Accessibility links
Texas' Voter ID Law Creates A Problem For Some Women A strict voter ID law being tested in Texas is having unexpected consequences. It requires the name on voters' official ID to match with the name on their voter ID card. That's causing problems for some women, whose names changed because of marriage or divorce. 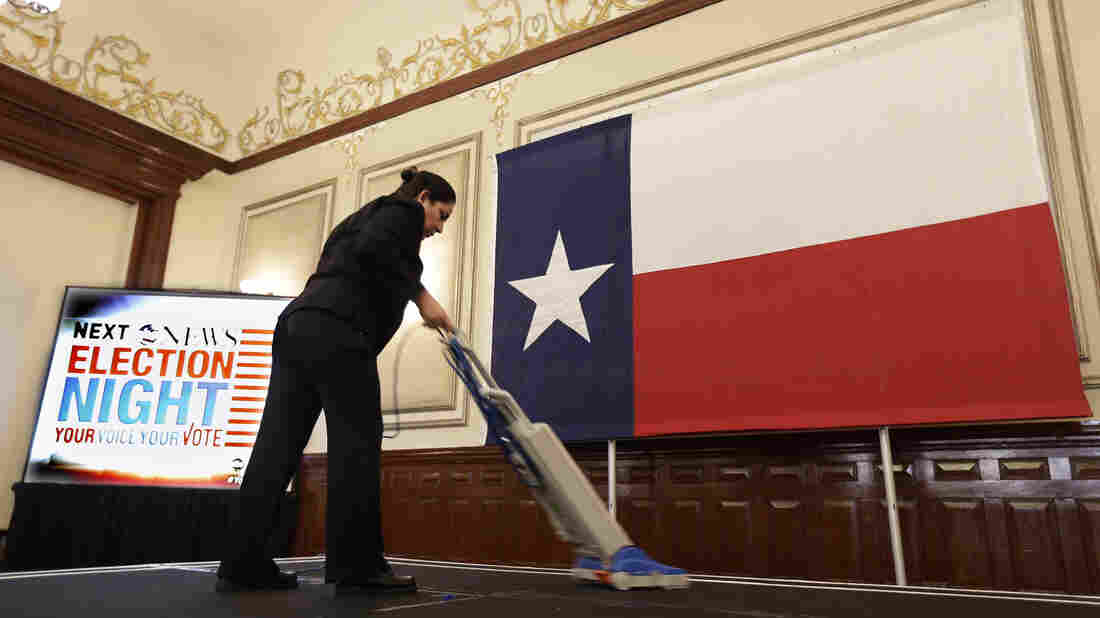 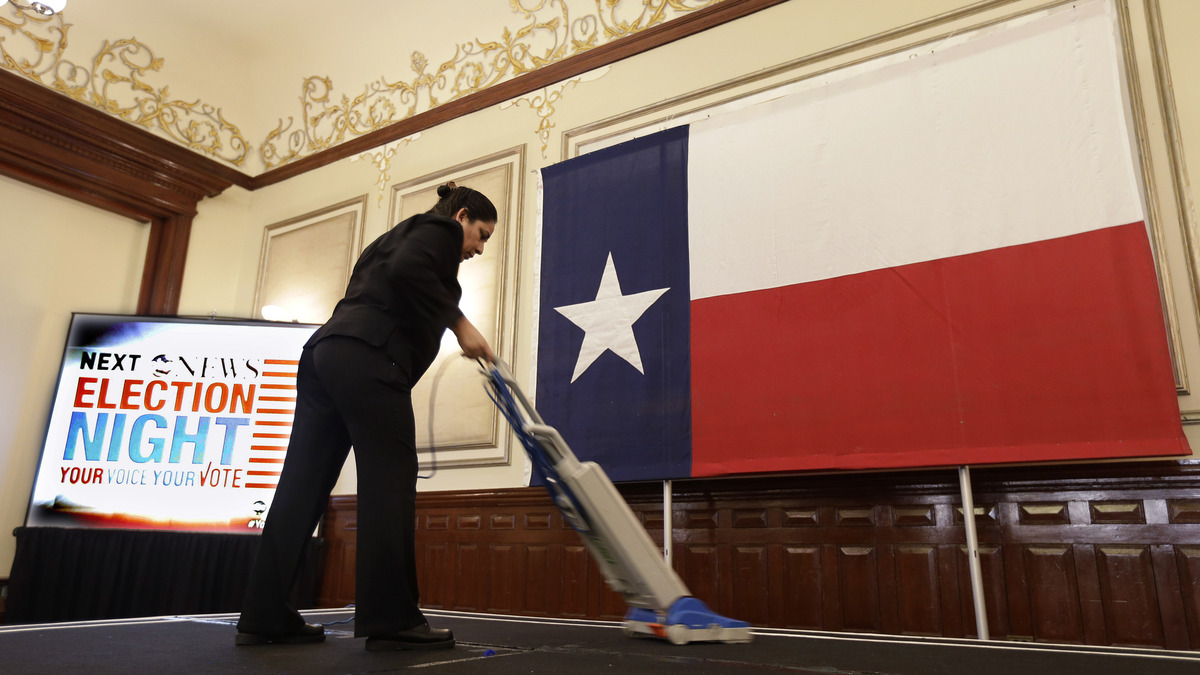 In 2012 a federal court struck down Texas' ID law, ruling it would potentially disenfranchise hundreds of thousands of minority voters.

But that federal decision was invalidated when the Supreme Court last year ruled part of the Voting Rights Act unconstitutional. So now Texas is test-driving its voter ID law — one of the most restrictive voter ID laws in the nation.

Texas judges are accustomed to a certain level of respect, even deference as they go about their daily business in the Lone Star State. So imagine Judge Sandra Watts' surprise when she went to cast her vote last week and was told there was a problem.

"What I have used for voter registration and identification for the last 52 years was not sufficient yesterday when I went to vote," Watts says.

Why? Because Watts' name on her driver's license lists her maiden name as her middle name. But on the state voting rolls, her given middle name is there, and that's difference enough to cause a problem.

"This is the first time I have ever had a problem voting," she says. "And so why would I want to vote provisional ballot when I've been voting regular ballot for the last 49 years?"

Watts stomped out of her polling place and called the local Corpus Christi TV station KIII. Her voting problems became the lead story that night.

The original Justice Department concern with Texas' voter ID law involved its discriminatory effect on the state's poor and minority voters. In 2012 a federal court ruled it unconstitutional on that basis, but that ruling was itself invalidated last year when the U.S. Supreme Court struck down part of the Voting Rights Act. And with that, Texas' voter ID law was back from the dead. So it's come as a surprise how, in practice, the law has also been a problem for Texas women.

Soon after Watts went public, the Democratic candidate for governor, state Sen. Wendy Davis, also was forced to sign an affidavit before she could vote. Married women, divorced women, anything that involves changing or adjusting your name could be a problem.

"What the law says is in two parts," says Toni Pippins-Poole, the elections administrator for the city of Dallas. "You must have a photo ID and that photo ID has to be one of the listed categories."

For example, it is fine to use a concealed handgun carry permit to vote, but a student can't use his or her university photo ID as he could before. Texas Democrats complain that's because those who carry concealed tend to vote Republican while university students tend to vote Democratic.

"The second part of the photo ID bill is that the name on the ID that you are presenting has to be identical; exactly match what we have on the official list of registered voters," Pippins-Poole says. She knows the real test is next year's congressional elections, and she's concerned about elderly voters.

"People come from the nursing homes, they come in buses, and they typically are the ones who bring just their voter registration card," she says. "They don't drive anymore [so] there's no need for an ID, [and some] don't have a birth certificate."

These voters will either be turned away or allowed to vote provisionally and their ballot set aside. They have a week to return to the registrar's office with a passport or birth certificate. If not, their vote is cast out.

This worries Mark McKenzie, a political science professor at Texas Tech who has been following voter ID closely. McKenzie says there's not been much training of election officers.

"It's unclear to me that the election officers will even inform the voters who vote provisionally that in order for their vote to count they have to go back and show more documents," McKenzie says.

Texas Republicans say this brouhaha is just Democrats making a mountain out of a molehill.

"The polls show the vast majority of likely voters support the idea of showing a voter ID when you cast the ballot, when you cast a vote, to protect the integrity of the election process," says Chris Gober, an attorney with the firm Gober Hilgers, which practices political law and has defended Texas Republicans in the state's redistricting battle.

Gober says the reports of problems at the polls are overblown and that poll officers have been told to err on the side of voters.

As for Texas Democrats, they like to point out that over the past 13 years there's been just one case of in-person voter fraud in the state. The Texas voter ID law is again before a federal judge in Corpus Christi.