Accessibility links
Movie Review' - 'Man Of Tai Chi' - Keanu Reeves Takes The Director's Chair Keanu Reeves directs and stars in the tale of a tai chi master (Tiger Hu Chen) who competes in an underground fight-club ring. Filmed in Hong Kong, Beijing and Macau, Man of Tai Chi is a creditable Asian-style action film from one of the genre's notable Hollywood fans. 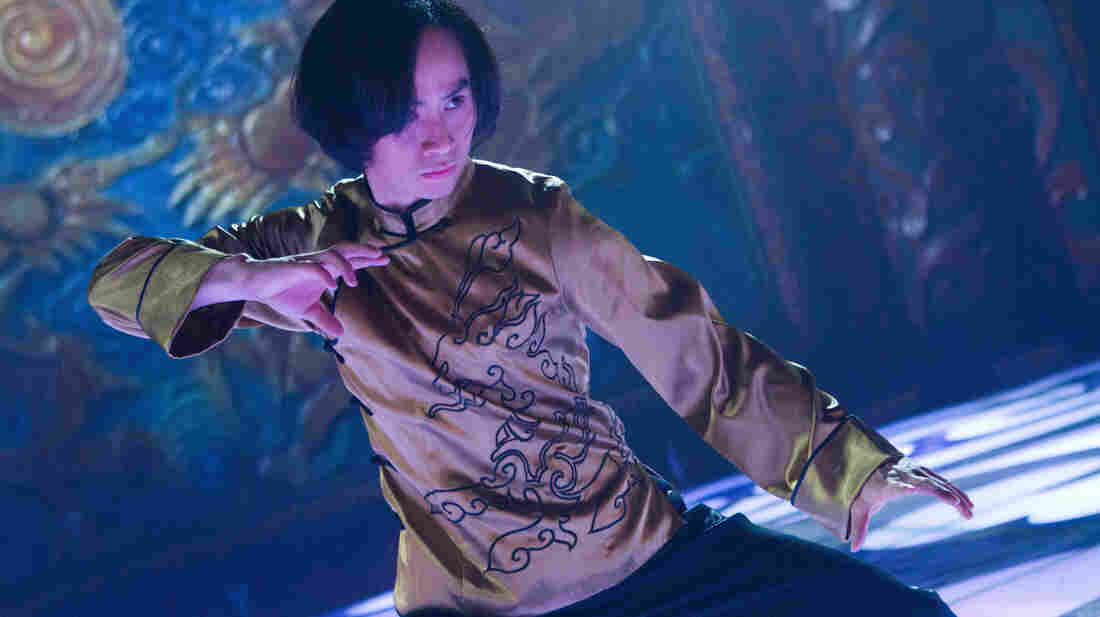 In Man of Tai Chi, the titular practitioner (Tiger Hu Chen) joins an underground fight-club ring to prove that his chosen art belongs in the arena. RADiUS-TWC hide caption 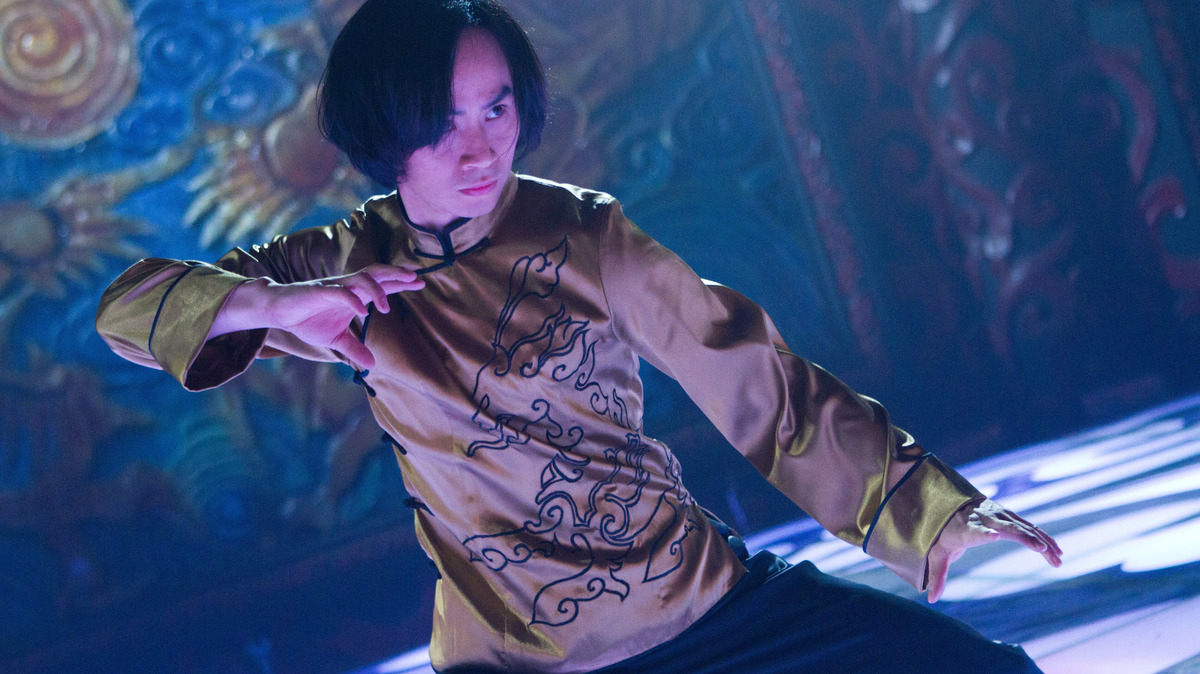 In Man of Tai Chi, the titular practitioner (Tiger Hu Chen) joins an underground fight-club ring to prove that his chosen art belongs in the arena.

In Cantonese, Mandarin and English with subtitles

Keanu Reeves' directorial debut, Man of Tai Chi, is basically the anti-Kill Bill. Both movies are quilted together from their auteurs' favorite Asian action flicks, but where Tarantino's was overheated, Reeves' is elegantly iced. It's martial-arts mayhem with a touch of zen.

Reeves has clearly seen many Hong Kong films, and with the help of two veterans, Hollywood cinematographer Elliot Davis and HK editor Derek Hui, he's replicated one. From the greenish tint of the scenes set in the former British colony to the dusty palette of a rustic mainland temple, Man of Tai Chi looks like what it intends to be.

The film stems, however, not from an Asian flick but from a Hollywood hit that was heavily indebted to Hong Kong: The Matrix. The title character is played by Tiger Hu Chen, who trained Reeves for that movie, and the action choreographer is Yuen Woo-ping, who had the same job on the Wachowskis' trilogy (and also Kill Bill).

In fact this movie was conceived as a showcase for Chen, who plays a pure-hearted practitioner of tai chi with a name much like the performer's own: Chen Linhu, a Beijing deliveryman known as "Tiger" once he begins a side career as a fighter. Tiger means to prove that tai chi can be fierce as well as gentle, a mission he pursues over the objections of his otherwise apprentice-less teacher (Yu Hai).

Taking tai chi in a direction unimagined by practitioners who use it as a sort of Chinese yoga, Tiger win a series of bouts against masters of other, seemingly more threatening styles. Chen acquits himself well in these scenes — which is important, since they're the principal reason for the movie.

The fighter is less persuasive as an actor, but he's no more wooden than the man who plays his nemesis: Reeves himself. As Hong Kong-based security company owner Donaka Mark, a ruthless plutocrat with Darth Vader's fashion sense, Reeves is so deadpan he's nearly embalmed. 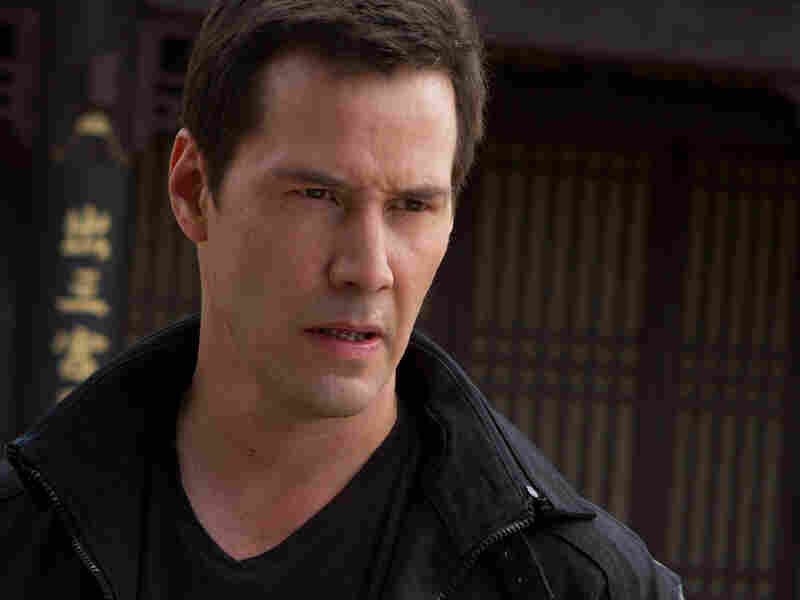 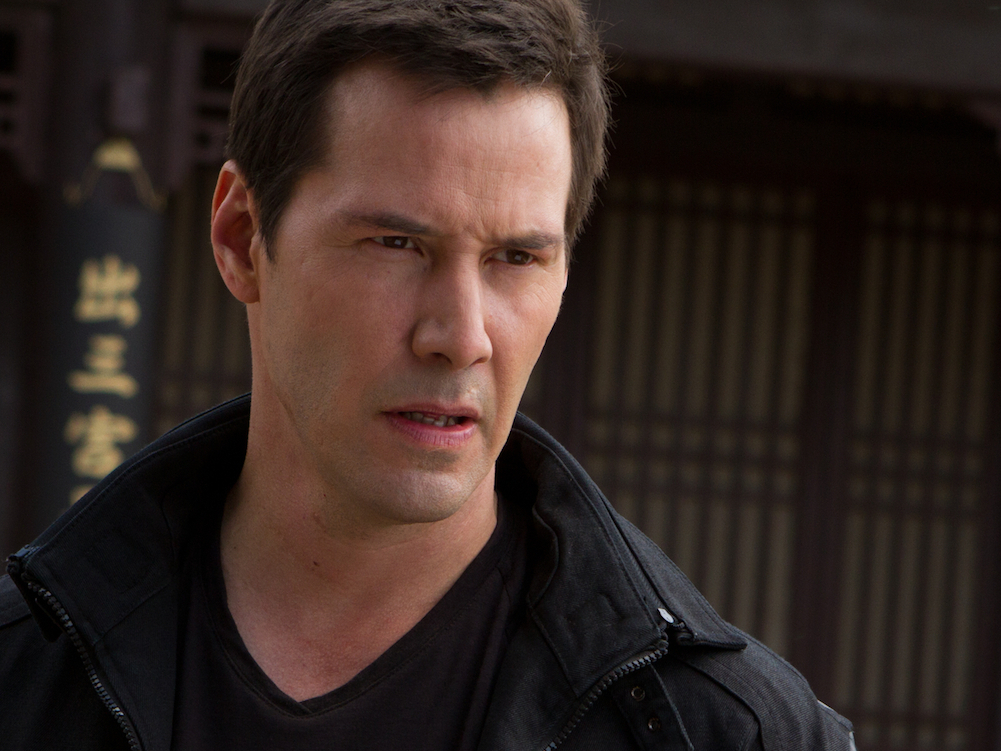 Donaka stages illegal underground fights, for reasons never fully discerned by the HK police captain investigating him. (She's played by Karen Mok, outclassing the leads at every turn.) After seeing Tiger on TV, Donaka recruits him for his fight club, and soon, the man from Beijing is flying in regularly to battle various bruisers. (The movie treats Beijing and Hong Kong as if they're the Twin Cities, though in reality they're more than 1,200 miles apart.)

Tiger's opponents include a guy who dresses like the lead singer of Judas Priest and, in the anticlimactic last official fight, Indonesia's Iko Uwais, star of the much brawnier The Raid: Redemption.

In the spirit of The Matrix, not to mention the NSA, Man of Tai Chi depicts a world of constant surveillance and frequent manipulation. Tiger's whole life becomes a reality show, although only for the wealthiest of pay-for-view clients. After he rises to star status among this jaded clientele, Tiger fights in front of small audiences of decadent hedonists who expect every match to end with one of the combatants' deaths. So does Donaka.

The champion who ultimately rejects the violence of his avocation is a familiar figure in kung fu flicks, and Reeves' movie doesn't really have anything to add; despite the high-tech, high-style touches, it's a fairly traditional affair.

The film is flashy, though, from the opening strobe-light assault and Donaka's black-and-charcoal demimonde to a score that leavens chattering techno with blaring arena rock. If there's nothing much beneath the gleaming surface — well, that just proves that Man of Tai Chi really is a child of The Matrix.