Accessibility links
Jared Leto Was 'Seduced' By Role Of Rayon In 'Buyers Club' In Dallas Buyers Club, Leto plays Rayon, a transgender woman who is living with HIV and a drug habit. Rayon becomes an unlikely friend to Ron Woodroof (Matthew McConaughey), a rodeo cowboy who starts smuggling HIV drugs from Mexico in the 1980s after he's diagnosed as HIV-positive and given just a few weeks to live. 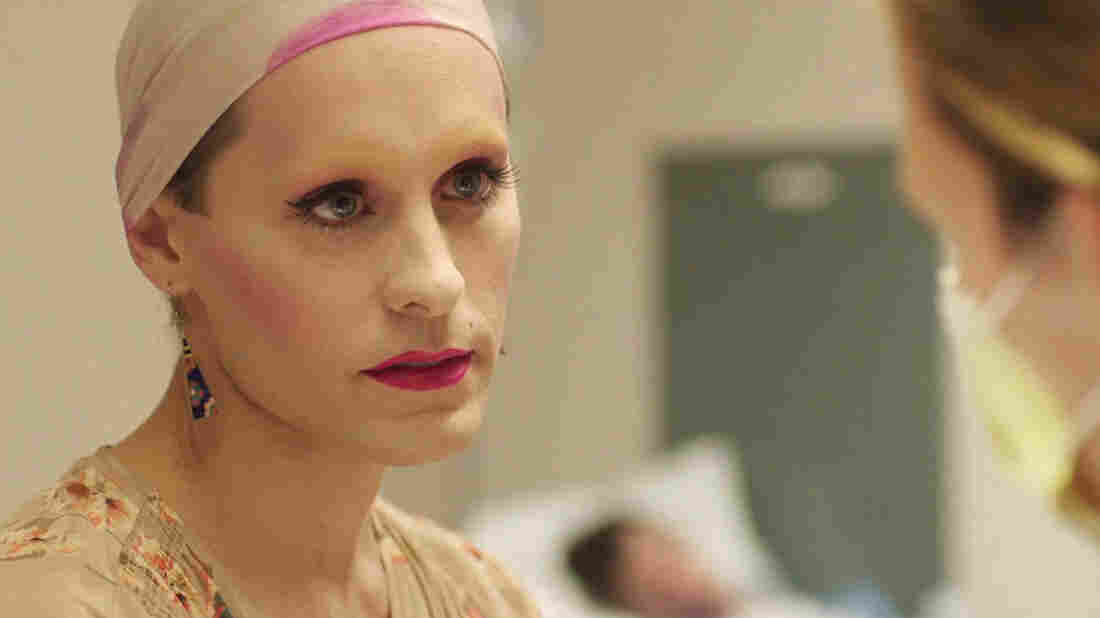 In Dallas Buyers Club, Jared Leto plays Rayon, a transgender woman who is HIV-positive and struggling with a drug habit. "I always saw Rayon as someone who wanted to live ... life as a woman, not just someone who enjoyed putting on women's clothing," Leto says. Anne Marie Fox/Focus Features hide caption 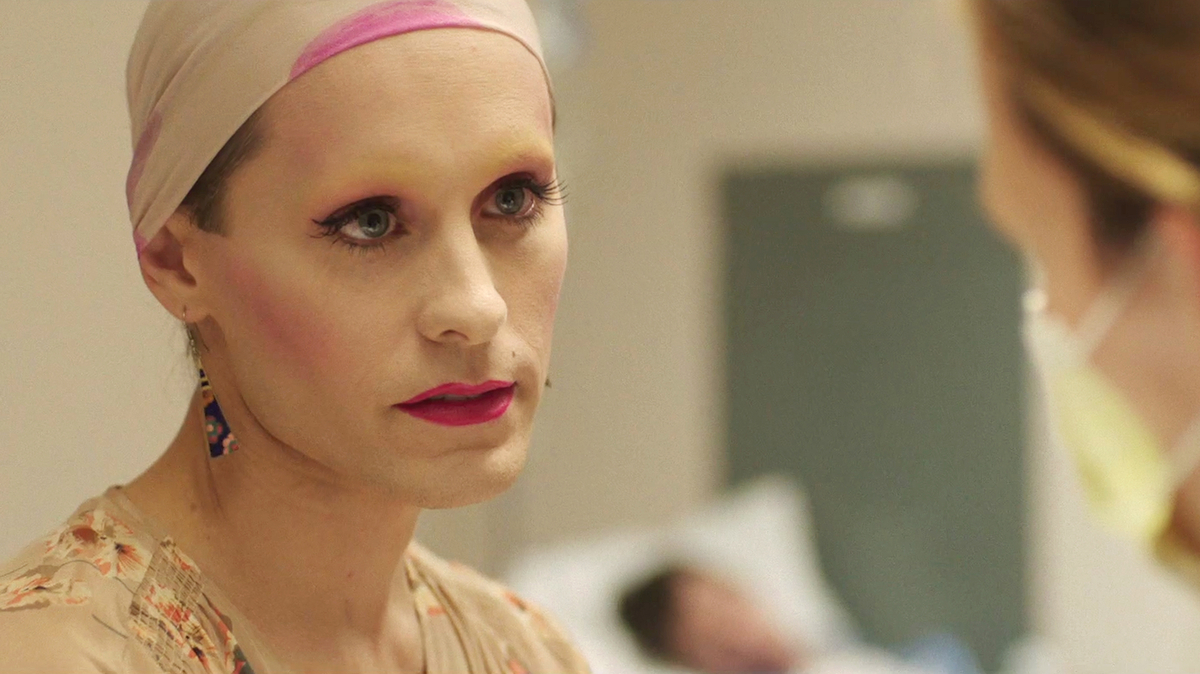 In Dallas Buyers Club, Jared Leto plays Rayon, a transgender woman who is HIV-positive and struggling with a drug habit. "I always saw Rayon as someone who wanted to live ... life as a woman, not just someone who enjoyed putting on women's clothing," Leto says.

Dallas Buyers Club is based on the story of Ron Woodroof, a rodeo cowboy and electrician, who was diagnosed as HIV-positive in 1985. With the latest drugs still in the trial phase, he was told he didn't have long to live. Without access to possibly life-prolonging drugs, he sought out alternative treatments in Mexico and smuggled those drugs into the U.S., forming a buyers club for fellow HIV patients.

Woodroof (played by Matthew McConaughey) works closely in the buyers club with Rayon (Jared Leto) — a transgender woman living with HIV and struggling with a drug habit — and the two become unlikely friends.

Leto tells Fresh Air's Terry Gross that he was "seduced" by the richness of his character and a phenomenal script. It was an opportunity, he says, "to be a part of something that was really special."

Leto first became known in his role as Jordan Catalano in the TV series My So-Called Life. He has appeared in the films Requiem for a Dream, Panic Room and Chapter 27. Dallas Buyers Club is his first film in several years — he took some time away from acting to focus on his band 30 Seconds to Mars.

These little films, they can break your heart. I tend to make smaller films, independent films, and it's a risky business. You have to be really careful about what you do. But when I read the script I thought that this was a worthy experiment and I was really, really excited to work with this incredibly gifted group of people.

Sometimes [little films] don't work, they don't come together, and of course they don't have the support or they don't find an audience. It's a beautiful thing to work with people who are willing to risk it all. I felt that way a few times in my career, and certainly felt that way on Dallas Buyers Club.

On not breaking character on the set

When you're on set, most of the time ... your performance is limited to when the director yells "action." We didn't do any rehearsal on this film, which was great, actually. Your time creating, experimenting is on camera. When you stay in character your performance time is unlimited. It's all day long on the set. And it can educate you and give you an opportunity to build the character, for me in a much better way. I also think that the role was so far removed from who people may expect I am in my daily life that it was really beneficial to stay as close to the part as possible. I couldn't imagine every time the director yelled "action" to have to recall all of the physicality, all of the stuff going on inside, the voice as well, and the dialect and the walk, the body center, the circumstances on a moment's notice. That would be a much better actor than I am.

On losing and gaining weight for different parts

I would never ever, ever in a million years gain weight for a film again [as he did for Chapter 27]. It's much more damaging to gain weight than to lose. I mean, I lost between 30 to 40 [pounds] on Dallas Buyers Club and I stopped counting ... but you know, it's a really challenging thing to do. It's not something that should be treated lightly by anyone; I would never suggest anyone do it — gain or lose — but in this particular case I was playing a drug addict who was dying of AIDS and I felt it was important and would also provide a certain amount of fragility to the character. But losing weight is a great tool. It changes the way you walk, the way you talk, the way people treat you, the way you feel about yourself; it changes the choices that you make, so it was an essential element of the character-building. ...

I remember there was a time where I was washing my makeup off in Dallas Buyers Club and I was like, "Man they did a great job, I'm lookin' real sick." And then I got a hot towel and put it on my face again and then I washed it again and I realize that it wasn't the makeup anymore it was just my face and that was a bit of a surprise.