Accessibility links
What Happens When The Pace Of Startups Slows Down New businesses normally create many of the new jobs in the American economy. But since the financial crisis, the pace of business formation has slowed sharply. Some economists worry that with fewer companies forming for five years now, that's going to stunt job growth for years to come. 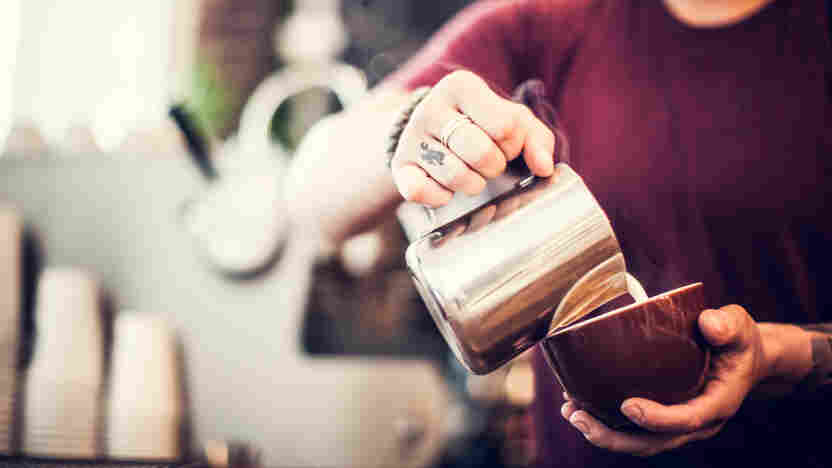 Is this coffee shop going to grow to be the next Starbucks? iStockphoto.com hide caption 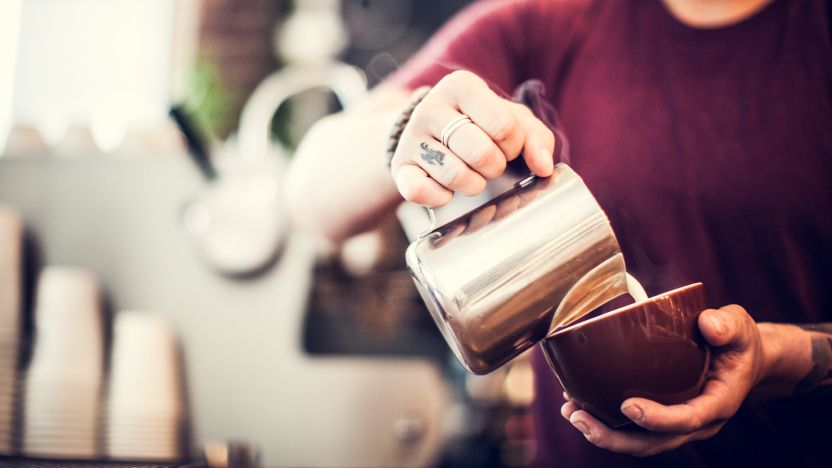 Is this coffee shop going to grow to be the next Starbucks?

Since the financial crisis hit five years ago, there aren't as many Americans starting new businesses. In uncertain economic times, it's harder for entrepreneurs and investors to take the risk.

And if you look back over the past 25 years, it turns out the overall trend is toward fewer new businesses getting started, too — and that's not good at all when the country needs more jobs.

New businesses are really important for the economy. For one thing, they often come up with new technologies and better ways of doing things. And when they do that, a small percentage start growing very fast and hiring hundreds or thousands of people.

"Out of this vast number of startups, about 10 percent take off, and they create an enormous number of jobs," says John Haltiwanger, a professor at the University of Maryland. He's an economist who studies these young, high-growth companies.

The State Of The American Small Business

So some of these are companies like Google, or before that, Starbucks or FedEx — and plenty more that aren't quite that big or well-known but that grew very quickly selling soy milk or mountain bikes or a break-out popular chain of hair-cutting salons.

But one thing we do know is that since the financial crisis, entrepreneurs just aren't starting as many of these businesses.

There are a couple of different ways to measure this. But Haltiwanger suggests looking at the total number of new firms created every year as a percentage of overall firms.

"It used to be the case, in any given year we were up in the 12, 13 percent range. Now we're down in the 7 or 8 percent range. ... We're talking about hundreds of thousands of less startups today than we used to see," he says.

Maybe some of this is longer-term demographics. As the baby boomers aged, there weren't as many younger people who are more likely to start businesses. And then when the financial crisis hit five years ago, the entrepreneurship rate fell more sharply.

"Young firms got really hammered in the Great Recession, and they've been very slow to recover," Haltiwanger says.

One reason it's been harder for people to start companies: money. Since the bubble burst, banks, angel investors and venture capital firms got much more cautious. But some of that is now starting to change.

"We will fill this space in less than a month, absolutely, with stuff," says Chris Pacheco, CEO of Bayesian Ventures. His new company is moving into a lab next to MIT in Cambridge, Mass. He's working on technology to help surgeons tell the difference between cancer cells and healthy cells.

The No. 1 reason he quit his job to start this business?

"The access to capital," Pacheco says. "I had somebody who was willing to give me capital in order to do this."

And in this area in particular — medical technology — there's plenty of optimism.

"Every single one of them has the potential to really change medicine," Fruehauf says. "The stuff that Chris is working on — you know, I'm a physician, so we cut out tumors, and we don't know if it's healthy or bad. Now you stick a probe into it and it's going to tell you ... cut more, cut less. These things are paradigm changing."

So Fruehauf sees entrepreneurship in America from where he sits as alive and well.

Still, Haltiwanger says, when you look across the country, the entrepreneurship rate hasn't recovered from the financial crisis.

"Each month that goes by, I'll say, I become a little more pessimistic that ... this is indeed stunting our growth," he says.

Haltiwanger says millions of Americans desperately need jobs. And the engine of job growth — these young, fast-growing companies — is still sputtering along at the lowest level in 25 years.