Accessibility links
Adult Education: What It Takes (And Means) To Learn English As An Adult The wait to gain entry to adult English-language classes can be long. Once you're in, balancing class with family and job obligations can be a challenge. But many immigrants are determined. Ana Perez says she tries to never miss a class: "A day of studying is sacred for me." 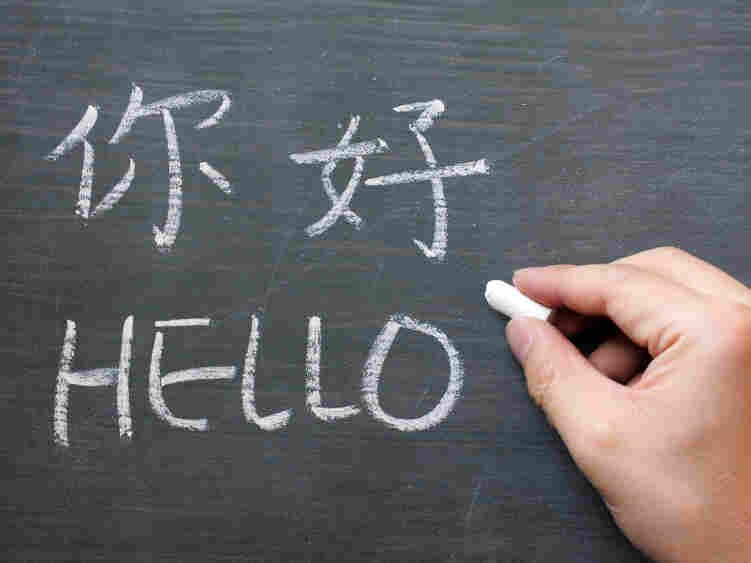 Millions of adults who grew up speaking a language other than English are still held back by their language skills. /iStockphoto.com hide caption 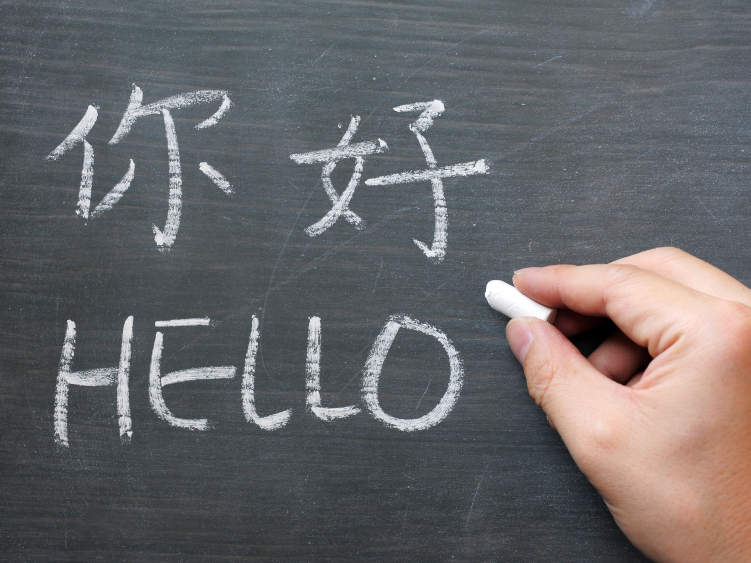 Millions of adults who grew up speaking a language other than English are still held back by their language skills.

This is the second report in a four-part series on adult education.

Ana Perez never made it to high school. Her education ended after the sixth grade, when war broke out in her native El Salvador. She says she's "desperate" to learn English, but she gets nervous trying to speak it.

Immigrants like Perez see English as the key to a better life. Many hope learning the language will help lift them out of poverty and integrate them into American society. But gaining English proficiency is a difficult task amid everyday obligations.

Perez has taken English classes off and on for almost 20 years. Now she's trying to fill in the gaps in her education, even though she says it's challenging to juggle everything.

"I have to study. I have a grandchild, I have a daughter, a husband. Everything adds up," she says in Spanish.

But Perez takes two buses and comes to class every day at the Carlos Rosario International Public Charter School in Washington, D.C.

"I try to never miss a day. A day of studying is sacred for me. I swear," she says.

Perez, like many of her classmates, struggles to balance learning English with jobs, child care and household responsibilities. Jorge Delgado, the assistant principal at Carlos Rosario, says many of his adult students make "incredible sacrifices" to come to class.

The student would get off work at 5.

'Stepchild Of The Stepchild'

There are millions of adults — mostly immigrants — who grew up in the United States speaking a language other than English at home; many of them are still held back by their limited language skills. Of those, only 3 to 5 percent are being served in English classes, says Heide Wrigley, a senior researcher at Literacywork International.

"Adult education is a bit of a stepchild in terms of research and the resources available," she says. "And within that, the stepchild of the stepchild is really adult second-language acquisition."

There are long waiting lines for English classes in almost every state. Perez was lucky to get into Carlos Rosario, which has a waitlist of 1,000 prospective students.

At The Literacy Council of Montgomery County in Maryland, Carol Dymond teaches an English conversation class. She has students from dozens of countries.

One of the students, Hyunok Hong, is struggling with the sound of the letter "z" because there isn't an equivalent sound in her native Korean.

Researcher Wrigley says she's often asked, "Why can't immigrants just learn English?" She says she has to remind people how difficult it is to learn another language and how long it takes.

"It doesn't just require that you learn the grammar and the pronunciation. You need thousands of words," she says. "And you have to build what we call 'communicative competence' that allows you to know not just what to say, but what to say to whom and when. And what not to say."

Despite how difficult it is, many immigrants keep at it.

When asked why she wants to learn English, Hong looks confused. The answer seems so obvious: "I live in America; I am American."

Hong's dream is to learn enough English so she can go on a road trip by herself. One of her classmates says longingly she'd love to make American friends; another wants to help her child with homework.

Wrigley says immigrants' ability to speak English is about more than just the language — it makes for a stronger, more integrated country.

"It's really a way to support social cohesion and to feel like you're part of that fabric of the wider U.S. community," she says.

For Hong and Perez, learning English gives them a chance at a better job and a better future for their families. But there are thousands more who are waiting and hoping for their own shot at the American dream.