Accessibility links
Pentagon Pushes States On Benefits For Same-Sex Couples After the Supreme Court struck down the Defense of Marriage Act, the Pentagon said it would offer military IDs and extend the benefits that come with them to same-sex partners. But some states that don't recognize gay marriages have refused to issue the IDs to same-sex spouses of National Guard members. 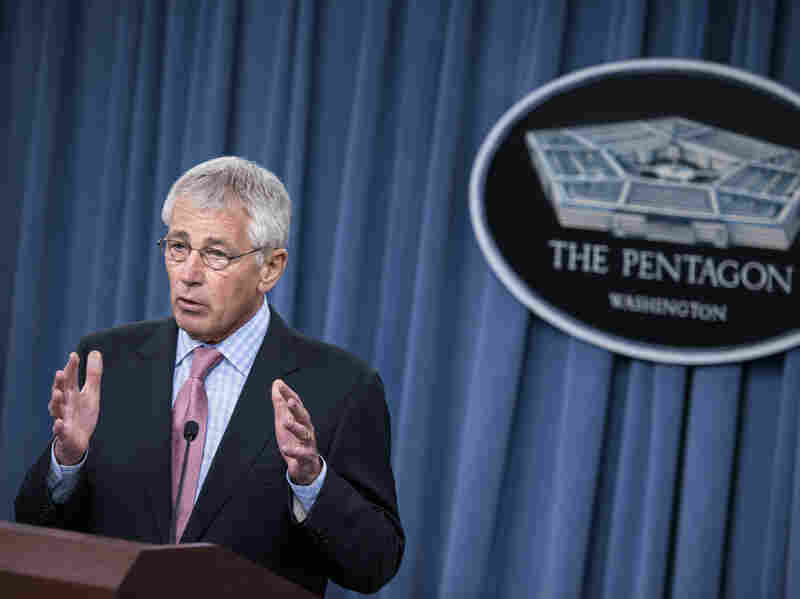 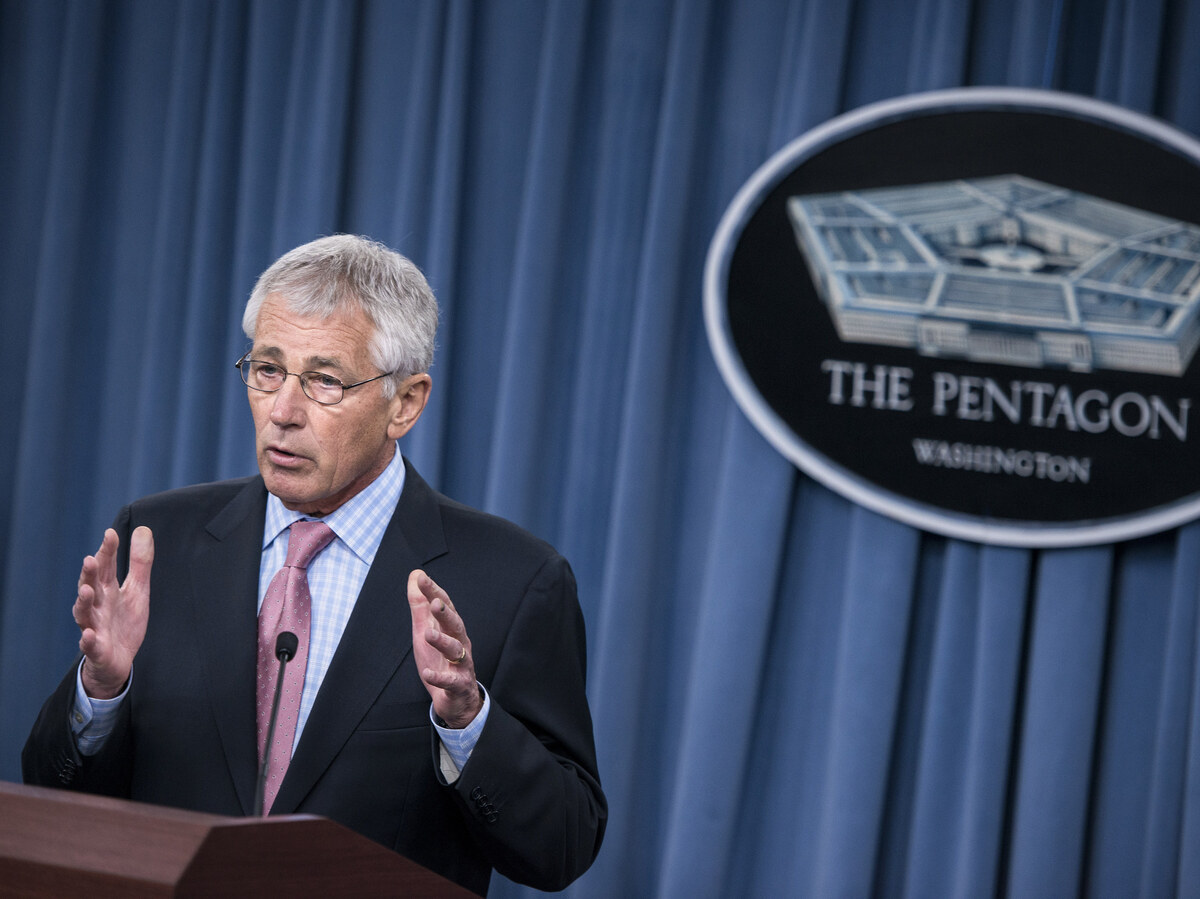 The Pentagon extended military benefits to same-sex spouses this summer, but some states have been resisting. Defense Secretary Chuck Hagel called that resistance "wrong" on Thursday.

Secretary of Defense Chuck Hagel has directed the National Guard Bureau to resolve a dispute that is making it difficult for same-sex couples to receive military benefits.

The Pentagon started to recognize same-sex marriages soon after the Supreme Court struck down the Defense of Marriage Act this summer. But some states are resisting.

Alicia Butler is the same-sex spouse of a member of the National Guard living in Austin, Texas. Once the Pentagon said it would offer military IDs to same-sex couples, Butler went to her wife's Guard base, Camp Mabry, and asked the clerk to sign her up.

"He said, 'Well, I'm sorry, but the state of Texas can't process your enrollment information, and you'll have to go somewhere else,' " she says.

The couple was told to drive to a nearby federal base — like Fort Hood, more than an hour way — to get ID cards. They have a newborn, so they haven't been able to make the trip.

As a result, Butler cannot shop at the base store, get medical treatment or receive the other benefits available to military spouses.

For now, Texas and eight other states that don't recognize same-sex marriages have been refusing to issue those military IDs to partners of Guard members.

"This is wrong," he said. "It causes division among our ranks, and it furthers prejudice."

In an address to the Anti-Defamation League in New York, Hagel said he was telling Gen. Frank Grass, chief of the National Guard Bureau, to meet with the heads of the states' Guard units.

"The adjutants general will be expected to comply with both lawful direction and [Department of Defense] policy, in line with the practices of 45 other states and jurisdictions," Hagel said.

Oklahoma Gov. Mary Fallin has directed her state's Guard not to process requests for benefits for same-sex couples. She says she's following the wishes of her state's voters, who passed a constitutional amendment in 2004 that makes it illegal for the state to recognize same-sex marriage.

The Texas National Guard said in a statement its adjutant general looks forward to meeting with Grass. The issue, the state says, is not a denial of benefits; Texas "treats all military members and their families with dignity and respect, regardless of sexual orientation."

Chris Rowzee, National Guard affairs liaison for the American Military Partner Association, says the situation does not make sense, since the state is really not being asked to use its money to serve same-sex couples.

"Computer systems, the equipment that is used both to process the enrollments as well as provide the services — it's federal equipment, federal programs," Rowzee says.

Short of an agreement, legal experts say court challenges are likely or the Pentagon could exert pressure by withholding funds from those Guard bases. But that might irritate members of Congress who appropriate that money.