Accessibility links
Questions for David Lehman, Author Of 'New And Selected Poems' Best American Poetry editor David Lehman has spent decades writing, reading, reviewing and anthologizing massive quantities of American poetry. But his latest project, compiling a retrospective collection of his own work, was new for him. He tells NPR that all his editorial experience wasn't terribly useful when it was time for self-curation.

'I Feel A Bit Like A Spy': A Q&A With Poet David Lehman

'I Feel A Bit Like A Spy': A Q&A With Poet David Lehman 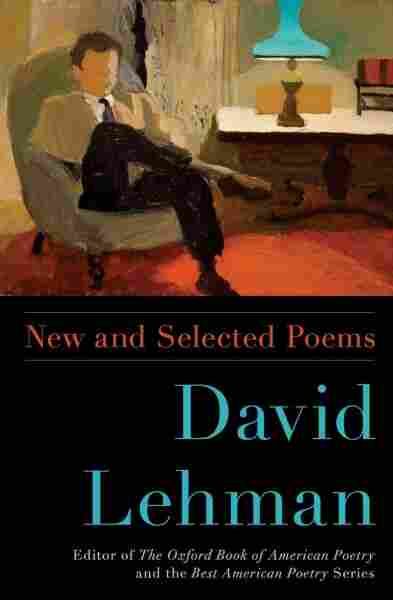 Seventeen years ago, the poet, writer and editor David Lehman resolved to write a poem every day. It sounds a little similar to National Novel Writing Month, which kicked off yesterday — except that Lehman kept it up for five years, publishing many of the daily poems in literary journals and in two well-received collections

When Lehman started to work on a retrospective collection, it took him two years to sift through what he'd written. The result, New and Selected Poetry, presents samples from his work in reverse chronological order. Over the phone, Lehman told me about his unhelpful anthologizing know-how, his 40-year effort to translate a single poem and why he's inspired by spy novels.

You have a lot of experience selecting poems from the body of work of other poets. How does that relate to the project of curating your own work for a book like this?

I feel that when I read for the Oxford [Book of American Poetry], or the Best American Poetry, I read as generously as possible, and I have a certain receptiveness to American poetry — and really world poetry, in all its variety. And then to my chagrin I found that all of this know-how and experience did not necessarily help me in making selections of my own work. It's much more difficult to see your own work with a certain kind of quiet detachment that is necessary in such a project.

You feature several translations in the book. Do you have plans for a volume of translations? You've never done a book of just translations.

No, I never have. I'm very aware of my limitations as a translator, and also of the difficulty of making translations. With ["Zone," by Guillame] Apollinaire, it took about 40 years to do that translation. I remember beginning it when I was a graduate student in England and Paris, and then committing a full draft in 1978, and then letting it sit for a while, and then going back, and never being sure if, you know, what I had done was very good.

But when the poem appeared in the Virginia Quarterly Review a year ago, it got such good reception that I started translating the prose poems of Charles Baudelaire, from his book Spleen d'Paris. That's a book of 51 prose poems that's probably the most important volume of prose poems in the history of that form. To my mind it has never really been satisfactorily translated. Anyway, I started doing translations this past summer — I must have done 12 or 14, before, you know, running out of gas temporarily. So there is that possible project. 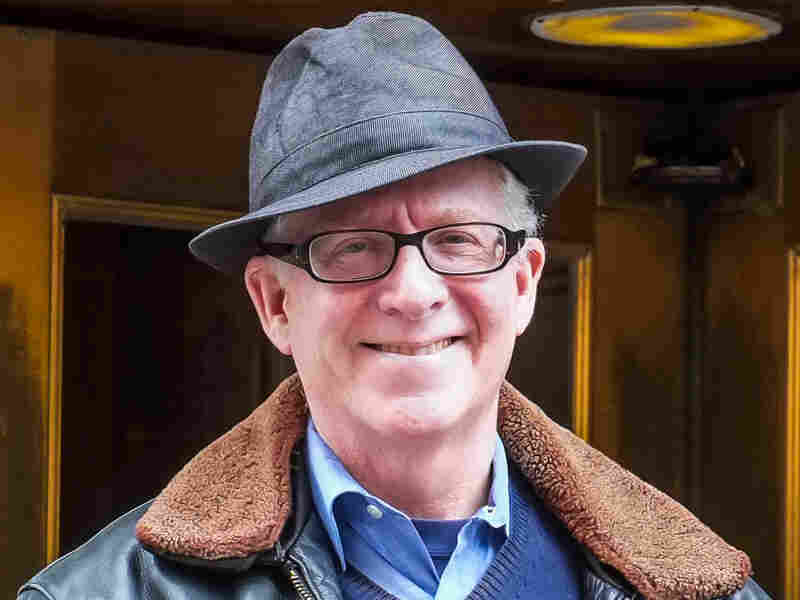 David Lehman is the editor for The Best American Poetry series and professor at The New School in New York City. His previous works include Yeshiva Boys and A Fine Romance. Courtesy of Scribner hide caption 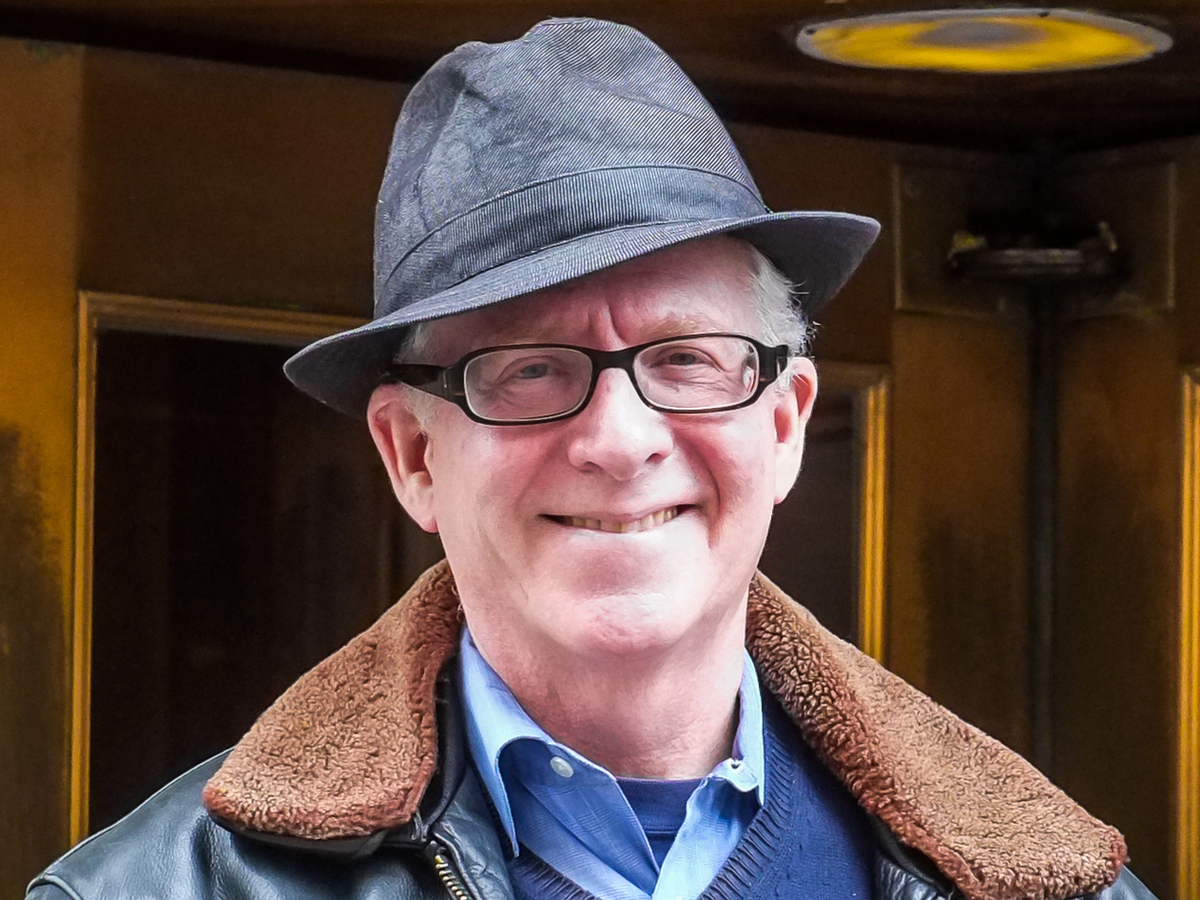 David Lehman is the editor for The Best American Poetry series and professor at The New School in New York City. His previous works include Yeshiva Boys and A Fine Romance.

I was struck by several poems that felt like compressed spy thrillers — including "The Formula," "The Escape Artist," elements of Yeshiva Boys and one of your older poems, "Perfidia." What it is about that genre that appeals to you?

I'm very drawn to the spy novel, in the hands of Somerset Maugham or Eric Ambler or Graham Greene. I wrote a book called The Perfect Murder, which is about murder mysteries and crime thrillers and the like, and at the time I could see certain elements that linked the hard-boiled detectives that Raymond Chandler has with the life of an American poet. And I think that sometimes I feel as if I have a secret identity. Sometimes I feel a bit like a spy.

When I worked in journalism — for about eight years I wrote about books and ideas for Newsweek, when it was a real print magazine — sometimes I would go to an event that I was covering, and felt like I was there, in a sense, as a spy. The difference between a journalist and a spy may be a real one, but there are times when there's a blurring of that distinction. I think also when I was in England and France as a young man, I felt very self-conscious about being an American, and I think that I sometimes must have felt as if I were infiltrating other places.

You've spent the past two years working on this project, looking at the arc of your poetic career ... what surprised you most?

How would you answer that question? Do you see changes there, or does something stand out in your mind?

I was reading some of your earliest poems and — this is a silly thing to say — it felt like the same poet. I guess a part of me was expecting a 40-years-younger David Lehman to be more different.

One thing that occurred to me when I read the book in galleys was that I had always thought that my poems were very varied in form, structure, tone — some were humorous, some less so, some autobiographical and some were concerned with historical figures, and some were written on this sort of daily basis and others were the product of years of labor. And yet when I read the whole volume, I could see — I guess it was a sort of surprise — that it's very much the same person from the start.

I don't know whether it's the voice that's the same or the personality or the concerns or the reflexes, but it does seem to me that the same person wrote all these poems. And I don't know what to make of that.

Is that amazing, or should that be obvious?

I always tell other people that the poems that they write that seem the least like one another are nevertheless, in ways that will be evident even to the writer herself or himself, linked. They are projections of the same creative mind.

Interview has been condensed and edited.

Read an excerpt of New and Selected Poems