Accessibility links
Turkey's 'Rockin' Imam' Inspires Youth, Tests Boundaries By day, he's in charge of a small mosque in a village in southeastern Turkey. By night, Ahmet Tuzer becomes the lead singer in the band FiRock, which mixes Sufi mysticism and psychedelic rock. 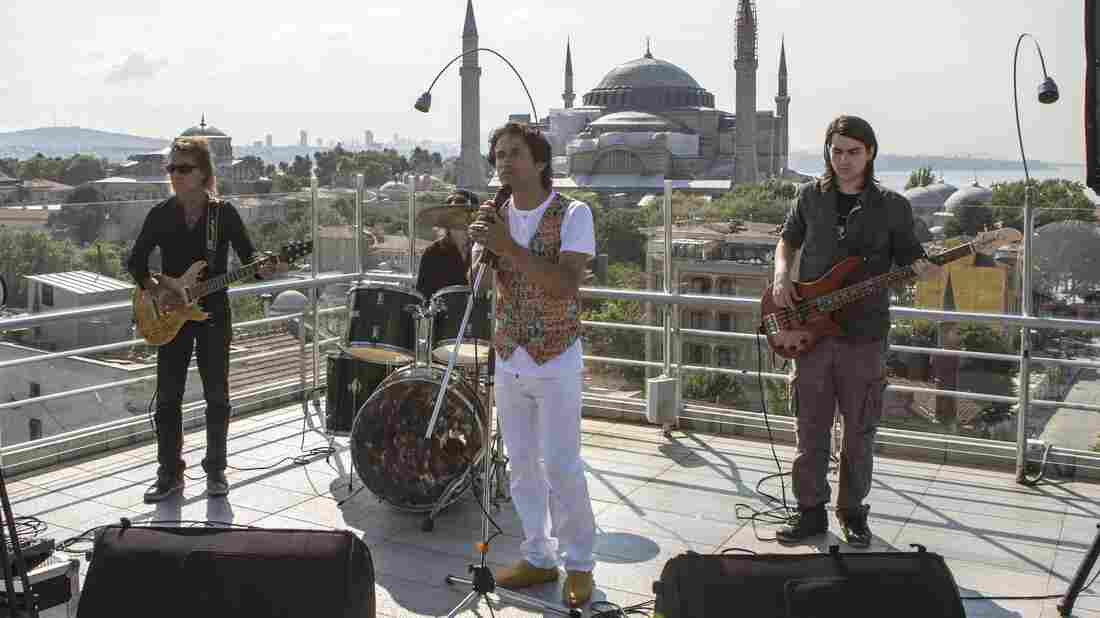 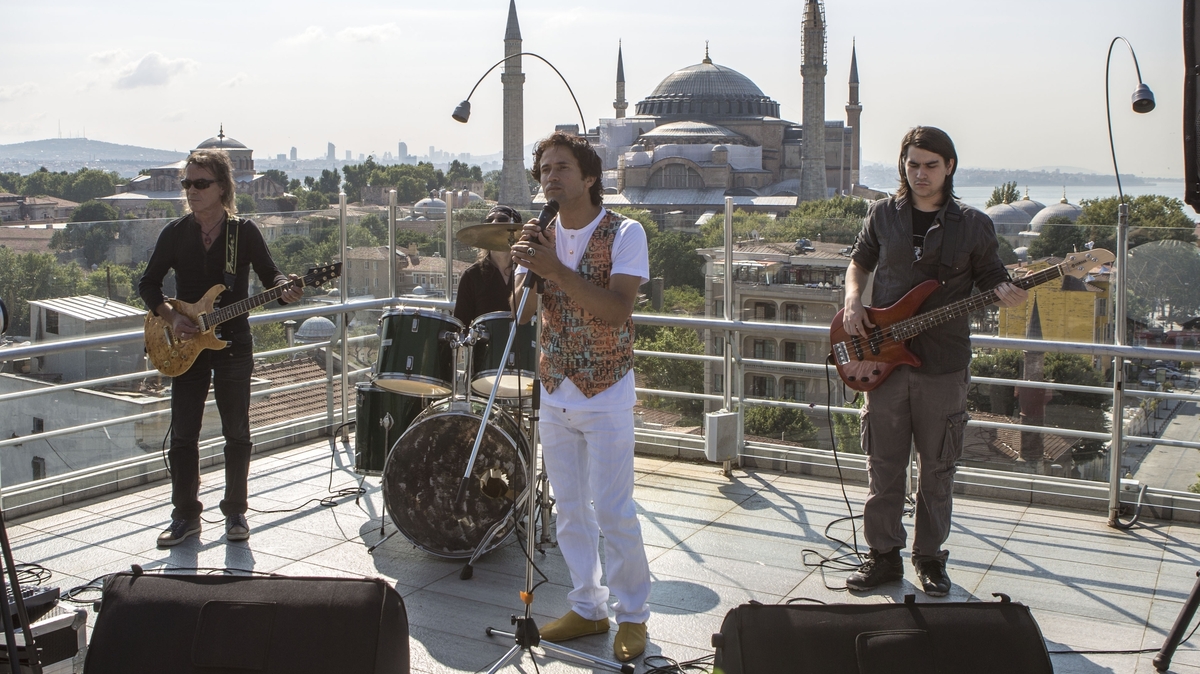 At 42, Ahmet Muhsin Tuzer has a modest post as imam in a small mosque in the village of Pinarbasi, near Turkey's Mediterranean coast, where he serves about 15 Sunni Muslim families. It's not the kind of place where you'd expect to find an imam attracting attention across Turkey and beyond.

But Tuzer is quietly — well, not so quietly, actually — pushing back against Turkey's religious establishment. He's attracting a following among younger Turks for his inclusive religious message, and especially for his work outside the mosque, fronting a rock 'n' roll band.

Tuzer says his new adventure began this summer, when he met veteran Turkish rock guitarist Dogan Sakin and they formed the band FiRock. He says it's a genre-jumping band.

"Rock, Sufi mysticism, psychedelic rock; it's a bit like Pink Floyd," he says. "We record sacred songs and originals. We want to embrace everyone, so we don't limit our music."

The Reaction: Surprise, Praise And An Investigation

Some of the villagers of Pinarbasi were nonplussed when they were invited to one of FiRock's first concerts, when the band's sound favored energy over polish.

Tuzer says the villagers still don't know what to make of his music, but they support him. Since then, the band has decided to record an album, and the first single, "Mevlaya Gel" (Come to God), tones things down from FiRock's live performances.

Turkey's conservative religious establishment, however, grew alarmed. In Turkey, all imams are state employees, paid by the Department of Religious Affairs, known informally as the Diyanet.

A Diyanet official in nearby Antalya said an investigation was opened into Tuzer's activities, to see if they were commercial, which is not allowed, but also to see if his music comports with the department's values.

Support, Even From Nonbelievers

Tuzer says he's not making money from his music and there's nothing in his lyrics that could offend anyone. He says the reaction so far is 80 percent positive.

"Islam has had a bad reputation, and can seem like a frightening thing," he says. "But the people who send me messages say, 'We like what you're doing, we need you for the enlightened future of Turkey.' I got one letter from an atheist, who said, 'I respect what you do and support you.' That was a big gift for me."

Tuzer is used to testing boundaries. His wife Mara was a Christian when they married. She says she converted to Islam as she learned more of the mystic side of Sufism. 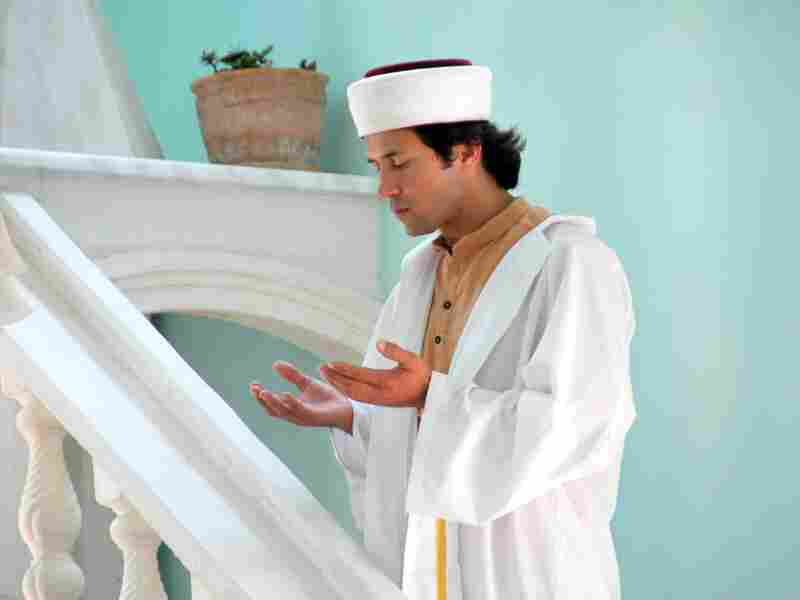 Tuzer says there's nothing in his lyrics that could offend, but religious conservatives have opened an investigation into his musical activities. Courtesy Ahmet Muhsin Tuzer hide caption 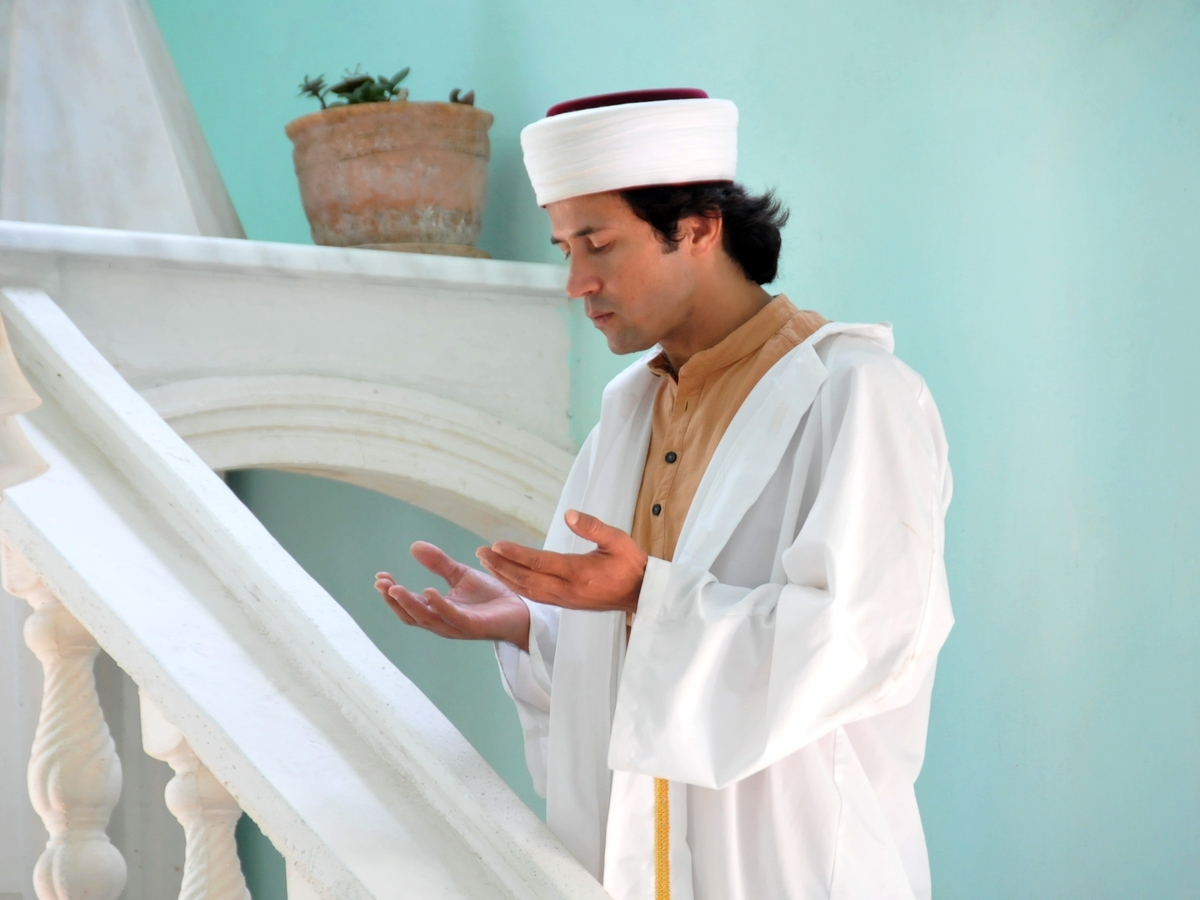 Tuzer says there's nothing in his lyrics that could offend, but religious conservatives have opened an investigation into his musical activities.

"The essence of Islam is love, I believe," she says. "As I focused on mysticism, I became more attracted to it and I decided on my own to convert. There was no pressure."

Along with the support, there have been some insults and even a few threats. But Tuzer says he believes in his message: Instead of worrying about the rules and restrictions of organized religion, find your own connection with God.

"What I believe is that if the Prophet Muhammed was alive today, he would definitely approve of what I'm doing," he says. "What I do is try to create good feelings and good thoughts in people's minds. How can this be wrong? I don't think it's wrong."

As the attention grows, Tuzer says he doesn't know what the future holds. He's modest but not shy: He says he'd like to record a duet with Madonna, known for her interest in the mystical side of Judaism.

Meanwhile, it's still not clear whether any of the faithful in the village of Pinarbasi are aware that their imam's heroes, in addition to the Prophet Muhammed, include Freddie Mercury and Pink Floyd.