Accessibility links
Risky Reads: 'The Satanic Verses' By Salman Rushdie In 1980s Arkansas, everyone was abuzz with Satan-paranoia. In the middle of the chaos, a teenage Scott Hutchins came across Salman Rushdie's The Satanic Verses. What he found wasn't demonic at all — instead, it was an eye-opening, complex narrative about sad failures, washed-up movie stars and wrecked marriages. 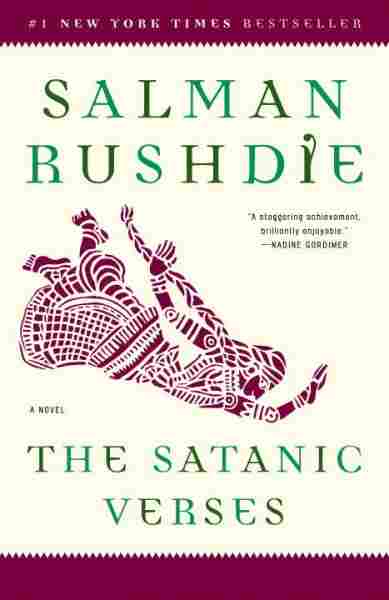 In 1980s Arkansas, one concern trumped all others: Satan. He whispered backwards on our rock albums. He possessed otherwise good people's bodies and brought them to sin. His worshippers — it was honestly believed and confidently proclaimed — lived among us.

So when my stepmother opened our town's first bookstore I was amazed by one book in particular: an infernal red and black volume called The Satanic Verses.

As was common with my stepmother's many schemes, business and otherwise, I was quickly dragged in for cheap labor. I was informed I'd be working Saturdays, mostly by myself. In this case, I didn't really mind. The bookstore appealed to my sense of the greater good — as well as my intellectual vanity.

And it wasn't hard work. Our only business was selling Harlequin romances for 50 cents and buying them back for 25. A typical Saturday would feature 10 or 12 of these transactions, all duly noted in our ledger: "Sold Blackmail 50¢, bought Moment of Madness 25¢." Otherwise, I tended the silence.

And so I began The Satanic Verses.

I had ready-made sympathy for Satanists. In the eyes of many of my evangelical neighbors, my family — Roman Catholics — might not have been in active league with the Devil, but were certainly headed to his abode. So when I read about Gibreel and Saladin falling from an impossible height I felt bad for them. But first I had to figure out the central mystery: which one was Satan?

The name Saladin was closer in spelling, but it sounded like a gerund involving leafy greens. The name Gibreel had a darker magic. The G — was it soft or hard? — and the double Es. There was something there. But what in the world were these two doing? Plotting evil? Hoping to ensorcel the innocent? No, they appeared to be singing. Singing while falling from an exploded airplane.

Neither was Satan, I decided. They must be demons, trying to find their way back to Hell.

I read with the book beneath the front table. If a passerby saw me staring into The Satanic Verses, local suspicions would be confirmed — a risky enough proposition that I should have returned Rushdie to the shelf. But I was mesmerized by the Satanic language: ho ji, tat-taa, flibberti-gibberti mamzell, Willie-the-Conk, baba, yaar. 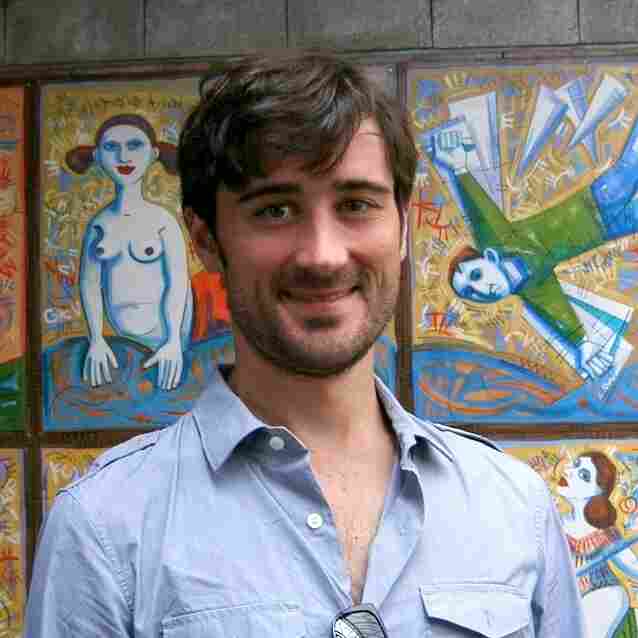 The book turned into pure text at these times, a tome of arcane spells and chants — then suddenly the story would burst through again. But even at these times, when I could see Gibreel and Saladin so clearly, the actual actions weren't always comprehensible. A woman appears! Is she a temptress? But she's already dead. But, wait, she's talking. But no, she's dead.

A book had never confounded me like this. And yet every Saturday, in a silent room filled with thousands of other books, I opened The Satanic Verses to the page I had last read. I figured out it wasn't really about Satan. It was about England and India, washed-up movie stars and wrecked marriages. These very sad characters with their very funny names spoke of places I couldn't picture, failures I could barely imagine. I'd never read a book like this — one that kept its secrets.

All these years later — with the bookstore liquidated, the stepmother long gone from my life — I finally get Gibreel and Saladin.

I've lived places where my name was funny, and I know that adult life is woven from failure much more than heroism: failure in love, failure of nerve, failure of character. But there are advances — notably in understanding. Whatever journey I began in Rushdie's book has, in fact, ended with less confusion.

Not so surprising, I guess. Knowledge, after all, was the Devil's original gift.

Scott Hutchins is the author of A Working Theory of Love.