Accessibility links
First Listen: Songs: Ohia, 'Magnolia Electric Co. (10th Anniversary Deluxe Edition)' Ten years after its release — and seven months after the death of singer Jason Molina — The Magnolia Electric Co is still an ambitious and unsteady beast, strangely graceful and crying out to be explored. Throughout the album, Molina sings of his own smallness and struggle, but also the stubbornness inherent in standing up as the gravitational forces of grief try to pull him down. 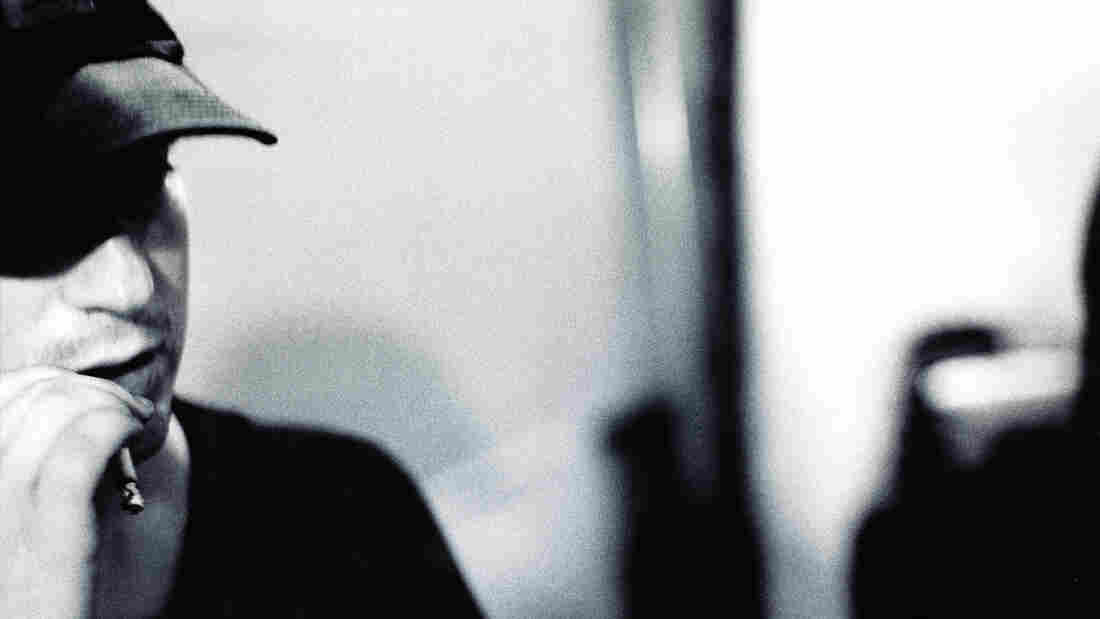 Jason Molina sang the blues, but as a state of mind rather than a musical genre — songs of desperation and desolation, and of unwinnable battles with unseen demons. But Molina also chronicled survival, trying, wallowing but also walking, one tentative step at a time. His voice conveyed pain, but also incredible resilience and even wonder; he sang of his own smallness and struggle, but also the stubbornness inherent in standing up as the gravitational forces of grief tried to pull him down.

Molina died in March after a long battle with severe depression and substance abuse. He was only 39, but he'd already created a remarkable recorded legacy, first under the name Songs: Ohia and then as leader of a band called Magnolia Electric Co. At one point, he was so prolific that a new album (2007's Sojourner) arrived in the form of a four-disc box set, though his output largely dried up in the years just before his death; his last work included harrowingly intimate solo recordings and an album made with Centro-matic's Will Johnson. Molina's voice never weakened, and the quality of the songs never waned.

For all its rambling rock arrangements — given his mournful, aching cries and all those guitars, Neil Young comparisons are apt and inevitable — The Magnolia Electric Co serves as a vessel for some of Molina's most pulverizing words. Out Nov. 12, a 10th-anniversary reissue of the album includes a pair of lesser-known studio recordings, including the 10-minute "The Big Game Is Every Night," previously heard on a Japanese pressing of the record. That song drops in an assortment of sports references and metaphors until it closes with a kill shot: "If really I am the snake they're all sayin' / If they look up here, do they see just my black tail swayin' / If I'm all fangs and all lies and all poison / If I'm really what they're sayin', I don't wanna disappoint 'em."

The Magnolia Electric Co's reissue also includes a bonus disc of Molina's demo recordings. For fans who hadn't already tracked them down — they appeared with early pressings of the album — they're essential, especially for Molina fans who'd valued the sparer quality of his early recordings. (As an added bonus, he sings lead in the demo versions of "The Old Black Hen" and "Peoria Lunchbox Blues," which on the record are handled by Lawrence Peters and Scout Niblett, respectively.)

Fans can debate The Magnolia Electric Co's place within Molina's tremendous discography, but it's surely the album whose lyrics were most often used to eulogize the man after his passing. Given that it opens with a song called "Farewell Transmission," it doesn't want for the sort of fatalistic ruminations fans examine after an artist's death. But none of its songs sum up Molina's gift for a strange kind of mournful comfort quite like "Hold On Magnolia." Cited often in tributes and obituaries, its words convey the spirit of the man and his bracingly beautiful legacy better than any outsider could.

Hold on Magnolia to that great highway moon

No one has to be that strong, but if you're stubborn like me, I know what you're trying to be

Hold on Magnolia, I hear that station bell ring

Hold on Magnolia, I know what a true friend you've been

In my life I have had my doubts, but tonight I think I've worked it out with all of them

Hold on Magnolia to the thunder and the rain

Hold on Magnolia to that great highway moon

No one has to be that strong, but if you're stubborn like me, I know what you're trying to be

Hold on Magnolia, I hear that lonesome whistle whine

Hold on Magnolia, I think it's almost time

Hold on Magnolia, I think it's almost time