Accessibility links
First Listen: Soundtrack, 'Inside Llewyn Davis' Joel and Ethan Coen's new film looks at the early-'60s Greenwich Village folk scene, as populated by a brooding moocher played by singer-actor Oscar Isaac. Its soundtrack, like the movie itself, reflects the way many different strains of folk music collided in the early '60s. 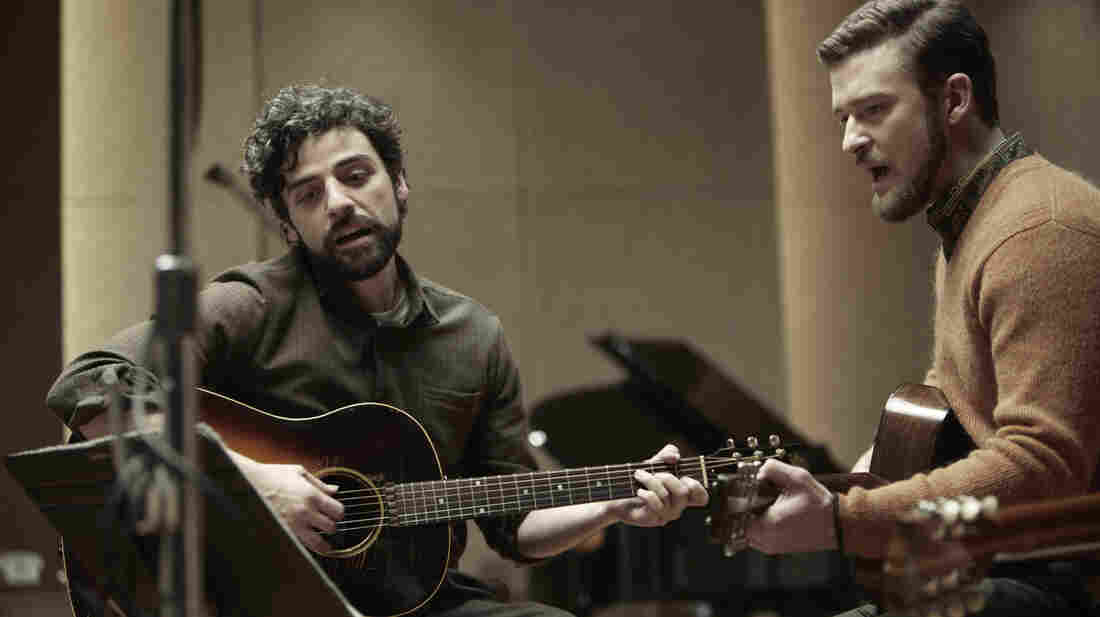 Oscar Isaac (left) and Justin Timberlake in a scene from Inside Llewyn Davis. Both are featured on the movie's soundtrack. Alison Rosa/Courtesy of the artist hide caption 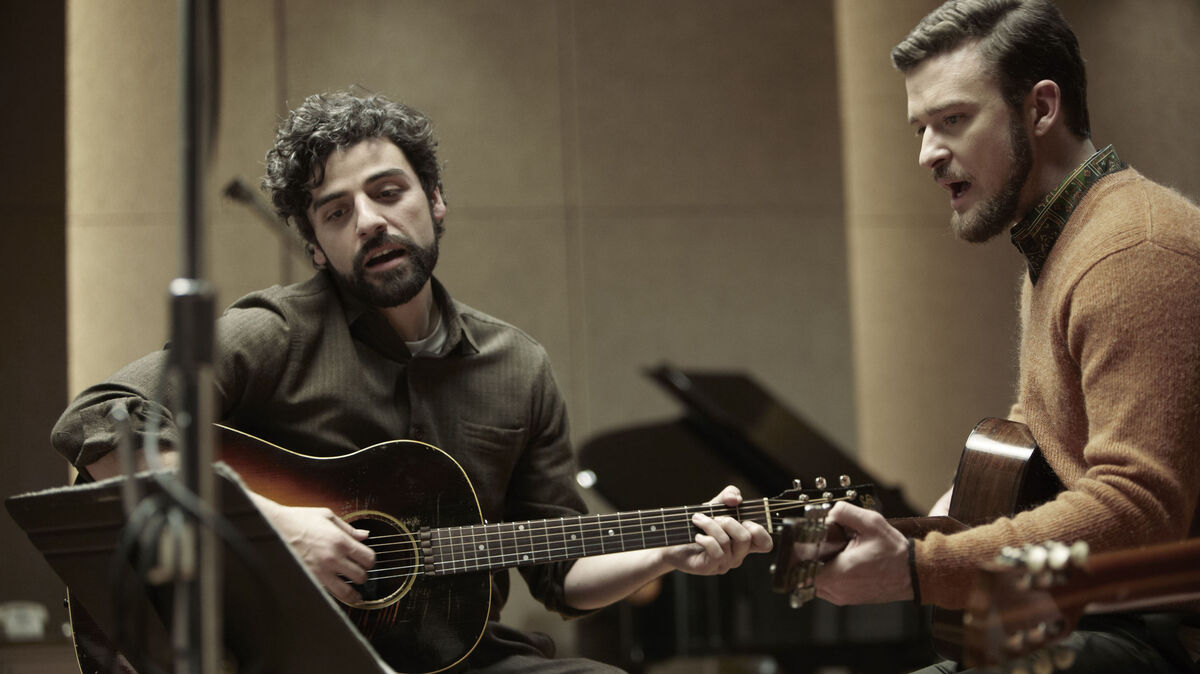 Oscar Isaac (left) and Justin Timberlake in a scene from Inside Llewyn Davis. Both are featured on the movie's soundtrack.

Alison Rosa/Courtesy of the artist

Among many other accomplishments, filmmakers Joel and Ethan Coen helped change the direction of contemporary music with the soundtrack to their 2000 film O Brother, Where Art Thou? Winner of an Album Of The Year Grammy, among other honors, the collection — produced and compiled by T-Bone Burnett — sold about eight million copies and helped launch a resurgence in tradition-minded roots and bluegrass music that continues to this day. It's one of the most successful and influential albums of the decade that spawned it.

Inside Llewyn Davis, the Coen brothers' new movie, looks at a different era in roots music: the early-'60s Greenwich Village folk scene, as populated by a brooding moocher played by singer-actor Oscar Isaac. As with O Brother, music is integral to Inside Llewyn Davis, from the moment it opens with Isaac's roughly five-minute performance of the traditional ballad "Hang Me, Oh Hang Me." The song perfectly encapsulates the character of the fictional Llewyn Davis (based, seemingly quite loosely, on folksinger Dave Van Ronk), whose luckless wanderings and penchant for self-defeat at least symbolically mirror those in the lyric.

From there, Inside Llewyn Davis' soundtrack (produced by T-Bone Burnett, and due out Nov. 11) attempts a similar balance, functioning both as a stand-alone collection of frequently gorgeous music and as a companion piece to a movie in which many different strains of folk collide as part of a scene taking shape. For those who haven't yet seen the film — which doesn't start rolling out until December — it won't be abundantly clear how a silly novelty song like "Please Mr. Kennedy" (performed by Isaac, Adam Driver and Justin Timberlake) might fit alongside the traditional Irish ballad "The Auld Triangle" (in which Timberlake is joined by Marcus Mumford and members of Punch Brothers). Elsewhere, Stark Sands' reading of Tom Paxton's "The Last Thing on My Mind" might seem stagey and square out of context — until you see the film, in which Sands, a Tony-winning stage actor, serves as a gee-whiz foil to Isaac's more sullen and uncompromising artiste.

Most of the album showcases recordings made specifically for the movie — and along the way demonstrates that Marcus Mumford ought to cut a record with Oscar Isaac on his next break from Mumford & Sons — but Inside Llewyn Davis closes with a nicely chosen pair of archival recordings. One, a previously unreleased recording of Bob Dylan performing "Farewell," provides a nice reminder of what came out of the scene the fictional Llewyn Davis occupied. The other winds down the proceedings with Van Ronk doing "Green, Green Rocky Road." Isaac performs the song elsewhere in Inside Llewyn Davis, but if Van Ronk's life indeed inspired the film — his music was farther-reaching and considerably more idiosyncratic — it only makes sense that he'd get the last word in edgewise.