Accessibility links
Interview: Steve Lickteig, Director Of 'Open Secrets' When he turned 18, Steve Lickteig learned that the woman he knew as his older sister was actually his mother, a secret his other siblings and most of his small Kansas town had known and kept from him. In a new documentary, Lickteig tries to understand how he was left in the dark for so long. 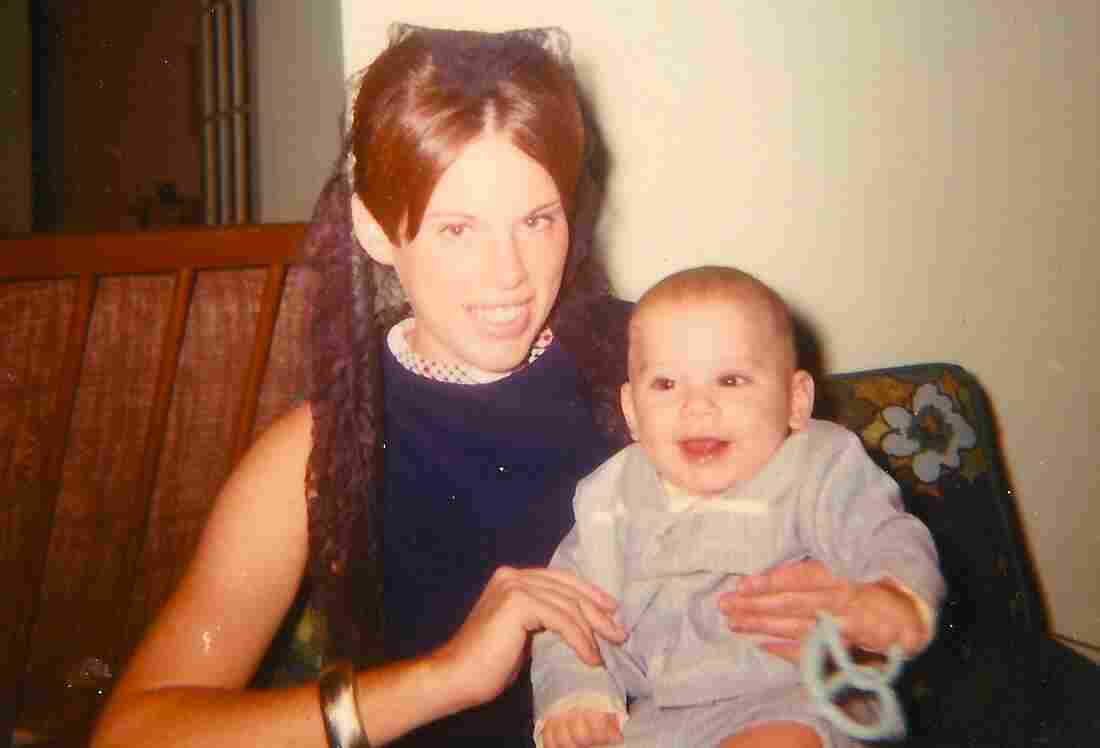 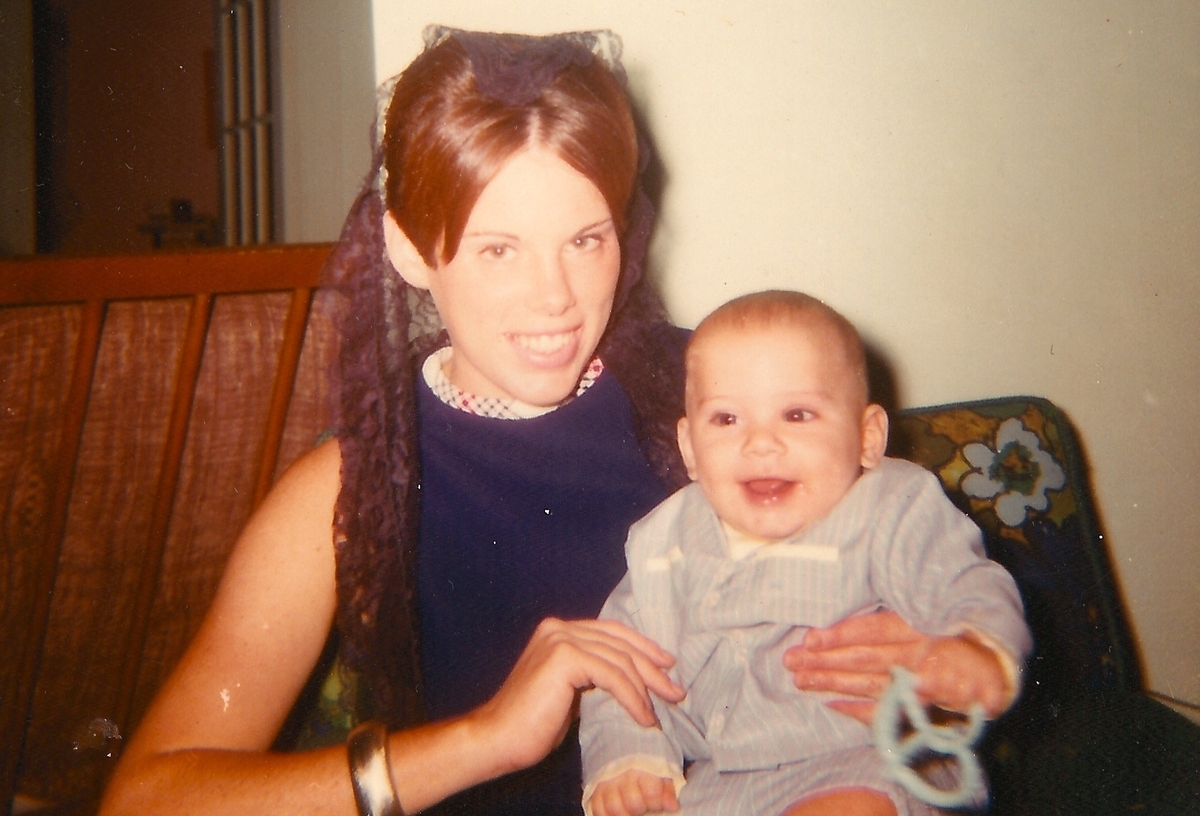 For the first 18 years of his life, Steve Lickteig thought Joanie Lickteig was his sister. Both are pictured here in 1969.

Steve Lickteig's life as he knew it was a lie. Lickteig thought he was the adopted son of a former World War II vet and his wife. Life was simple: They ran a farm in Kansas, went to mass at the local Catholic church and raised Steve and their eight biological children.

Lickteig wondered who his real parents were and thought he'd set out to find them someday. Then, when he turned 18, two of his best friends told him the truth: His adopted parents were actually his biological grandparents. The woman who he knew as his older sister was actually his mother.

Decades after that revelation, Lickteig turned the camera on his own family to try to understand how a secret like this could be kept for so long. Lickteig is the senior producer for NPR's Weekend All Things Considered. His film is called Open Secret and it premieres in the U.S. Sunday night on Al Jazeera America. He joins NPR's Rachel Martin to discuss how his relationship with his family changed after he discovered their secret.

On how he found out who is real mother was

I don't have a very strong recollection of it, actually. But what I do remember is it was right before high school graduation, the night before. They walked into my bedroom and they shut the door and Vance said, you know, "We have something we want to tell you." And then he just blurted it out, it just sort of came out of him. He said, "I know who your mom is."

... I think that was actually the biggest blow to me, was that it wasn't some intimate, private secret, but it was this knowledge of who I was that was out in the open, out in the world, and I had no control over it. Apparently after they told me, I just said, "OK, thanks." And they left. We didn't talk about it or anything. 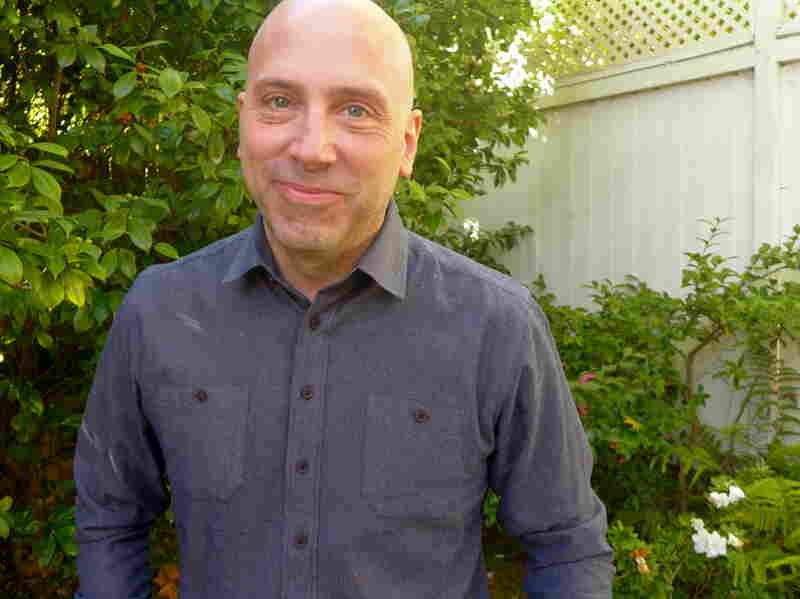 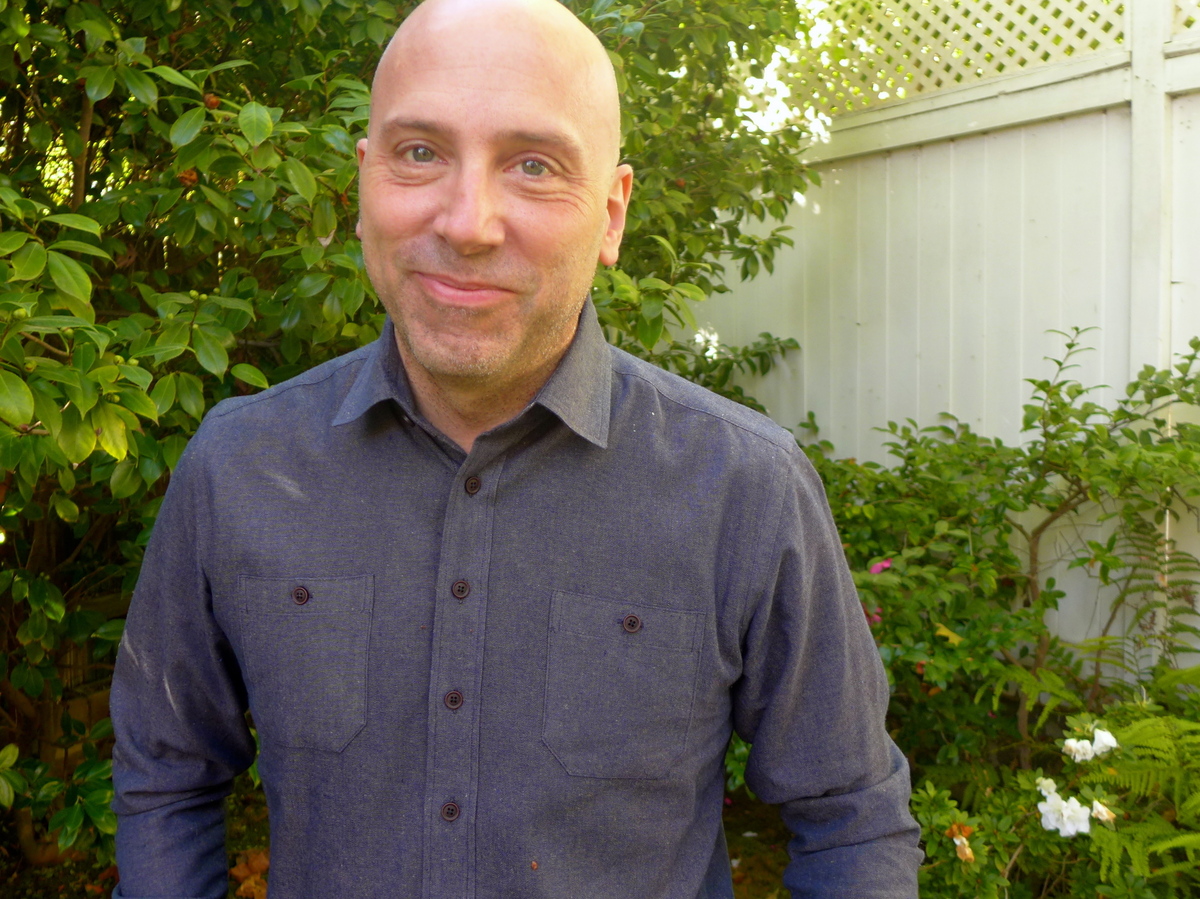 Steve Lickteig is the senior producer for NPR's Weekend All Things Considered in Los Angeles.

On how he confronted his family after he found out

I didn't say anything to anybody after I found out. This was the middle of May 1987. I had a high school graduation the next night, went to it, actually spoke at the graduation, went to all the parties, did everything.

And then, about a month later, I was actually caught by my parents with my then-girlfriend in a sort of compromising situation. This was on a Saturday night. And then the next morning, my mom turned on one of those television preachers and she turned the TV up really loud and the preacher was teaching abstinence. And I got up out of bed and I came out into the living room and said, "Oh, did you play this same thing for Joanie?" who was my actual mother, my biological mother, who I thought was my sister. And so I confronted her in that way, saying, you know, "Did you teach Joanie abstinence," you know, "as she got pregnant with me?" And she looked at me, my mother, and said, "I have no idea what you're talking about." And I said, you know, "Well I know everything. I know what the truth is." She kept denying and denying and finally my dad slammed his hand down on his lay-z-boy and said, "Damn it, will you just tell him?" And she finally admitted it.

On how his relationship with his family changed

It was never spoken of again after that day, you know, not until 15 years later. We just didn't talk about it. And it sounds melodramatic to me, but I changed that day. I was a really happy-go-lucky guy in high school and something kind of shut off in me and the relationship sort of just became nothing. It was just obligatory and it was that way with the whole family. You know, I have a large [family] — six sisters, two brothers. I felt like they all were sort of in on it, so I just separated myself.

On what Joanie, and the rest of his family, went through when they decided to keep his lineage a secret

I was trying to understand what she must have gone through to have had a baby and then see your own parents take the baby and then tell you that the story is going to be that you have to tell this baby that you're his sister, not his actual mother, and you have to live that for basically the rest of your life.

It was like a little poison that seeped through. I mean, the burden that was placed on my siblings, as young children, to keep this secret — I can't imagine.

... At one point in the making of the film, I really wanted Joanie and my mom and dad — my grandparents — to talk to each other about this. And that was one of the goals was we all need to sit down and talk about this because this is something that's really affected our family in a very deep way and that we've never grappled with. And it was like a little poison that seeped through. I mean, the burden that was placed on my siblings, as young children, to keep this secret — I can't imagine. And then the burden placed on the community as well.

I think she thought it was going to be a different film than what it was. And she saw it and just felt like she was characterized poorly. Of course, everybody else who saw it who knows her, my whole family [was] like, "You captured the essence of everyone here."

And she just said to me, she said, "I saw your film. I understand why you did it. I don't want anything more to do with it going forward so please don't ask me to be involved in it." We've emailed a few times, but we haven't had any conversation in a long while and it's not the outcome that I had expected.

On whether he found what he was looking for

And I also felt like I got to talk to my mother — so confusing, my grandmother, the woman who raised me — I got to talk to her in a way that I had never been able to talk to anybody before about this whole thing, in a way that I know I never would have done otherwise. And same with my biological mother, Joanie. I got to have these conversations. The film gave me and them permission to have a conversation that just would not have happened otherwise. So yeah, in the end I can walk away from this and say this did what it was supposed to do.