Accessibility links
Run For Coroner, No Medical Training Necessary Depending on where you live, you might be able to vote for your local coroner this election season. About 1,600 counties across the U.S. still elect coroners, and that means candidates have to be popular before they can start signing death certificates.

It's a windy Thursday afternoon in Ogdensburg, part of a sprawling rural county in northern New York.

The choir at the Episcopal Church is practicing, and Eric Warner is behind the piano. He's a former funeral director, an organist and a stay-at-home dad who raises Clydesdale horses. 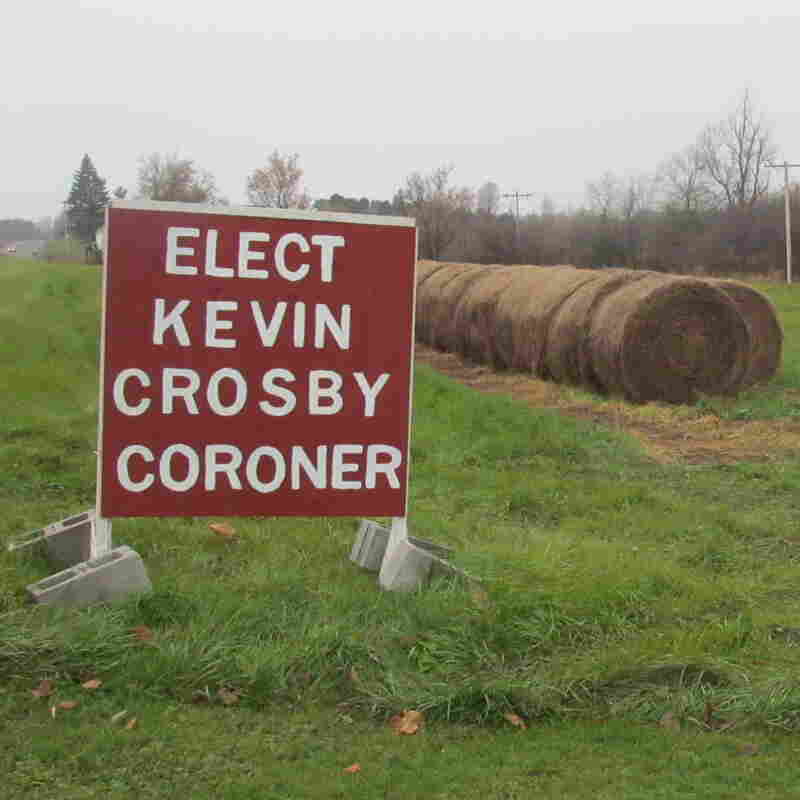 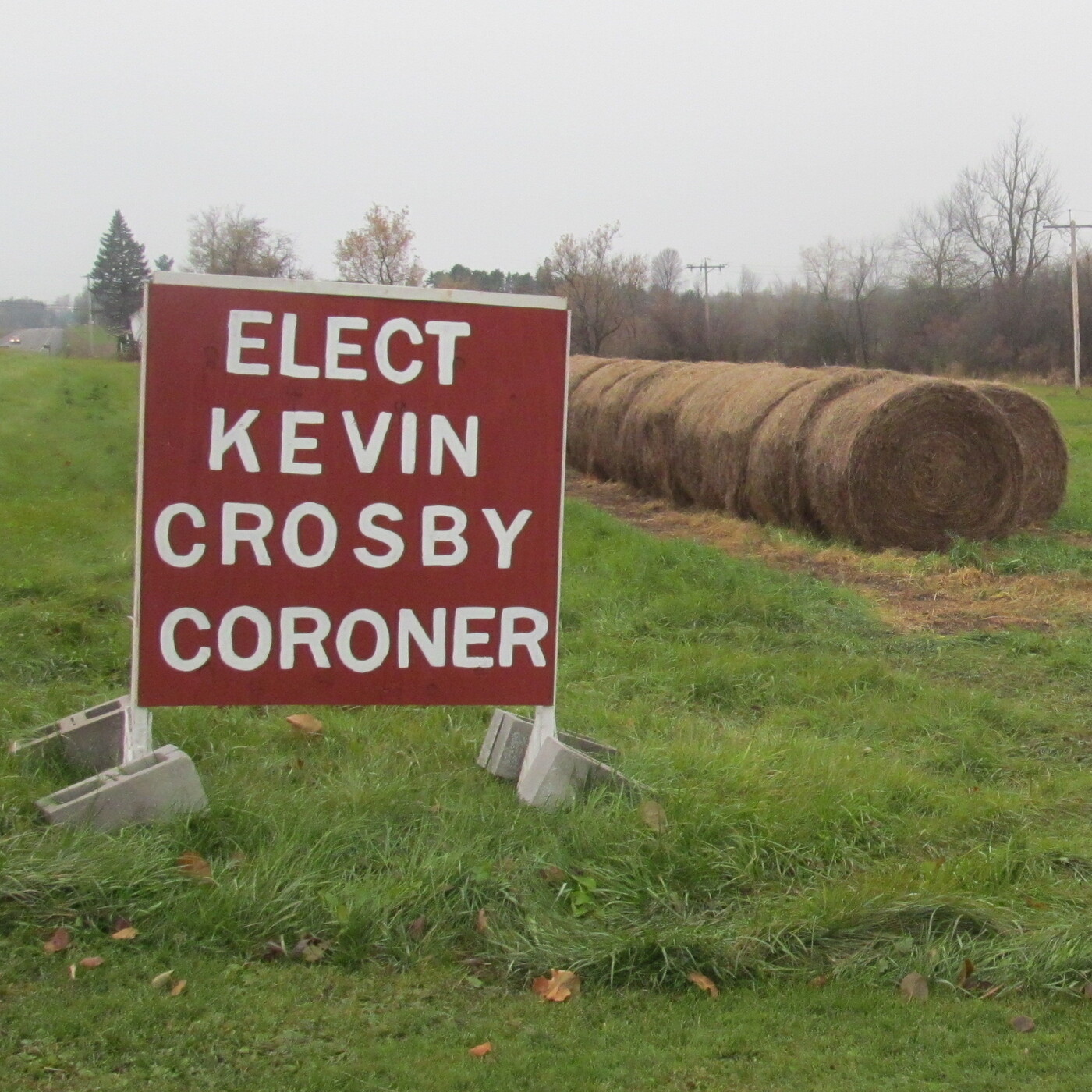 In St. Lawrence County, N.Y., the position of coroner is still elected.

He's hoping to become one of St. Lawrence County's four elected coroners — there are two open seats this year — and he's running as a Democrat.

"I miss dealing with the peoples as they go through a grieving time," Warner says. "That's really why I wanted to be a county coroner, so I can help people who are grieving or who have lost a loved one."

Just a few blocks away, coroner candidates Kevin Crosby and incumbent June Wood are at the annual county Republicans' meet-the-candidates dinner. Wood takes the microphone first. She explains that she's been a county coroner for 12 years and works on a local rescue squad.

Crosby goes next: "I'm a lifelong resident of Morristown. I'm a 22-year member of the Morristown Fire and Rescue Company, serving the past 17 years as fire chief."

The three candidates all say they're running because they want to be there for the people of the county when somebody dies. Now it's up to the voters to decide who they want around.

St. Lawrence County is among 1,600 counties around the country that elect its coroners. They are paid employees; they make about $6,000 a year and get health insurance.

They don't do autopsies — that's done by the medical examiner from a neighboring county. Coroners do pronounce people dead and sign death certificates. You don't have to have any medical training to be a coroner here. You just have to live in the county and be old enough to get on the ballot.

Even though they run for office on party lines, party politics don't matter very much, Wood says. People politics do.

"Basically, to be a coroner, you just have to be publicly popular," she says. "I guess it's more of a popularity contest. Then you learn the job as you go."

Warner, the Democratic candidate, agrees. A few weeks ago, all the coroner hopefuls were at another meet-the-candidates event. While other politicians were asked their opinions on New York State's tough new gun laws, the coroners weren't.

"They would never ask a coroner that!" Warner says. "They could care less about what we think about what toilet paper to use in the community building."

Electing a coroner is a holdover from medieval English common law, where the coroner's job was to determine how and when people had died in order to collect taxes. That system worked in early America, too.

And in a lot of places, if the sheriff committed a crime, it was the coroner's job to make the arrest.

But in the 1920s, the National Academy of Sciences recommended that jurisdictions switch to having an appointed medical examiner.

Fast-forward almost 100 years, and only 16 states have made that switch. The state of New York leaves it up to the counties.

And in St. Lawrence County, this behind-the-scenes job comes with all the trappings of a small-town election: yard signs, party dinners and — for Warner — an entire summer marching in parades.

"We did 14 parades," Warner says. "And either I took my horses, which are black Clydesdales, or I took our John Deere 420."

Voter Parker Piercey has followed the coroner's race. He agrees that it's mostly a popularity contest and says he'll vote for Crosby, one of the Republican candidates, whom he knows the best.

But Piercey says the job does require a certain type of person. "There's probably a lot of times you have to go to something that I would never want to go to," he says.