Accessibility links
Morsi Trial May Reignite Anger, Violence In Egypt Mohammed Morsi, a member of the Muslim Brotherhood, was Egypt's first-ever democratically elected president. A year after he was elected, he was ousted by the military following massive protests against him. Morsi goes on trial Monday, accused of inciting violence against protesters. 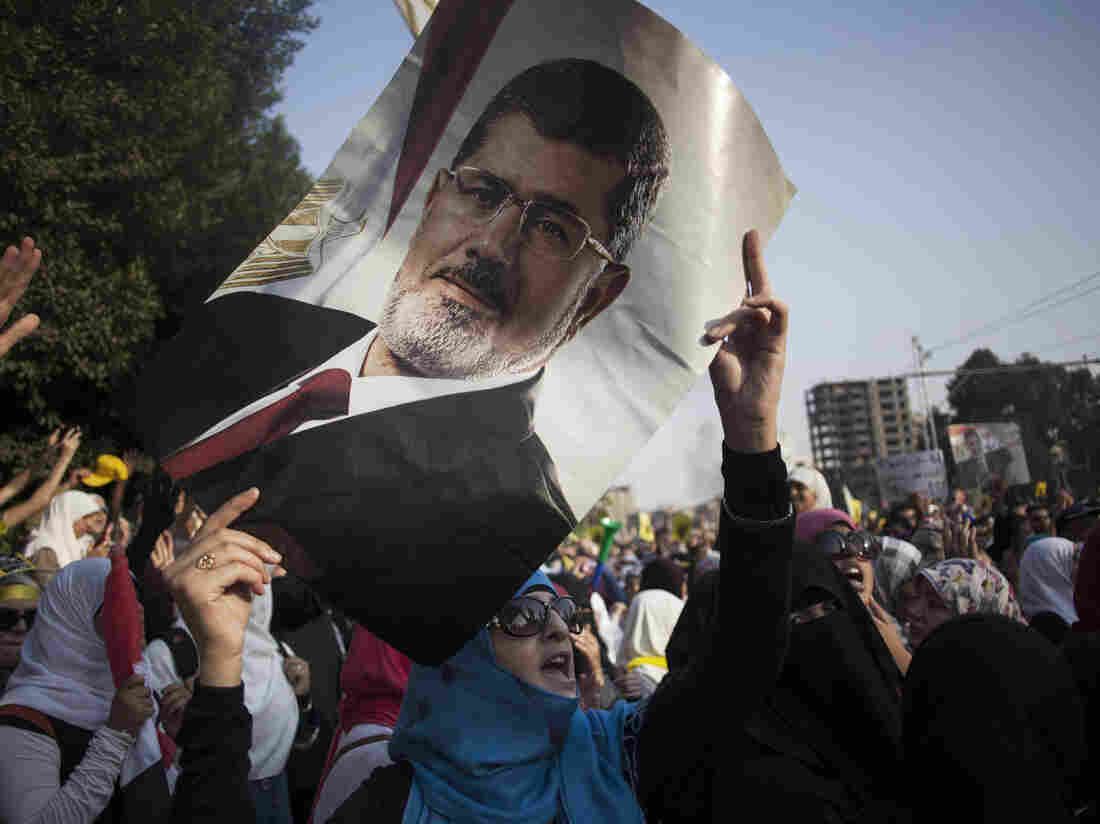 An Egyptian woman holds a portrait of ousted Egyptian President Mohammed Morsi during a protest in Nasr City in Cairo on Friday. Manu Brabo/AP hide caption 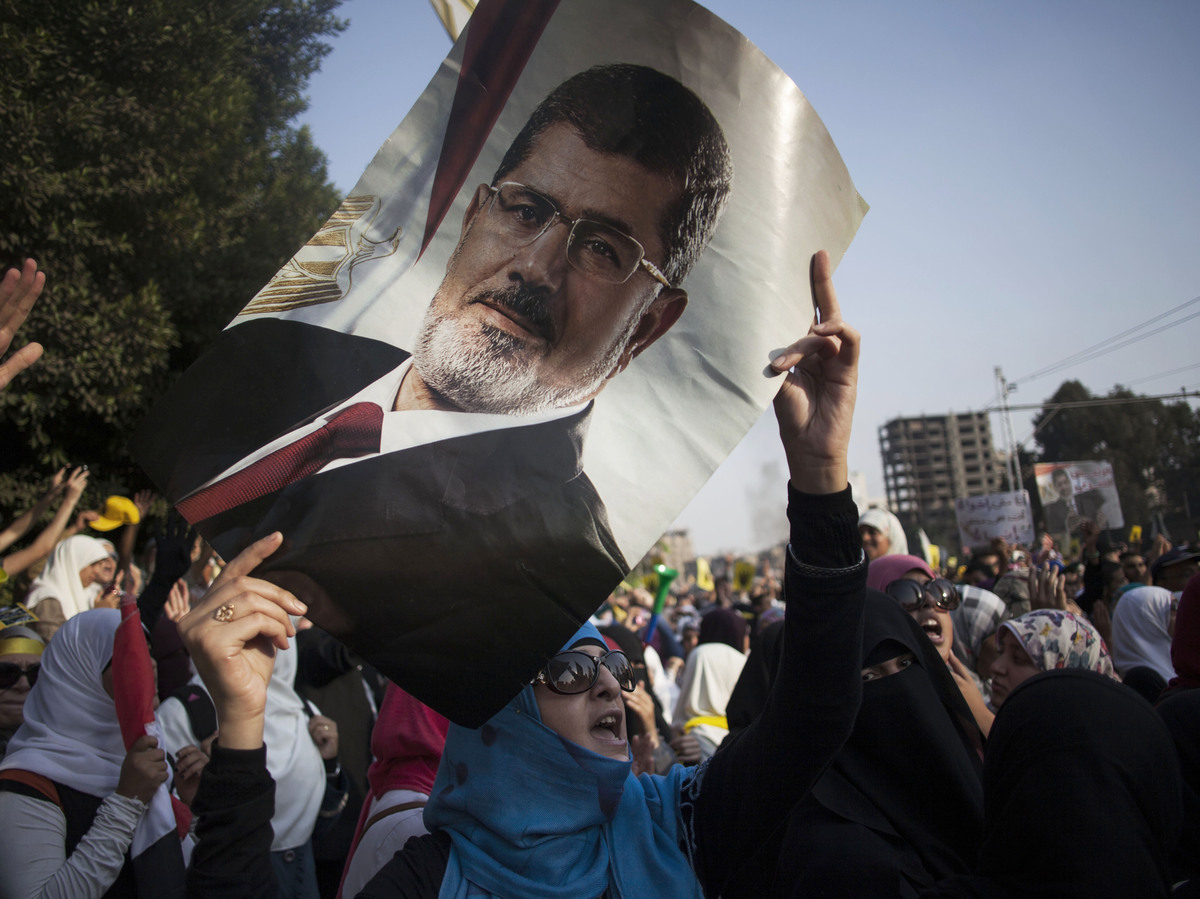 An Egyptian woman holds a portrait of ousted Egyptian President Mohammed Morsi during a protest in Nasr City in Cairo on Friday.

Egypt's first-ever democratically elected president goes on trial in Cairo on Monday, charged with inciting violence and complicity in the deaths of protesters.

Mohammed Morsi has been detained at an unknown facility since the military ousted him from power last July. His trial is likely to fan the flames of Egypt's ongoing political crisis

The last time Morsi's supporters saw him was on July 2. The former president was delivering a defiant speech as hundreds of thousands of his opponents rallied in Cairo and other cities, demanding his removal.

The next day, the military stepped in, and Morsi was overthrown. What came next was a massive government crackdown on his supporters in the Muslim Brotherhood.

Heba Morayef, the Egypt researcher for Human Rights Watch, says the opening of Morsi's trial is a new rallying point for his supporters.

"Whether or not Morsi actually ends up appearing in court, I think there is likely to be a very angry reaction either way," Morayef says. "And then possibly violence."

If Morsi appears, she says, it could energize the protests against the military-installed government. And if the security services don't allow him into the courtroom, his absence would further enrage his supporters.

But Hassan Abu Taleb, an analyst with the Ahram Center for Political and Strategic Studies, sees the trial as a step forward. He says the trial will mean the end of the Muslim Brotherhood in politics.

The Ministry of Interior says it will deploy a force of about 20,000 soldiers to secure the courtroom at a police facility in Southern Cairo.

Morsi supporters continue to protest against the new government in the face of the ongoing crackdown, though in smaller numbers than before. More than 1,000 members and supporters of the Muslim Brotherhood have been killed in clashes with the police over the past few months, and thousands more have been arrested, including most of the Brotherhood's key leaders.

A Cairo court formally banned the group, though the Brotherhood has filed an appeal.

Mohammed al-Damaty, Morsi's legal spokesman, says the ousted president refuses to retain defense attorneys because he rejects the legitimacy of his trial. Al-Damaty insists there is no evidence against the former president.

Morayef says there have been worrying signs even before the start of the trial.

"Already we've seen very, very serious violations of the right of a fair trial and Morsi's right to be free of arbitrary detention," she says.

Morsi is facing an array of charges, many of them focusing on clashes outside the presidential palace last December between his supporters and opponents. Morayef was there and documented abuse of detainees by the Muslim Brotherhood.

"I think most of the charges are trumped up, and I think that trial itself is definitely politicized," she says. "Having said that, I think in the case of the charges related to detention and abuse of detainees, I think there is some merit to it."

However, she says, because the judiciary has only focused on Brotherhood abuses and not on crimes committed by the security services, nothing positive can come from this trial for accountability in Egypt.

Morsi rapidly lost popular support during his year in power, and much of the Egyptian public supports the trial going forward as planned, like Said Mohammed, an engineer sitting at a downtown café.

He says the case must proceed because it's not right to keep Morsi detained without a trial. And for many here, when the former president walks into the courtroom, it'll be the beginning of yet another chapter for Egypt.