Accessibility links
What Really Got Measured In This Month's Jobs Report? October's jobs report looks good. But many economists believe the economy is becoming too complicated and technologically advanced for the Bureau of Labor Statistics to measure accurately using current methods.

What Really Got Measured In This Month's Jobs Report?

What Really Got Measured In This Month's Jobs Report? 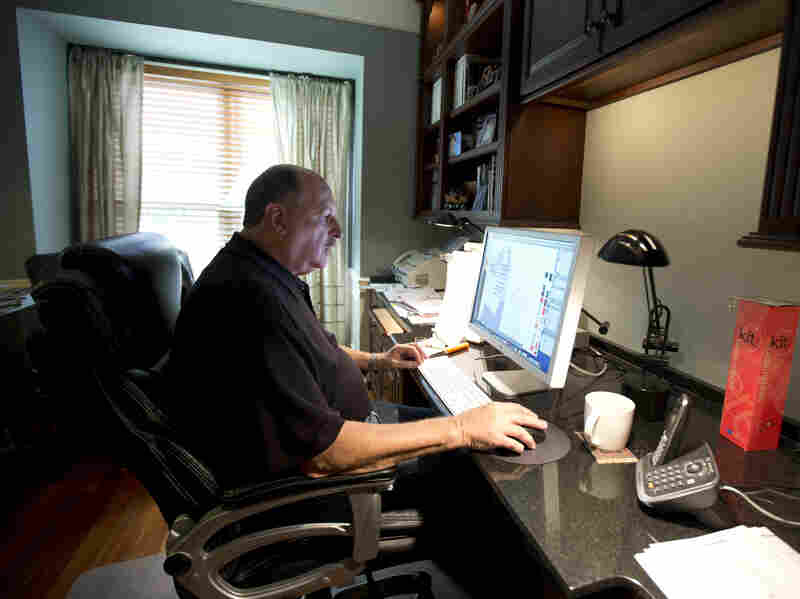 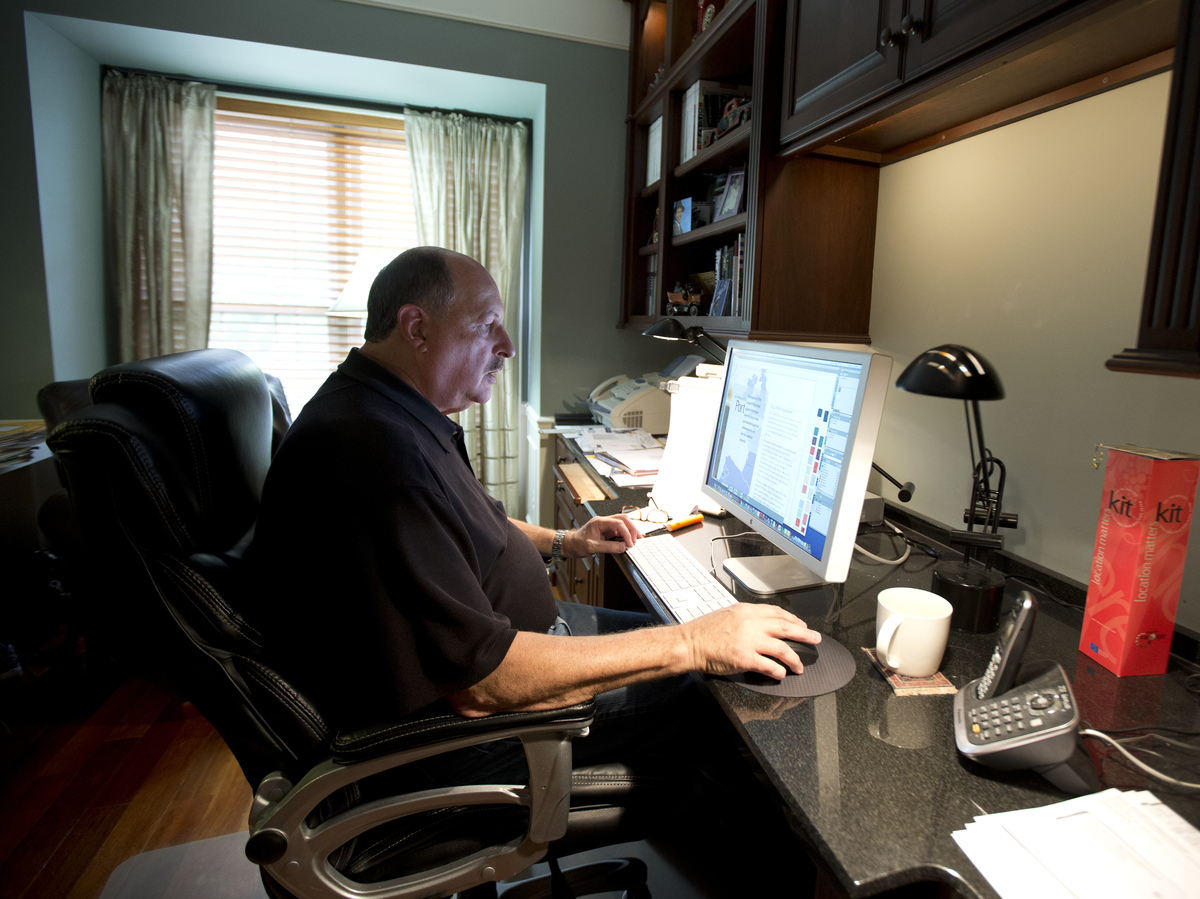 Graphic designer Tom Sadowski, 65, works from home in Sterling, Va., in October. Many experts believe the economy is becoming too complicated for the Bureau of Labor Statistics to measure accurately using current methods.

In October, private employers did a lot of hiring, but a government shutdown forced hundreds of thousands of workers to stay home.

Or maybe the end of that sentence should read: the Labor Department guessed on Friday.

Many economists say the jobs report has "noise" in it, with a hodgepodge of data showing more hiring, but also fewer people even trying to find jobs. So what created the noise?

For one thing, the Labor Department's household survey counted furloughed federal workers as unemployed, which boosted the jobless rate by one-tenth of a percentage point.

But outside of government, employers were hiring. Manufacturers alone added 19,000 jobs, and the leisure and hospitality sector hired 53,000 more people.

Here's the strange thing: The percentage of people saying they are in the labor force fell to 62.8 percent, down 0.4 percent to the lowest level since 1978. Usually, as hiring perks up, more people come into the job market, not leave.

If that represented a one-month problem, economists would dismiss it as just an anomaly. But many say they are worried that month after month, the employment reports are becoming more misleading.

These skeptics believe the U.S. economy is becoming too complicated and technologically advanced for the Labor Department's Bureau of Labor Statistics to measure using current methods.

This week, Wells Fargo Economics Group released an analysis saying the BLS data are antiquated because they don't accurately measure the digital workforce. "Simply stated, the labor market of the 21st century is quite different than in the past," it said.

"Back in the 1980s, either you had a job or you didn't have a job," he says. "What we have in the 21st century is a lot of part-time workers who want to be part time. The mix is much more complicated."

The government measures the labor market with two tools: 1) payroll data provided by employers, and 2) responses to household surveys about work done in the previous week.

But in today's economy, many workers can be hard to capture with those two measures. Here's an example: A woman works from home as a writer, so she is not on any company's payroll. When a BLS employee calls to gather information for the household survey, he might ask: "Did you work last week?"

And her answer could be no, but only because she had spent the previous week taking care of her elderly mother. And now she is working a 60-hour week to finish up a writing project. In the BLS data, she may look unemployed. In her own eyes, she's making a good living with a flexible schedule.

"If we're going to catch the flavor of today's labor market, you need other elements to be brought in" besides payroll data and household surveys, Silvia says.

For the BLS to really capture what's happening in the labor market, "they would have to ask a lot more questions, and even then, it would still be hard," says Richard Pearson, chief marketing officer for Elance, a Silicon Valley-based company that matches up employers with software engineers, Web designers and other digital freelancers.

Pearson says many people are working hard — designing apps or participating in team projects involving employers in other countries. But he believes their efforts are not being measured by the BLS.

The monthly jobs report "is so valuable, and yet if you look deep down into it, you see the problems," he says. "They are asking things like, 'Do you work on a farm?' "

BLS press officer Gary Steinberg says there is value to the steadiness of the monthly jobs report. The BLS has been collecting payroll data since 1939, and conducting the household survey since 1948.

"Making changes would mean the data won't be comparable" over the many decades tracked by the BLS, he says. "We wouldn't know if things were up and down from another time period."

At Wells Fargo, economists have created their own Labor Market Index, which uses six different measures to try to assess whether life is getting better or worse for workers.

"The unemployment rate can't be the only thing you look at," says Silvia. "It's a different ballgame now."