'Boy Detective' Walks Down Memory Lane, But Doesn't Get Anywhere

'Boy Detective' Walks Down Memory Lane, But Doesn't Get Anywhere 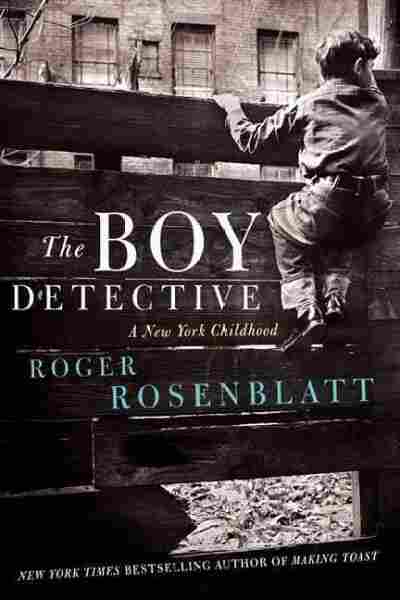 There's a difference between ruminating and rambling, and Roger Rosenblatt crosses the line in The Boy Detective, his dilatory, meandering new memoir about his New York boyhood. I was a big fan of Kayak Morning, Rosenblatt's meditation on the tenaciousness of grief published in early 2012, four years after the sudden death of his 38-year-old daughter, a pediatrician and mother of three small children. But his latest, while less melancholic, more playful, and occasionally endearingly quirky, ambles at a pace that makes rush hour traffic down Second Avenue seem speedy.

As both he and his publisher note, in the tradition of E.B. White's Here is New York and Alfred Kazin's A Walker in the City, Rosenblatt roams the Manhattan streets around the Gramercy Park neighborhood in which he grew up, evoking memories while remarking on all the changes. On a cold "glass punch bowl of a night" in February, 2011, he sets out after teaching a class in memoir writing. Replacing Kayak Morning's watery metaphors about floating along the surface and plumbing the depths, The Boy Detective compares writing with the detective work that enthralled Rosenblatt as a somewhat solitary, imaginative boy, "more book-storeish than bookish."

His walk, he tells us repeatedly, is "illimitable," and indeed, few strolls — or 250-page books — have felt longer to me. To be sure, his musings are sprinkled with interesting facts and observations. These include the derivation of Gramercy, not from "grant us mercy" in Shakespeare, as often thought, but from the Dutch krom moersje, or "crooked stream," for the water that flowed underneath much of swampy downtown Manhattan. In this love song to New York, Rosenblatt flags the birthplace of Edith Wharton, the house museum of Teddy Roosevelt, and the homes and haunts of some of his literary heroes, including Dashiell Hammett, O.Henry, W.H. Auden and Frank McCourt. He eavesdrops on a hopeless cellphone sales pitch, and notes the evolution of once seedy Fourteenth Street into a "broad aisle for merchandise," lined with P.C. Richards, Trader Joe's, and the like. 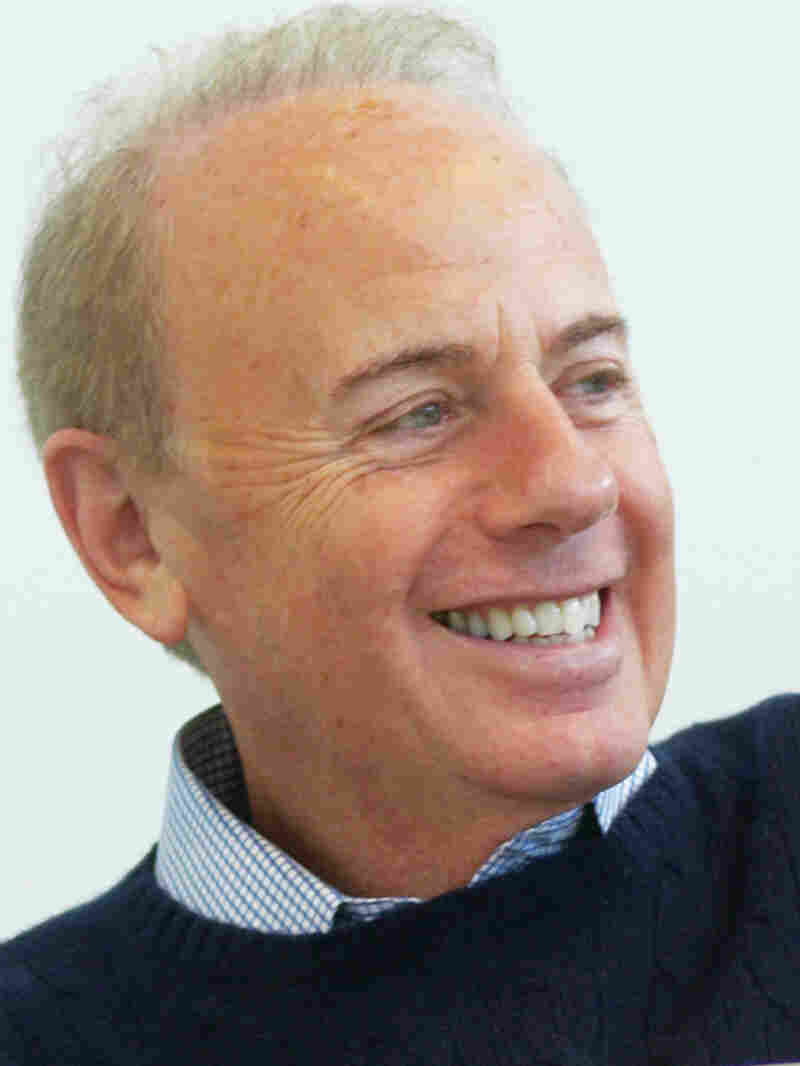 Roger Rosenblatt is the author of 15 books, including Kayak Morning, Unless It Moves the Human Heart and Making Toast. He wrote for Time magazine for two decades. Courtesy of Ecco hide caption 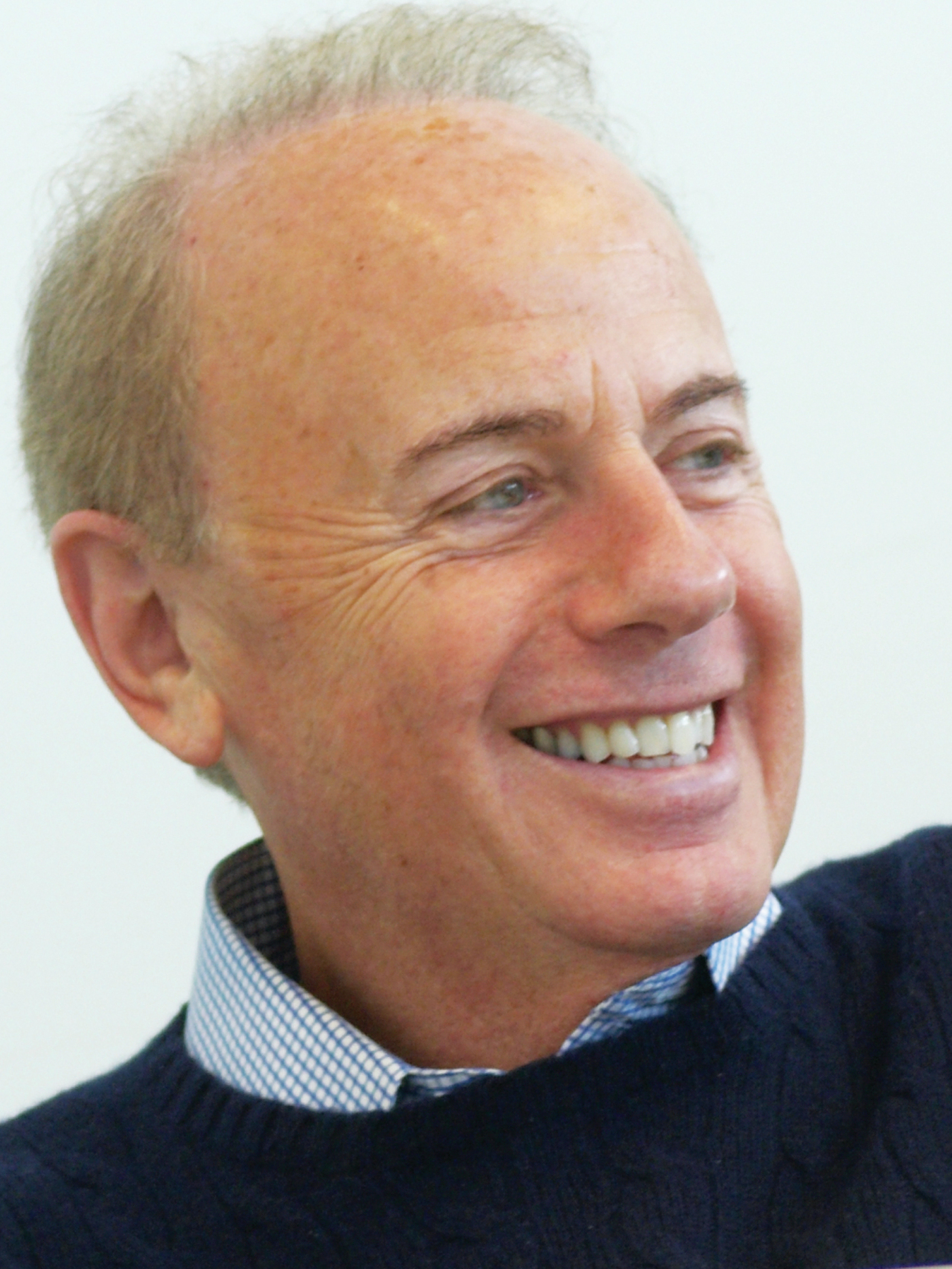 Roger Rosenblatt is the author of 15 books, including Kayak Morning, Unless It Moves the Human Heart and Making Toast. He wrote for Time magazine for two decades.

On the home front, he captures the silent grandeur and froideur of his parents' apartment overlooking Gramercy Park, decorated with paintings from William Randolph Hearst's excess lots, which they bought at Gimbels department store. He encapsulates his uneasy relationship with his fastidious, prematurely old father with this anecdote: "As a child, I was expected to be old, too. 'Roger,' he said one day, 'that's no way for a 12-year-old boy to behave.' 'Dad,' I said, 'I'm 8.'"

Readers of Making Toast may remember Rosenblatt's antics entertaining his newly bereaved grandchildren as "Boppo the Great." He tells other stories about his delight in flaunting decorum, even when it meant embarrassing his children by dancing in the street. And he's not afraid of embarrassing himself. He recalls standing side by side at the urinals with a Washington Post editor in the mid-1970s and wondering aloud about why the "n" is pronounced in columnist but not column. Rosenblatt writes, "Without looking up, he said, 'Roger, I wish I had your problems.'"

But mostly, he free associates about detectives and writing, the slipperiness of memory and time, and the joy of dwelling "in an eternal gloaming ... an ageless present." "Are you with me, pal?" he addresses his sidekick, reader, student, and boyhood self — with a stab at hard-boiled private eye-speak that rings false. Worse, he rambles on and on, seemingly with little filter, sometimes inanely. Did he really need to include the riff about what Hitler might have to say about why he committed mass murder, or the bit about not wanting to choose among the specials at a restaurant for fear of making the other specials feel less special?

Rosenblatt occasionally interrupts his musings to ask, "Are we getting anywhere?" To which he replies, "Luckily, we're not going anywhere, so there's nowhere to get." Then he adds — with some self-awareness, "In writing, the trail goes cold all the time." He also confesses, "I tend toward creative drift myself. Just like Penelope, I lose my thread." Depending on your tolerance for aimlessness, The Boy Detective is a walk in the park — or a forced march.

Read an excerpt of The Boy Detective