Accessibility links
Interview: Sheldon Harnick,John Russell And Steve Young, Author Of 'Everything's Coming Up Profits' Industrial musicals were like Broadway shows, only written and performed for corporate sales meetings or conventions. And as ridiculous as the songs were — "My bathroom, my bathroom is a private kind of place" — they were often delivered by very talented people. 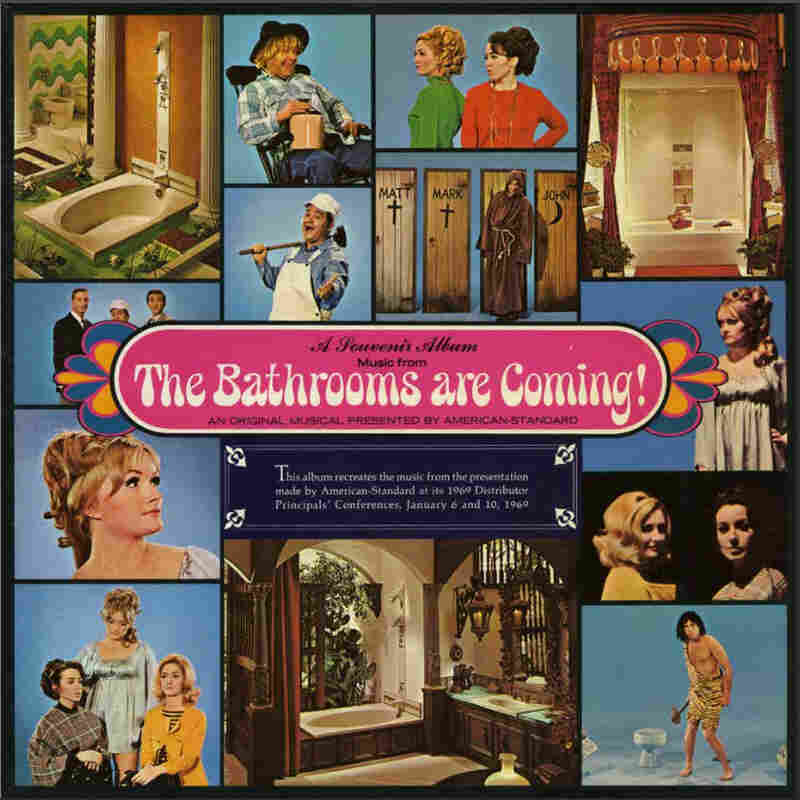 Steve Young learned about industrial musicals when he started coming across compilations, like this one, in used record stores. (You definitely want to click to enlarge this.) Courtesy of Blast Books hide caption

Why would someone write a sentimental ballad about a bathroom? For the same reason someone would write a rousing song about tractors: So the song could be used in what's called an industrial musical.

These musicals were like Broadway shows, but they were written and performed for corporate sales meetings and conventions from the 1950s to the 1980s. The lyrics were all about the products being sold and how to sell them. Some of them were lavish and costly, even though they'd be performed only once.

And as ridiculous as the songs were, they were often written and performed by really talented people: John Kander and Fred Ebb, who wrote the songs for the musical Cabaret, did an industrial. And a few had lyrics by a young Sheldon Harnick, who co-wrote the songs for the Broadway hits Fiddler on the Roof, Fiorello! and She Loves Me.

Harnick and actor-singer John Russell performed in dozens of these musicals, and Steve Young has co-written a new book about the genre, called Everything's Coming Up Profits: The Golden Age of Industrial Musicals.

Young is also a writer for The Late Show With David Letterman, where for a while he was the writer in charge of the regular feature "Dave's Record Collection." 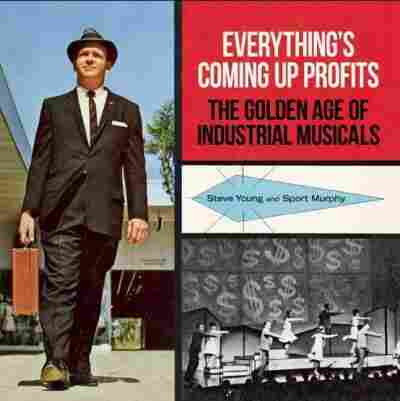 The Golden Age of Industrial Musicals

by Steve Young and Sport Murphy

On the history of industrial musicals

Young: These are musicals — often full, Broadway-style musicals — that were written for company conventions and sales meetings. They were never for the public to hear; they were only to educate and entertain and motivate the sales force so they would leave the business meeting going out revved up to sell more bathtubs or typewriters or tractors or insurance plans, or what have you. ...

We've never had a full picture of how many shows were done. The souvenir records that I've been collecting are clearly the tiny minority of shows that were done, but I would say hundreds of companies were doing them over a period of decades.

On how each of them got involved or interested in industrial musicals, or "industrials"

Young: I've been a writer for The Letterman Show since the early '90s, and when I got to the show I was asked if I could head up the old "Dave's Record Collection" segment in which, on the show, Dave would hold up strange, unintentionally funny records, we'd hear a little clip, Dave would have a joke, we'd all go home heroes.

It's a very professional, romantic ballad about a bathroom. ... It's extremely well done.

I was the one finding the strange records. And in these days, when there were still used record stores in the city, I would come home with William Shatner singing, or Hear How To Touch Type. I also started finding these very odd corporate artifacts that I didn't really understand at first, but I would find myself singing these songs to myself days or weeks later and thinking, "Why is this song about diesel engines so catchy? Why am I still wandering around singing about my insurance man?"

And it was because they were fabulously well done, in many cases. It was a hidden part of the entertainment world, but with huge budgets [and] professionals doing their best work, oftentimes. And I just decided I had to find out about this myself, and I began collecting and going to record shows [and] calling record dealers.

Harnick: I started writing lyrics out of desperation. I was broke and wondering where my next job, my next meal was coming from, although I had had several successful revue songs on Broadway. And then I got a phone call from an advertising agency. They did industrials: They helped write them; they produced them. And they had an in-house writer, and it turned out that they were doing a new industrial, I think it was for the Shell gasoline company, and whoever the executive was did not like what he had read, so they decided to get somebody else. They knew my revue songs, so I got a call to do an industrial, and I had no idea what that was.

Russell: I came to New York to be an actor, and the first industrial I did was for Bell Telephone. And it was choreographed by a lovely man named Frank Wagner, who was my dance teacher. I auditioned and I got the job, and that's what started me. That was in 1970, and over the next 25 years, I did 82 different industrial shows.

On the song "My Bathroom"

Young: This is from a 1969 American Standard convention show in Las Vegas, and it was for the distributors of all of the American Standard bathroom fixtures. Many of the songs on the record are filled with details about the new line of shower stalls and tubs, but this was really more of an anthem, an ode to the business as a whole — why they do what they do.

And it's a remarkable piece of work that I've been humming around the house for 20 years. And everybody who hears it is just floored by it, so I think it has some enduring value well beyond 1969 and the convention.

Harnick: It's a very professional, romantic ballad about a bathroom. ... It's extremely well done.

On the difficulty of writing lyrics for the Ford Tractor Company

Harnick: I remember my heart sank when the company gave me the information that I was supposed to put in the song. I thought, "Oh, good gracious, how am I going to do this and make it a singable song?" But I managed, and I managed particularly because [composer] Jerry Bock was so clever at taking all of these words, and some unmusical words, and finding ways to put them into singable songs.

On the purpose of these musicals

Young: There was the belief for quite a long time, I don't know if there was ever hard data to back it up, but if you bring everyone together for this thrilling theatrical experience — and it often actually was thrilling to the audience — then they'd have a sense of purpose, they would get out there, they would charge ahead and have a renewed energy for selling.

Many of the songs were packed with information about details of the new products, or the marketing strategies that were being presented. So you'd go home, ideally, all fired up, with a new sense of your pride in working for the company and a way forward for what you were going to do as a sales person.

On how audiences received industrial ballads

Young: Some of the composers I've spoken to over the years have told me they've seen audiences full of hardened sales executives and middle managers brought to tears by these beautifully crafted and performed songs that tell them, "What you're doing is important for you, for your family, for the company, for America, for the world." This was stuff that hit them right where they lived.

And yes, it was to promote sales, but it was also to tell them, "We understand what you do out there when you go into the field of battle, and we appreciate it, and you're not forgotten."

Read an excerpt of Everything's Coming Up Profits