Accessibility links
Movie Review - 'How I Live Now' - The Apocalypse, Through A 16-Year-Old's Eyes Based on the 2004 novel of the same title, How I Live Now follows a teenager living in the English countryside, trying to survive and find her family after martial law is declared. Directed by Kevin Macdonald (The Last King of Scotland), the film stars Saoirse Ronan.

The End Of The World, As She Knows It

The End Of The World, As She Knows It 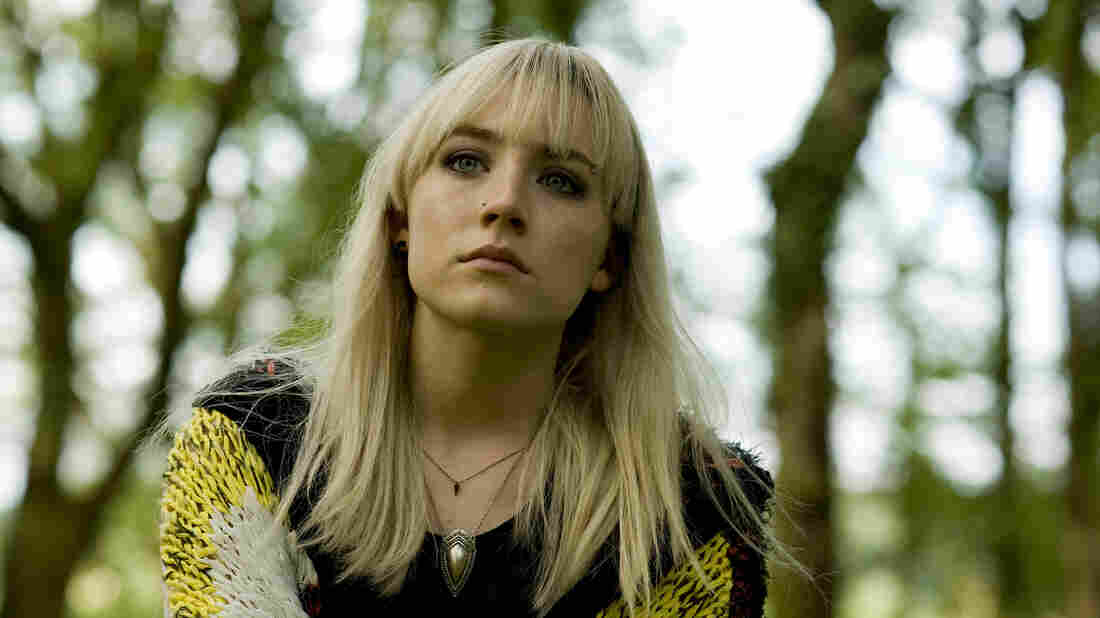 Daisy (Saoirse Ronan) is just a typical teen struggling with boys, family and growing up — and also what might be the apocalypse. Nicola Dove/Magnolia Pictures hide caption

How I Live Now

Rated R for violence, disturbing images, language and some sexuality.

Because it serves up Armageddon with a side order of teen romance, How I Live Now is not always credible. But as a portrait of a surly 16-year-old whose internal crisis is overtaken by an external one, the movie is persuasive.

For that, credit goes partly to director Kevin Macdonald, but mostly to his star, Saoirse Ronan. Playing a neurotic urbanite who learns to survive in a war-ravaged landscape, the actress is, appropriately enough, a force of nature.

The opening sequence, set in an unidentified British airport, announces that the movie shares its lead character's perspective. We're practically inside the head of Ronan's Daisy, and it's a noisy place. Her thoughts — angry, insecure, self-rebuking — compete with the glam-rock song pulsing from her purple headphones.

The film's script was adapted from Meg Rosoff's 2004 novel, some of whose fans are unhappy with the alterations. In the book, Daisy is anorexic; in the movie, she's obsessive-compulsive, with a fear of germs and gluten and a hand-washing fixation. Also, the cousins she's about to meet have been condensed; one onscreen boy combines the roles of two in the original tale.

Daisy was raised in New York by her American father; the dead mother she doesn't remember was the sister of Aunt Penn (Anna Chancellor). Penn's children are teenagers Edmond (George MacKay) and Isaac (Tom Holland) and their little sister, Piper (Harley Bird). While the two younger kids are chatty, Edmond is a handsome brooder. 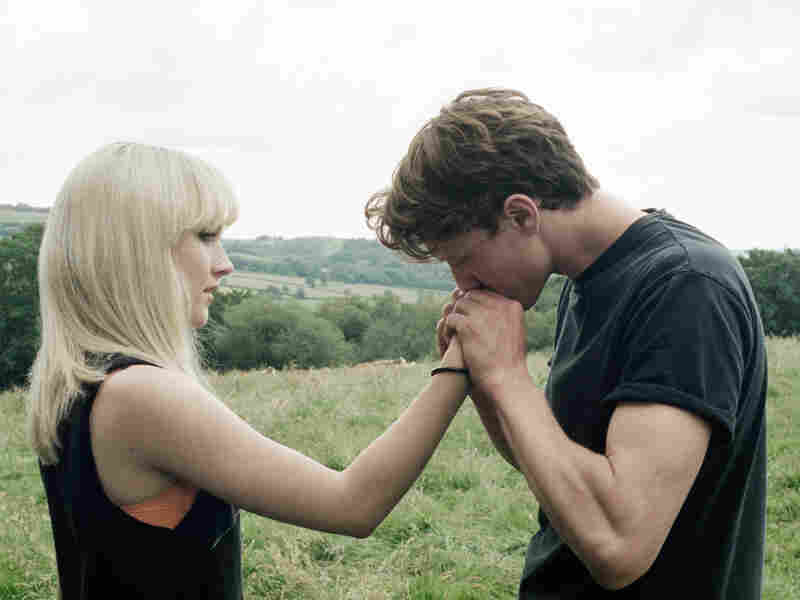 Before a London bombing that triggers martial law across England, Daisy and Edmond (George McKay) fall for each other among the idylls of the countryside. Magnolia Pictures hide caption 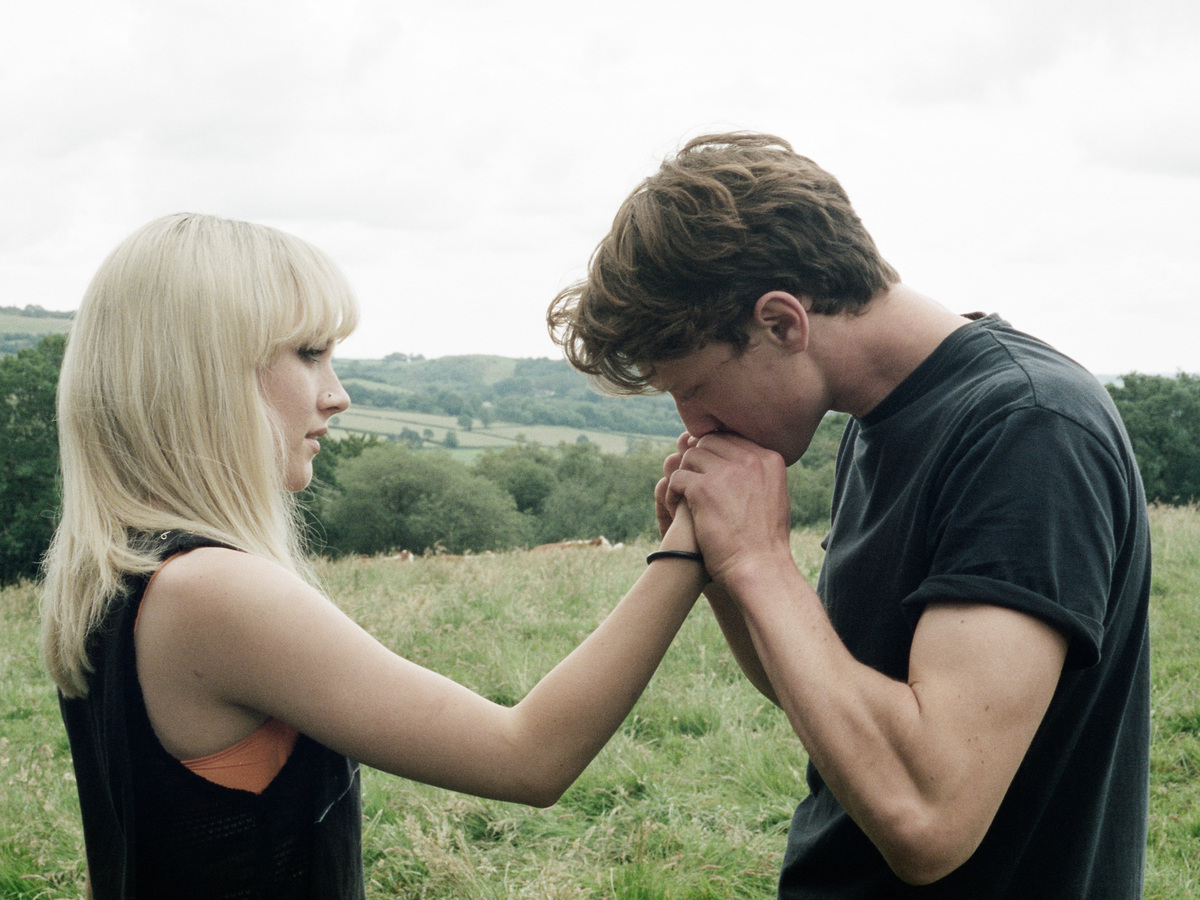 Before a London bombing that triggers martial law across England, Daisy and Edmond (George McKay) fall for each other among the idylls of the countryside.

Life isn't so pleasant beyond the confines of the family farm, however. Aunt Penn spends all her time on her phone or computer, trying to avert some geopolitical crisis. She heads for Geneva, too late to prevent the catastrophe, and is never seen again.

Then a bomb detonates in London and martial law is declared. The kids hide in a secluded barn, but are soon captured. Edmond and Isaac are sent to a detention camp, while Daisy and Piper find themselves sorting through rotted vegetables in search of the occasional edible one. They live with a latter-day Dickensian matron, and sleep in the room of a young man who's gone off to war.

Before he was caught, Edmond told the others to meet him back at the farm, so when a skirmish provides a distraction, Daisy and Piper slip away and head home. At its most ominous, this section resembles the chilling scene in Germany, Pale Mother in which a woman leads her young daughter through the remains of a Nazi death camp. The ever-present threat of sudden savagery also recalls Macdonald's The Last King of Scotland.

Less plausibly, Daisy tangles with thugs in the woods, protecting Piper with a bit of the assassin's skill Ronan demonstrated in Hanna, a tough-girl fable even more fantastical than this one.

The movie is wise to focus tightly on Daisy and her cousins, without explaining the larger events. But this approach leaves a nagging question: Why would British troops brutalize kids who are neither outsiders nor insurgents?

How I Live Now doesn't say. It's better at conveying raw emotions and intense sensations, translating the interior turmoil of adolescence into real-world combat. As Macdonald deftly presents a subjective viewpoint, Ronan endows her overly schematic character with authentic desire, resentment and willfulness.