Accessibility links
No Room For Erasers, As Technology Deletes Pen Businesses As mobile devices dominate our work and personal lives, people are buying fewer pens, especially high-end ones. That's doomed many mom-and-pop pen shops, but a few are still holding on, relying on those who treat pens like jewelry. 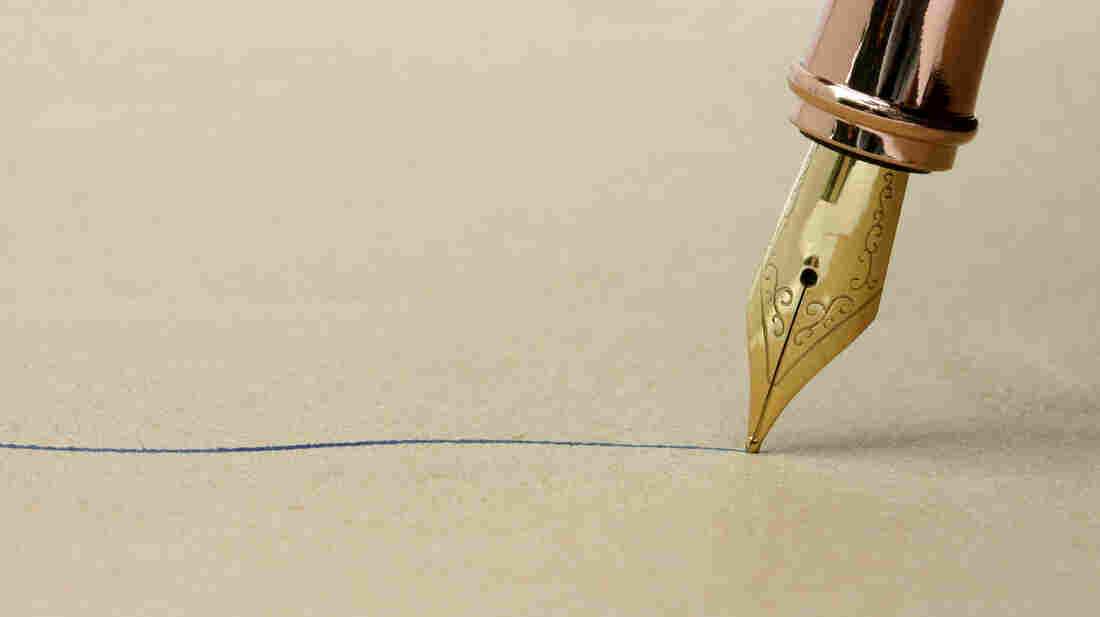 In the 1800s, fountain pens were the height of writing technology, allowing writers to pen words continuously without stopping for an ink dip. iStockphoto.com hide caption 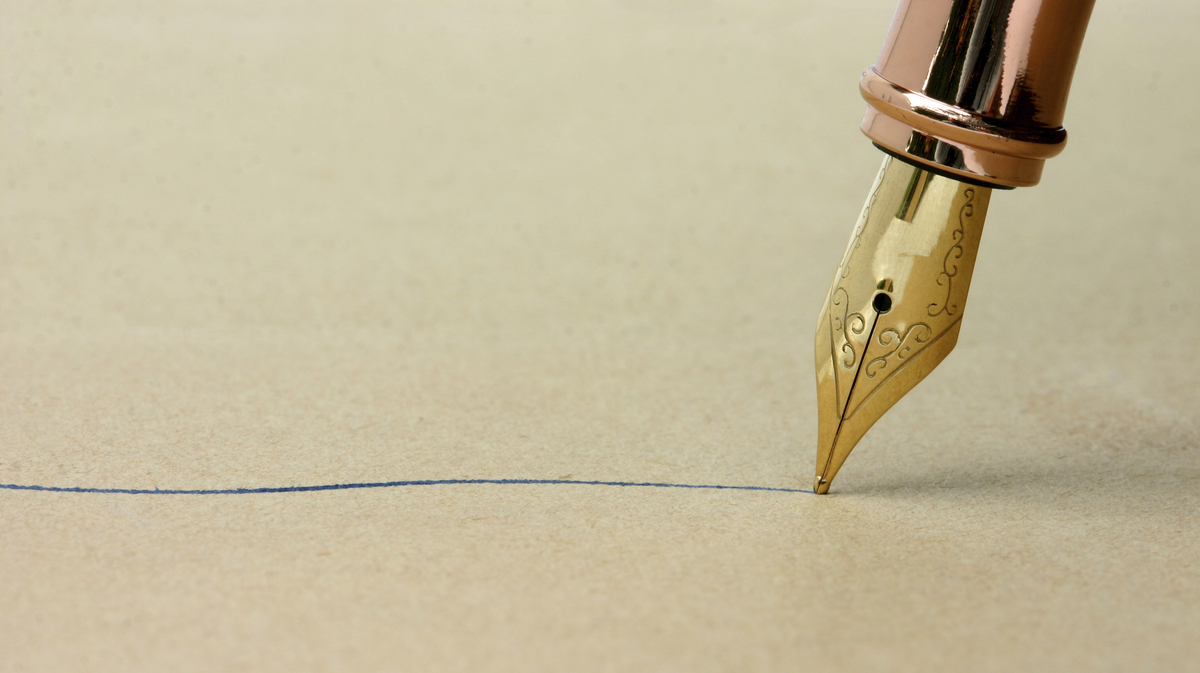 In the 1800s, fountain pens were the height of writing technology, allowing writers to pen words continuously without stopping for an ink dip.

We tweet. We text. We email. But how often do we really write anymore? Not much, if you look at the business of selling pens — or "fine writing instruments," as shop owners call them. With their writing tools becoming obsolete, pen stores have folded, including a century-old shop in New York.

But despite the tech-heavy trends, a few old-fashioned pen stores are still holding on.

Walking into Daly's Pen Shop in Milwaukee is like leaping back in time. Ninety-year-old, custom-made wood storage cabinets line the walls, antique ink bottles lurk on the shelves, and Sinatra songs serenade customers as they walk in.

The pens range from the Japanese Pilot Namiki pens — retractable fountain pens that range from $150 to $300 — to the Waterford pens, as in Waterford Crystal.

Daly's owner, Brad Bodart, points out classic Cross Rollerball pens for $40, and fancy Montblanc fountain pens that sell for $1,000. He says that whatever the price point, a good pen completes the package. 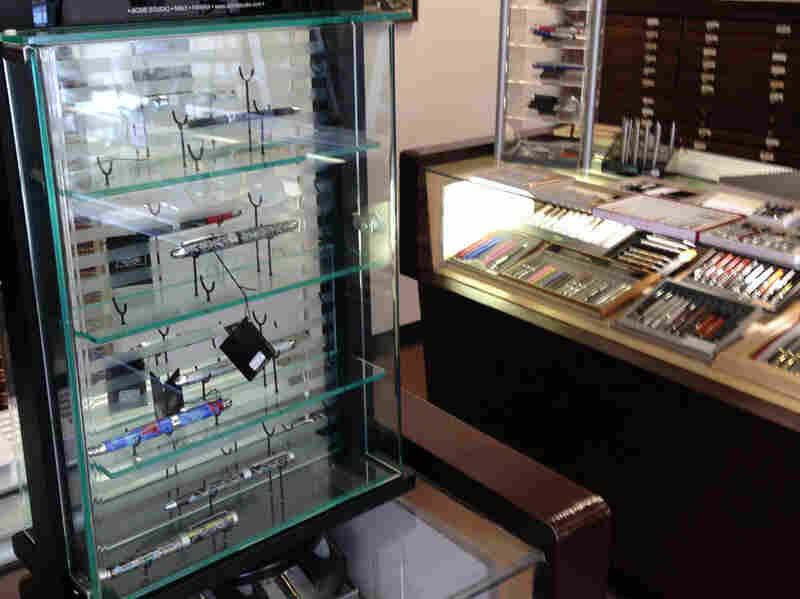 Daly's Pen Shop in Milwaukee, Wis., opened in 1924. While other pen stores have closed across the nation, this place has kept its doors open. Erin Toner/NPR hide caption 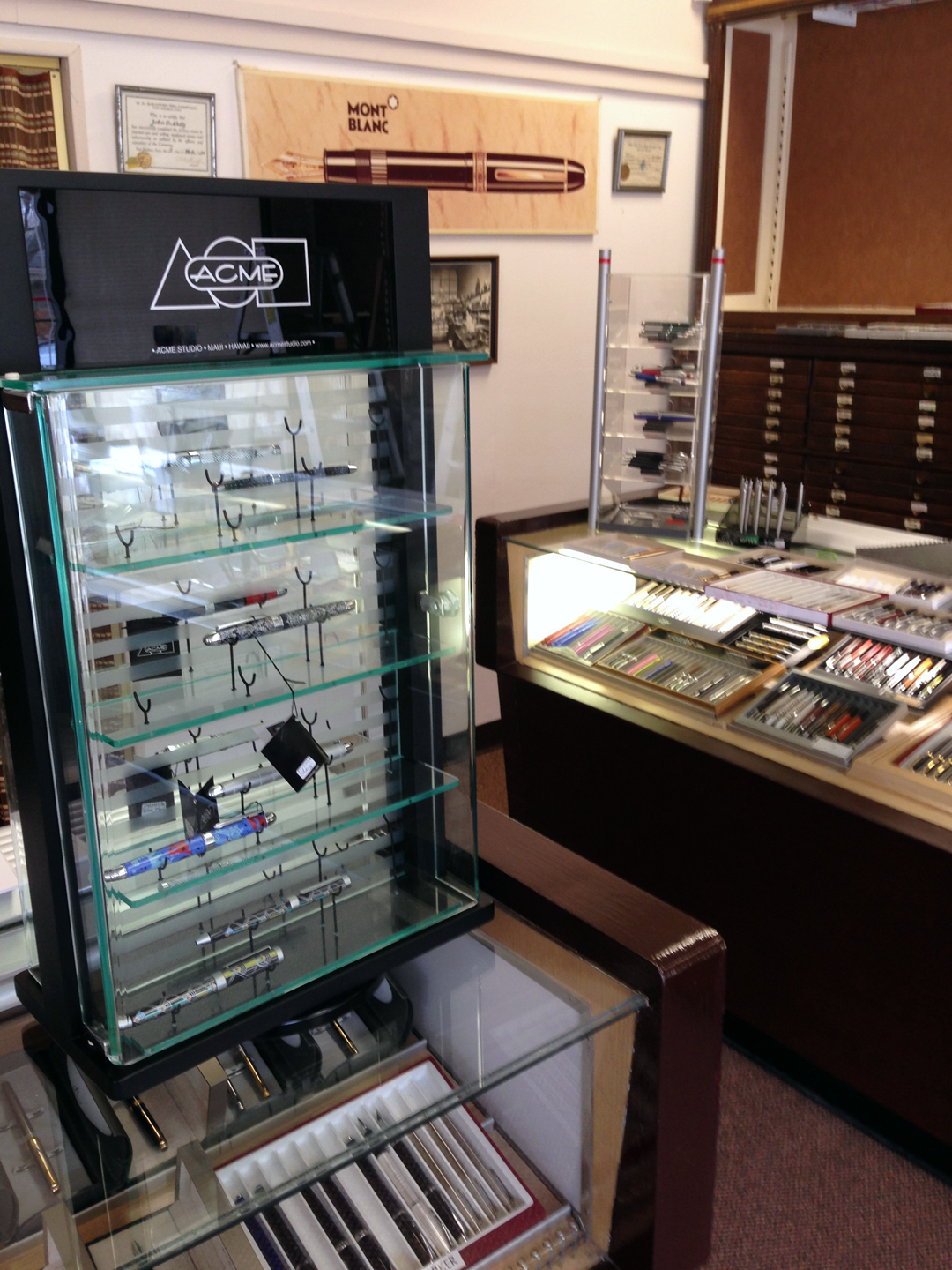 Daly's Pen Shop in Milwaukee, Wis., opened in 1924. While other pen stores have closed across the nation, this place has kept its doors open.

Before The Email Era

Daly's opened in downtown Milwaukee in 1924, when most business and correspondence was done on paper. Bodart says he doesn't know of an older pen store that's still in business.

Just in the past few years, Bodart has seen his sales plummet by nearly half. He's able to keep his store open because of expanded online sales and a side business selling antique pens on eBay.

"I won't lie. The electronics have taken a bite out of the writing instrument business," he says. "But there's a core group of people [for whom] pens are just embedded into their soul, and we still have a good, viable business."

Public school teacher Lisa Marie Menefee just popped into Daly's to get ink for the Montblanc pen her husband gave her 20 years ago.

Menefee says she loves pens, and the feeling of writing with a good one.

"Oh, I love the way it feels, but most of all I like the way it looks on a page," she says. "It seems to have an impact on what I'm actually writing."

As Menefee walks out with new ink cartridges, two women walk in looking for fountain and calligraphy pens.

"We drive all the way from the North Shore of Chicago to come here, because this is the only pen store," says Susan Lane. "I mean, there's one downtown but it isn't as fun as this is."

She tries out an emerald green and gold Visconti.

With Pens For Percussion, The World Is A Playground

A Pen For The Tech-Savvy Youth

A few weeks ago, Brad Bodart closed the original 1924 Daly's store and moved the antique furniture to a new space across town. He wants to preserve the store's old-timey feel while cultivating a new generation of pen lovers.

"This would be the Cross Tech 3," Bodart says, holding the $55 pen that he's marketing to young people who'd rather have a cool phone than a fine writing instrument.

"You have your rubber stylus on the back for all your smart tablets," he points out. "You have a ballpoint in black, a ballpoint in red, and a pencil. So it's one unit — for the person that needs to do everything in one instrument."

While he may not be able to beat the prices you can find online, Bodart is hoping that people continue to value the experience his shop provides — feeling the weight of a well-made pen. And, yes, actually writing something with it.