Accessibility links
To Understand A Russian Fireball, Physicists Turn To YouTube Hundreds of videos captured the flight of a fiery meteor over the city of Chelyabinsk in central Russia last winter. Now scientists have used those videos to help calculate the force of the blast and to triangulate the meteor's path.

Nine months ago a 12,000-ton meteor exploded over Chelyabinsk, a Russian city with 1.1 million residents. Hundreds of personal videos captured the fireball's flight — and that means you can watch the spectacle from almost any vantage point on YouTube.

Now, in large part by poring over these videos, physicists have been able to estimate the power of that explosion, calculate the exact trajectory of the meteor and figure out why we didn't see it coming.

It all started with a small asteroid — one of the millions of unremarkable gray rocks circling the sun. But this particular asteroid was exceptionally unlucky. Shortly after the sun rose over central Russia on Feb. 15, the asteroid collided with the Earth's atmosphere and became a fiery meteor.

Eleven hours later, as the sun rose over Ontario, physicist Peter Brown turned on the television and heard the news.

"I was almost in shock for the first 24 to 48 hours," says Brown, a professor at Western University in London, Ontario. "You know the odds of this happening were so incredibly low, for me to see it in my lifetime, during my career — it's negligible."

The event was especially exciting for Brown, because he studies how meteors explode. But instead of hurrying to YouTube to watch more videos of the meteor, he pulled up some fresh data from a completely different source: the Comprehensive Nuclear-Test-Ban Treaty Organization.

The CTBTO maintains a global network of sensors to make sure no one is blowing up nukes. They look for radioactive isotopes, seismic shocks and super-low-frequency sound waves. Seventeen of their sensors picked up a striking low-frequency rumble on Feb. 15.

Those readings confirmed what Brown suspected — this was the largest so-called "airburst" in more than a century. It was 30 times more powerful than the bomb dropped on Hiroshima. It didn't cause as much damage because it exploded several miles up, but the blast still knocked people off their feet and broke windows, causing thousands of injuries. 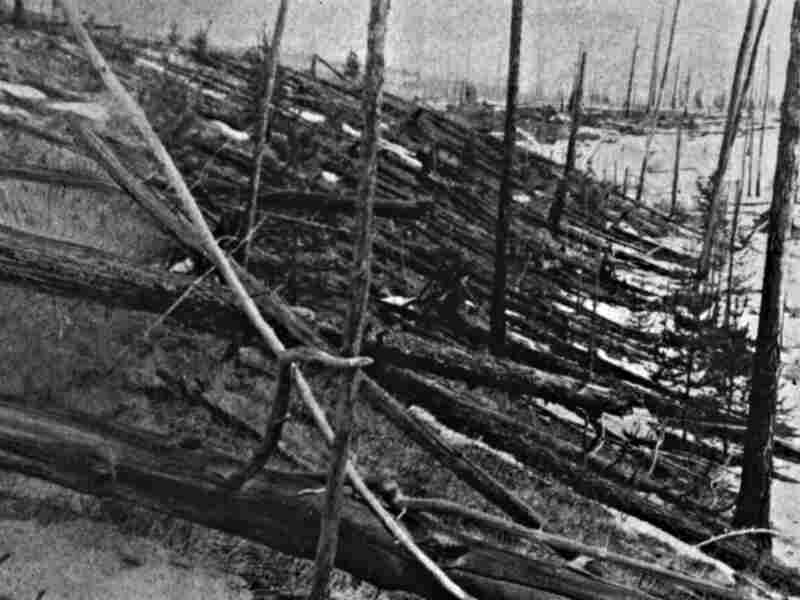 In 1927, Leonid Kulik led an expedition into Siberia to investigate the meteor explosion of 1908. He didn't find any meteorites, but he did see a lot of knocked-down trees. Leonid Kulik Expedition hide caption 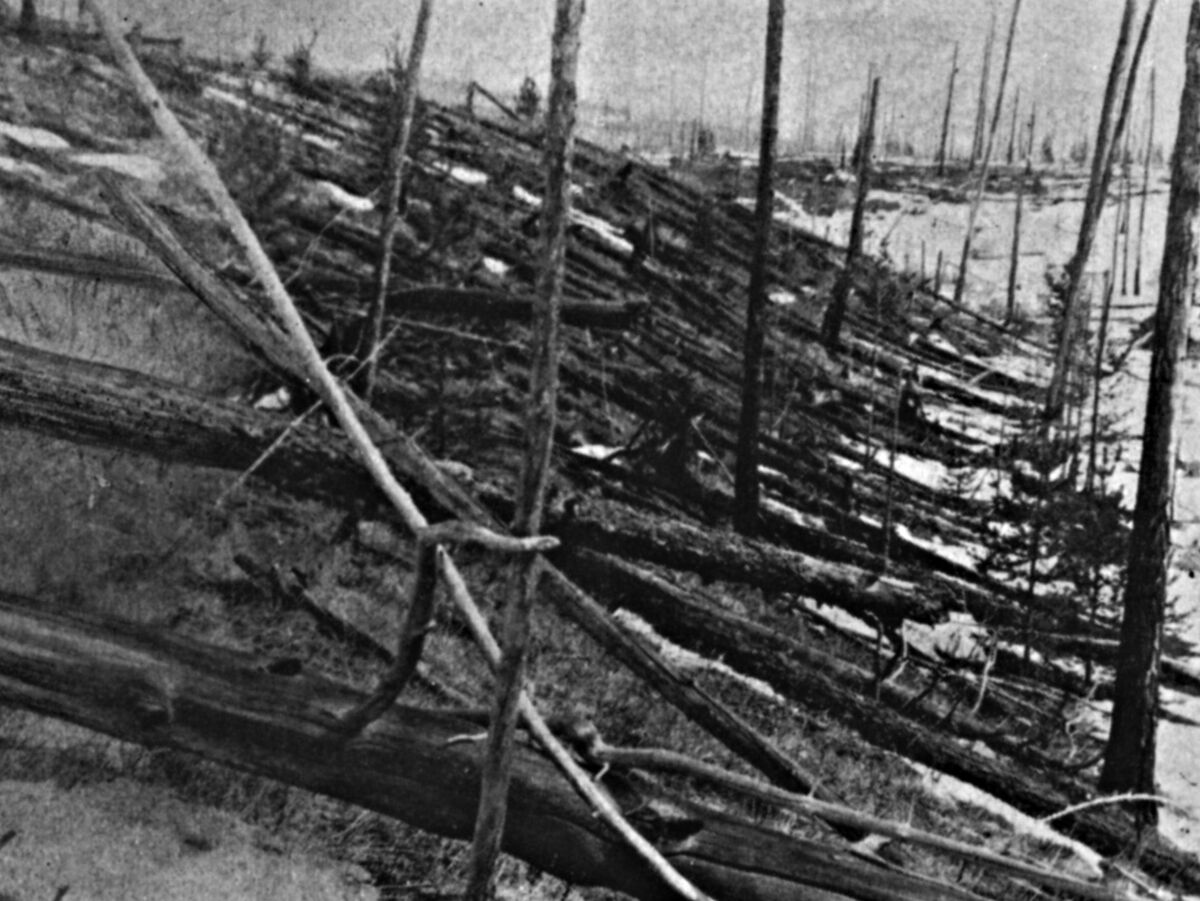 In 1927, Leonid Kulik led an expedition into Siberia to investigate the meteor explosion of 1908. He didn't find any meteorites, but he did see a lot of knocked-down trees.

It was a shock for the citizens of Chelyabinsk, but an amazing opportunity for researchers.

"You can think of it as Christmas in meteor-astronomy land," Brown says. "Now we have this event that can answer questions we've been posing for years."

The last big meteor explosion happened back in 1908 over a remote corner of Siberia. To figure out its size and power, scientists had to examine the pattern created by trees knocked down in the area.

But this time, scientists have way more data — not just from sensors and satellites, but from all those uploaded YouTube videos. Brown and his colleagues from the Czech Republic published two papers based on this data in this week's issue of the journal Nature.

They analyzed videos from dash cams — video cameras widely installed by wary Russians over the last several years as a defense against insurance fraud and police corruption. The viewpoints from all those cameras allowed the scientists to triangulate the meteor's exact trajectory. They were also able to figure out the meteor's diameter (about 65 feet), its entry speed (around 42,000 mph) and the answer to a pressing question: Why didn't we see it coming?

"The answer is — it came right out of the sun," Brown says. 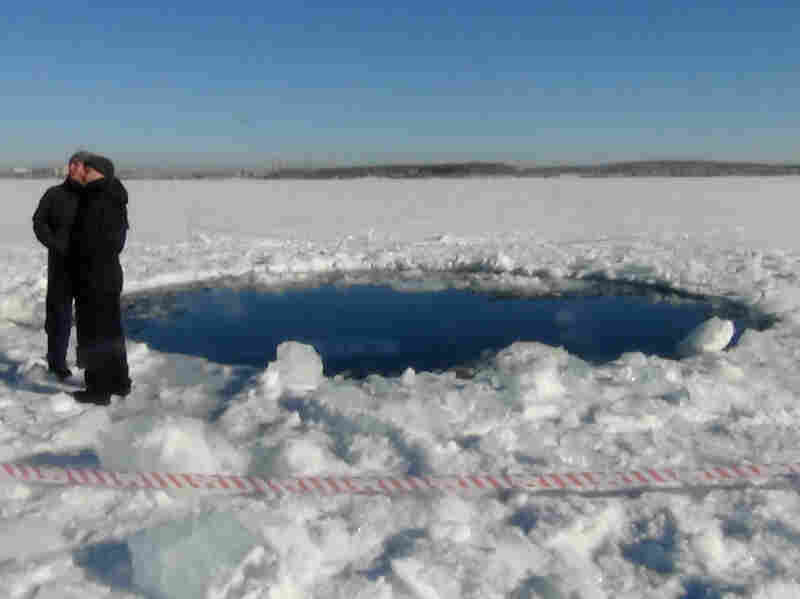 The largest fragment of the Chelyabinsk meteor punched a hole in the frozen surface of Lake Chebarkul. The 1,200-pound stone was recovered from the lake bed last month. AP hide caption 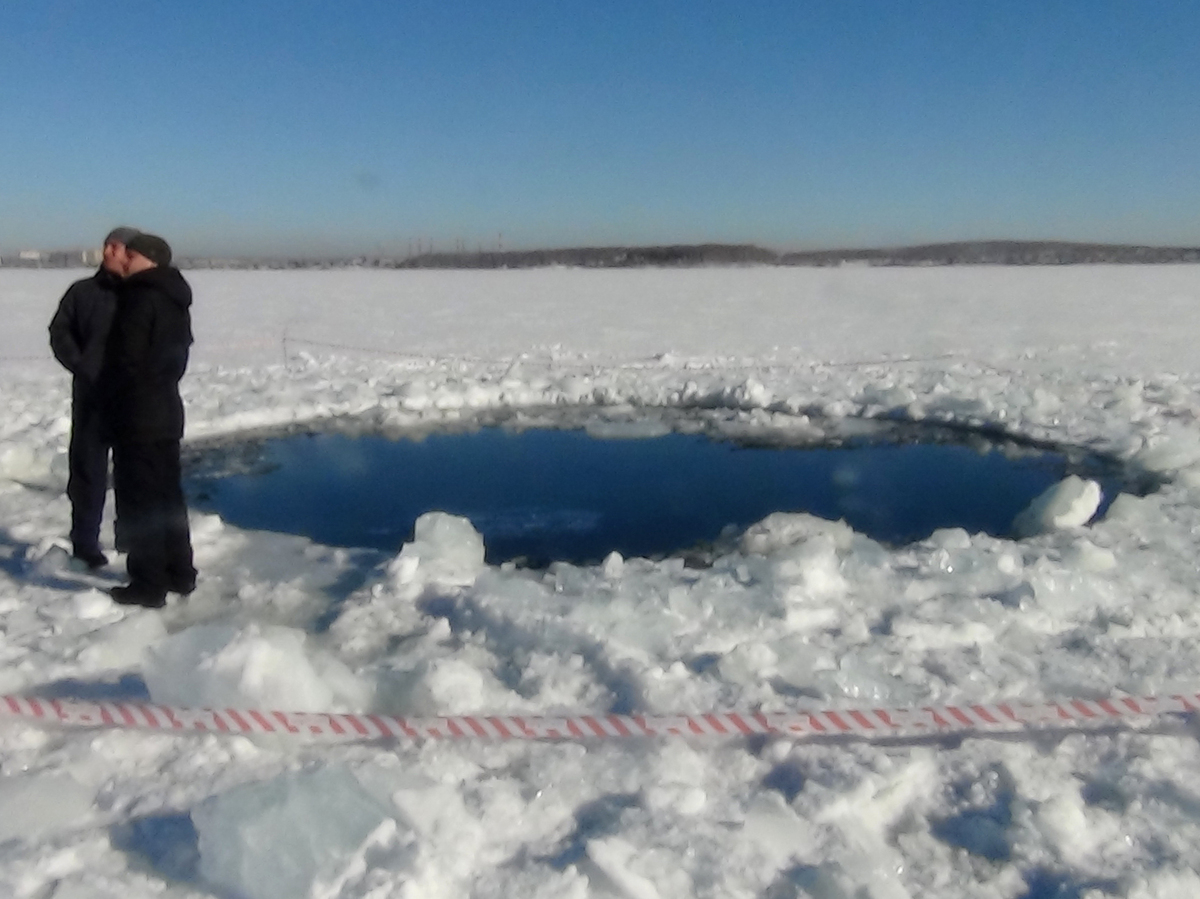 The largest fragment of the Chelyabinsk meteor punched a hole in the frozen surface of Lake Chebarkul. The 1,200-pound stone was recovered from the lake bed last month.

Like a new moon, the asteroid was illuminated from behind, so it was nearly invisible.

Researchers also have a possible lead on the meteor's origin. A known asteroid more than a mile-wide has a nearly identical orbit. So it's possible the Chelyabinsk meteor is a chip that broke away from this larger rock.

While studying this latest event, scientists reviewed similar impacts from the past few decades and discovered something odd. The rate of these impacts is an order of magnitude higher than previously thought — higher than surveys of all the rocks floating around in the solar system would suggest.

"You can pass that information to appropriate national authorities," Brown says. Such research could help public officials answer key questions, he says, such as, "Should you just be warning people to stay away from windows or should you be evacuating the city?"

We could someday have a meteor warning system — just like the ones we have for hurricanes and tornadoes.