Accessibility links
Photographer Editta Sherman, 'Duchess Of Carnegie Hall,' Dies At 101 For six decades, in her light-filled studio on top of New York's Carnegie Hall, Sherman photographed celebrities from Leonard Bernstein to Yul Brynner to Joe DiMaggio. She was a legend as a portrait photographer — and she'd tell you that herself. 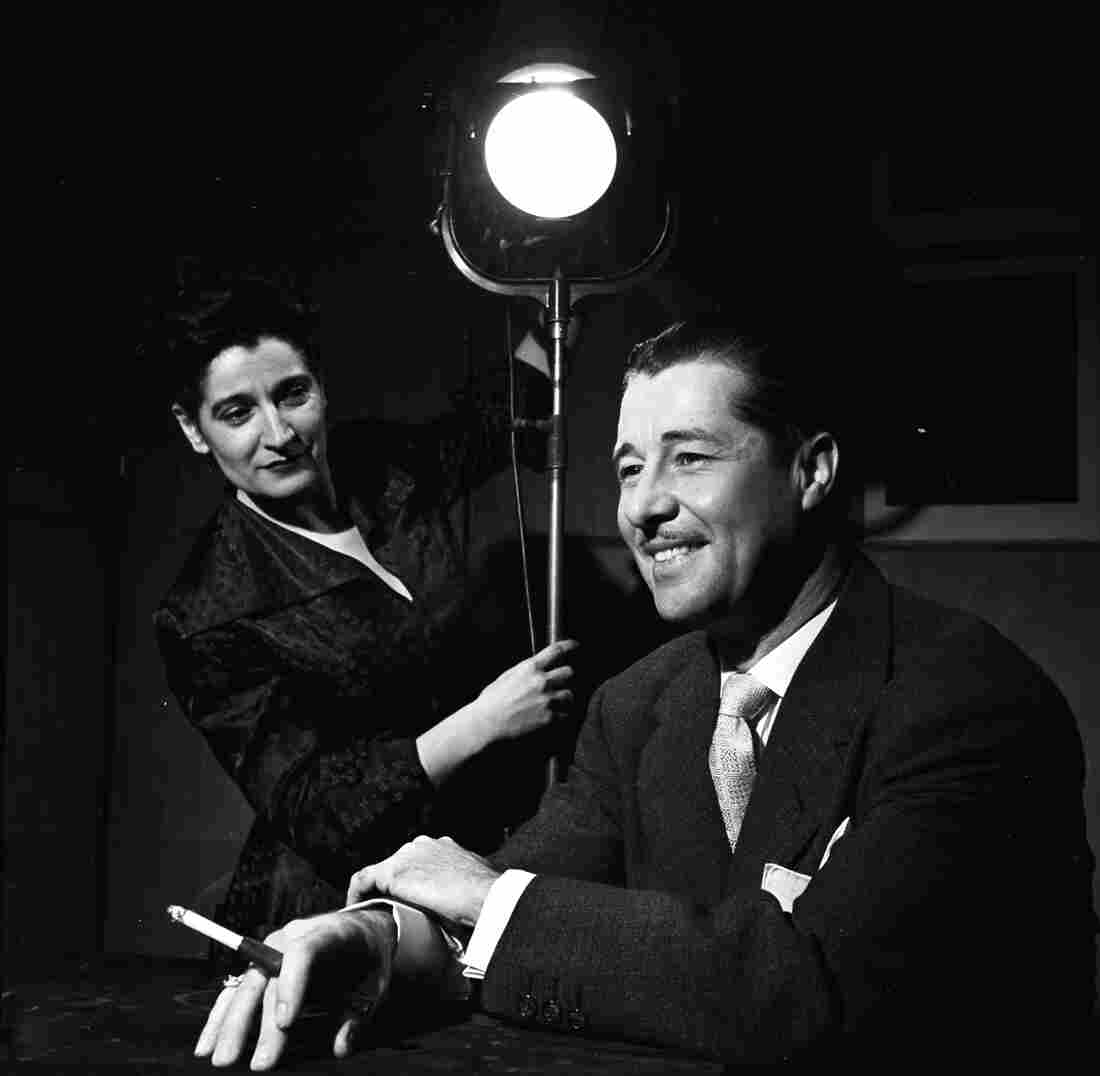 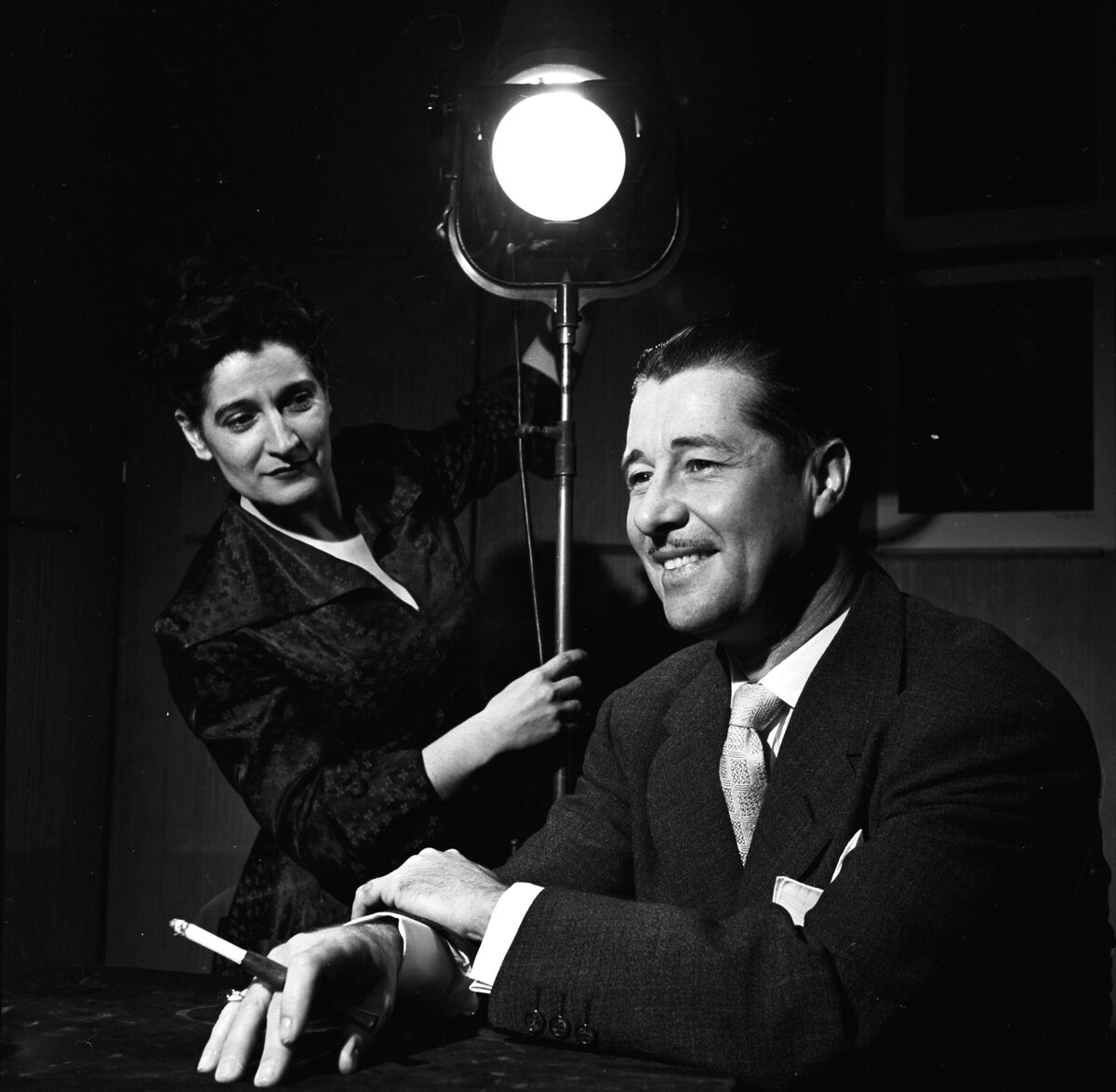 For six decades, in her light-filled studio on top of New York's Carnegie Hall, portrait photographer Editta Sherman photographed celebrities from Leonard Bernstein to Yul Brynner to Joe DiMaggio. She was a legend — and she'd tell you that herself. Sherman died Friday at 101.

A note on her website reads: "Editta Sherman's vibrant sparkling life faded from this earth on November 1st, All Saints Day. She is at peace now and she is clothed in her ballerina dress with her diamond shoes dancing her way home to our hearts."

Josef Astor was a fellow tenant with Sherman in the Carnegie Hall artists studios. He made a documentary in 2010 about its colorful residents called Lost Bohemia. In an interview when she was in her 90s she said of her Carnegie home, "I expect to be here until I die. I expect to live to be 100." Astor tells NPR's Melissa Block that his friend, colleague and neighbor had "a huge personality, but that wasn't the only side of her." 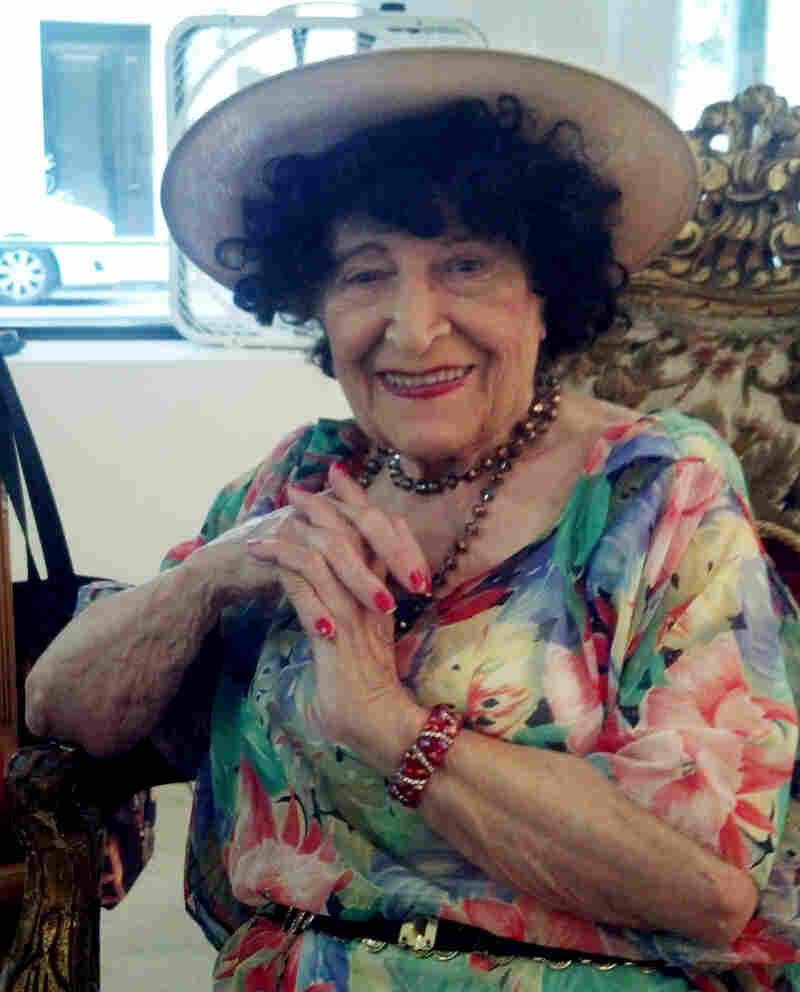 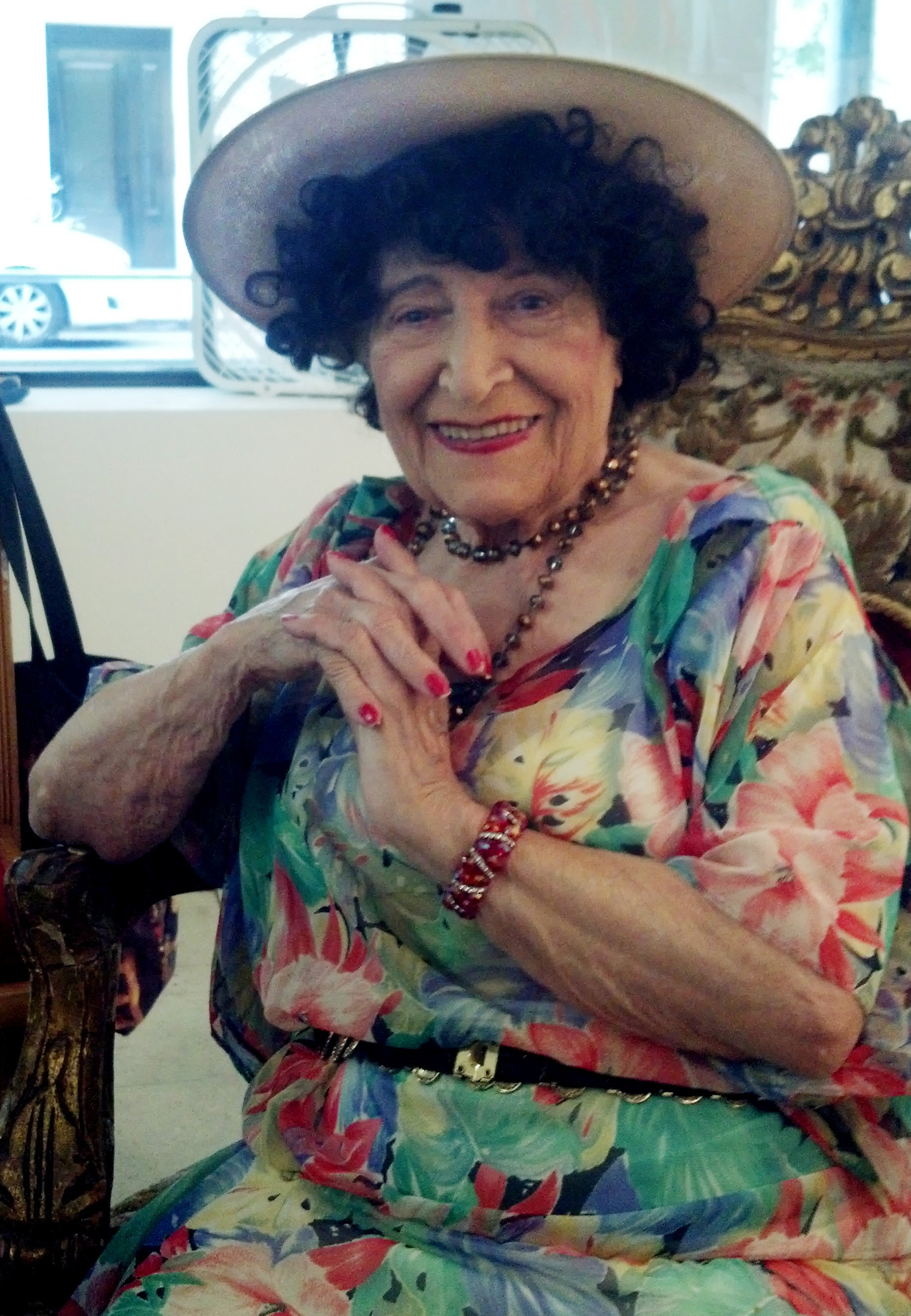 Sherman poses for a photo in New York in July 2012.

On Sherman's title as "The Duchess of Carnegie Hall"

It was Bill Cunningham — our other neighbor and photographer friend — who gave her that title and nobody could have filled it better than she. ... She was always the figurehead of the place. ... It's difficult to describe because she wasn't just the tiara-wearing queen of Carnegie Studios; she was the great mother of all of us, making lentil soup when people were sick — you found it hanging on the doorknob of your studio in a plastic bag.

On her apartment and studio, where she lived with her husband and raised five children

She had a giant Kodak 8x10 view camera on wheels — it looked like a person itself. The aperture holes ...were cut out of a piece of cardboard and she'd slip them in and out of the lens by hand. There was really nothing at all technical or automatic about it. In fact, it just tells you how she took those pictures — she was an intuitive type of photographer. She'd squeeze a little red bulb and that would release the shutter. But more than that, more than any of those low-tech things it was really her personality that really animated the subjects, they responded to, and really make those portraits come alive and be so wonderful as they are.

I think it was mutual. When they saw her she was always dressed up. When I've seen her photograph sessions it was almost like a choreographed dance. She'd sort of dance around the camera, she'd give directions, and the subjects would just come alive for her.

On losing her apartment in Carnegie Hall

I think more than any of us — not just because she had been there the longest — but she was more affected because she was most closely identified with that building. She had fought for it many times over. ... In the late 1950s when they were going to tear down the whole building she was there defending the artists and the studios and the building. And in the recent battle to save the studios, she was also there on the front line. So she was really the figurehead and the symbol of the place. As wonderful as she was and as hard as the tenants fought, it didn't work out in our favor. I still see it as a great tragic loss for New York City.

On the memorial service for Sherman

It seems appropriate in that there were beautiful pictures from all aspects of her life near the coffin and on the other side there was an enormous hat made out of flowers all spray-painted. ... There was a lot of Bohemian artists. There was a massive amount of grandchildren and great-grandchildren ... lots of family and all sorts of friends and people whose lives she touched.