Accessibility links
Interview: Jake Gyllenhaal, Going After What's Real On a visit to the set of Nightcrawler, NPR's Audie Cornish talks to the actor about his changing career and his recent crime drama, Prisoners, where he plays a solemn detective in search of two young missing girls. 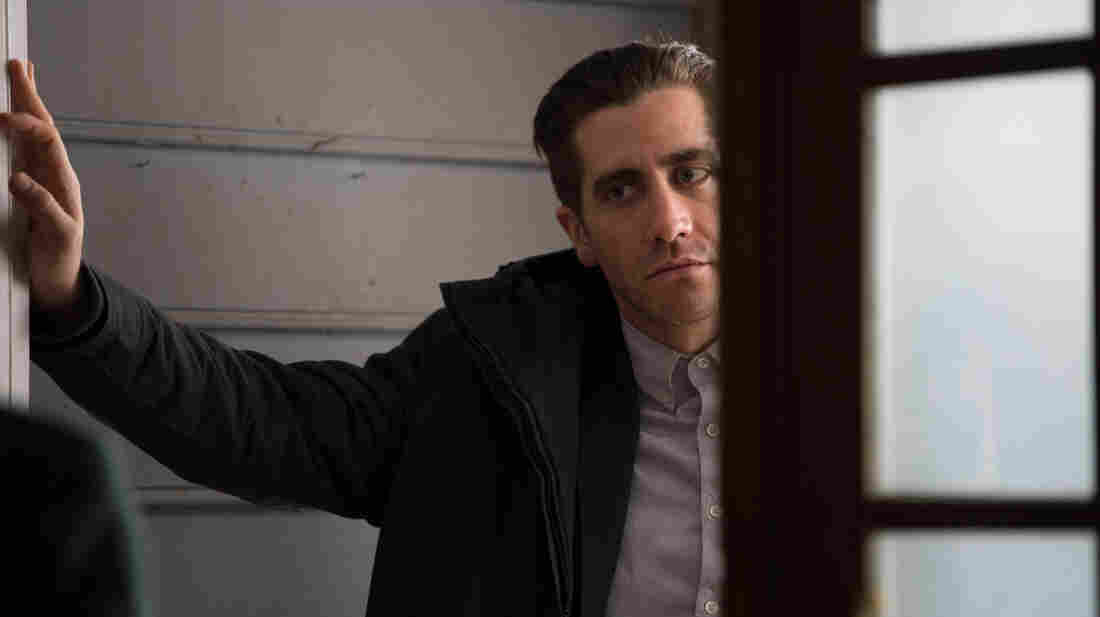 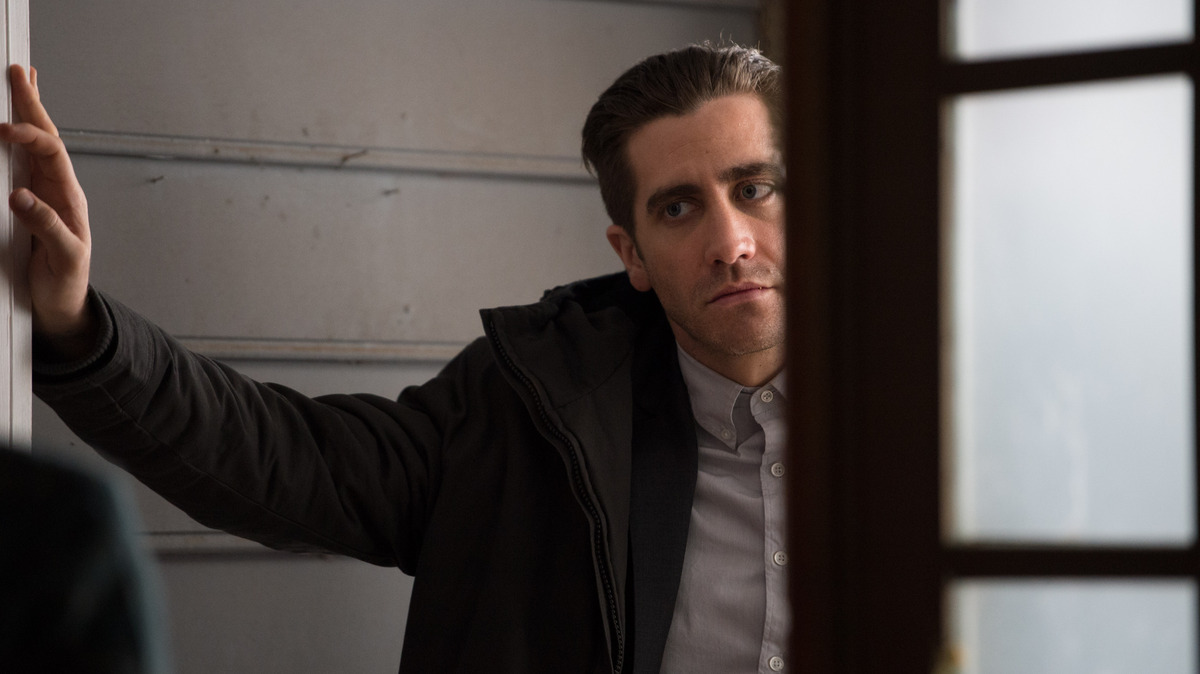 In the movie Prisoners, now in theaters, a detective investigates the abduction of two young girls. Things get a little more complicated when the father of one of the girls takes matters into his own hands, kidnapping and torturing the man he thinks is responsible.

The detective, a terse, tattooed cop, is played by Jake Gyllenhaal, an actor perhaps best known for his Oscar-nominated role in the 2005 film Brokeback Mountain. NPR's Audie Cornish visited him on the set of the upcoming film Nightcrawler, where she talked with the actor about Prisoners, torture, and the changes he's been making to his career.

On the tight shooting schedule for Nightcrawler

Well, this movie in particular ... it's a smaller-budget film. And we're shooting this movie in 28 days, which is a short amount of time to make a film. The only shorter film I've made is 22 days, which was this film called End of Watch ... [where] we spent most of our waking and non-waking time making the movie. You know, it was sort of like a bender the whole time.

On getting in and out of character

I've sort of approached my work in a different way recently, in the past few years, which basically means I've spent, probably, about six or seven months preparing for each role. ... One role blends into the next role. I mean there's strange idiosyncrasies from roles that I play that I picked up that will never go away.

You know, I played this role, [Detective Loki], in this movie Prisoners, and every once in awhile while, I'm in a scene in this movie I'm filming now, I have — [Loki] has this strange sort of facial tick — occasionally I find myself wanting to do [it]. Like the urge will come up.

On playing a character, like Detective Loki, where there's a lot going on underneath the surface

There are so many pieces to that. I mean to me he's just not clear about how to express his emotions. You know? ... For him it's a very interesting sort of line to walk, where in order to be a very good detective — as I did research, and as I've spent a lot of time with law enforcement — [I learned] there has to be a deep fascination with the criminal mind, as well as a want to bring it to justice.

There is not one character in the movie that has one clear through-line, who is just doing the right thing, who is a "good person," or whatever we might consider that to be. Everybody's complicated, everybody's really struggling.

On the torture depicted in Prisoners

I can't make a movie unless I believe in the themes behind it. I mean that's the first question I ask myself, always, is what is this movie about? You know? And for me I always thought — and continue to to this day, which is a testament to the fact that Denis Villeneuve, who's the director of Prisoners, really pulled off what he said he would — which is that violence begets more violence, and that's the idea of this film.

And that, really in this case, it's about control. The question of what do we do when we feel out of control? And oftentimes, in a situation like this, violence seems to be the answer. But I think what Denis Villeneuve is trying to say is that it really isn't. That it gains nothing, [it] does not give you more control.

On his shift in his approach to his career

It just stemmed from my family. You know, all of it stemmed from wanting to be near my family, feeling like there were all these families I had made when I was making movies, but that I wanted to be near my real one. And I wanted, you know, my life in particular to be focused and centered around that. So I moved to New York, and got to hang out with my nieces a lot more, and my sister and my mom. And I've always been close with my family, but I just wanted to be literally, physically closer to them.

On moving away from blockbusters

I just felt like I wanted to be excited. I love my work, and I had moved away from the work itself, and I was being asked questions that I didn't know how to answer. [About] you know, life, films, everything.

I just — I felt like the reason why I started acting was because I deeply, deeply love acting. You know, I love storytelling, I really do, and I just felt like I was moving farther and farther away from that idea.

And I thought, well where can I find projects and work with people that will allow me to be involved in a way that will fulfill my life, [and] make me feel like when I'm on my deathbed, I'm going to go "Yeah, like that's the way I want it to be."

And I also, I really do think that that came from a lot of things in my life. Like when I mention my family, it's because at a certain point — you know my parents got divorced when I was 30, you know what I mean, which is a very strange time. My sister was having these two beautiful kids and I wanted to be around. There's so many things — and I just said "Wait a second, wait a second, wait a second, what's real here? I want the real stuff." And I want my work to be as close to that as possible.