Accessibility links
Brazil's 91-Year-Old Leading Lady Still Shines Bibí Ferreira can channel Piaf and Sinatra in a heartbeat — and, six decades into her career, the actress and singer continues to captivate audiences on stages around the world. Betto Arcos caught up with Ferreira in Rio de Janeiro on the eve of her trip to New York for a performance at Town Hall. 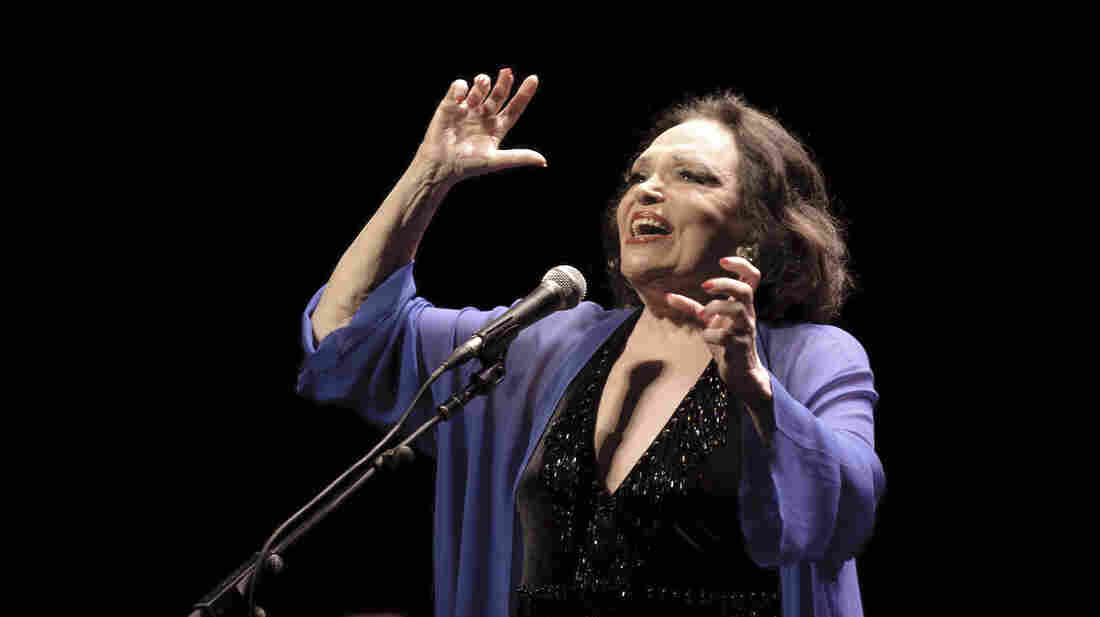 Actress and singer Bibí Ferreira has been performing on stage and television for more than 60 years. Wilian Aguiar/Courtesy of the artist hide caption 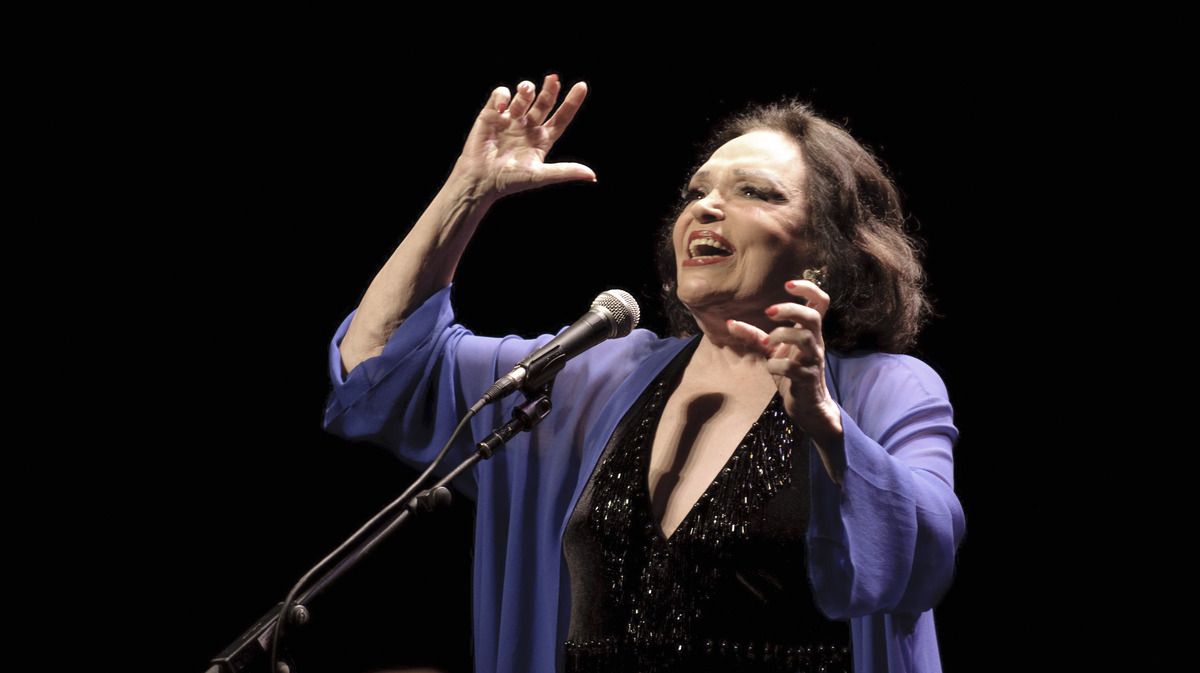 Actress and singer Bibí Ferreira has been performing on stage and television for more than 60 years.

Wilian Aguiar/Courtesy of the artist

At 91 years old, actress and singer Bibí Ferreira is still performing to packed houses in her native Brazil and beyond. Her fans range from superstar soccer player Pelé to Liza Minnelli. Many consider her the single most important theater actor in Brazil.

Bibí, as Brazilians fondly call her, has been performing on stage and television for most of her life. Her father, Procópio Ferreira, was Brazil's most respected stage actor when he invited his teenage daughter to join his company.

"When I was still 17, I opened with my father at the Teatro Serrador here in Rio de Janeiro, on February the 28th of 1941," Ferreira says. "And I opened with a classical play by Carlo Goldoni, Italian — La Locandiera. It was a great success because it was interesting to see the great Procópio presenting his daughter."

Three years later, she started her own theater company in Rio. She performed and directed all over Brazil and before long, her career had eclipsed that of her father. In 1962, she was contacted by the American producers of My Fair Lady. They wanted to stage the musical in Brazil, and they needed someone who could act and sing.

"I made a test. Funny, making a test after years and years of working as a professional. But I made a test for the Americans," says Ferreira.

She got the part and My Fair Lady broke records in Brazil, playing in theaters for two and a half years. After this success, she took the lead in Hello Dolly, and a few years later, Man of La Mancha. These musicals ushered in the era of large theater productions in Brazil, with Ferreira at the forefront.

In 1970, she directed a musical about beloved composers Dolores Duran and Antonio Maria. One of the leads was singer Maria Bethânia, who says Ferreira cast a huge shadow on the Brazilian stage.

"Bibí has been very important for Brazil. Everything that she does has helped Brazil with its identity," Bethânia says. "She's a master of theater, of the stage — of the arena, as she likes to call it."

Bethânia says working under Ferreira's direction had a major impact on her own career: "Bibí taught me about the stage, and about respect, dedication, and how risk teaches you about life."

In the mid-1970s, Ferreira performed the lead in the musical Gota D'Agua. It was written by her husband, Paulo Pontes, and featured songs by the renowned singer-songwriter Chico Buarque. It was inspired by the classic Greek tragedy of Medea.

Gota D'Agua is set in a favela, a slum in Rio. It's a tragic portrait of people living in poverty, and Ferreira says she took a risk bringing it to the stage. "Some said, 'That's going to be a terrible flop.' Imagine this tragedy, killing the kids and all that," she says.

But once again, it was a success — and Ferreira followed with another challenge. Her agent had gone to New York and brought back a play about French singer Edith Piaf. But Ferreira felt most of Piaf's songs were too tragic and didn't think Brazilians would come out to see the show. One day, a friend of hers, a Piaf fan, sat her down to listen to the renowned vocalist.

Ferreira remembers the exchange: "She said, 'Well, Piaf is not only a singer of drama, my dear. You are wrong.' And what she put first — 'Milord' — is very happy."

In May of 1983, Ferreira premiered the play Piaf: Uma Estrela da Canção (Piaf: A Star of Song) in Rio. She toured Brazil and took the show to Europe. Two years later, the French government awarded her the Commendation of Arts and Letters.

This year, to commemorate the 50th anniversary of Edith Piaf's death and the 30 years she's been performing the show, Ferreira started a new tour. Bethânia says she's not surprised that Brazilians have enjoyed this show for so long.

"Bibí singing Piaf is spectacular and we understand it and applaud it. What Bibí does is great," Bethânia says.

After Ferreira's performance at the Casa Grande theater in Rio, Carlos Carneiro, a fan who'd taken a four-hour flight from Fortaleza in northern Brazil just to see the singer, couldn't contain himself.

"I had the opportunity to see her in Fortaleza, 15 years ago," Carneiro says. "She was already singing Edith Piaf, and today she was spectacular, marvelous, really great, incomparable!"

Ferreira is returning to New York to perform Piaf at Town Hall, but even at the age of 91, she's ready for a new challenge.

"I'm playing Sinatra! At the end of this show, I say, 'Now I'm going to give you a trailer: Next year's show.' So I sing two songs of Sinatra. They adore it, they sing it with me, it's beautiful," Ferreira says. "So I believe Sinatra is going to be an even greater success than Piaf has been in my career."

At the rate she's going, she's got plenty of time to develop her next act.