Accessibility links
Interview: Henry Hitchings, Author Of 'Sorry! The English and Their Manners' Did you know that the average Brit says "sorry" eight times per day? Sorry! The English and Their Manners traces the roots of polite behavior from the medieval "Which orifice can I stick my finger into?" — answer: none of them -- to today's "Can I throw a temper tantrum at a tennis match?" 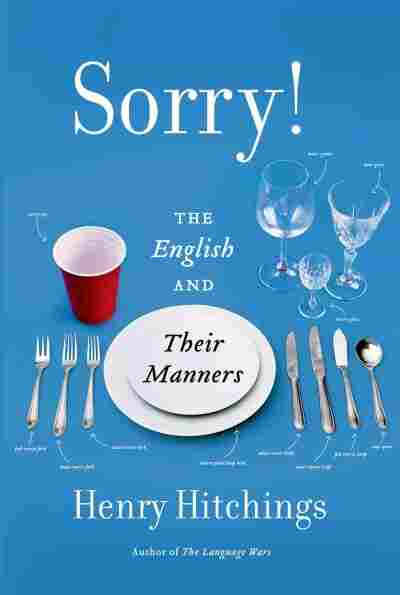 The English and Their Manners

From that very first time we're first scolded for putting our elbows on the table at great-aunt Millie's house, we're inducted into the world of manners. After that, it's a lifetime of "pleases" and "thank yous," and chewing with our mouths closed.

But where did all of this civility come from? We can't give all the credit (or blame) to the English, but the average Brit says "sorry" eight times per day, so it's a pretty good place to start.

In his new book, Sorry! The English and their Manners, Henry Hitchings traces the history of today's customs back to medieval times, when polite behavior was a necessary precaution against violence at mealtimes. He spoke with NPR's Don Gonyea about the roots of English manners and etiquette, and the difference between the two.

To be honest ... a formative experience in my life was watching those Wimbledon matches between John McEnroe and his archrival Bjorn Borg, the doleful-looking Swede who was the sort of embodiment of froideur and self-discipline on the court, whereas McEnroe was very much of the let-it-all-hang-out school. And my parents, who were tennis fans, and who, I suppose you could say, sort of indoctrinated me, led me to think that Bjorn Borg was the person who had it right, and that McEnroe was essentially a harbinger of the death of civilization. And I grew up thinking that. But actually, now, I think we probably think of McEnroe as a taste of a more liberated age. He was a sort of a pioneer, almost, interested in freedom of expression and sort of maintaining his integrity in the face of a really hidebound and sometimes ridiculous institution — namely, the All England Tennis Club.

On the medieval roots of manners

One of the problems is we're obviously reliant on written sources, and it's quite clear that manners existed before those sources begin. But the earliest guides we have to manners were written for monastic audiences in the Middle Ages. And what then happened was ideas filtered out from there into the upper sections of society, and aristocratic people — really, aristocratic men — had primers written for them which were mainly concerned with behavior at table. And a lot of the ideas about this came from France, and some also from Germany. But the point was that meals were more socially important in the medieval period than they are now, and in the 14th century, people tended to have very sharp knives to hand as well, which meant that having codes of conduct in place was actually a way of regulating violence. You know, the point is that every meal is essentially an opportunity for violence to break loose and, because meals were also diplomatic occasions, it was very important to have those kind of codes in place to ensure that some sort of decorum was maintained. 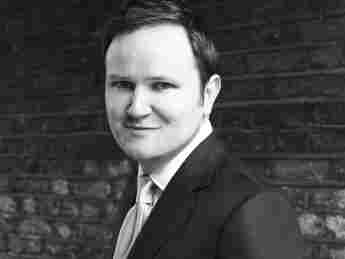 British cultural critic Henry Hitchings is the author of The Language Wars, Defining the World and The Secret Life of Words: How English Became English. Jerry Bauer/Courtesy of Farrar, Straus and Giroux hide caption

On public reaction to early codes of conduct

They were received quite positively, because they made quite a lot of sense. I mean, there's an awful lot in early books about things like not wiping droplets from your nose with anything you're later proposing to put into your mouth. There's an awful lot about where you can put your fingers as well — which orifices it's safe to put them into. I mean, the short answer is: not really any. This may sound obvious, but actually it wasn't, not least because we're talking about a society where people didn't really know about germs. And so the reasons not to do those things weren't as cogent, as compelling, as they would be today.

On what makes manners uniquely English

It's really the fact that the English are defined internationally by their obsession with manners. It's not necessarily that the English are particularly polite. Indeed, I would say that while the English are extremely good at saying "sorry" for things they haven't done, they're not very good at saying "sorry" for things they have done. But the fixation with manners and the incredibly profuse literature of manners are really what defines the field of English manners.

Adding Some Shine To Your Holiday Manners

Adding Some Shine To Your Holiday Manners

On the difference between etiquette and manners

Etiquette, to me — I'm not saying it is inherently wrong, but it is a veneer. It is a code of cosmetic practices. It's about how long you should wear an armband after your second cousin dies, or what size your greeting card should be, or which fork you should use. And those things are not totally trivial, but ultimately they're not indicators of someone's inherent goodness or otherwise. And I think the problem is that manners essentially has an image problem. When I talk about [the doctrine of etiquette taking the marrow out of manners], I'm really talking about fundamental principles to do with sensitivity to others, respect for other people and their space, their belongings, and it just seems to me that the moment etiquette becomes the centerpiece of the agenda, manners and morality are essentially divorced. And I suppose I'd like to put the morality back at the center of the discussion of manners.