Accessibility links
Inconsistencies Haunt Official Record Of John F. Kennedy's Assassination Some three decades after the Warren Commission's report on the assassination of President John F. Kennedy, a board was established that declassified thousands of documents. Congress hoped it would clear up lingering conspiracy theories, but it didn't. 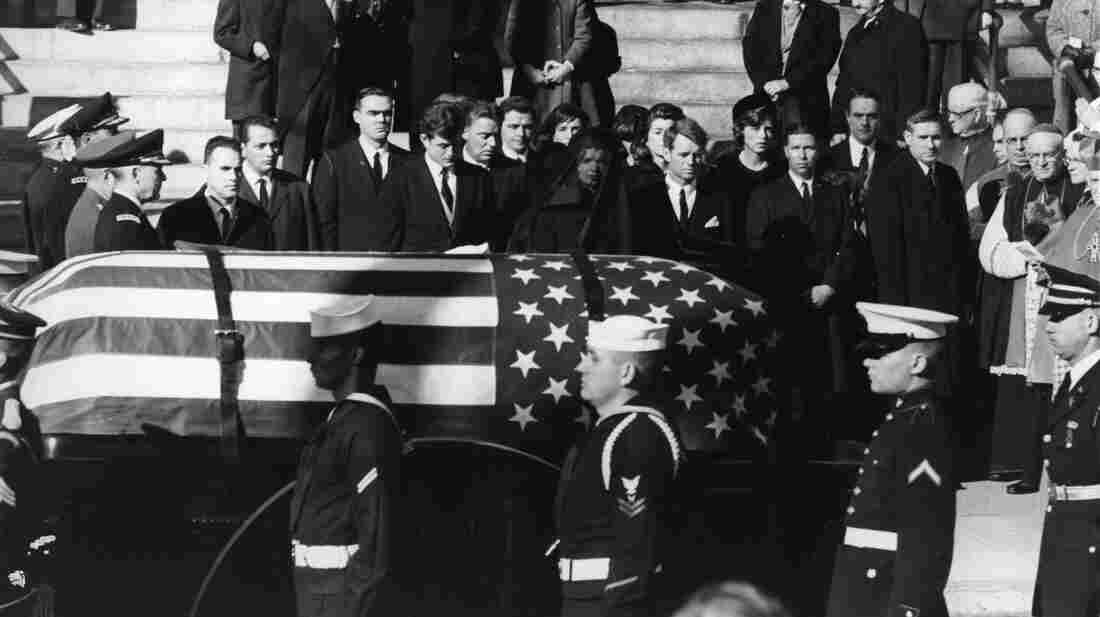 Jacqueline Kennedy (center), with Edward and Robert Kennedy on either side, watches the coffin of President John F. Kennedy pass on Nov. 25, 1963. Keystone/Getty Images hide caption 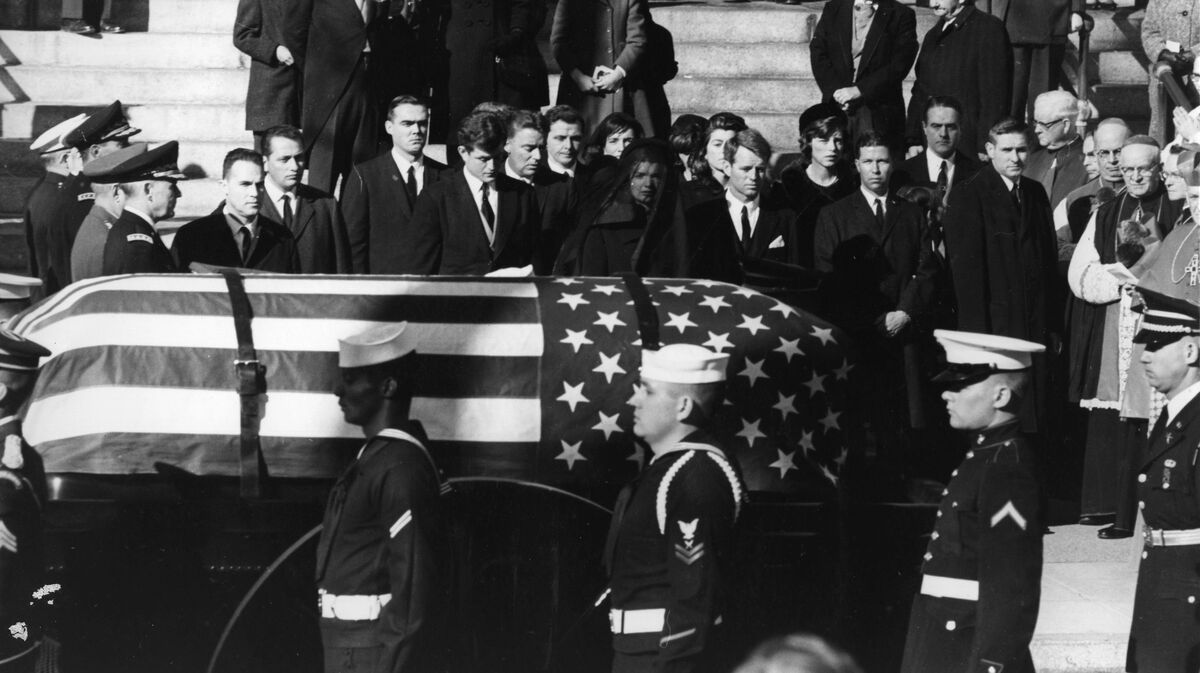 Jacqueline Kennedy (center), with Edward and Robert Kennedy on either side, watches the coffin of President John F. Kennedy pass on Nov. 25, 1963.

The first thing T. Jeremy Gunn says when you ask him about President John F. Kennedy's assassination is, "I'm not a conspiracy theorist. I don't have a theory about what happened."

But he knows a lot about it from his work for the Assassination Records Review Board, established by Congress in 1992, about a year after the Oliver Stone film J.F.K. reignited questions about the assassination. The film rejected the official 1964 conclusion of the Warren Commission, which placed guilt on Lee Harvey Oswald alone. Instead, Stone proposed a vast government conspiracy linked to the C.I.A.

The Warren Commission in 1964 had hoped that its well-written, 450-plus-page report would put questions about the assassination to rest. Of course, it didn't. Immediately after the report, nearly 90 percent of the public believed it. But by 1966, only 36 percent of Americans believed Oswald acted alone. Today, just 24 percent think so.

For more coverage of the 50th anniversary of the Kennedy assassination, visit:

To set the record straight, Congress set up the Review Board to release still-classified government material related to the assassination. Gunn, as its director of research and general counsel, and later as its executive director, read everything he could find in the government's files and questioned dozens of doctors and former officials, many of them under oath.

In the end, the Review Board released thousands — if not tens of thousands — of documents, "Almost everything that was substantively related to the assassination," Gunn says.

Yet for Gunn and much of the public, the record was still not set straight. "There were many things that were disturbing," Gunn says. 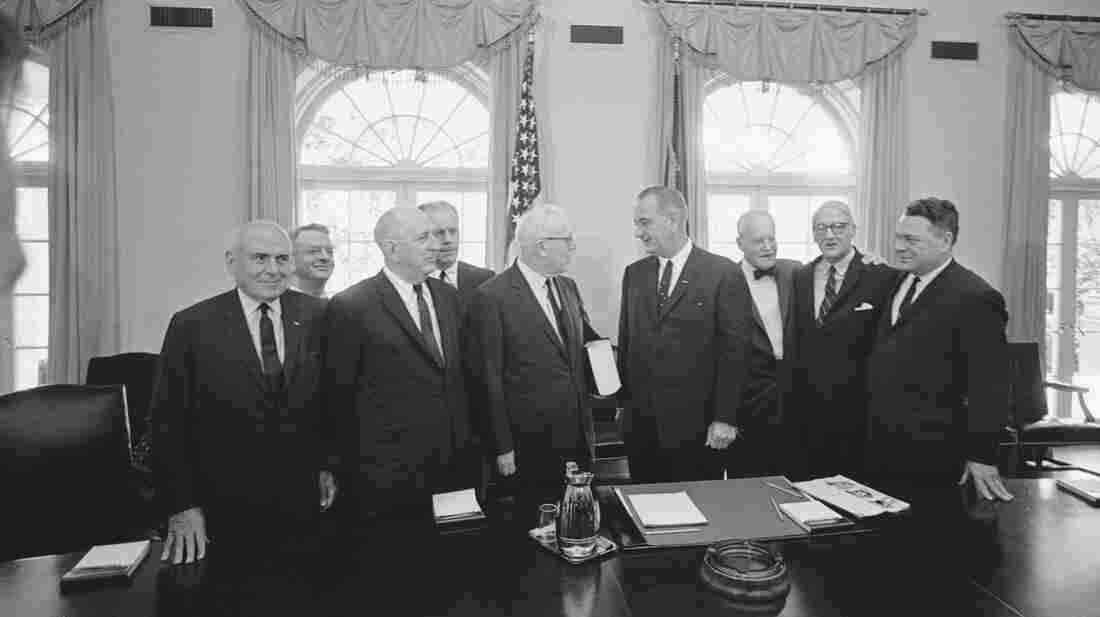 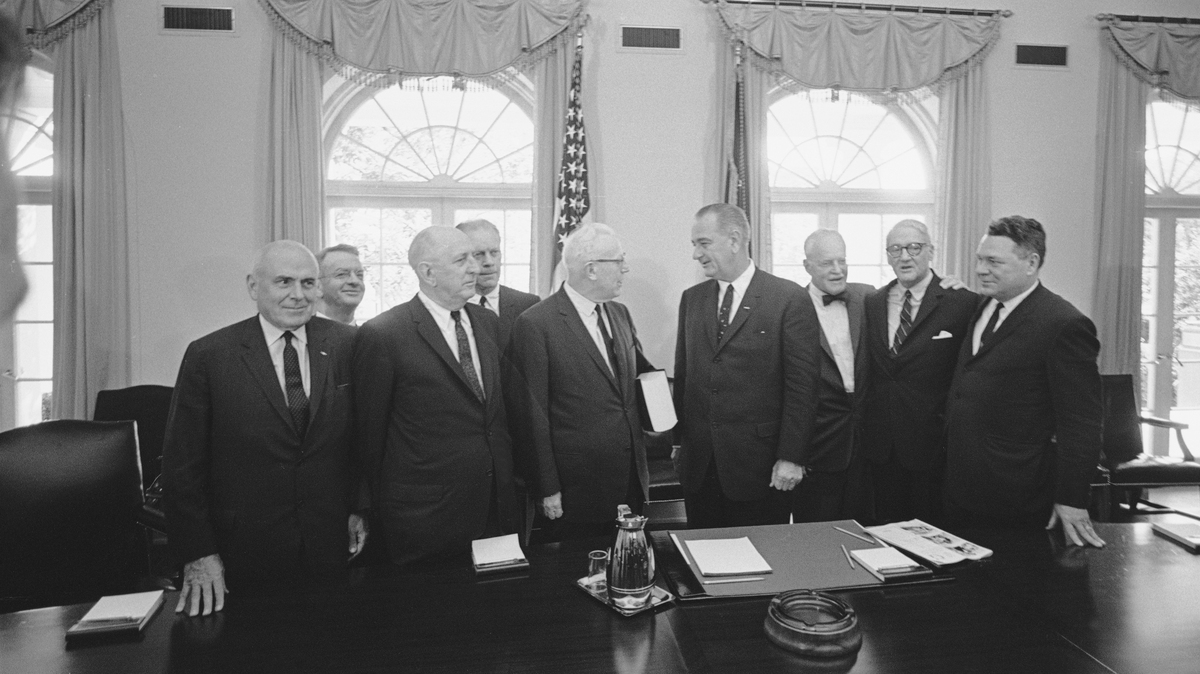 When Gunn pored over the material, what stuck out most for him was the medical evidence, like what he learned in his 1996 deposition of James Joseph Humes. Humes, who died three years later, was one of the doctors who performed the autopsy on Kennedy's body.

For one thing, Humes told Gunn that the autopsy was not performed strictly by the book; some procedures were left out, such as removing and weighing all the organs. Then, Humes made an eye-opening revelation.

"Dr. Humes admitted that the supposedly original handwritten version of the autopsy that is in the National Archives is in fact not the original version," Gunn says. He says Humes had never said that publicly before, even to the Warren Commission.

In the deposition, Humes explained that when he took the material home after the autopsy was completed, he began thinking about how he had once seen the bloodstained chair Abraham Lincoln had been sitting in when he was shot.

"I thought this was the most macabre thing I ever saw in my life," Humes said. "It just made a terrible impression on me. And when I noticed that these bloodstains were on this document that I had prepared, I said nobody's ever going to get these documents. So I copied them ... and burned the original notes in the fireplace." 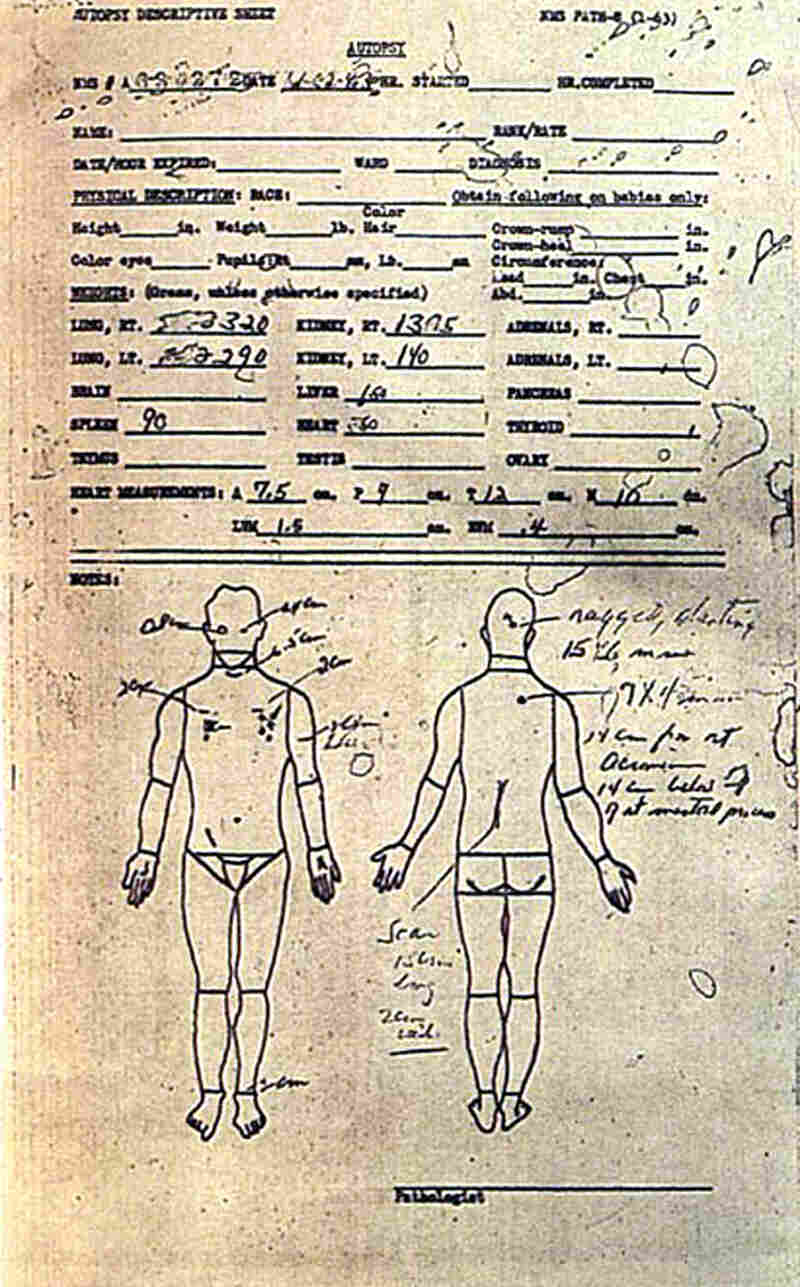 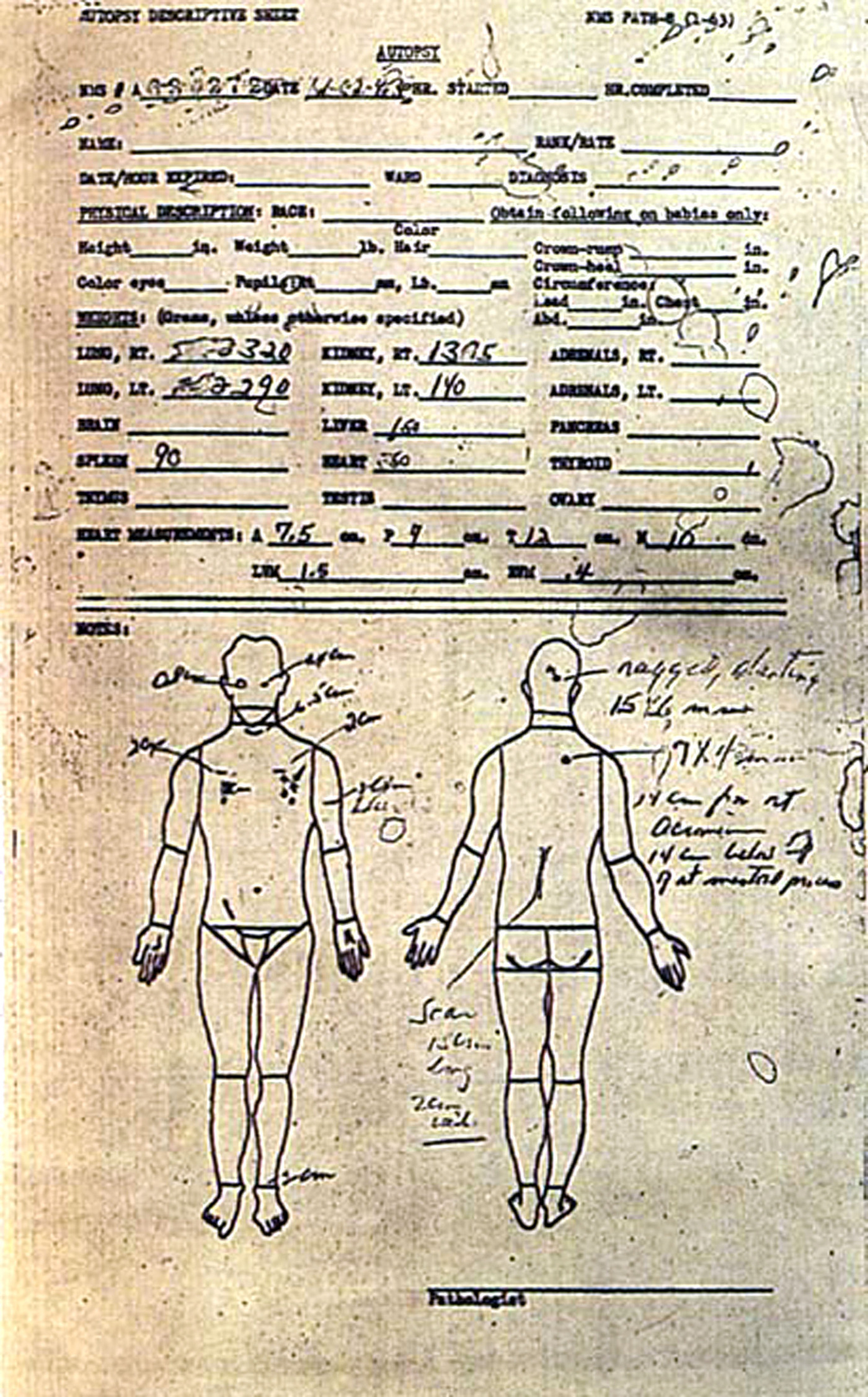 Exhibit 1, from Kennedy's autopsy report, is the bloodstained document Dr. James Joseph Humes did not destroy.

When Gunn asked him whether there was anything in the original document that was not in the copy, Humes replied, "I don't think so."

Then Gunn showed Humes another document from the autopsy, a two-page document Gunn had marked as Exhibit No. 1. It, too, had blood stains, but Humes had not destroyed it. Why? Humes said it was because the document had been prepared by another doctor at the autopsy.

"I didn't — wouldn't — have the habit of destroying something someone else prepared," Humes told Gunn during questioning.

After that, Gunn turned to the official autopsy photographs, the ones that are kept in the National Archives. Humes had never handled them before; the Warren Commission had never shown them to him. In fact, when Humes testified before the Warren Commission, he complained that the artist who drew the schematics he was using for his testimony was not allowed to see the photos.

When Humes did get a close look at the pictures — in his Review Board deposition — he said he found it hard to tell what was what in the pictures.

In fact, Gunn says, it's hard for anyone to tell what's what in the pictures, especially such important details as how many bullet wounds there are, and whether they are entry wounds or exit wounds.

So Gunn turned to a retired Navy warrant officer, Sandra Spencer, who, according to government records, had processed the autopsy film. She had not been questioned by the Warren Commission. 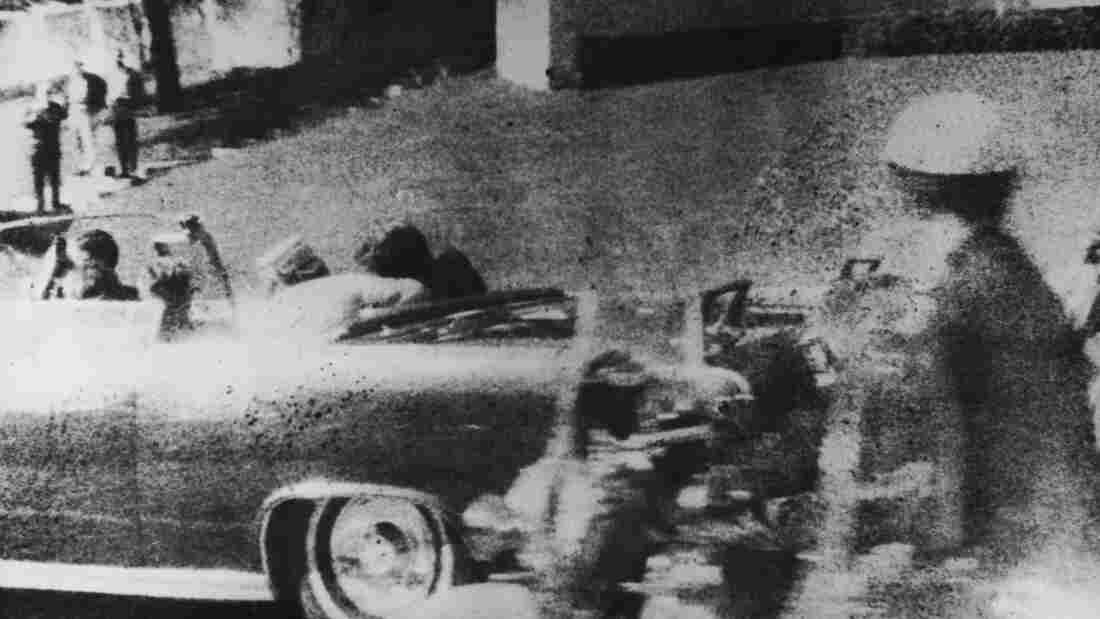 The president is struck by a bullet as he travels through Dallas in a motorcade Nov. 22, 1963. Next to him in the car is his wife, Jacqueline, and in the front seat is Texas Gov. John Connally. Three Lions/HultonArchive/Getty Images hide caption 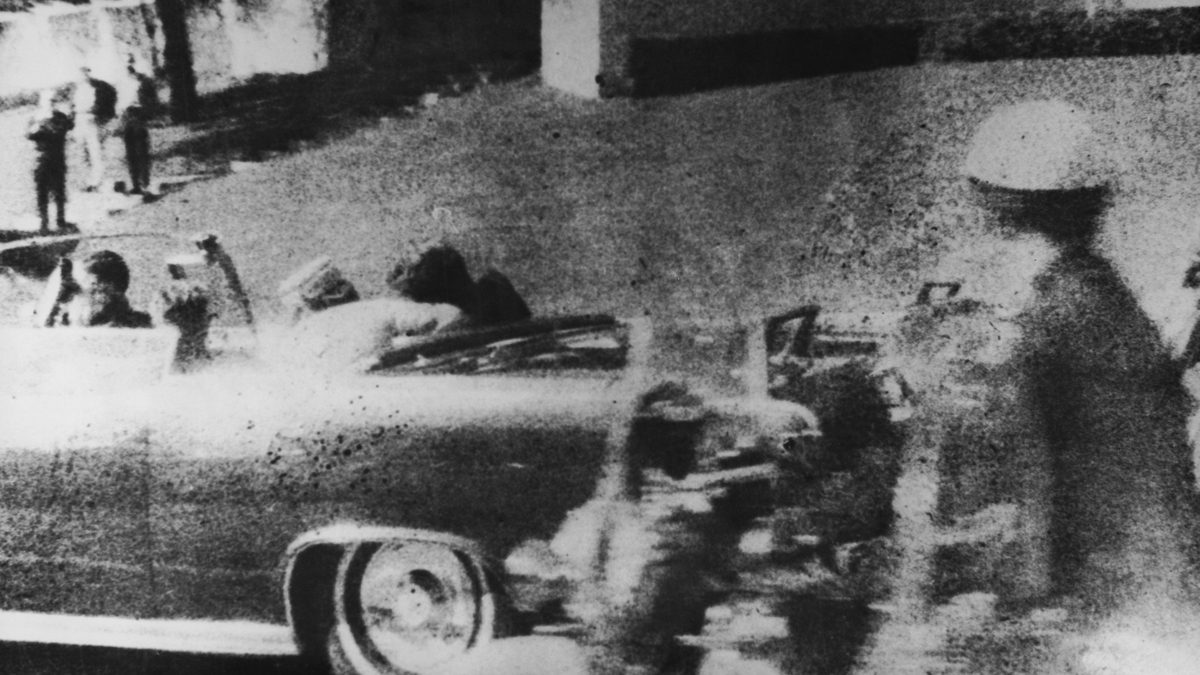 The president is struck by a bullet as he travels through Dallas in a motorcade Nov. 22, 1963. Next to him in the car is his wife, Jacqueline, and in the front seat is Texas Gov. John Connally.

When Gunn showed her the official photos from the National Archives during her deposition in 1997, she said they were not the pictures she remembered processing.

Spencer, who died about a year ago, was in her 20s when she worked in Washington, D.C., at the Navy's central photo lab. At that time, the lab processed all official White House photographs.

For questioning, she brought with her some pictures she had printed just a few days before Kennedy was murdered. She explained that the lab bought huge quantities of photographic paper, so the markings on the back of the prints she brought would certainly match the autopsy photos she processed. But they didn't, suggesting they were printed at a different time or a different place.

What's more, the official pictures weren't anything like the ones she remembered.

"The prints that we printed did not have the massive head damages that is visible here," she told Gunn. "... The face, the eyes were closed and the face, the mouth was closed, and it was more of a rest position than these show."

The National Archives' photos seemed to be taken in a bright, medical setting. The body was bloody. Spencer said the pictures she had processed seemed to be taken in a darkened room with a flash. She called them "pristine." "There was no blood or opening cavities ... or anything of that nature. It was quite reverent in how they handled it," she said.

Of course, Gunn interviewed Spencer 30 years after the event, and that's a long time to remember every detail. But still, why didn't she recognize any of the official autopsy photos? Why are they on different paper from what she was using at the time? And whatever happened to the pictures she did remember processing?

Gunn, who now teaches history at Al Akhawayn University in Morocco, can recite a litany of other unresolved questions surrounding the Kennedy assassination — ones the Warren Commission failed to answer.

For example, in New Orleans in 1963, Oswald came in contact with the FBI. When he was arrested after a scuffle at a demonstration, he asked to meet with the FBI.

"Why would Oswald ask to see someone from the FBI?" Gunn asks. "But an FBI agent went and interviewed Oswald, came back and wrote a memo on it, put it in the file." 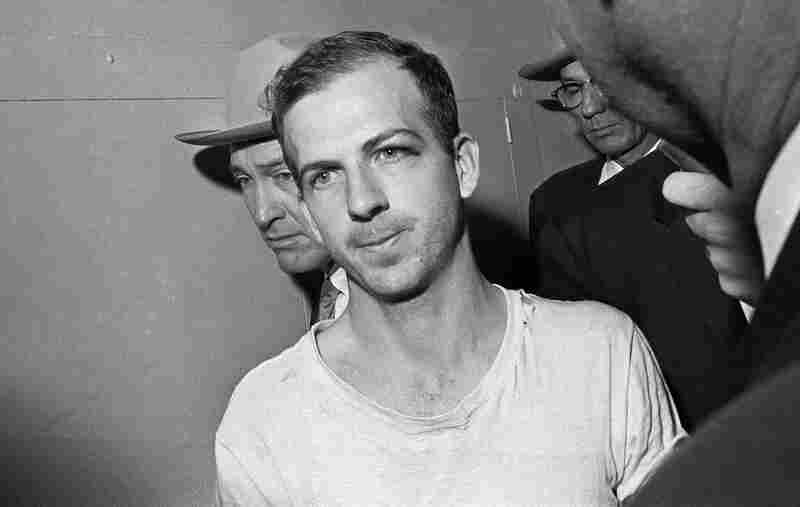 Lee Harvey Oswald is led down a corridor of the Dallas police station for questioning in connection with Kennedy's assassination on Nov. 23, 1963. AP hide caption

A few days later, Gunn says, someone at headquarters in Washington saw that Oswald was engaged in pro-Fidel Castro activities and instructed the field office to interview him. But the FBI field office didn't reply that it had already interviewed him. Instead, it said that it would see what it could do.

All the FBI files were in order, Gunn says. Nothing seemed to be missing, so why wouldn't they mention the previous interview? "It doesn't make sense," Gunn says.

"Mexico City in the 1960s was probably the spy capital of the Western Hemisphere," Gunn says. Naturally, the CIA had operations watching all the embassies in Mexico, tapping their phones and photographing comings and goings.

Whose voice was it? No one knows. The tape has disappeared.

Nor are there any photos of the Soviet embassy the day Oswald supposedly went there. The CIA told the Warren Commission that its camera wasn't working that day.

Why did Oswald ask to meet with the FBI in New Orleans? Why did he go to Mexico City? What happened to the evidence of his visit? More mysteries.

So what's the truth about the assassination? 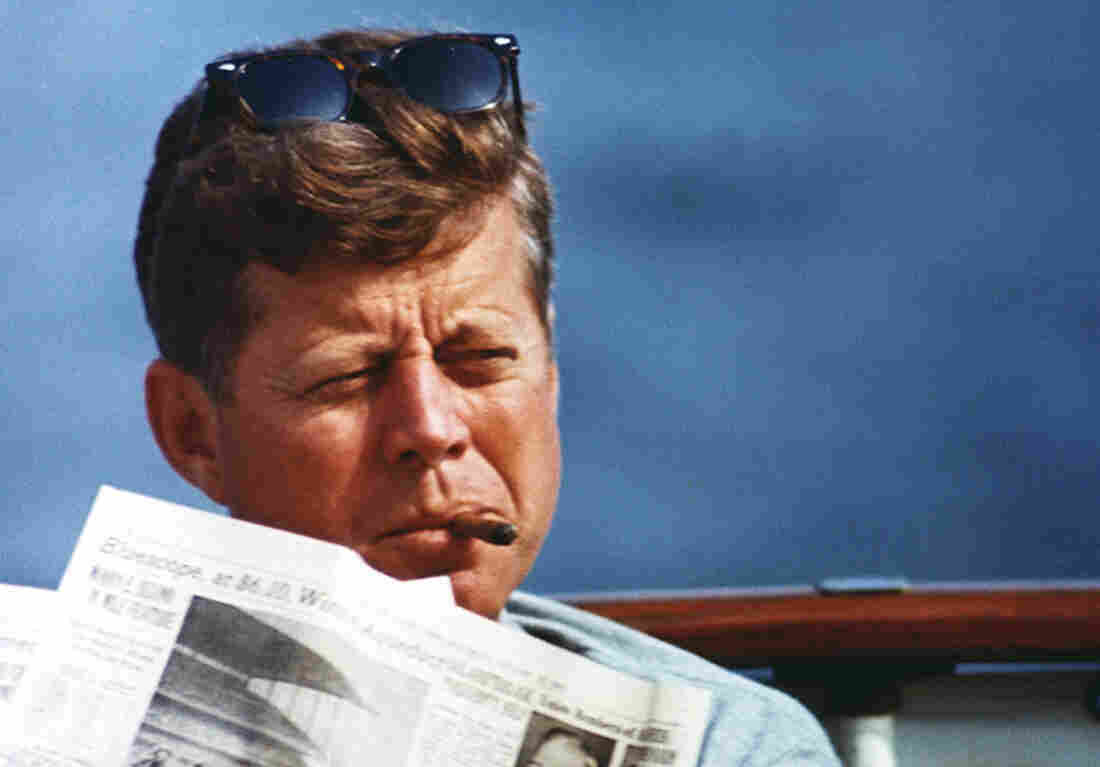 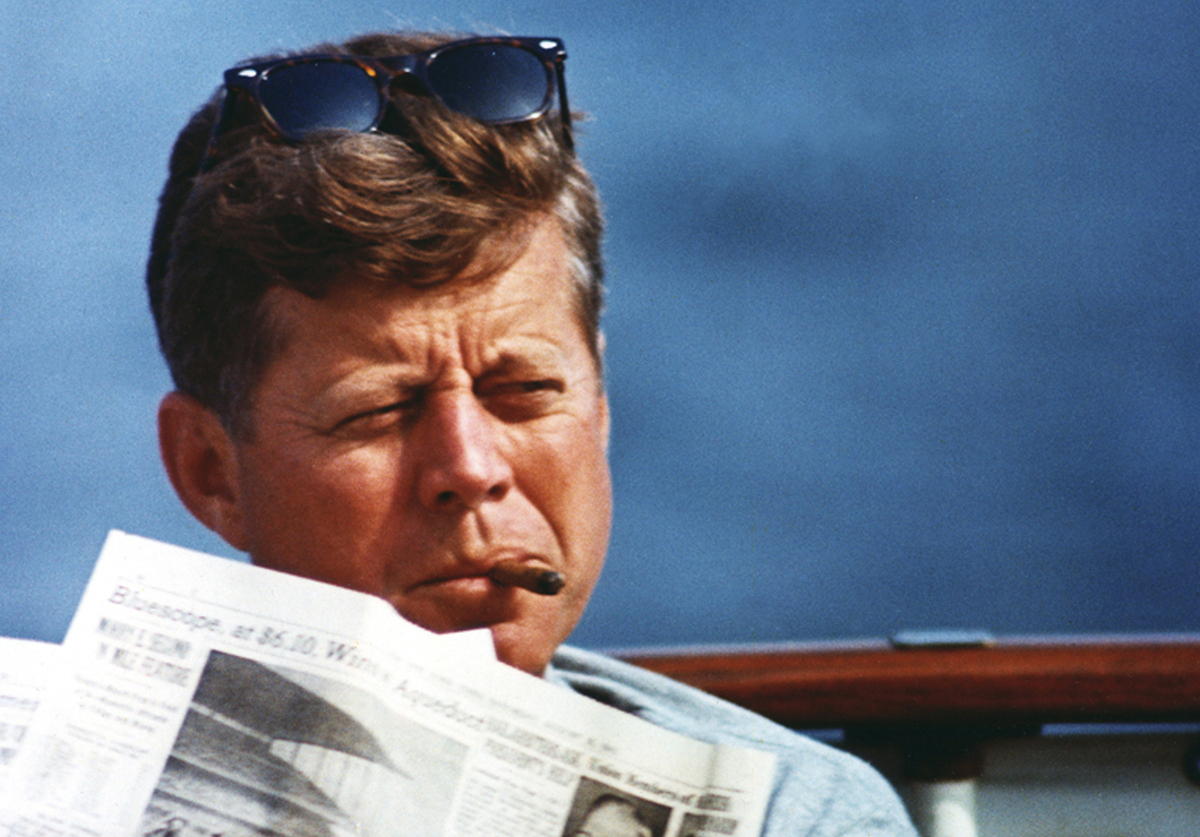 "There is substantial evidence that points toward Oswald and incriminates Oswald," he says, "and the only person we can name where there is evidence is Oswald. But there's also rather important exculpatory evidence for Oswald, suggesting he didn't do it, and that he was framed."

Some believe the Warren Commission did not resolve the mysteries because it was part of a giant cover-up, perhaps to hide a conspiracy that reached deep inside government itself.

Others point to a more benign explanation. The new president, Johnson, was pushing the Warren Commission to come to a conclusion quickly. He wanted to move the country forward, not dwell on its traumatic past.

Besides, Gunn says, the panel genuinely believed that Oswald had killed Kennedy. "So they wanted to write the document in a way that would reassure the American public that it was a single gunman acting alone, somebody who's a little bit unstable, and that that's the explanation for what happened." Since the facts aren't clear, though, that document can look like a whitewash. 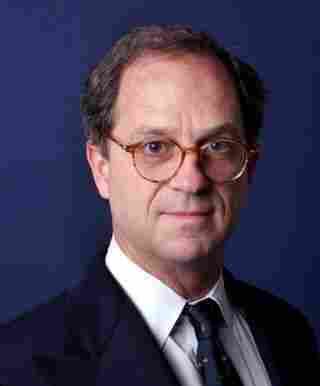 Faced with that, the Warren Commission went with what it believed.

Gunn says that wasn't enough. It's not that he thinks all the loose ends needed to be tied up. "It wouldn't be unusual if Oswald had done the crime — or not done the crime — to have evidence that's inconsistent," he says.

It's the big mysteries that cause him the most trouble.

"If the president had been killed as part of a conspiracy, that needed to be known," he says.

"The institution that had the opportunity to best get to the bottom of this, as much as it was possible, was the Warren Commission, and they didn't do it," he says. "Now it's too late to do what should have been done originally."

Marcus D. Rosenbaum is a former senior editor and producer at NPR. He now works as a freelance journalist and teacher.