Accessibility links
Cumbia: The Music That Moves Latin America The Alt.Latino crew stops by Weekend Edition Sunday to talk about one of Latin music's most pervasive rhythms. 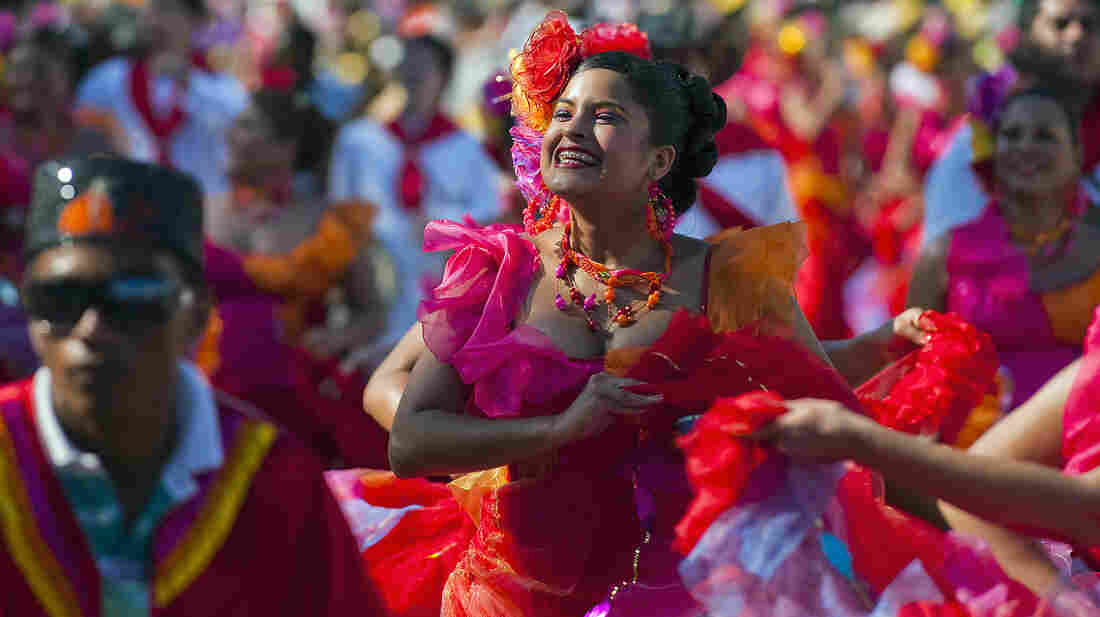 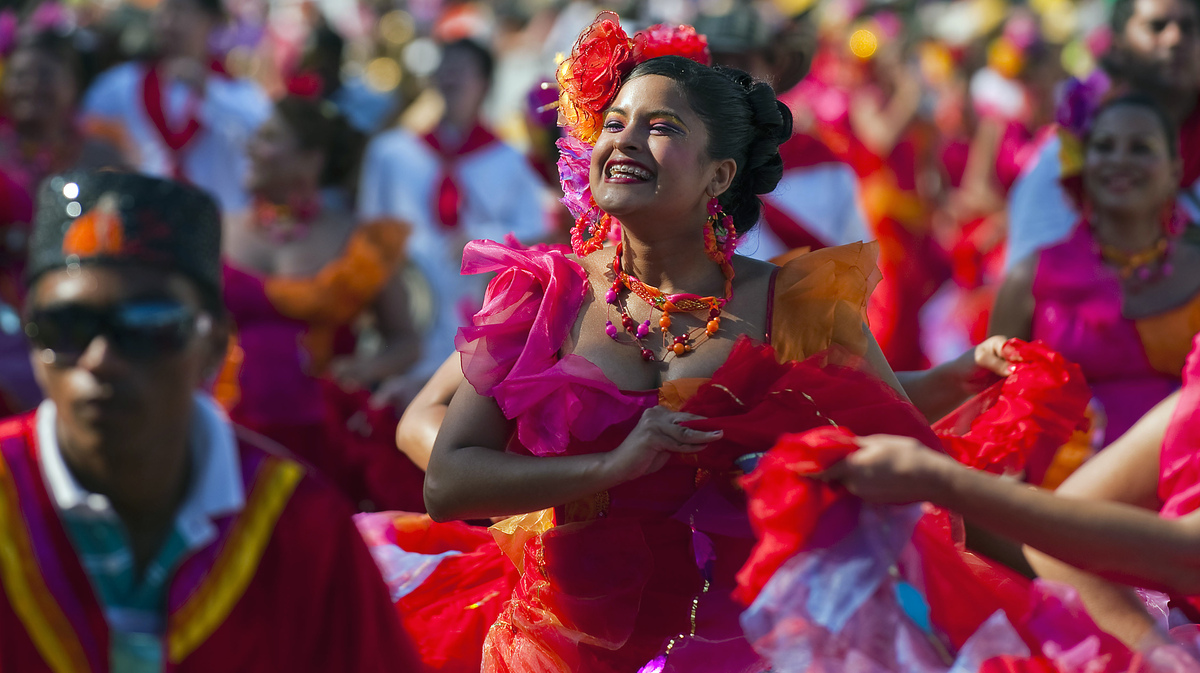 Dancers move to cumbia during a Carnival parade in Barranquilla, Colombia in Feb. 2012.

Alt.Latino hosts Felix Contreras and Jasmine Garsd are back on Weekend Edition Sunday to talk about cumbia, a style of music and dance that you can find almost anywhere in the Americas — at the southern tip of Argentina, passing through Chile and all the way up to the U.S. Hear their conversation with host Rachel Martin at the audio link. For a more detailed look at the history of cumbia, check out Alt Latino's full episode on the style featuring Eduardo Diaz, director of the Smithsonian Latino Center. 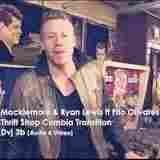 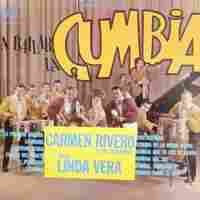 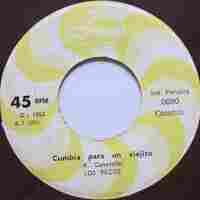 In earlier broadcasts of this segment, the first two songs were played in the wrong order. The song at the beginning of the segment was "Cumbia del Sol" by Carmen Rivero, but the next song, introduced as "Cumbia del Sol," was actually "Un Fuego de Cumbia" by Los Gaiteros de San Jacinto. In the audio at the top of this page, the songs play in the correct order.