Accessibility links
Interview: Roy Scranton And Jacob Siegel, Editors Of 'Fire And Forget' Roy Scranton and Jacob Siegel edited and contributed to the collection of short stories by veterans of the wars in Iraq and Afghanistan. They tell Fresh Air about how soldiers cope with the fear of death, and why many soldiers feel conflicted about sharing their experience with a larger audience. 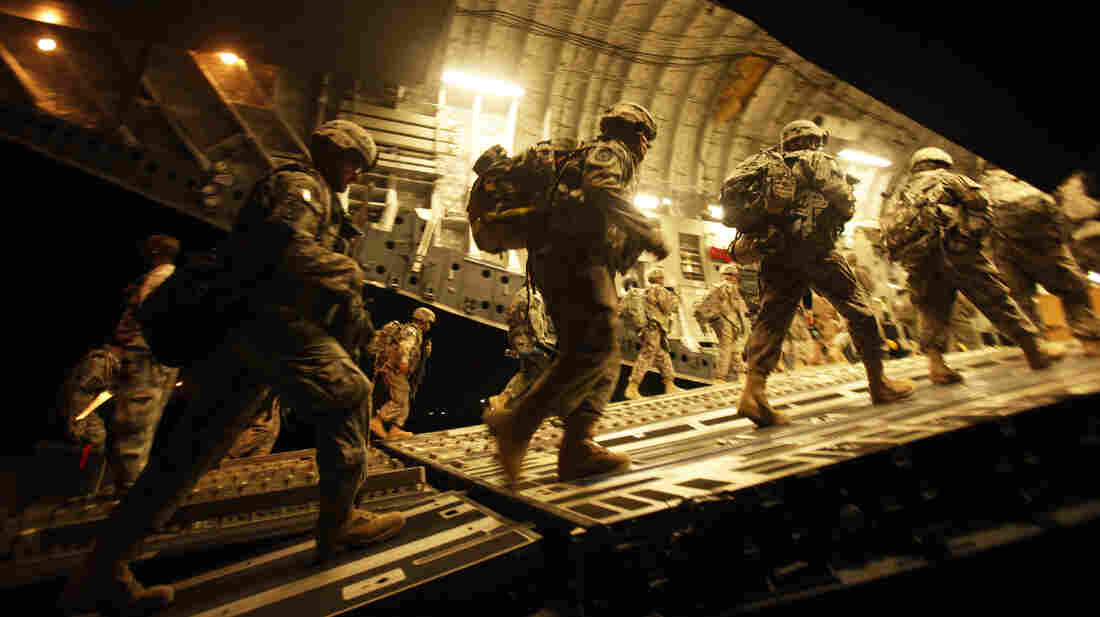 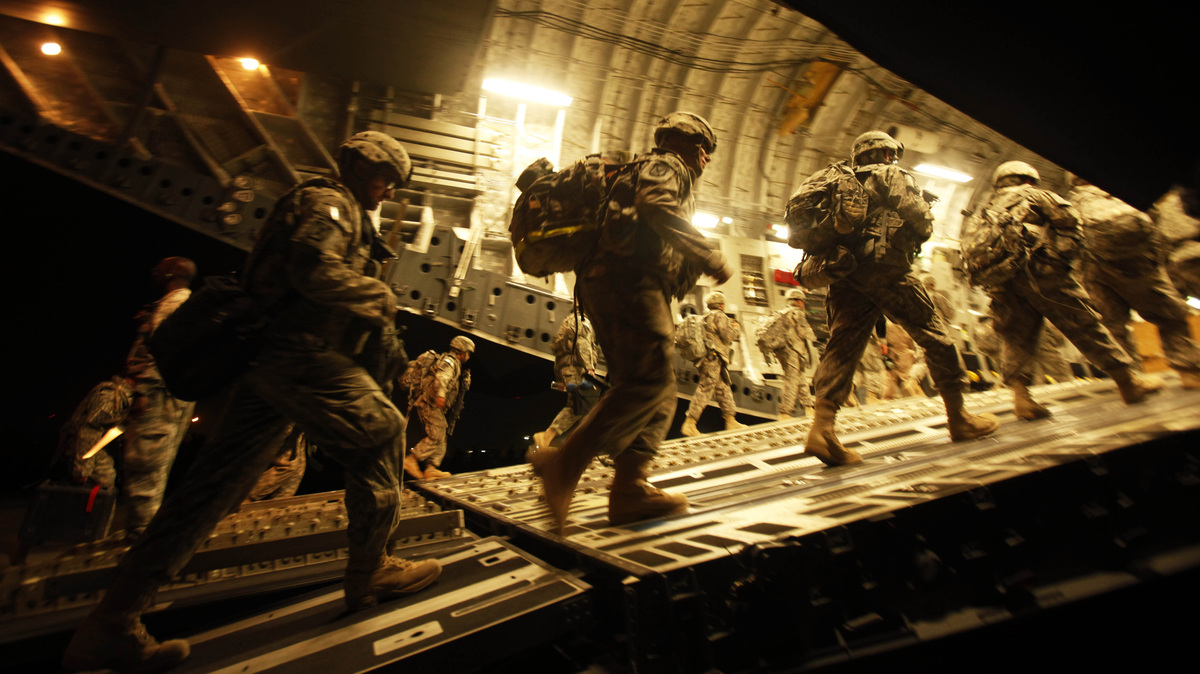 This Veterans Day, considers these lines from the preface to Fire And Forget, a collection of short stories by veterans of the wars in Iraq and Afghanistan:

On the one hand, we want to remind you ... of what happened ... and insist you recollect those men and women who fought, bled, and died in dangerous and far-away places. On the other hand, there's nothing most of us would rather do than leave these wars behind. No matter what we do next, the soft tension of the trigger pull is something we'll carry with us forever. 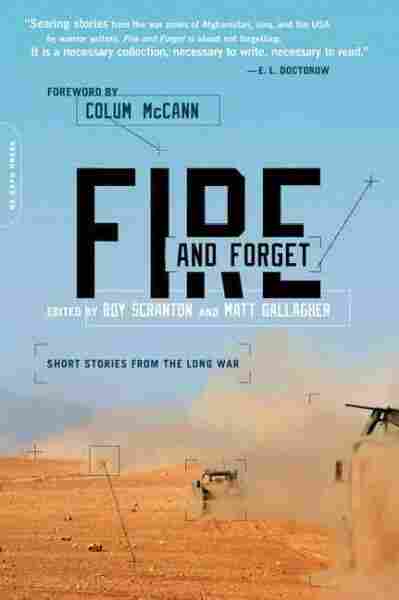 Short Stories from the Long War

by Roy Scranton and Matt Gallagher

Veterans Roy Scranton and Jacob Siegel edited the collection, and each has a story in it.

Scranton served in the Army from 2002 to 2006 and was deployed to Iraq from 2003 to 2004. He's currently a Ph.D. candidate in the Princeton University English Department. Siegel is a captain in the New York National Guard, which he joined not long after Sept. 11. He served in Iraq from 2006 to 2007 and in Afghanistan from 2011 to 2012. He edits The Daily Beast's Hero Project blog, which showcases the writing of veterans and covers issues pertaining to vets. Siegel and Scranton first met through the NYU Veterans Writing Workshop. They join Fresh Air's Terry Gross to talk about the experience of war and the challenges of telling their stories.

On the conflict soldiers sometimes face when telling war stories

Siegel: I think there's this continuous media appetite for war as narratives of derring-do and of heroism, which is part of it. And then there's an appetite for war where soldiers are just pawns in various political polemics. It's all for people who often, to the soldier, seem like they have no genuine interest in what it's really like, they just want to be entertained or have their opinions validated. ...

I think there's always a feeling among soldiers that what you bring home with you and what happened overseas may be something only you or your group will understand, and that any attempt to bring it to a larger audience or to tell the story of it is, in effect, a cheapening of it and a way of selling it rather than sharing it.

Scranton: I found that I had to shut down my imagination because it really turned into an enemy. The kind of daydreaming and extrapolation of ideas that I love to indulge in as a reader and as a writer was suddenly and completely maladaptive to the situation in Baghdad. The more I could imagine what could happen, the more different ways I thought I could die or fail or mess things up and it just would turn paralyzing. That's where I started to tell myself that it doesn't matter: "None of it matters; you're already dead. Just get through your job."

The kind of daydreaming and extrapolation of ideas that I love to indulge in as a reader and as a writer was suddenly and completely maladaptive to the situation in Baghdad.

Siegel: For me, I didn't think about death, the meaning of death, my own death; I thought about death in objects. It produced for me a fear of objects, of things; an adaptive fear. ... You want to see a rock for a rock and an IED for an IED, and so the fear, in those situations, of death is the fear of the thing that brings death. It's the fear of the instrument of death. And that was a powerful thing and something that created a kind of discipline in the mind in a certain way that was utterly exhausting.

On what, as a writer, Scranton hoped to gain from the war experience

Scranton: [I wanted] to be able to write with authority about war, about history, about love and life and so on. I think there's a common sense, especially when it comes to the way we think about the culture we live in, that we sort of live in a mass media spectacle. The real stuff happens in Iraq or somewhere else. Real life is not here where we're on the Internet and where we're on our phones and where we're watching TV.

From The NPR Bookshelves

On Veterans Day, Stories Of Heroes And Homecoming

That's a myth about war and about the way we live today that is immensely powerful, and I totally believed it and I wanted to go "over there," wherever "over there" was, and encounter that reality with my body, with my existence [and] face danger, death and all the supposedly real, authentic things about war.

In the Army, you talk about your "kit," and it's basically the stuff that you carry and it consists of your radio, your frag[mentation] grenades and your first aid pouch and your gun. ... [Guns] didn't feel to me so much different than those other parts of it, up until the point where it was engaged and then it did feel different.