Accessibility links
Comcast Deal Puts New Minority-Run Channels In Play The conglomerate is launching new networks — targeted at diverse audiences and run by Sean Combs, Magic Johnson and Robert Rodriguez — to satisfy an agreement made with the FCC when the company merged with NBCUniversal. 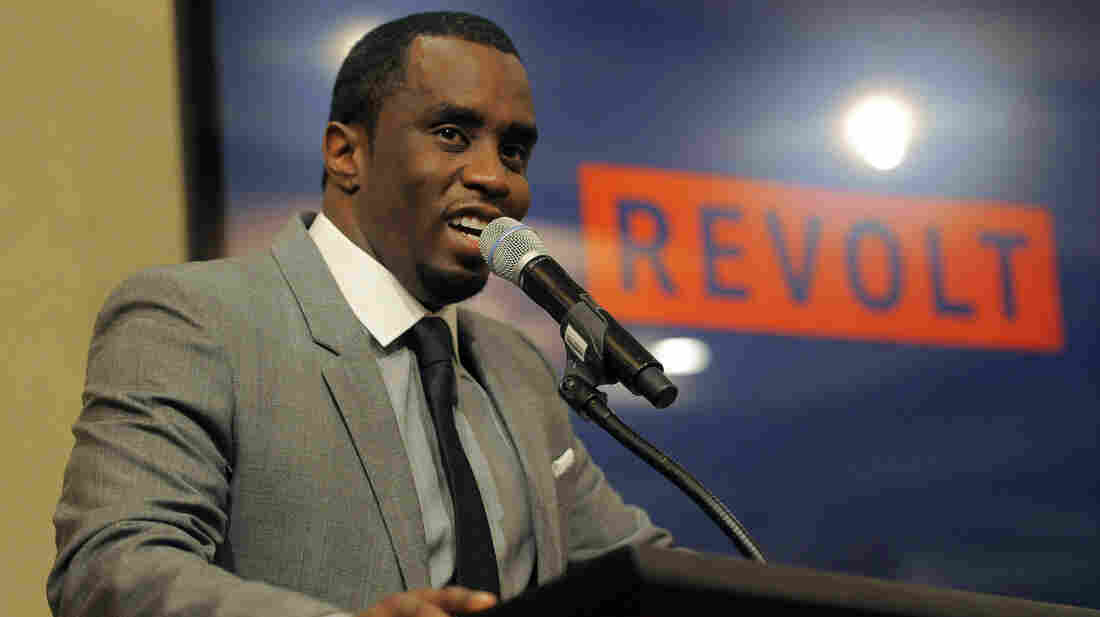 Sean "Diddy" Combs speaks to reporters about his new network, Revolt, at the Television Critics Association press tour in July. Revolt is one of several new Comcast-distributed networks driven by and targeted at minority audiences. Chris Pizzello/Invision/AP hide caption 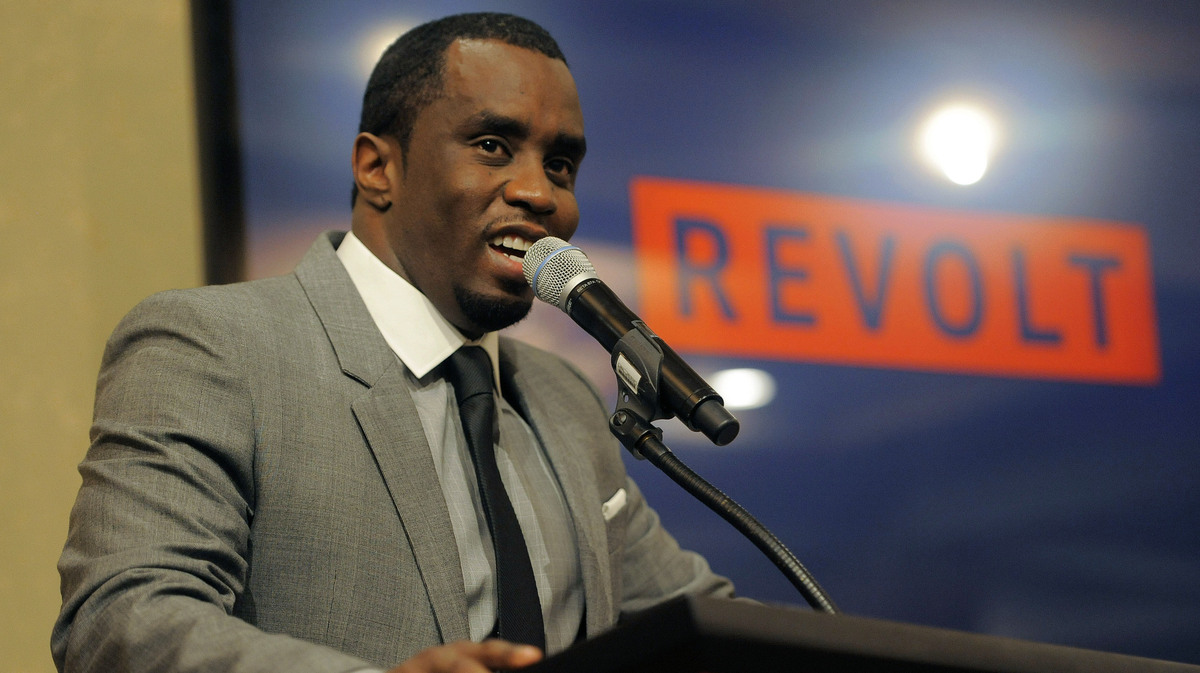 Sean "Diddy" Combs speaks to reporters about his new network, Revolt, at the Television Critics Association press tour in July. Revolt is one of several new Comcast-distributed networks driven by and targeted at minority audiences.

Rapper and producer Sean "Diddy" Combs, director Robert Rodriguez, and basketball legend Magic Johnson each now has his own new cable TV networks. Their channels were part of a merger deal Comcast made with the FCC to give a shot to new networks owned by African Americans, Latinos and others.

"This is really happening, people," the rapper said at the launch. "A boy from Harlem is really standing on a stoop in Brooklyn launching a network worldwide. The revolution is now being televised."

Next month, Rodriguez will introduce young English-speaking Latinos to El Rey, on which he's partnered with Spanish-language network Univision to produce an action-packed lineup, including a new Latino James Bond-style series.

"El Rey is going to be the king of content," he says. "Iconic, addictive, exciting, visceral television." 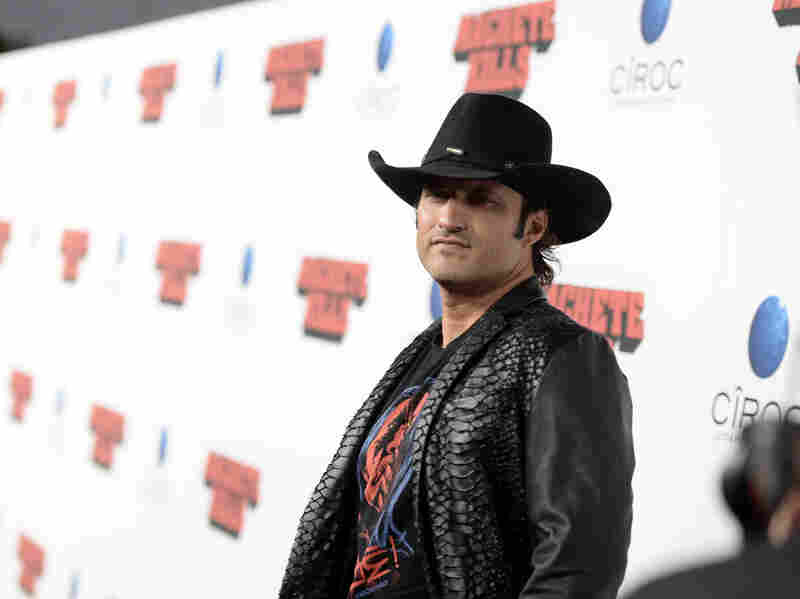 El Rey, which will be targeting a young Latino audience, is being spearheaded by filmmaker Robert Rodriguez, shown at the premiere of his recent film Machete Kills in October. Kevin Winter/Getty Images hide caption 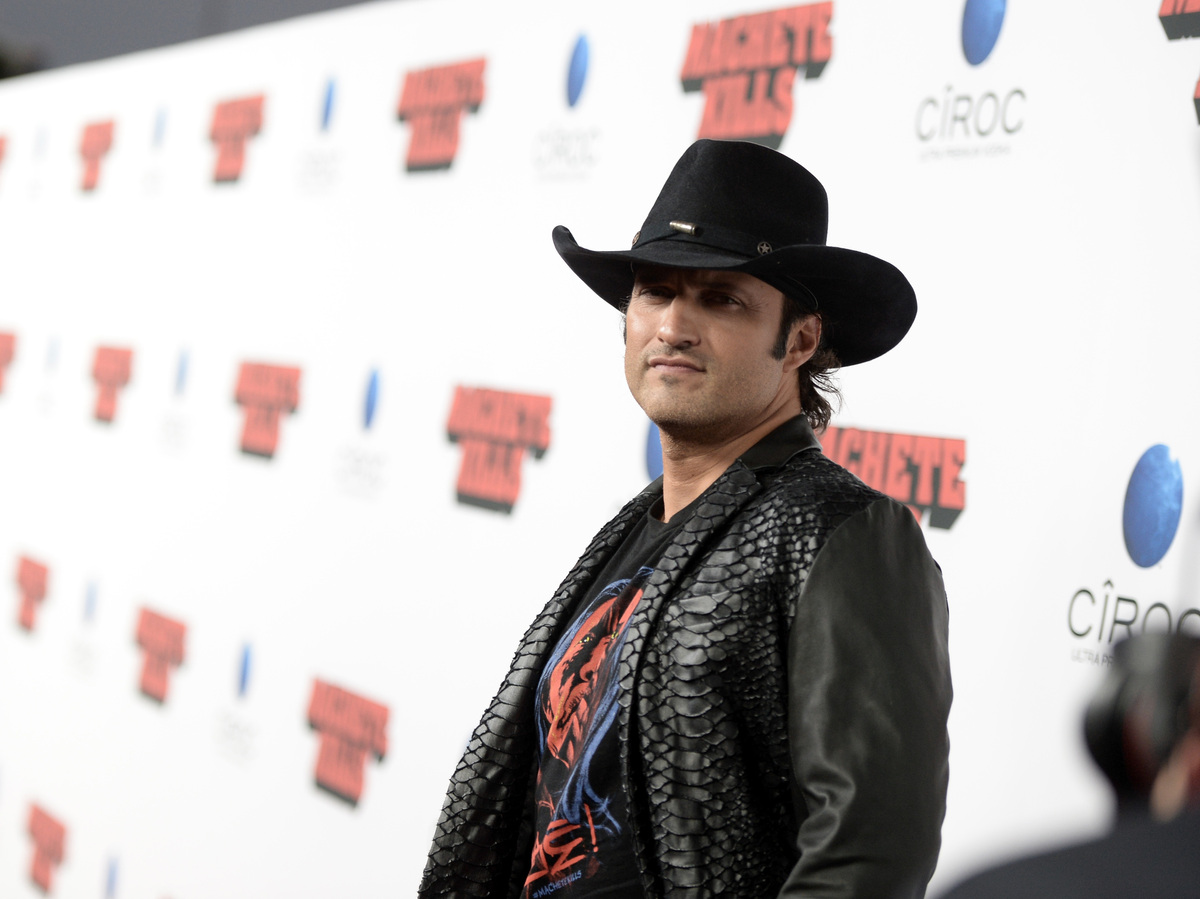 El Rey, which will be targeting a young Latino audience, is being spearheaded by filmmaker Robert Rodriguez, shown at the premiere of his recent film Machete Kills in October.

Diversity On And Off The Screen

El Rey and Revolt are Comcast's latest moves on diversity. For years, civil-rights groups have pointed to the dearth of programming for and by African Americans, Latinos and Asians. So when media giant Comcast announced plans to merge with NBC Universal, it was a chance for regulators to demand more cable networks owned and run by people of color.

As a condition of the merger's approval, Comcast promised the FCC it would distribute new "minority-owned" networks. Out of the gate, well, first was Baby First America — for bilingual infants aged 0 to 3.

Next came Aspire, a family-oriented network from ex-basketball star and entertainment impresario Magic Johnson. Its lineup includes reruns of The Cosby Show plus even older fare: Julia, Soul Train and The Flip Wilson Show.

Writer Anita Wilson Pringle, for one, is no fan of that lineup of TV retreads.

"He promised innovative, new fresh ideas, new fresh programming, and it's not," she says.

Pringle is upset that Aspire's managers were merely reshuffled from the old Gospel Music Channel. And she says the people Aspire is supposed to serve — African Americans — don't exactly need more reruns or talk shows.

"It's crap, if you really want to know the truth," she says. "But my thing is, they did this to break that monopoly that Comcast was having on all these stations, and all that has happened is that Comcast has a stronger monopoly."

Trying To Find Their Footing

Washington insiders who were close to Comcast's FCC deal say no one expects these networks to survive. But Comcast's vice president of multicultural services, Ruben Mendiola, disagrees. In fact, he says Comcast plans to host a total of 10 independent channels over the next few years.

"Independent networks sometimes have a little bit of a problem [finding] their footing in America," he says. "And I think what we do is guarantee distribution for these networks so people can discover the channels and give it a try."

Comcast is counting on the celebrity entrepreneurs to attract audiences and advertisers. Rodriguez is bankrolling much of El Rey's programming himself, and already has a quarter of a billion dollars for production. And Revolt is also off to a good start, according to general manager Keith Clinkscales.

"It's easy for skeptics to say, well, they don't expect these networks to work," he says. "But I don't think anybody sent that memo to Sean Combs."