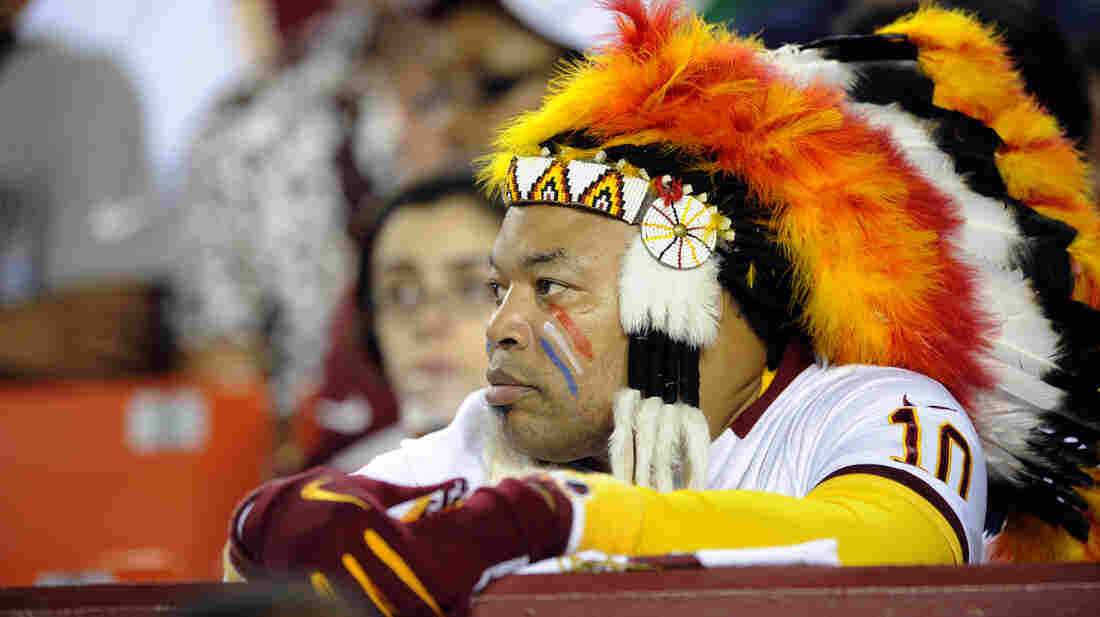 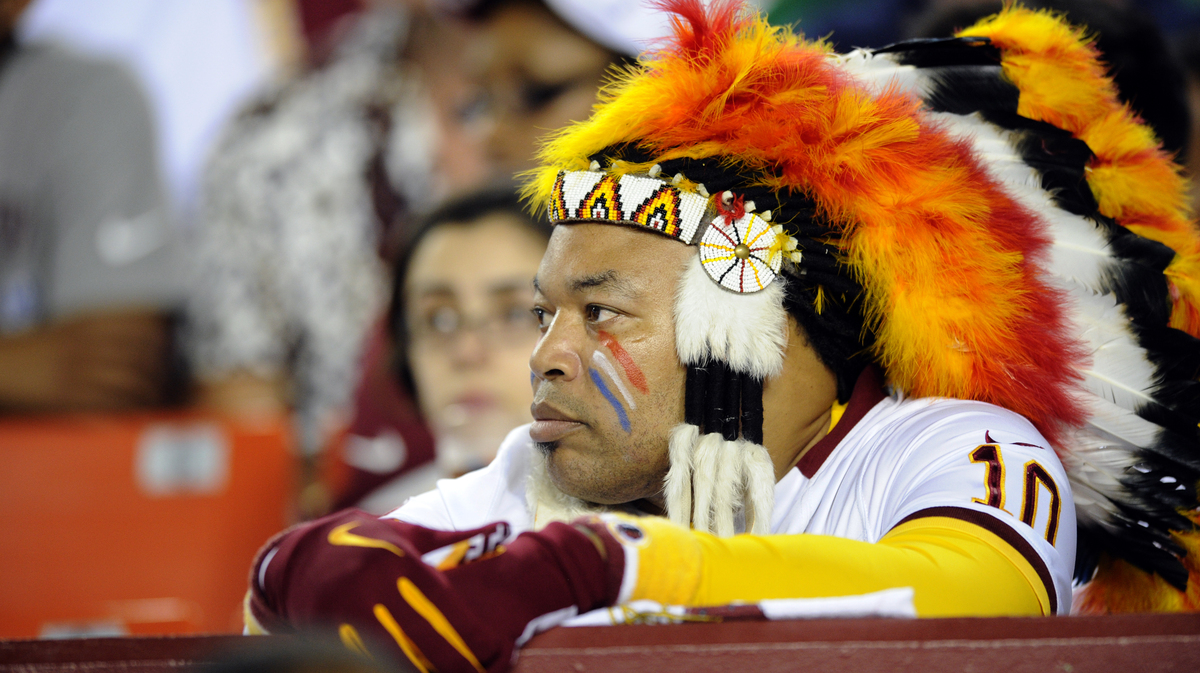 A Washington Redskins fan watches the game in Landover, Md.

The adults continue to argue over the Washington Redskins football team's name. Native Americans and others say the name is a racial slur, and should be changed. The NFL and many fans say that in sports, tradition is important too.

But a recent report commissioned by the Oneida Indian Nation, which has advocated for a name change, suggests that the debate should consider the children. The report suggests that the mascot, and others like it, may actually be harming Native American children and teens. It was written by clinical psychologist Michael Friedman and presented to the NFL at a recent meeting.

Tell Me More host Michel Martin speaks with Friedman and NPR science correspondent Shankar Vedantam about the research. Also joining the conversation is Wilson Pipestem, a dad of four and member of the Otoe-Missouria tribe.

"Your view of Native Americans gets worse"

Pipestem: One day at the dinner table, my oldest son, Truman, said kids at school are wearing these Washington football jerseys and other wear. ... It was before a game, and my second son said, "Are they making fun of us, Dad?" I said we need to sit down and talk about this.

Our children are very involved in the traditional and ceremonial life of our tribes, and we've taught them that our creator has given us eagle feathers as a way to pray ... and that ceremonial uses of paint have meaning, and these are all good things, and it's good to be an Indian person. When they see things that are different, they were troubled by it. My wife and I tried to teach them that this sort of ignorance is not meant to be personal to you; it's just [that] there are these things in our society that are part of the institution that are just not right and someday they'll change.

On unconscious effects of the mascot

Vedantam: [The data help] us get past what's been a constant refrain in the debate over these mascots. One side says, "Look, we're offended." The other side says, "Look, we don't mean to give any offense." And you end up with a he-said, she-said battle of opinions. ... The data seem to show at a pretty general level that there is a disconnect between how people think about these issues consciously and unconsciously. So you can have very positive views about a team mascot like the Redskins, and genuinely and sincerely say you are supportive of the team and think about the mascot in a positive way. While, at an unconscious level, the mascot could be having negative effects on you and the people who are hearing you talk about those terms.