Accessibility links
Movie Review - 'Faust' - Alexander Sokurov, Seeking New Shadows In A Dark Classic Faust, which won the top prize at the 2011 Venice Film Festival, offers a singularly visionary take on the classic tale of a man who sells his soul to the devil. It's the final installment in a "men of power" tetralogy from the director of Russian Ark. 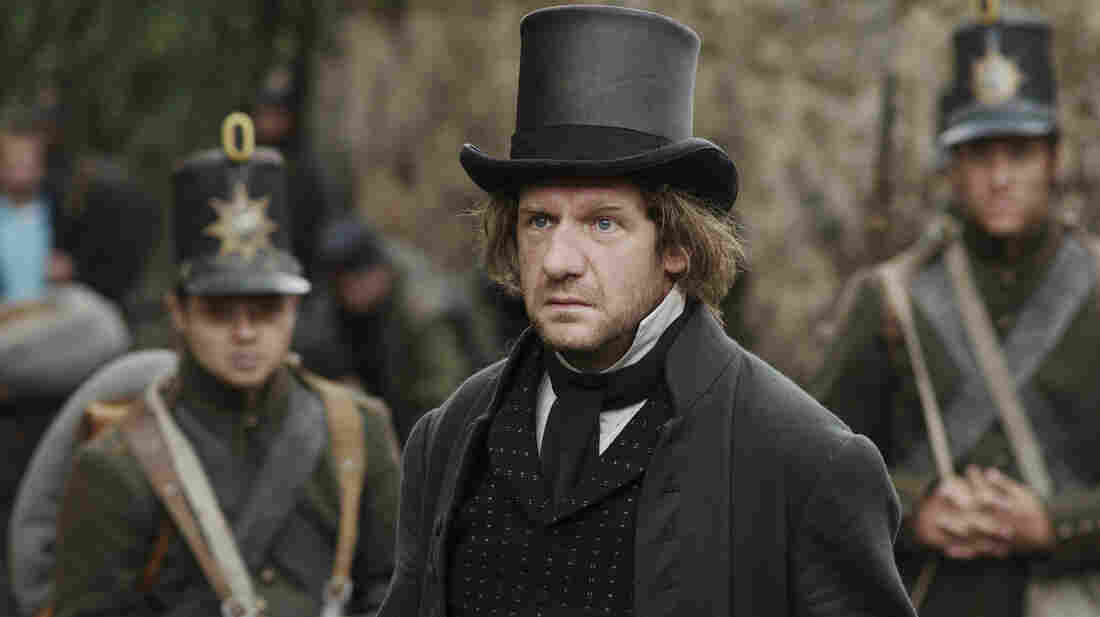 The man who makes the deal with the devil, played by Johannes Zeiler, is back onscreen in a new interpretation of the Faust story from director Alexander Sokurov. /Leisure Time Features hide caption 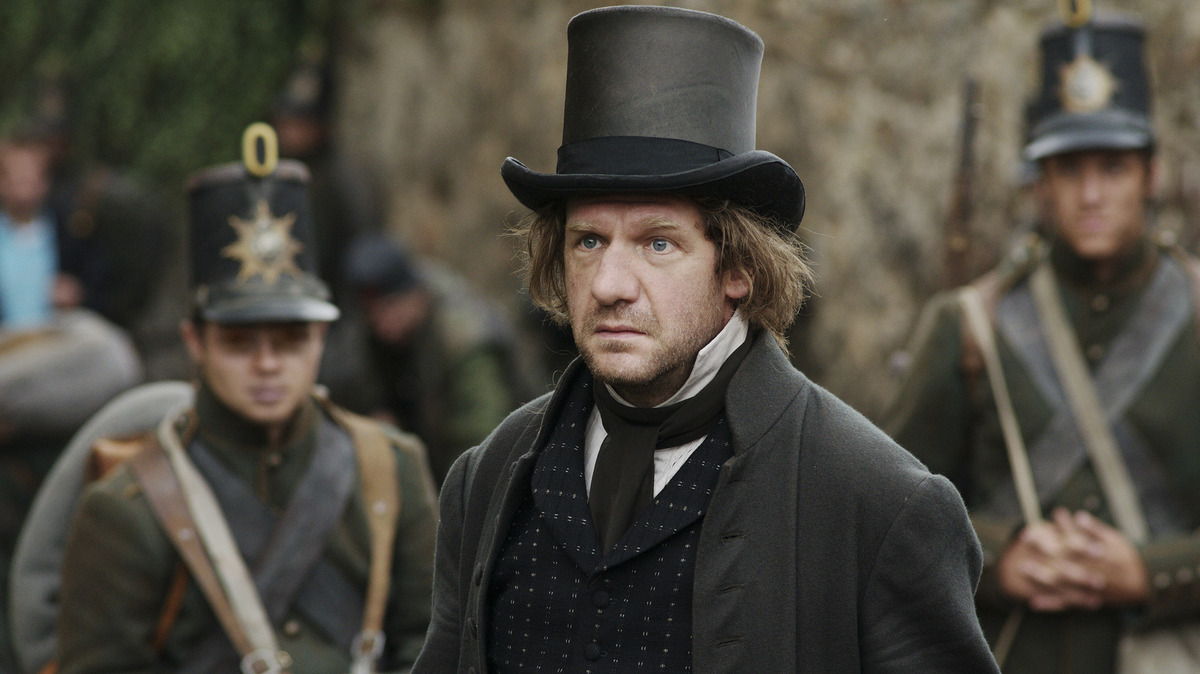 The man who makes the deal with the devil, played by Johannes Zeiler, is back onscreen in a new interpretation of the Faust story from director Alexander Sokurov.

In German with English subtitles.

Siberia-born director Alexander Sokurov is best known in the West for 2002's Russian Ark, a cinematic waltz through the Hermitage Museum that also functions as a primer on Russian history. The filmmaker is an idiosyncratic historian, though, as he demonstrates yet again with a version of Faust that completes his "tetralogy of power."

After descending from computer-generated heavens to a grubby German town, the camera focuses on a penis. It turns out to belong to a cadaver that's being excavated by Professor Faust (Johannes Zeiler).

He and his assistant, Wagner (Georg Friedrich), discuss possibly finding the location of the soul, although it's not clear that the men believe in such a thing. "Good doesn't exist, but evil does," says Wagner later, perhaps expressing Sokurov's view of the world that produced Hitler and Stalin.

Faust is a quester, curious about astronomy and alchemy as well as anatomy, and pondering a better translation of the Gospel of John's opening line. ("In the beginning was the Word.") He's also flat broke; when Faust encounters the moneylender who might also be Mephistopheles (performance artist Anton Adasinsky), he's seeking food, not power or wisdom. This devil takes Faust on a trip through the village, leading him toward murder and lust — and when Herr Professor finally agrees to sign away his soul, it's so he can possess a baby-faced beauty, Margarete (Isolda Dychauk). 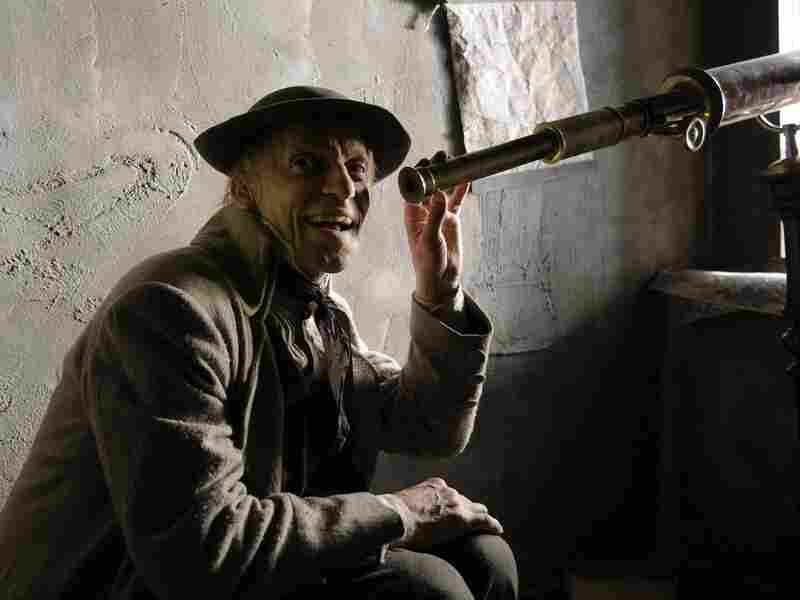 As in the Goethe classic, Satan — known in the film as the Moneylender (Anton Adasinsky) — convinces Faust to sign away his soul. Leisure Time Features hide caption 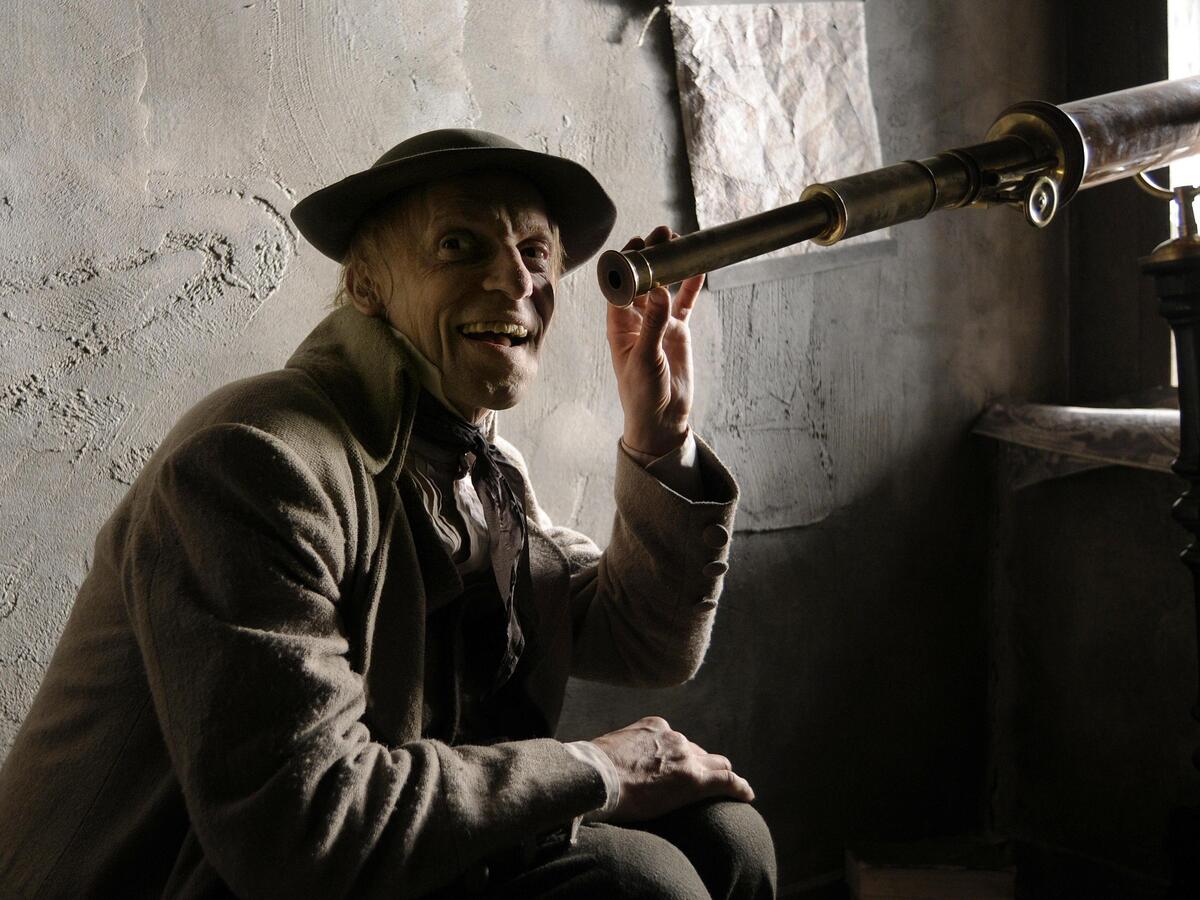 As in the Goethe classic, Satan — known in the film as the Moneylender (Anton Adasinsky) — convinces Faust to sign away his soul.

That conquest, of course, soon turns to disappointment. Then Satan leads his dupe to an unknown world, where Sokurov flips the outcome of Goethe's Faust.

Most of the movie was shot on sets in Prague, but this final sequence was filmed amid the geysers and glaciers of Iceland, and the wide-open terrain strongly contrasts the rest of the film, whose tiny rooms and narrow streets are crowded with people and a zoo's worth of animals. But all the locations are hallucinatory, thanks in large part to Bruno Delbonnel, the masterly and versatile cinematographer.

His camera is constantly in motion, save for a few meditative moments, and unsettlingly off-kilter. Anamorphic lenses sometimes distort the image, while the lighting, composition and shadowy hues emulate classic Dutch painting. The dream-like look was surely a major factor in Faust's taking the top prize, the Golden Lion, at the 2011 Venice Film Festival.

Another visual influence is German expressionist cinema, especially the work of F.W. Murnau (who filmed his own Faust in 1926). And Sokurov also invokes later German directors, notably with a walk-on by Hanna Schygulla, who has little reason to be in the movie except that she was a Fassbinder favorite.

While the movie's script, co-written by Sokurov, derives from a well-known source, it encompasses themes familiar from the director's other work: masculinity, alienation, the uneasy balance of earthiness and ethereality. At times, it's hard to imagine that anyone — even the filmmaker's recent patron, Vladimir Putin — is as interested in this stuff as Sokurov is.

Viewers willing to follow wherever the self-indulgent director leads, though, are guaranteed an eye-popping voyage. Faust's worldview may be esoteric, but its vision is lucid.