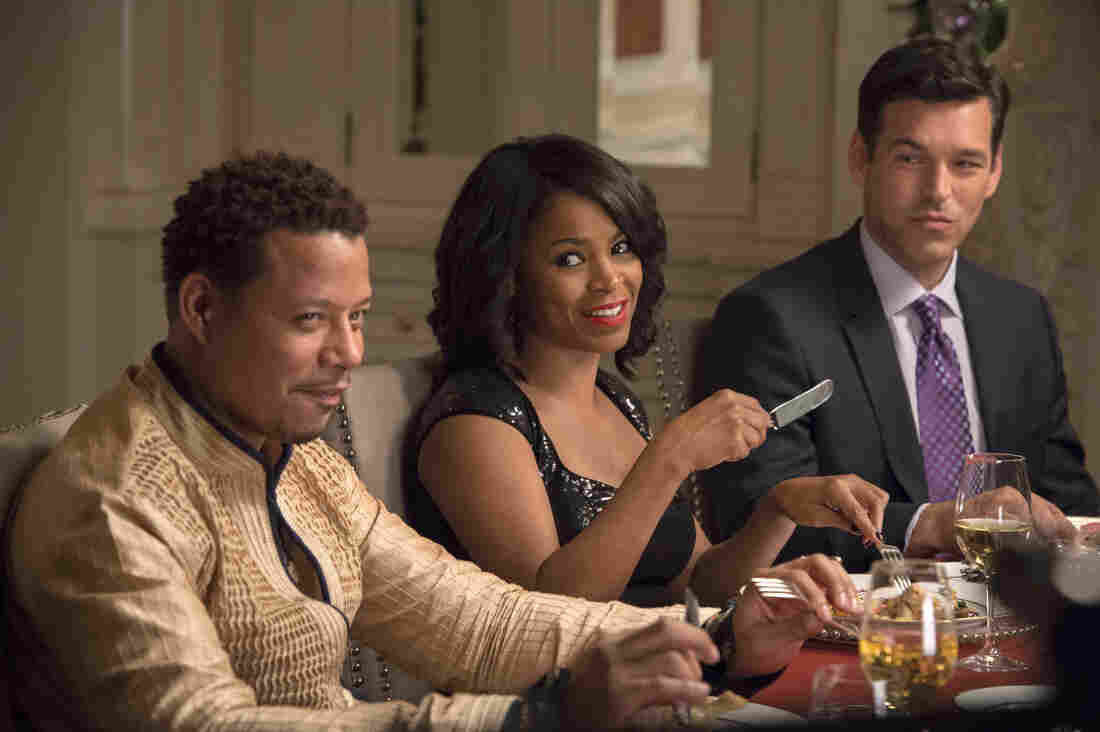 It's been nearly 15 years since movie lovers followed the romances and rivalries of college friends in The Best Man. There's Harper, the aspiring writer and "best man" of football star and husband-to-be Lance; Mia the bride-to-be of Lance; Robyn the girlfriend of Harper; Jordan the ambitious media maven; and Quentin the playboy.

Director Malcolm D. Lee's The Best Man became one of the top-grossing black movies of all time, and now the ensemble cast returns in The Best Man Holliday. The film opens in theaters Friday.

Stars Terrence Howard and Sanaa Lathan spoke with Tell Me More host Michel Martin about their roles, and if things have improved for African-Americans in Hollywood.

Sanaa Lathan: I think the thing that really resonated with audiences is the real chemistry that we all have. We all really kind of like each other in real life, and have stayed friends over the years. So that kind of chemistry is palpable onscreen as well. ... I met Terrence for the first time then. He used to bring his guitar to set.

Terrence Howard: Everybody was scared of Sanaa. All the women were! [Lathan: Really?! Why?] Because we had never seen you that much. And you came in and basically owned every moment that you were in, and actually, you know, became the most standout female in that movie.

What the director did for audiences

Howard: Malcolm D. Lee did something that very few people had really aspired towards. You know, we knew there were upscale black Americans that were living real lives, but often times that was never depicted inside of films, even on television, you know. What he created back then gave everybody an opportunity to say, 'There is a true middle class black family. And this is their language. This is how they behave.' So you don't have to be, you know, a ... black person pretending to be white. And you don't have to be ghetto friendly. You can actually be, you know, extra medium [Laughter].

Lathan: I think audiences, especially African-American audiences, were hungry to see themselves or see people that they know onscreen. And I think that this movie — along with some other movies at the time, Love Jones was another one – really depicted people that we know personally. And I think that now, once again, 15 years later, there's still that hunger. 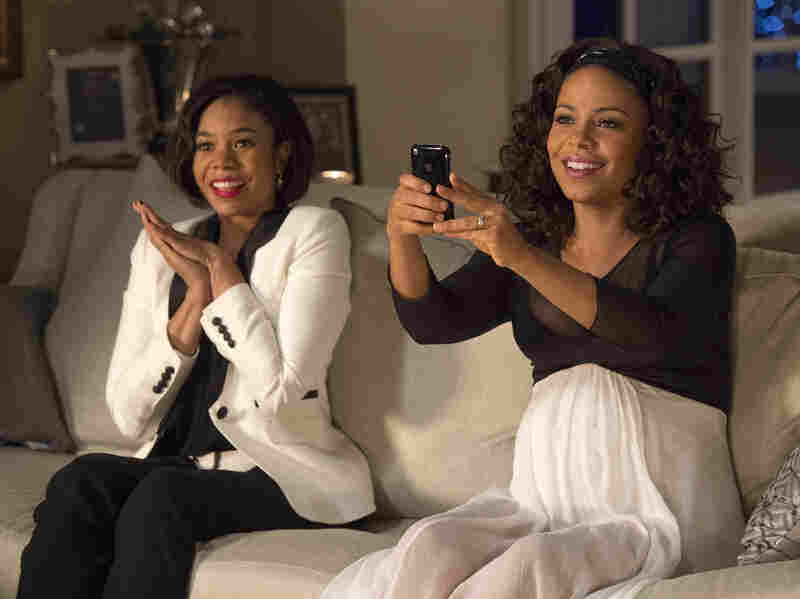 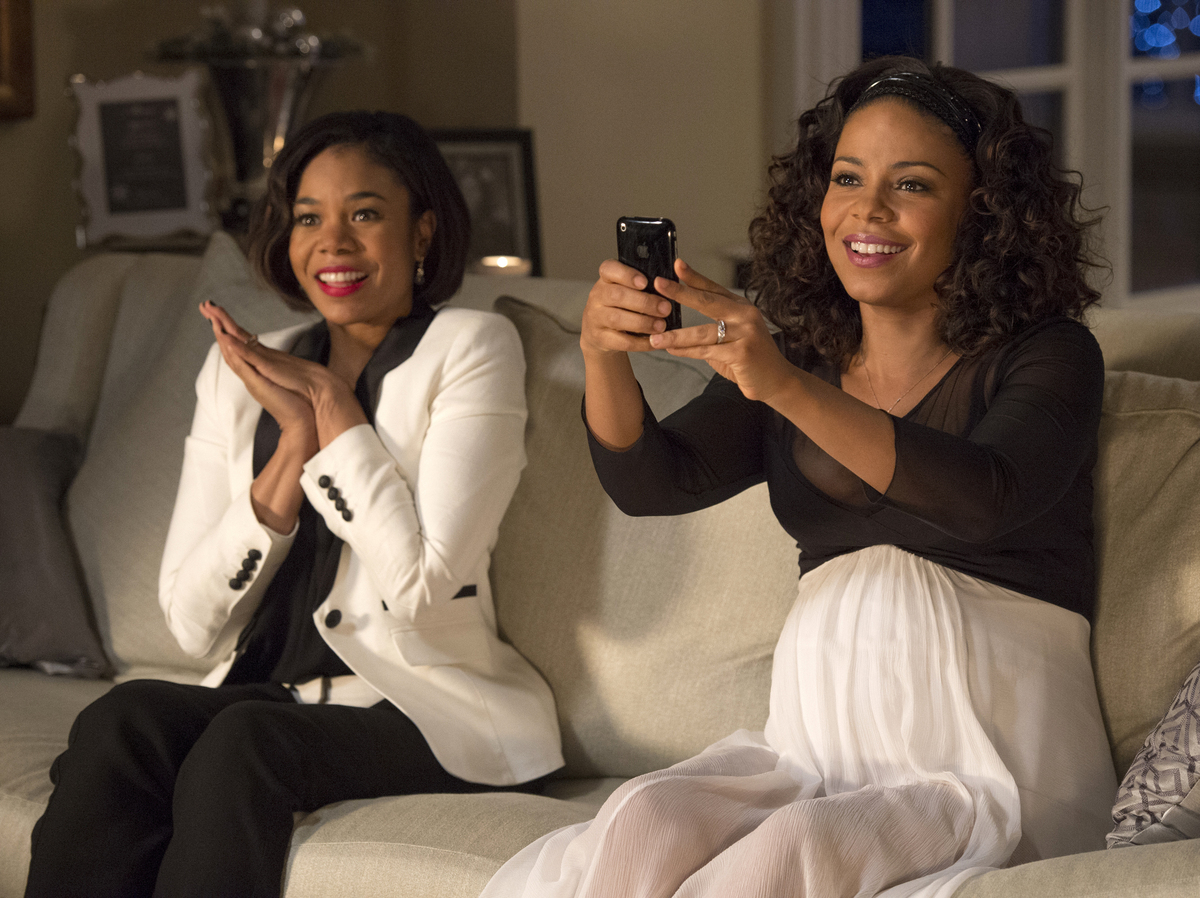 The growth of Lathan's character Robyn

Lathan: Robyn was kind of the outsider in the first one. She and Harper were dating at the time. And she was kind of like really positive. I would say kind of like a hippie. Her feet weren't on the ground. She didn't really know what she wanted to do. She was kind of dabbling in jewelry. She was catering. And her life was all about Harper. In this one, they've been married for 10 years. She's a successful chef. And she's way more grounded. And she's still the same essence that she was in the first one, which is kind of the glass half full to Harper's glass half empty. And she's nine months pregnant. ... They wanted me to put that big ol' bump on for the poster shoot, and I said no. I said, 'I gotta have a waist at some point!'

Howard: He believes in being honest. Even though he's not being honest with his inner feelings, he's honest about whatever he's doing. You know, if he's hanging out with the president, he's gonna try to get the president to smoke a joint [laughter]. I mean there's no consequences to him. That's what's entertaining for me. Because in all reality, when we first did the movie, a best kept secret is: I fashioned Quentin from Harold Perrineau, the real-life Harold Perrineau before he got married [Lathan: Oh! I didn't know that!] 'cause Harold was a pimp! Harold was slick! He had the dreads. He was a pimp! I would watch him a lot throughout the day 'cause he was brutally honest.

The push to get The Best Man Holiday made

Lathan: Basically he [Malcolm D. Lee] pitched the idea to us moment-by-moment, beat-by-beat, and by the time the pitch was over, we were like, 'Write it! We will do it!' And um ... [Howard: didn't hear nothing for six months] yeah, and then the script came in. It was in really good shape. I thought it was great, I was like, 'Okay when are we doing it?' And he said, 'The studio actually doesn't think it's funny.' That, in my mind, was kind of crazy because I thought it was funny. And so basically we all decided that we would show them if they couldn't get it from the script. And we had a rehearsal. They laughed, they cried, they were cheering. And by the time we got to our cars in the parking lot, they were budgeting the movie.

Howard: Black filmmakers are often times afraid to go and make a black movie after they've had success with a so-called black film because they don't want to get stuck inside this box.

Lathan: It doesn't even feel like work. It's what I do. I love it. I want to do it until I'm a little old lady. But for me, it's really about having the right people around you, and just the commitment to the work. And then you deal with the business as a byproduct of that.

Howard: You know there is a great deal of joy in the work because we get to escape from, you know, the mundanities of life and this handrail of mediocrity that [laughter] everyone tends to hold onto to make it through because they're afraid. The idea of failing [Lathan: keeps you going?] keeps me going, you know, because it gives us something to pick up from. And at the end of the day, who cares? Nobody's gonna remember us a thousand years from now [laughter]. This is only important to us right now. Let's have a good time! Enjoy! And we love doing this! This is fun!

Will there be a trilogy?

Lathan: There is talk of a trilogy. I guess it'll all depend on how we do this weekend, right? It's all about numbers in this town. So we'll come back if people show us that they want us back by coming out to see the movie.