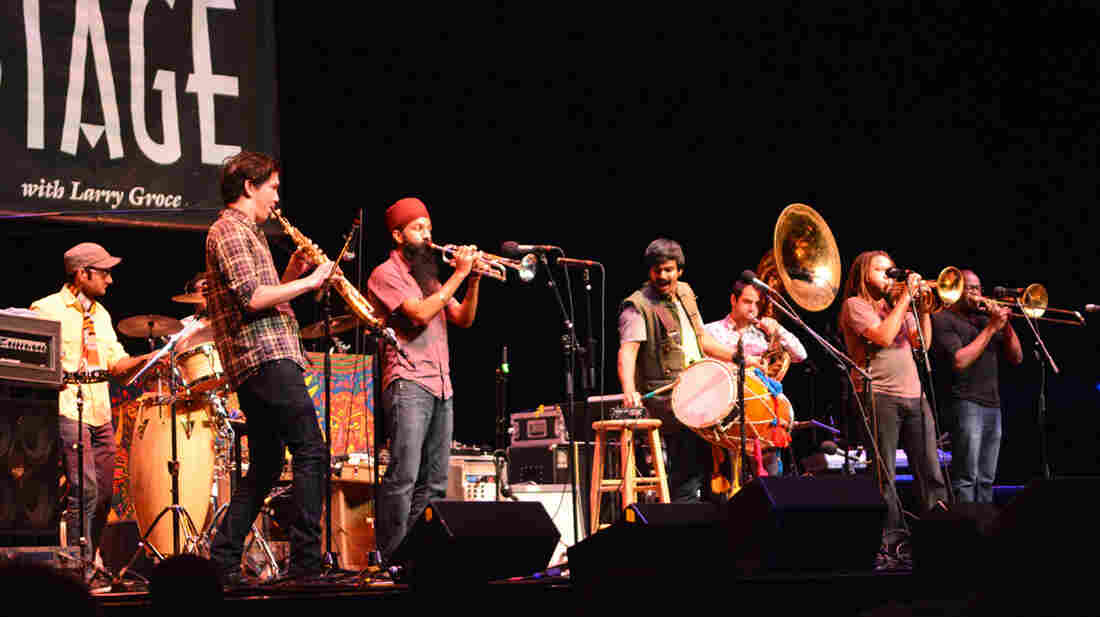 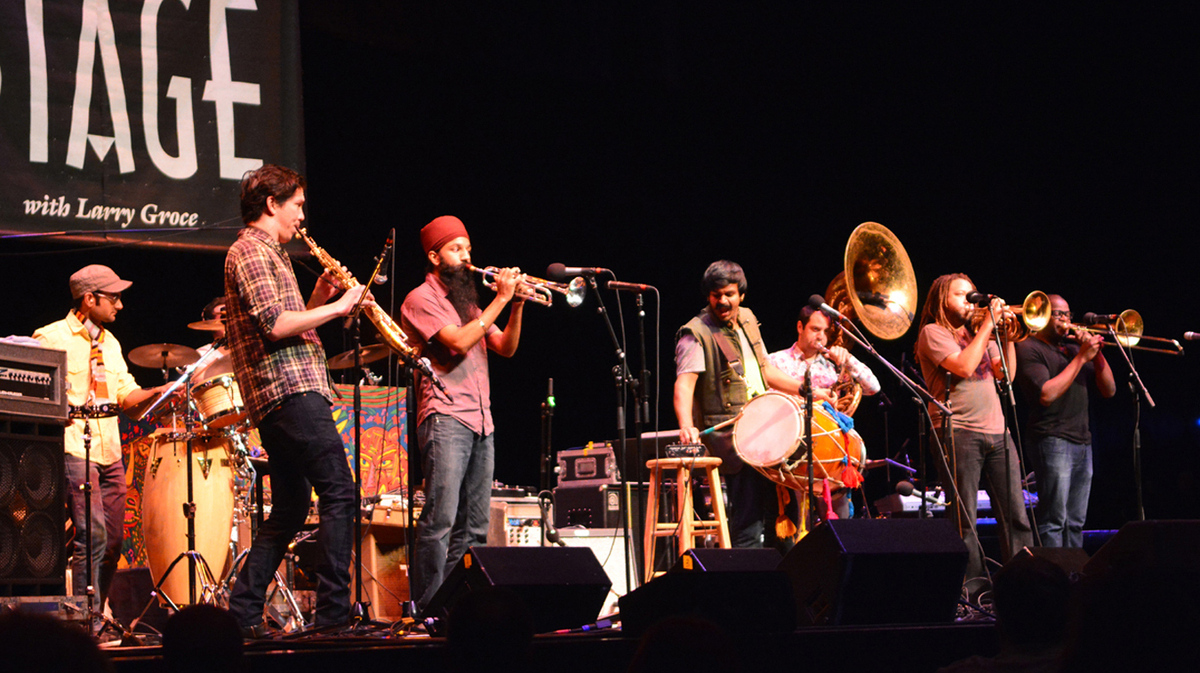 Red Baraat appears on this special 800th episode of Mountain Stage, recorded live at the Clay Center for the Arts and Sciences in Charleston, W.V. The Brooklyn band's eight members draw on North Indian rhythms, hip-hop, funk and New Orleans jazz to create undeniably singular party music. The band has performed during its own TED Talk, at the White House and at Google's Mountain View headquarters, and closed the 2012 Paralympic Games.

Led by singer-songwriter and drummer Sunny Jain, Red Baraat features a smorgasbord of brassy instruments — including trumpet, trombone, sousaphone and sax — that had this sell-out audience on its feet within seconds. The group's performance features songs from its latest release, Shruggy Ji.