Accessibility links
Interview: Bruce Dern On His New Film, 'Nebraksa' Dern's new film follows a man named Woody who is starting to show signs of dementia. When Woody falls for one of those junk-mail sweepstakes come-ons, he becomes convinced that he's won $1 million and sets out on foot to collect the cash. Dern tells Fresh Air's Terry Gross, "[Nebraska] is the most personal movie I've ever done in my career." 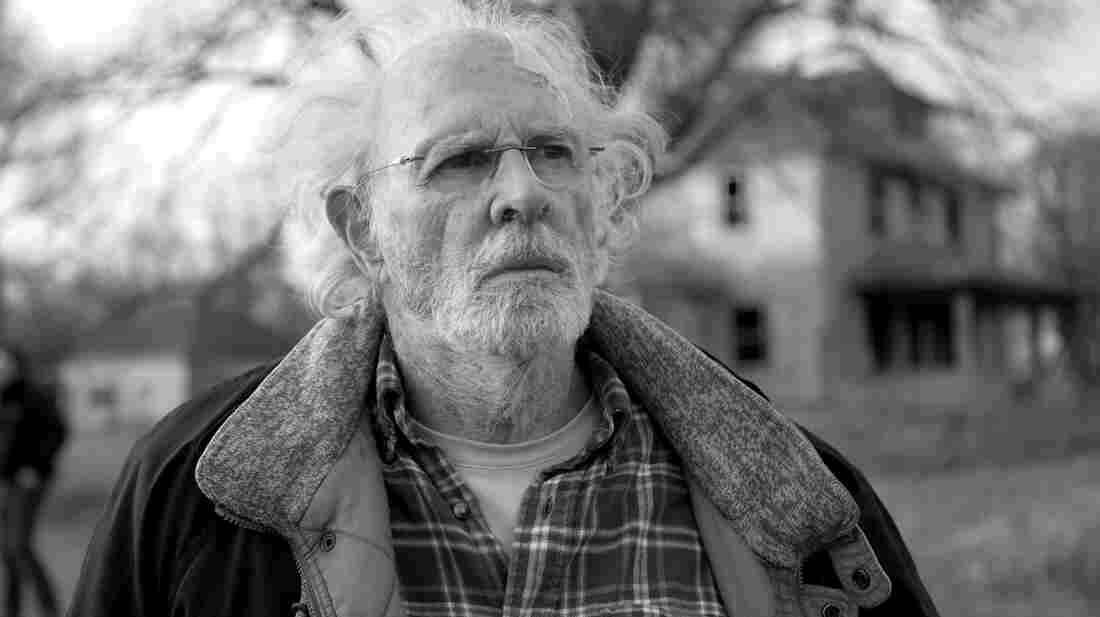 Bruce Dern has been acting for more than 50 years. In Nebraska, he plays a man on a mission to collect $1 million. Merie W. Wallace/Paramount Pictures hide caption 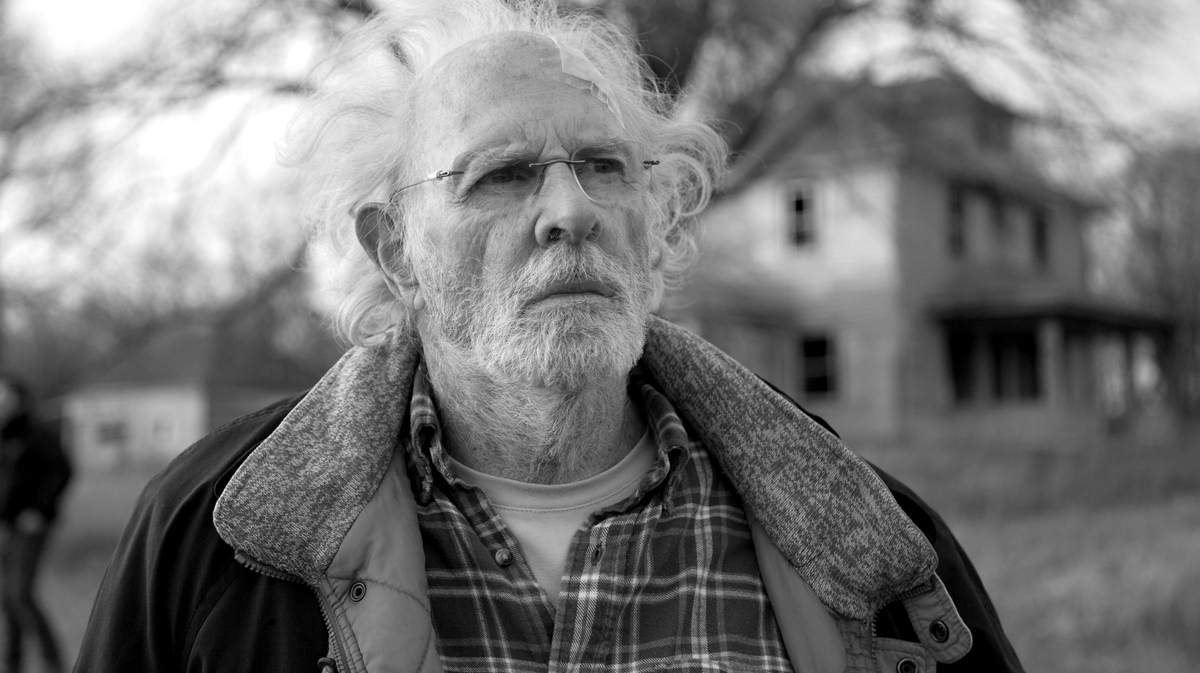 Bruce Dern has been acting for more than 50 years. In Nebraska, he plays a man on a mission to collect $1 million.

After spending much of his career in supporting roles, actor Bruce Dern is finally getting some recognition: He won the best actor award at this year's Cannes Film Festival for his performance in the new film Nebraska.

Dern, 77, started his acting career doing guests shots on TV shows like Route 66, Surfside 6, Ben Casey, Wagon Train and Gunsmoke. In the '60s, he co-starred in several Roger Corman films, including the biker film The Wild Angels and the psychedelic film The Trip, which was written by Jack Nicholson. Dern co-starred with Nicholson in the 1972 film The King Of Marvin Gardens and was nominated for an Oscar for his performance in the 1978 film about Vietnam war veterans, Coming Home. More recently, he co-starred in the HBO series Big Love as Bill Henrickson's father.

Dern's new film, Nebraska, was directed by Alexander Payne. The story starts in Billings, Mont., where Dern's character, Woody, who is beginning to show signs of dementia, falls for one of those junk-mail sweepstakes come-ons. Not having read the fine print, he believes he's won $1 million and that all he needs to do is collect his money in an office in Lincoln, Neb. Since he can't drive anymore, he starts walking there — from Montana.

Dern tells Fresh Air's Terry Gross, "[Nebraska] is the most personal movie I've ever done in my career."

On playing a character who shows early signs of dementia

I've always been a person that listened, heard, saw, smelled — whatever the five senses are — around me 24/7. So what I had to do is get rid of all of those instincts, to shut things out, to not be aware of the conversations that were going on around me. ... If you're standing at home plate and looking out on a baseball field, all the lights in right field are out [for] Woody; he's got about two-thirds of the lights that are still on. ... So he misses quite a bit. ...

What he wants to hear, he hears, and what he doesn't, he doesn't. And having the ability to do that and make it believable on-screen was my biggest challenge — the spaciness, the being "out there."

On joining The Actor's Studio

Chasing Money, And Meaning, In 'Nebraska'

I think [Actors Studio co-founder Elia] Kazan and Mr. [Lee] Strasberg [a teacher at the studio] both felt I could be kind of a guinea pig for them. So the first year I was at The Actors Studio, I was only permitted to do scenes in which I had no dialogue. So I was trained to just deal with my emotions and emotionally become the characters that I played without the handicap, if you will, of having dialogue on top of that. So the obligation was really just to develop an instrument that was real and honest and pure, if you will. ... So I did a lot of scenes where I was just a silent partner. Then, after a year, they allowed me to start doing scenes where I was allowed to speak. I thought I was going to have Harpo Marx's career for the first year that I was an actor.

On being typecast as an eccentric

I remember David Letterman asked me on his show years later, he said, "You've always played all these wackos and all these sickos and everybody's nuts and everything. Don't you get tired of that?" And I said, "First of all, David, I don't really look at them as guys like you say." "Well what else would you call them?" And I said, "Well, they're really just guys that kind of live just beyond where the buses run."

On Nebraska cinematographer Phedon Papamichael's advice to him

Take risks. If you're going to take roles, go out on the edge of the cliff and take roles other people don't seem to do or want to do or have passed on for whatever reason, and do it.

It means don't perform the role, don't add things that you don't need to add, don't have a lack of confidence that the role works. And the reason you don't need to have that is because we're going to see all of that because the camera is going to be on you when you go through those things. ... Because Alexander [Payne] has the courage to stay longer in a shot so he can see the behavior evolving, rather than to cut away and cut back. ... He stayed and studied the character.

On his advice to his daughter, actor Laura Dern