Accessibility links
A Quest For The Perfect Quince Paste Yields A Great Sauce The hard yet fragrant quince cannot be eaten raw, but makes a delicious sauce when cooked down and spiced up. Tammy Donroe Inman, the author of the cookbook Wintersweet, shares her quest for a quince paste recipe — a quest that lead her instead to develop a recipe for a quince sauce. 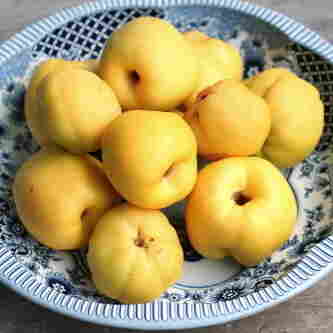 A good quince can be hard to find. And for many, they're also hard to define.

Tammy Donroe Inman, who wrote the dessert cookbook Wintersweet and blogs at Food on the Food, says the tough yellow fruits are rock hard straight off the bush, and have a strong fragrance when raw – kind of like a green apple Jolly Rancher.

"But when you cook them, the flavor is different," says . "It's more like a cross between an apple and a pear, with a little hint of an exotic flower fragrance."

Inman first fell in love with the fruit when she received a half-eaten jar of quince paste that was otherwise headed for the trash.

"It was tart and sweet at the same time and so deeply flavored, and I loved it," Inman says. "And I realized as I was finishing the jar that I had no way to get any more of it."

That castoff confection started Inman on a journey to recreate the perfect quince paste.

The label on the jar didn't have a name, but did have an address. So she wrote a card professing her love of the paste and asking for a recipe.

The response came from a Latvian man who'd made the paste from quinces he'd grown in his yard. Not having that option, Inman instead went to the store and bought some pineapple quinces.

But when Inman whipped up her first batch of quince paste, it just wasn't right. She tweaked the recipe, cut the sugar and still struck out.

Her kids loved the sauce she'd made while trying to troubleshoot the recipe – "It tasted like a really exotic version of applesauce," Inman says – but it just wasn't the same as the half-eaten jar of quince paste she'd fallen for.

It took a year before she figured out that the problem with her quince paste was a varietal one: The man who made the paste grew a Japanese variety of quince different than the pineapple quinces she'd been working with.

Once she got her hands on those special quinces, it was perfect.

So after trying to replicate that tart and sweet quince paste, Inman not only succeeded, but created a different quince sauce of her own that's good enough to eat straight out of the jar.

Quinces can be difficult to find, especially that special Japanese variety. Some specialty grocers carry them, or you can order them online. If you've got good leads on a quince dealer, tell us in the comments section below. 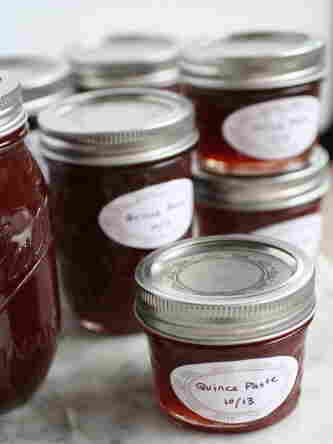 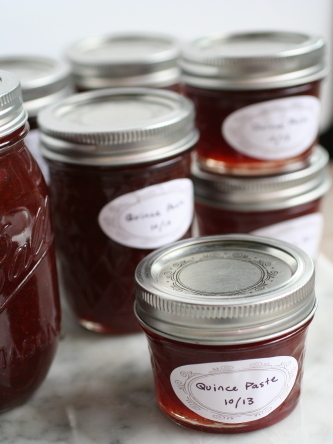 This thick, spreadable, super-tart jam is great paired with Manchego or a mild, firm local cheese. For best results, use Japanese flowering quince varieties like Toyo Nishiki or Victory.

Wash and quarter the quinces. Add the sugar and water to a large stainless steel pot, and stir to dissolve the sugar. Add the quinces and bring the mixture to a boil. Simmer for 1 hour to 1.5 hours until the quince is tender, the color has changed to a jewel-like red, and the liquid is syrupy. If the mixture turns thick and syrupy before the quince is tender and red, add more water and continue cooking. Remove the pot from the heat and let it cool slightly.

Either run the mixture through a food mill, or use a stick blender to puree the mixture and then pass it through a sieve to remove the seeds, cores, and skins. The resulting paste will thicken as it cools. Quince paste can be safely stored in the refrigerator for up to 3 weeks, but given the amount this recipe makes, consider canning it for longer-term storage. To can quince paste, ladle the hot mixture into sterilized jars, screw on the lids and bands until finger-tight, and process in a boiling-water canner for 10 minutes. For complete instructions on canning, visit the National Center for Home Food Preservation: http://nchfp.uga.edu/publications/publications_usda.html 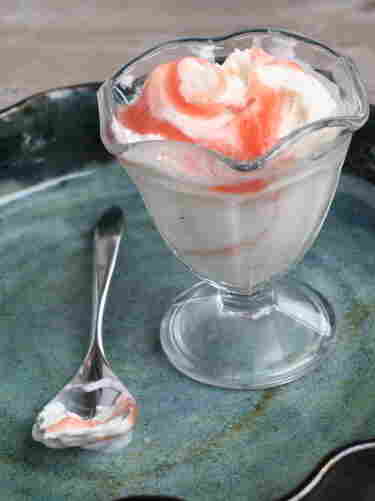 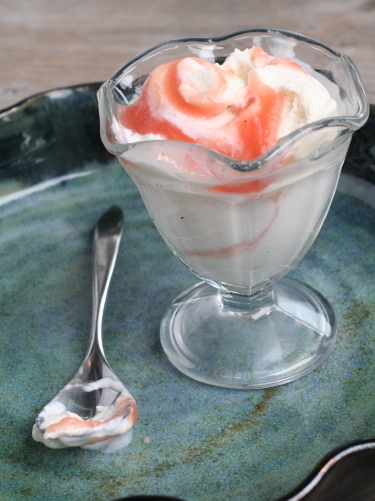 A great snack, you may find this sauce to be even better than applesauce. Quince varieties are variable in flavor and moisture content: adjust the water and sugar to your taste. Eat plain or warmed and poured over vanilla ice cream.

Wash the quince in cold running water to remove the white fuzz. Place the quince in a large pot with enough water to cover. The fruits will float initially, but they'll sink as they cook.

Bring the water to a boil over high heat, and then reduce the heat to medium to maintain a simmer. Cook the quince until the outer flesh can be easily pierced with a fork, 30 to 40 minutes but times may vary (the cores will remain woody and tough). Remove the fruits with tongs and set them aside until they are cool enough to handle. Reserve the cooking water.

Peel the quince with a paring knife. Cut the quince into quarters, and cut away and discard the tough inner core that contains the seeds. Place the tender fruit into the bowl of a food processor or blender with 1/2 cup (125 ml) of the reserved cooking water. Process into a sauce on the rough side for applesauce, smoother for an ice cream topping. You should have a scant 3 cups (710 ml) of pulp. (At this point, you can store it covered in the refrigerator for 1 to 2 days before finishing the process.)

Add the quince to a medium nonreactive pot with 8 cups (2 L) of the reserved cooking water (supplement with tap water if needed) and the sugar, lemon juice, nutmeg, cardamom, and ginger. Bring the mixture to a boil over high heat, and then reduce the heat to medium-low to maintain a gentle simmer. Cook, stirring occasionally, for about 1 1/2 hours. It's done when it is pinkish and the consistency of thick, smooth applesauce. Store the quince sauce in mason jars in the refrigerator for several weeks.