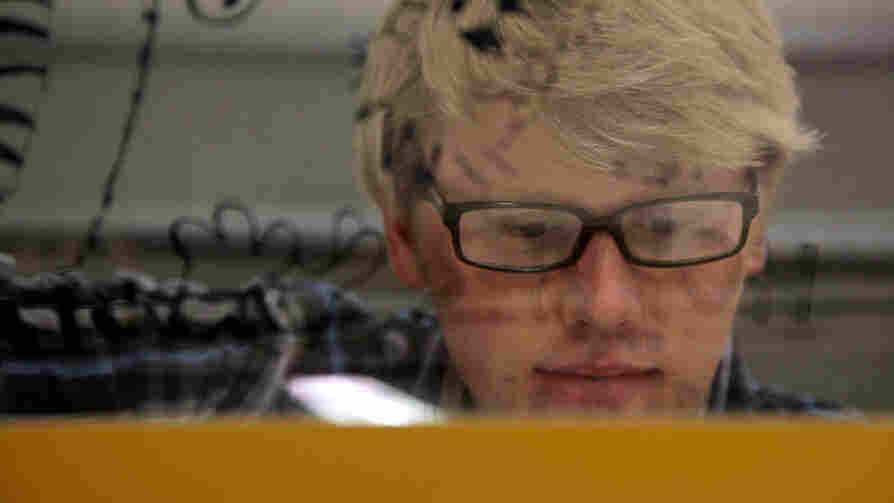 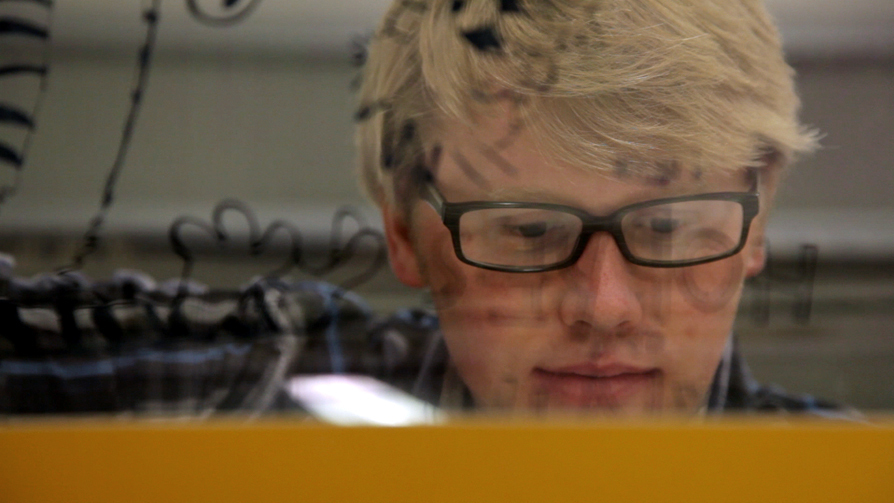 Joel Allen Schroeder dove into the world of Calvin & Hobbes for Dear Mr. Watterson, an admiring documentary about the strip.

Bill Watterson brought an end to Calvin & Hobbes in 1995, after just 10 years of writing and drawing the comic strip. But to his many devoted fans, that shockheaded boy and his tiger are as important today as they were when they first appeared in daily papers all around the country.

Filmmaker Joel Allen Schroeder collected the stories of Calvin & Hobbes' fans and dug into the strip's mystique for his new documentary, Dear Mr. Watterson, which premiered in theaters and on demand Friday. He talked with NPR's Don Gonyea about the comic strip, its elusive creator and the lasting appeal of stories about a boy and his tiger pal.

On the strip's recurring themes

When you opened up especially the Sunday paper, it was almost like you didn't know what sort of genre you might be seeing. Was it going to be [one of Calvin's alter-egos] Spaceman Spiff, Interplanetary Explorer? Was it going to be Calvin and Hobbes time-traveling to whatever era Calvin was most interested in checking out at the time? Watterson would try all sorts of different things. I mean, Calvin's world is just so huge, and whatever he wanted to explore, Watterson was able to come up with a great story and great visuals to match it.

On the philosophical themes Watterson dove into

So many of those strips were great philosophical discussions between Calvin and Hobbes. And the great thing about that type of strip is that, as a child I think you love some of the physical humor going on there, but then as an adult you can catch on to more of the discussion. ... And that's one of the reasons why it's just so timeless and it still appeals to people. ...

A lot of people will talk about the raccoon story, where Calvin finds a dying raccoon and takes him home and puts him in a shoe box. In the end the poor raccoon doesn't make it. ... You see Calvin just so attached to the raccoon, and [he] sort of begs it not to break his heart. And you're reading that strip and following along, and you're sort of hoping the same thing.

I think it goes to his respect for the medium. I think he had a sense that that sort of licensing would diminish the significance, the meaning of his characters. That suddenly if Hobbes was a plush doll, does that answer that mystery of "Is Hobbes real? Is he a toy?" ... What Calvin says in the strip, does that have as much meaning if he's on a Happy Meal? I think now one of the reasons why fans still hold Calvin & Hobbes in such high esteem is that it hasn't been watered down. We see Calvin and Hobbes in the books, and that's where they belong.

On the final Calvin & Hobbes strip

I think it sums up Watterson's legacy so perfectly. It's a fresh layer of snow, and Calvin and Hobbes are out with the toboggan, and Calvin looks to Hobbes and says, "It's a magical world, old buddy ... let's go exploring." And those last words are just, I think, a challenge to all of us to make sure that we have that curiosity. And [they are] words, I think, words to live by.