Accessibility links
Amid Nuclear Talks, Iran Pushes Diplomacy Online Iran's leaders are active on Facebook and Twitter, and frequently reach out in English via social media. Both services remain officially banned in Iran. But journalist Robin Wright, an expert on Iran, calls their online overtures "the most ambitious public diplomacy campaign since Iran's 1979 revolution." 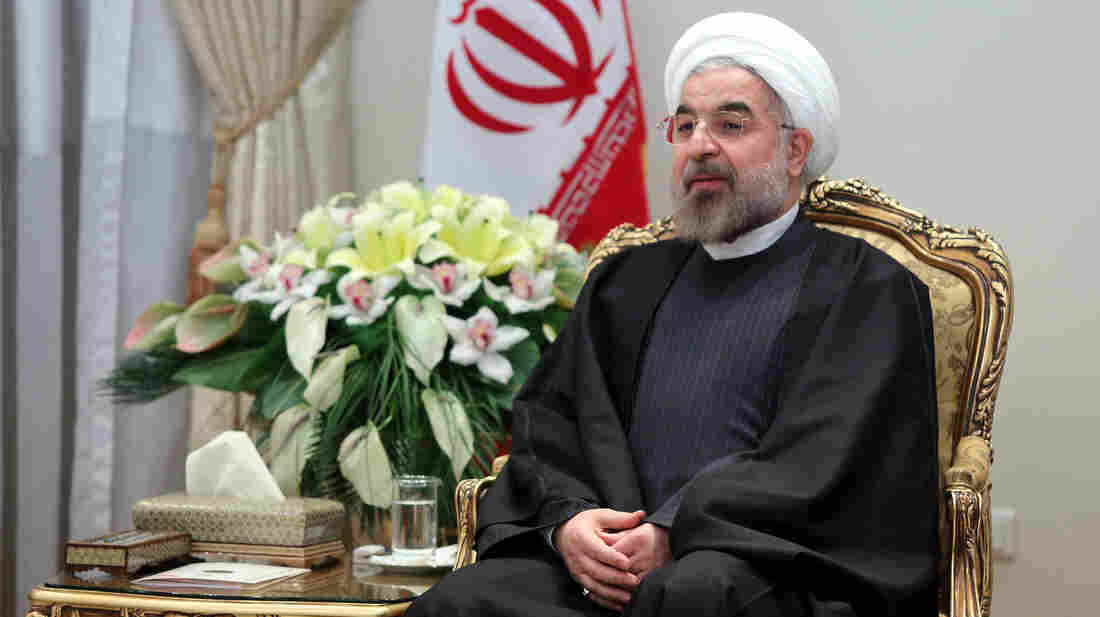 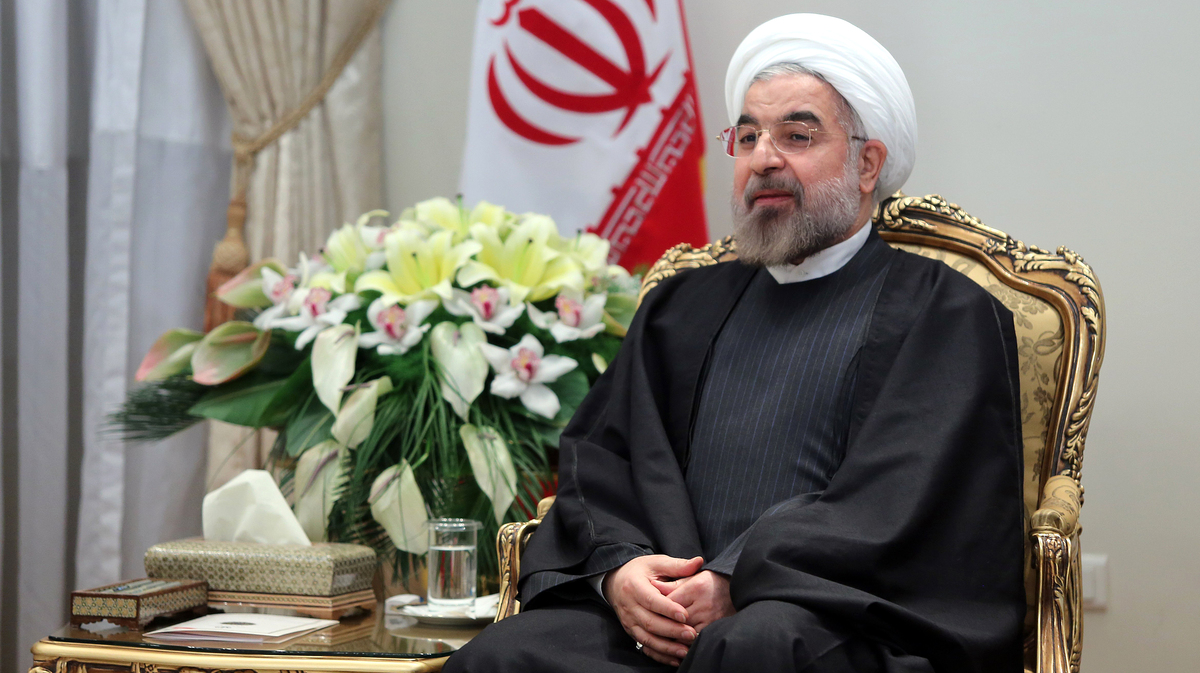 Iran's leaders, including President Hassan Rouhani, have been using social media to amplify their messages during negotiations over the country's nuclear program.

On Wednesday, diplomats from the United States and Iran — along with five other world powers — go back to Geneva and the negotiating table. They'll be discussing a possible deal to limit Iran's controversial nuclear program, which has sparked international tensions for a decade.

The previous meeting between Iran and the five permanent Security Council members (Britain, China, France, Russia, the U.S.) plus Germany failed to produce an agreement.

But aside from the public press conferences and official statements, a lot of the story has played out online, especially on the Iranian side. 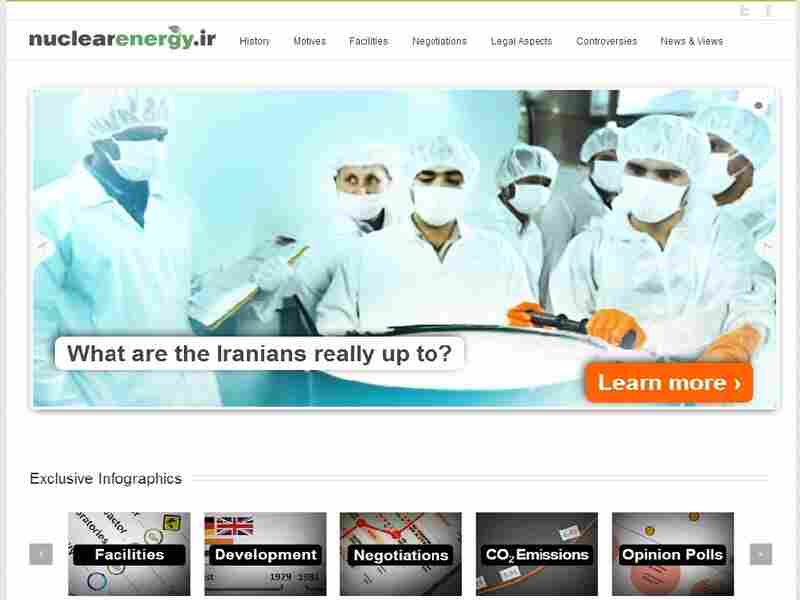 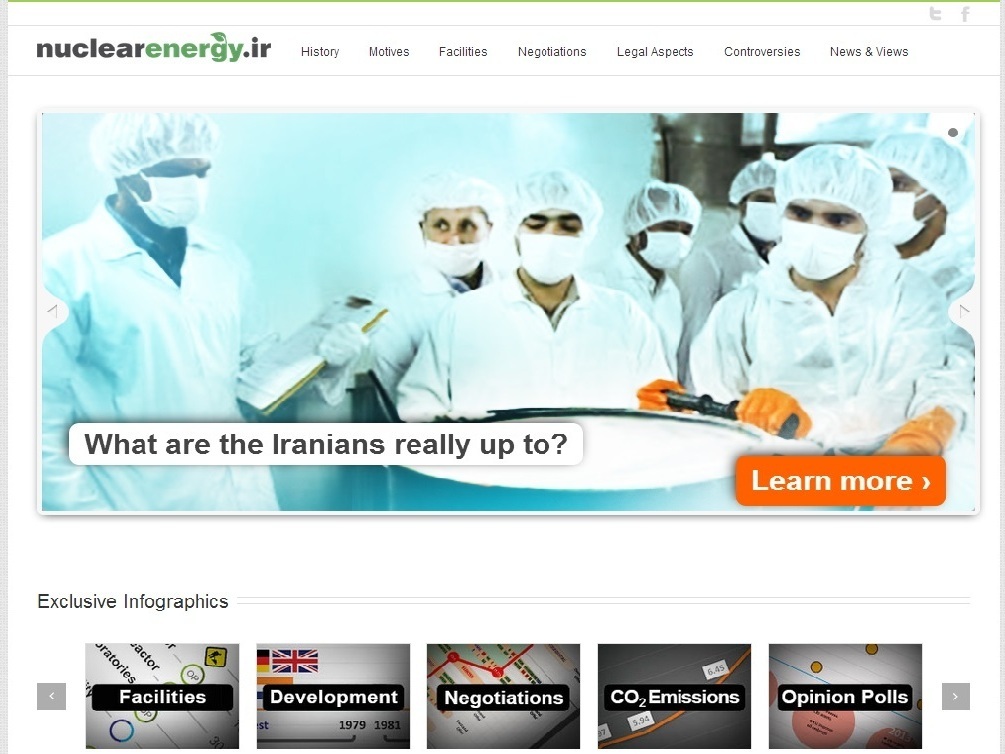 A screen grab from NuclearEnergy.ir. The English-language website makes Iran's case for its controversial nuclear program.

Just before the last round of negotiations, the website NuclearEnergy.ir launched, apparently the work of the Iranian government. (NPR emailed the site's administrators for comment, but did not hear back.)

The English-language website makes the Iranian case for their nuclear program, with headers like "Motives," "News & Views," and a lengthy section for "Frequently Asked Questions."

The site's point of view is unmistakable.

"Iran is no different from other countries," the Motives page claims. "In fact, the main objective of its pursuit of nuclear technology is, and has always been, to produce clean electricity for its growing population."

"It's clearly an attempt to reach out to the outside world, most notably, the United States," says journalist Robin Wright, a distinguished scholar in the Middle East program at the Woodrow Wilson Center.

Wright tells NPR's Arun Rath that NuclearEnergy.ir is just one part of a major online push by the Iranian government.

President Hassan Rouhani has two Twitter accounts — one in English and one in Persian — which he launched during his presidential campaign earlier this year. It's suspected that Rouhani himself does not tweet, but Wright says it's clear that the words are coming from his office.

Foreign Minister Mohammad Javad Zarif also has an account, which has been verified by Twitter. Zarif even made news in September by wishing Jews around the world a "Happy Rosh Hashana" and later appeared to distance himself from Iran's previous president, Mahmoud Ahmadinejad.

Wright says Iran's supreme leader, Ayatollah Ali Khamenei, also apparently has an account. (He has more than 28,000 followers, but, perhaps unsurprisingly, doesn't follow any other users.)

During the last round of nuclear negotiations, Khamenei tweeted support for the Iranian diplomats.

Our #negotiators are children of the #Revolution. We strongly support those in charge of our diplomacy.

Wright says the comment "was actually designed to push back against the hard-liners [in Iran], who rejected or questioned the diplomatic outreach."

It has not been all kind words and well-wishes. Khamenei has also taken to Twitter to harshly criticize the United States' position to keep, in President Obama's words, "all options on the table" when it comes to Iran, including military action.

Don’t trust an enemy who smiles.On 1 hand,#US smiles &expresses a desire for talks but on the other, they say all options are on the table.

Wright, who also maintains the website The Iran Primer, says that the online push by Iran's leaders amounts to "the most ambitious public diplomacy campaign since Iran's 1979 revolution."

At one point, Wright says, Foreign Minister Zarif wrote about having trouble getting on his Facebook page because of poor cellphone service, "and he had hundreds of people who came back and said, 'Well, now you know what it's like for the rest of us in Iran.' "

When negotiators reconvene on Wednesday, Wright says there will likely be more social media activity logging the back-and-forth in Geneva.

But it could be largely one-sided.

"One of the most interesting things about Iran's public diplomacy campaign is that it is certainly much more ambitious and aggressive than anything the Americans are doing," she says. "In a Twitter war, the Iranians are winning decisively."