Accessibility links
How And Where Should We Rebuild After Natural Disasters? There will be more big typhoons, some in poor countries, some in wealthier regions. But one thing we all share is a difficulty in keeping the next disaster in mind as we rebuild. Most cities are coastal, where even the certainty of big losses hasn't dissuaded people from moving into harm's way. 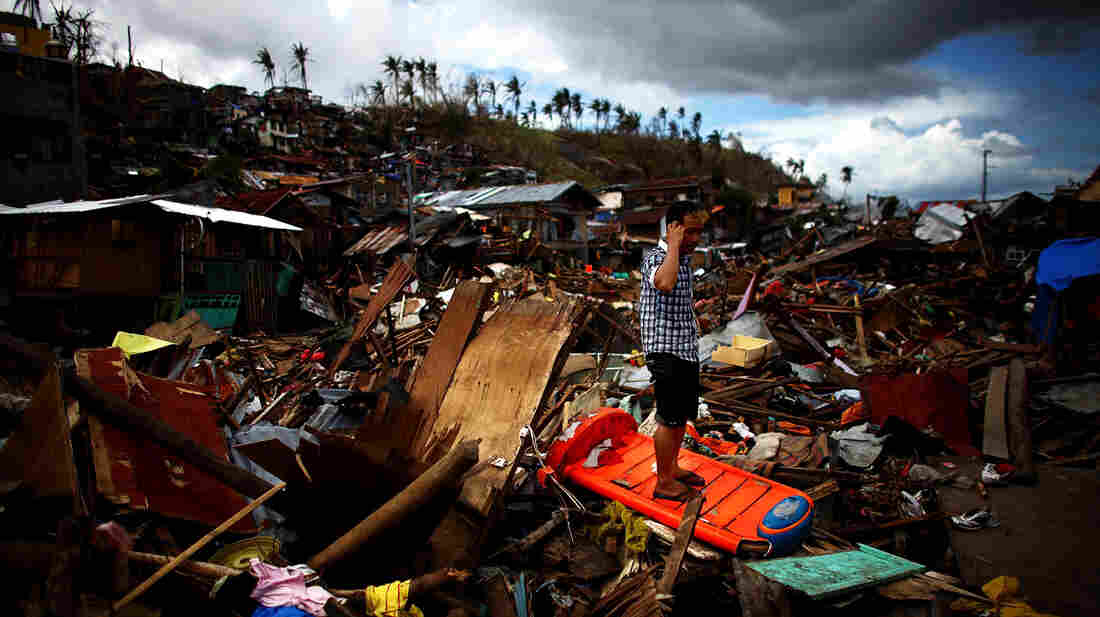 The wreckage in Tacloban, Philippines, on Nov. 16 was overwhelming, after Typhoon Haiyan plowed through. David P. Gilkey/NPR hide caption 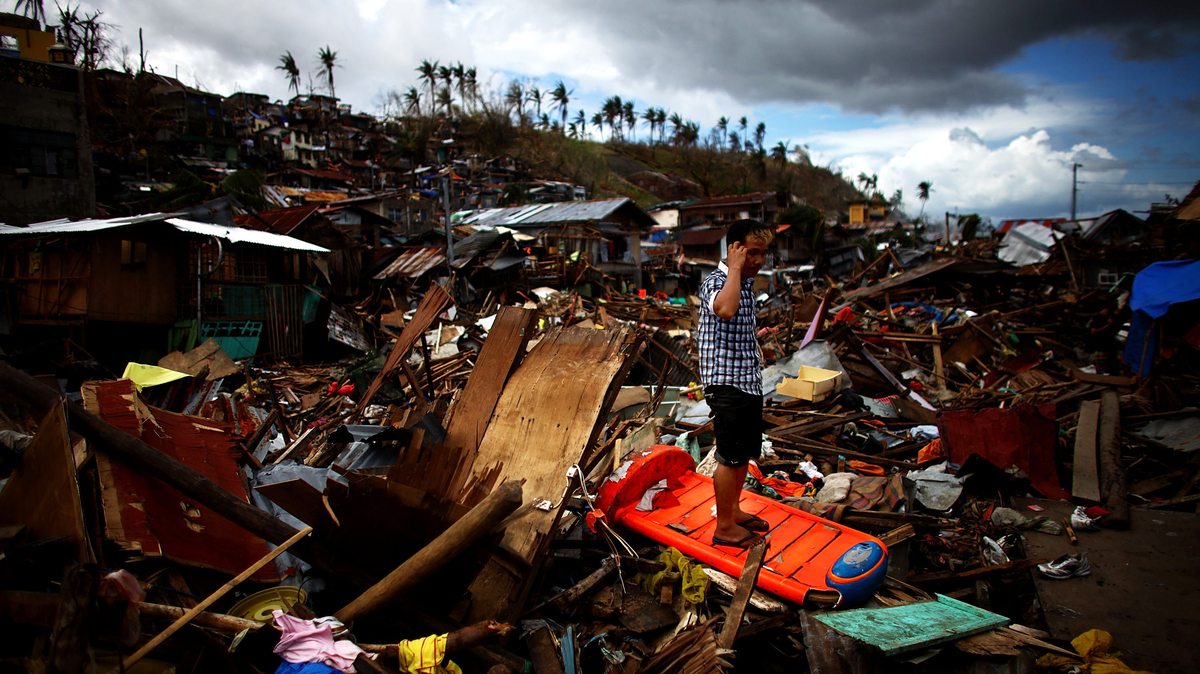 The wreckage in Tacloban, Philippines, on Nov. 16 was overwhelming, after Typhoon Haiyan plowed through.

The physical damage from Typhoon Haiyan in the Philippines is catastrophic. Hundreds of thousands of people are now homeless.

Soon, though, people will start to rebuild, as they have after similar natural disasters.

How they do it, and where, is increasingly important in places like the Philippines. The island nation lies in a sort of "typhoon alley," and with climate change and rising sea levels, there are more storms in store.

Sociologist Kathleen Tierney knows about disasters; she runs the Natural Hazards Center at the University of Colorado. She says for too long, people have followed the same pattern after a disaster.

"Inevitably ... there is this huge push to restore things, to put things back the way they were," she says. " 'Let's get back to business, let's get people back in their homes,' etc."

We want to look at the post-disaster environment as an opportunity not only to build safe houses, but to create change, as it's likely the region is going to experience similar disasters in the future.

Should people instead retreat from the coast? Some did just that in Sri Lanka after the 2004 tsunami that killed 230,000 people around the Indian Ocean. "There was an effort to move settlements away from the shore," says Tierney, "but the issue here is that people make their livelihood from the sea."

Fishing, shipping, tourism — and just wanting to be near the ocean — keep coastal populations in harm's way. And it's a worldwide trend. "Starting in 2007, most people in the world lived in cities, and most cities are located by coasts," says Steven Cohen, executive director of the Earth Institute at Columbia University. Climate change and sea level rise may be looming, he says, but right now the human and financial costs of natural disasters have more to do with where people choose to live — or where they refuse to leave.

Take New York after Sandy, says Cohen. "Is everybody in Manhattan going to move to the Catskills? I don't think so," he says. "I mean, we have trillions of dollars of investment in infrastructure in the places that exist now."

Tierney and Cohen suggest that's true for developing countries too. So if people are going to keep living in the footprint of hurricanes, tsunamis and flooding, what's to be done? "In any community on the coast," explains Tierney, "there are going to be places that are relatively safe, and places that are really quite dangerous in the event of inundation." Tierney says scientists, land use planners, governments and business leaders need to figure out where those dangerous places are.

Catholics In Philippines Turn To Church To Cope With Typhoon

Cohen adds that people still may not leave those places. So, he says, "People need to get ready to get out more often, and we need to be able to build structures that can survive more intense, more frequent storms."

And there are people who do just that. "Every summer in high school and college I worked for my dad as a bricklayer," says Elizabeth Hausler Strand, who is now a civil engineer and CEO of Build Change. Her organization rebuilt parts of Haiti after the earthquake there, and did the same in Indonesia after the 2004 tsunami.

Her philosophy is that every disaster is a chance to better prepare for the next one. "We want to look at the post-disaster environment as an opportunity not only to build safe houses, but to create change, as it's likely that the region is going to experience similar disasters in the future."

Hausler Strand teaches local engineers to put concrete around walls — like a big rubber band — to make homes sturdier, and to tie down roofs so they won't blow away. She emphasizes that temporary housing for disaster victims, however — the kind meant to last two or three years — isn't necessarily a good idea. "It takes away the resources, the time and materials and the money that could be spent on a more permanent solution," she says. Moreover, those houses usually become permanent for many people.

She says the most important thing is to get homeowners to be partners in rebuilding from Day 1, and make sure they use local materials and labor — so the community will buy into the idea of more resilient building.

Hausler Strand's nonprofit organization is planning to take its rebuilding philosophy to the Philippines in the next few months.