Accessibility links
50 Years After Assassination, Kennedy Books Offer New Analysis Publishers have flooded the market with books — both new and reprinted — about JFK this fall. Some hazard conspiracy theories or point out the failings of the Warren Commission. Others avoid the subject of the assassination, focusing on JFK's character and legacy. And one includes all 486 frames of the famous Zapruder film, published in their entirety for the first time. 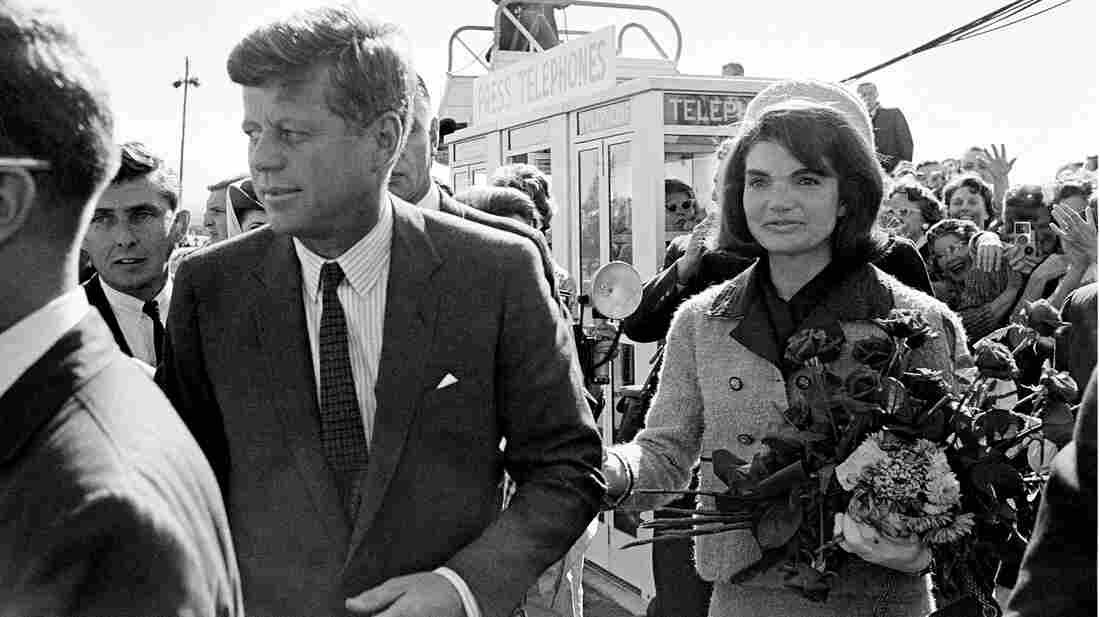 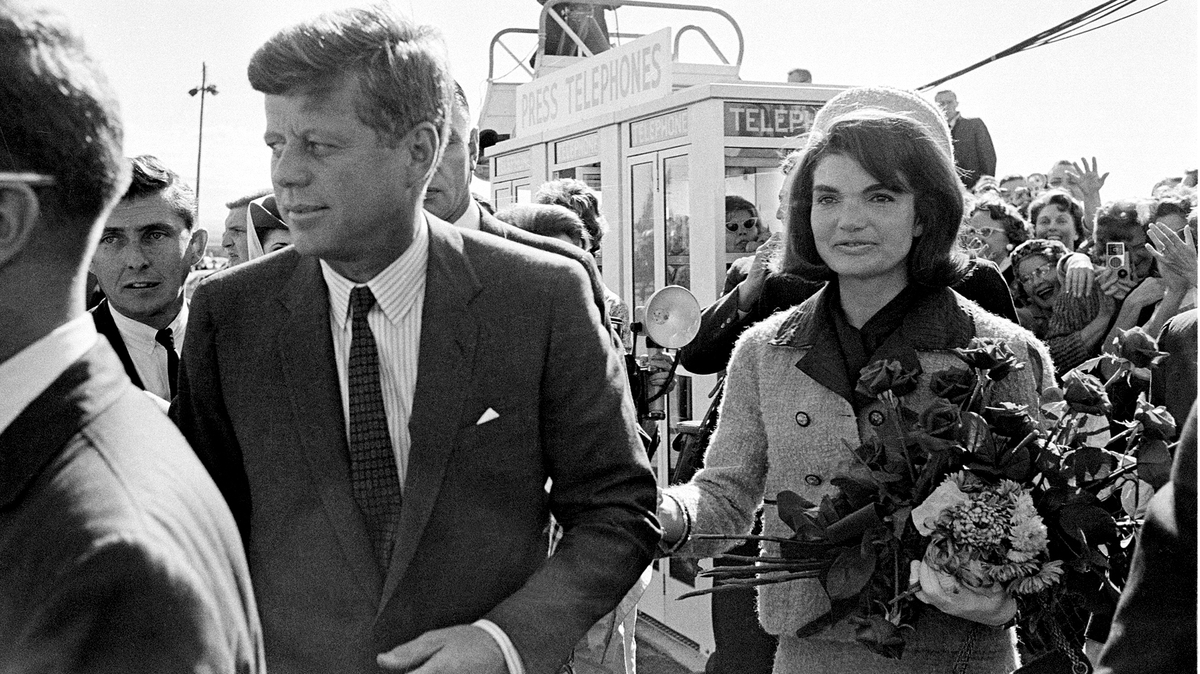 President John F. Kennedy and his wife, Jacqueline, are greeted by an enthusiastic crowd upon their arrival at Dallas Love Field on Nov. 22, 1963.

In the 50 years since the assassination of President John F. Kennedy, the public has never tired of books about the charismatic young president and his tragic death.

This year, the market has been particularly flooded with Kennedy books — from glossy photograph collections to serious biographies and histories to a new round of books devoted to conspiracy theories.

There were already thousands of books about Kennedy before this 50th anniversary year, but Tony Lyons of Skyhorse Publishing believes there is always room for more. His company is releasing 25 Kennedy books this fall: eight new ones and 17 reprints.

"I think that this is the biggest story probably in U.S. history," Lyons says.

Lyons firmly believes that Lee Harvey Oswald did not act alone. Most of the books he is publishing point the finger at an assortment of conspiracies: the CIA, Vice President Lyndon B. Johnson, the Mafia — even Kennedy's own father, Joseph Kennedy, is blamed for the assassination. One book Lyons expects will sell well is a primer on conspiracy theories by Jesse Ventura.

"I think many of these books are a piece of the puzzle, and that's why it's such a fascinating story," Lyons says. "So each issue is covered by a separate book. Some of them have similar points of view, but I think people ought to feel that this is a story they should really want to get to the bottom of in their own mind — and that they should want to read a dozen or two dozen books on it."

How Texas Changed, And Changed The Nation, Since JFK

But freelance writer Lenny Picker says many people who read a book about the Kennedy assassination have already made up their mind about it.

"People have a predisposition one way or another, which means that people are unlikely to pick up a book if they know from the outset that it is a vigorous defense of the Warren Commission or it's something that, in its title, says ... LBJ did it," Picker says.

Picker has written about the new Kennedy books for Publishers Weekly and cites three that he thinks may have a lasting impact. One is Dallas 1963, which describes the dangerous anti-Kennedy atmosphere in that city at the time of the assassination. The other two are Philip Shenon's A Cruel and Shocking Act and Anthony Summers' Not in Your Lifetime, an updated version of his earlier book. Both focus on weaknesses and omissions in the investigation by the Warren Commission. Picker says if you read only one, he'd recommend Summers' book.

"Without coming into it with a preconception, he looks at all the points," Picker says. "So he's not taking an extreme position, and I think it would be very difficult for someone reading this with an open mind to ... come away from it and not think he raised some very troubling issues and questions that we still don't have the answers for."

For those who want to go directly to the source, Life Books has printed all 486 frames of the famous Zapruder film of the assassination, for the first time, in its 50th anniversary collection, The Day Kennedy Died. Fifty years ago, Life magazine did not print the frame that showed the fatal shot, and Managing Editor Robert Sullivan says that spawned numerous conspiracy theories.

"We print all of the 400-plus images now, from the 26-second film, in sequences, not least because it's the authoritative film," he says. "It won't put to rest anything, but if you do want to see what happened, this is it."

Books In This Story

The Life book also includes iconic photos of the Kennedys. Sullivan says this book is really focused on the assassination and its aftermath, but they still wanted to show some of the images that Life made famous over the years, starting when John Kennedy and his siblings were still kids living with their parents in Britain.

"We had the prelude chapter ... because, really, they were famous when Joe was the ambassador to Britain," says Sullivan. "And the Kennedys were rock stars over there, the kids, and they looked terrific. It was right out of Gatsby. So we had all that, but we had to temper it, but we thought that it helped people to understand who and what Jack was."

Books that explore President Kennedy's life and legacy make up another big segment of anniversary publications.

"You can look in the index of my book and Oswald does not appear," says Thurston Clarke, author of JFK's Last Hundred Days. Clarke presents an optimistic view of Kennedy as a man and a leader who was changing in the days before his death and who was, perhaps, poised for greatness. He says Kennedy was a secretive man who compartmentalized his life.

Clarke wanted look into all those compartments, "and look at him through every prism and try to integrate the public Kennedy, the private Kennedy, the political Kennedy, the president, into one portrait that would solve what I consider the great mystery of Kennedy — which is not who shot him, but who he was when he was shot and where he intended to lead us."

Of course, no one really can answer that question — so the myth and mystery of Kennedy will remain with us, inspiring, no doubt, an endless number of books about a slain leader who continues to fascinate.