Accessibility links
'You Just Get Used To It': An LA Commuter's Diary About 10 percent of working Americans carpool to work. For two years, Neville Amaria was one of them. He spent two to three hours a day in the car with as many as four co-workers squeezed in alongside him. Now his office has moved closer to home. Here's an audio diary from the last morning of his carpool. 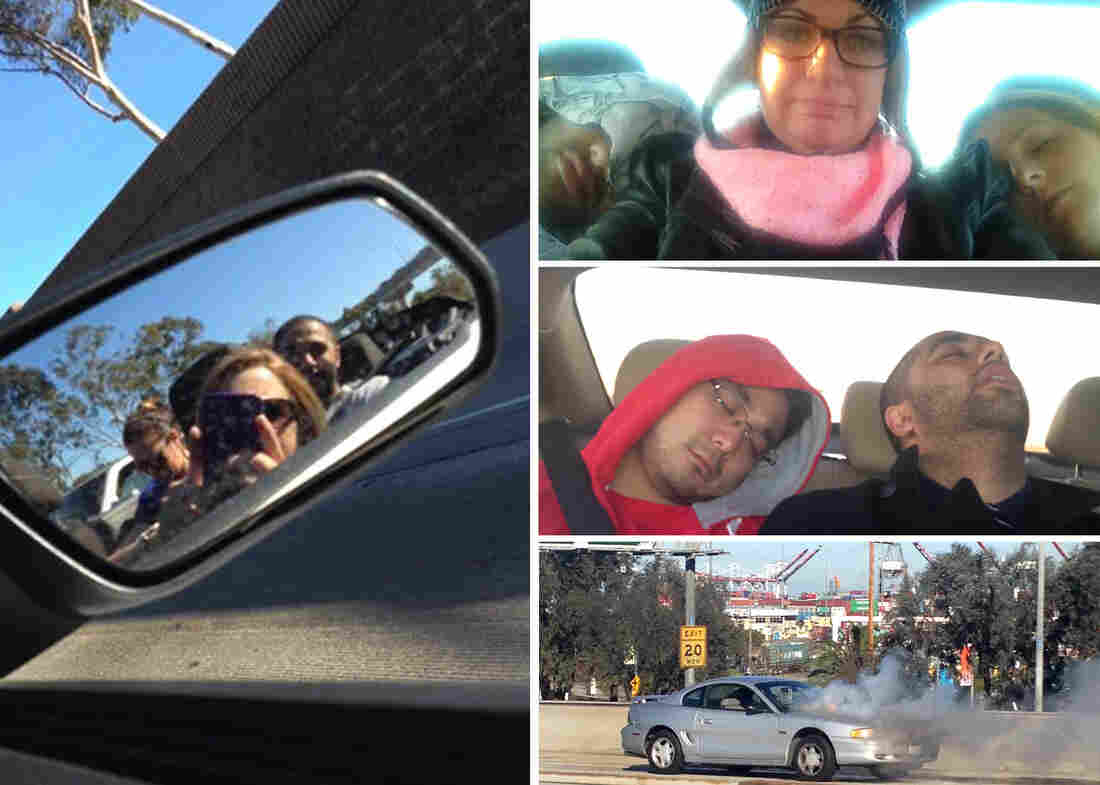 Neville Amaria's commute to work used to take up to 1.5 hours each way. He carpooled with colleagues including Stefanie McNally, Cristina Cooper and Bryan Kim. The gang passed the time by sleeping and snapping photos of unlucky commuters. Courtesy of Cristina Cooper hide caption

For two years, Neville Amaria carpooled to his office in Los Angeles. That puts him in the same category as about 10 percent of American workers, who drive or ride to work in a car with two or more passengers.

Even still, Amaria's carpool stood out for its extremes. His mega-commute lasted two to three hours, round trip. And he did it with up to four co-workers squeezed into the car with him — most carpoolers only ride with one other passenger.

"I guess after a couple months you just get used to it," Amaria says. "You get used to getting home late, going to the gym late, eating late and sleeping late. And doing the same thing over and over again."

Through a stroke of luck, that mega-commute ended recently when Amaria's workplace relocated. Now his office is closer to home, and his carpool group has disbanded.

We asked Amaria to use his smartphone to record an audio diary on the last morning of his carpool, with co-workers Cristina Cooper, Bryan Kim and Brian Morrison.