Accessibility links
'Great Beauty,' 'Narco Cultura': Excess, Succeeding Wildly Critic John Powers says Italy's submission for the best foreign language film Oscar and a documentary about the Mexican drug war got him thinking about a William Blake proverb: "The road of excess leads to the palace of wisdom." 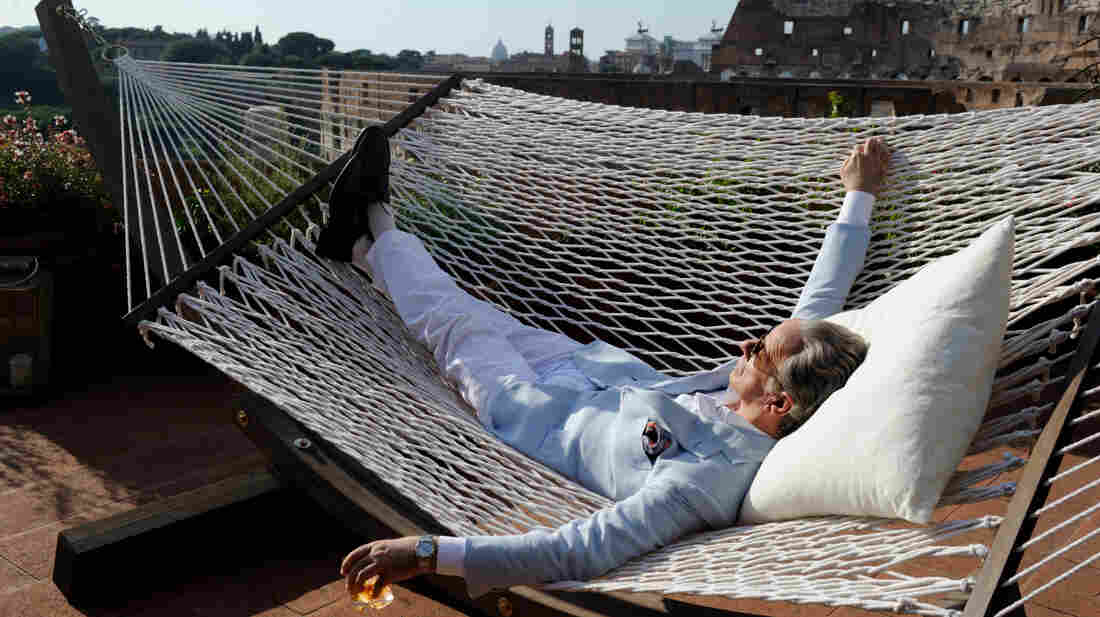 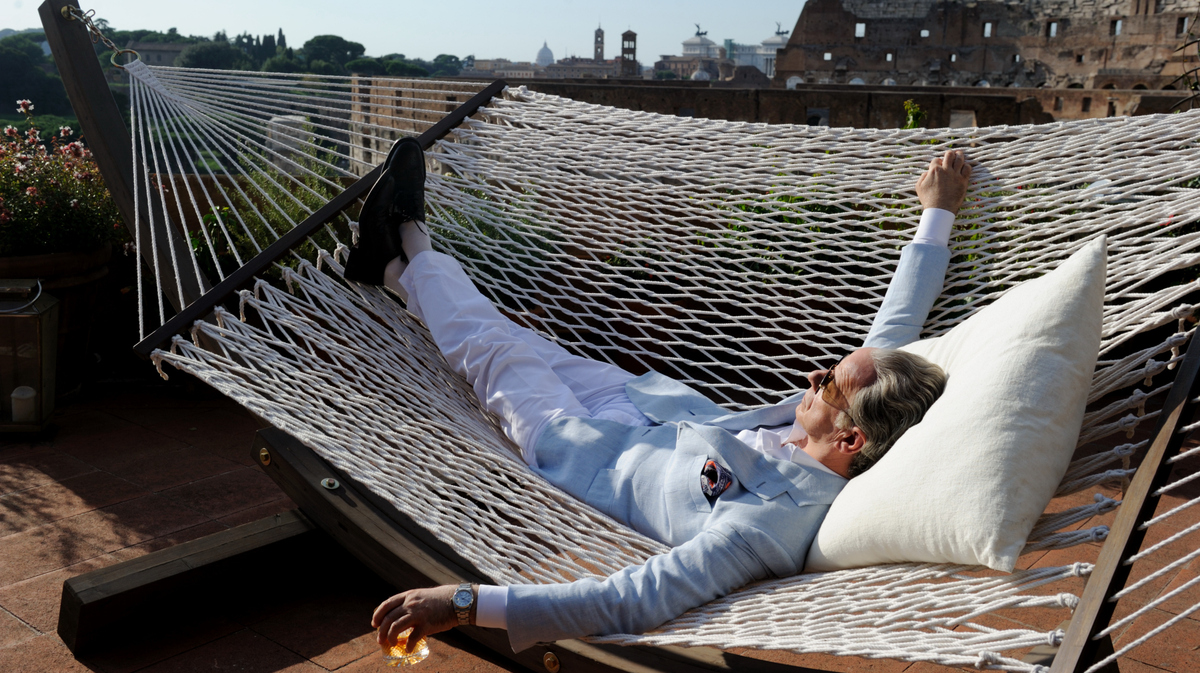 In The Marriage of Heaven and Hell, William Blake served up one of those mind-bending proverbs he's known for: "The road of excess leads," he wrote, "to the palace of wisdom." I thought about this line as I watched two terrific new movies that put Blake's words to the test.

Paolo Sorrentino's thrillingly good The Great Beauty tackles the idea head-on — it's an excessive film about excess. Sorrentino doesn't merely aim to update one of the most famous movies of all time (Fellini's portrait of decadent Rome, La Dolce Vita). He intends to better it.

A Rome Portrait, And What A 'Great Beauty'!

When we first meet the narrator-hero, Jep Gambardella, he's hosting a party in his apartment overlooking the Coliseum. It's a techno-thumping bacchanalia so hallucinatory it's assaultive. Brilliantly played by the great, serpent-eyed actor Toni Servillo, Jep is a witty, jaded journalist who spends his time observing, hanging out with and occasionally bedding Rome's vulgar, deeply corrupted elite: rich businessmen and their neurotic wives, phony performance artists and curdled aristocrats.

Yet even as he haunts fashionable circles, Jep is haunted by what he's lost: the fire that burned inside him as a young novelist not yet tainted by la dolce vita, the good life. Hoping to rekindle it, he wanders Rome, encountering everyone from a soulful stripper to a genius little-girl painter to a celebrated old nun whose life is as self-denying as Jep's is pleasurable.

At first, The Great Beauty plays like an enjoyably exuberant satire of modern Rome. Yet slowly, grandeur starts shining through the decadence. Sorrentino offers the most ravishing footage of Rome I've ever seen — he seems to have had free run of every park and palazzo — and the city's glory puts into perspective the shallowness within it. Scenes that start off satirical, like the one with the nun, wind up containing a vision of transcendence. By film's end, the road of excess has led Jep to a vision of life's great beauty and perhaps his own spiritual resurrection.

Now, it would be easy to write off Jep's whole story as a case of "first-world problems." I wouldn't; the movie's about more than that. Still, Jep's troubles do seem mighty well-upholstered next to the raw wounds in Narco Cultura, a disturbing vérité documentary about the Mexican drug war. It was made by Shaul Schwarz, an Israeli war photographer who spent several years chronicling the drug war's devastation. 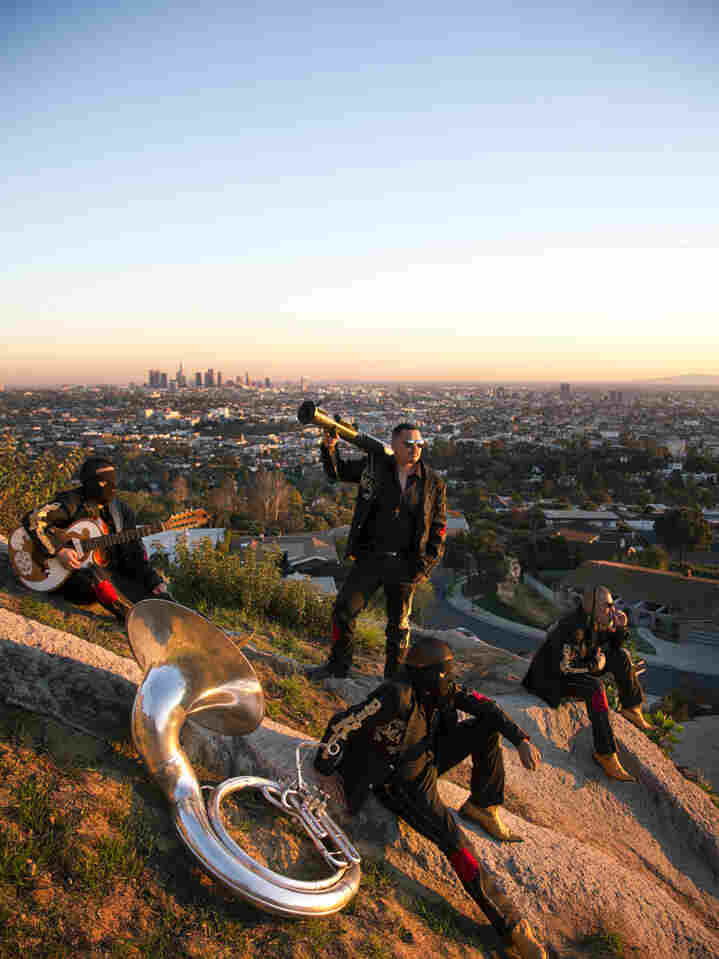 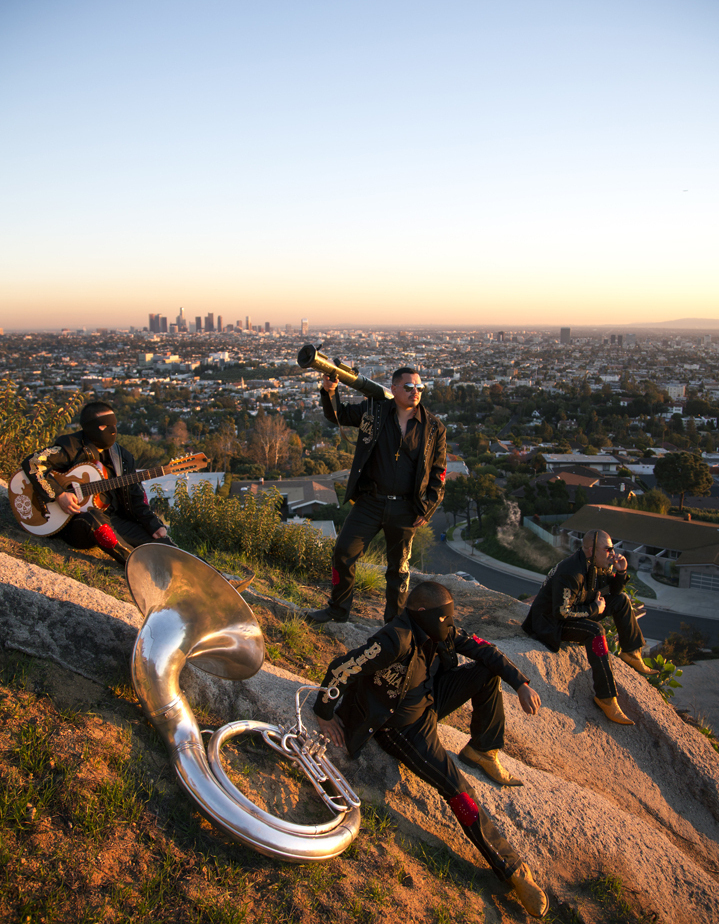 Narco Cultura follows the LA-based narcocorrido band Los Bukanas de Caliacan as they sell out nightclubs in both the U.S. and Mexico.

Narco Cultura takes us inside — and juxtaposes — two very different cultures. The first is Ciudad Juárez, Mexico. Schwarz shows what it means for a city to be the murder capital of the world, with a murder rate 30 times higher than that of Los Angeles. We see body parts on the streets, blood washed into gutters, the victims' terrified neighbors.

And we follow Richi Soto, an honest CSI cop whose job it is to try to solve all these murders — a job he must conduct wearing a mask, because so many of his colleagues are getting murdered.

Meanwhile, in the safety of LA, we meet Edgar Quintero, an amiable musician and doting father whose songs are part of the narcocorrido boom, a movement devoted to glorifying drug lords and celebrating the melodramatic glamor of the drug-dealing life.

Many of these songs are commissioned by the gangsters themselves, but it's bigger than that. Like a jauntier, more brutal gangsta rap, Quintero's songs pack nightclubs across America and Mexico with young folks singing merrily along to bouncy tunes about AK-47s and beheadings.

At first, I feared that Schwarz was doing something worthy but obvious: showing how narcocorrido songs and movies make people rich by falsifying the horrific reality of the drug biz. But gradually you realize that things aren't so simple.

Sure, narcocorrido culture turns drug violence into a show, but there's also something merely theatrical about what the cops in Juárez are doing, too. Soto is an honorable man, but he and other local police don't really investigate 97 percent of the murders — to even talk about them would get them killed.

Small wonder that so many powerless young Mexicans and Mexican-Americans don't trust the system, but get seduced by narcoculture's vision of wealth and power and impunity. Heck, even when they're killed, drug lords get to dwell in self-aggrandizing tombs protected by bulletproof glass.

If The Great Beauty ends with ecstatic hopes of rebirth, Narco Cultura ends in futility and despair. Forget about palaces of wisdom. In this world, the road of excess leads straight to the cemetery.