Accessibility links
What I Saw: A Photographer's Last Dispatch From The Philippines NPR photographer David Gilkey has photographed in extreme situations — from the surge in Afghanistan, to bombings in Gaza, to the tsunami in Japan, but nothing could have prepared him for what he saw in the village of Barangay 68 in Tacloban City, Philippines.

NPR photographer David Gilkey has photographed in extreme situations — from the surge in Afghanistan, to bombings in Gaza, to the tsunami in Japan, but he was shocked at what he saw in the village of Barangay 68 in Tacloban City, Philippines. 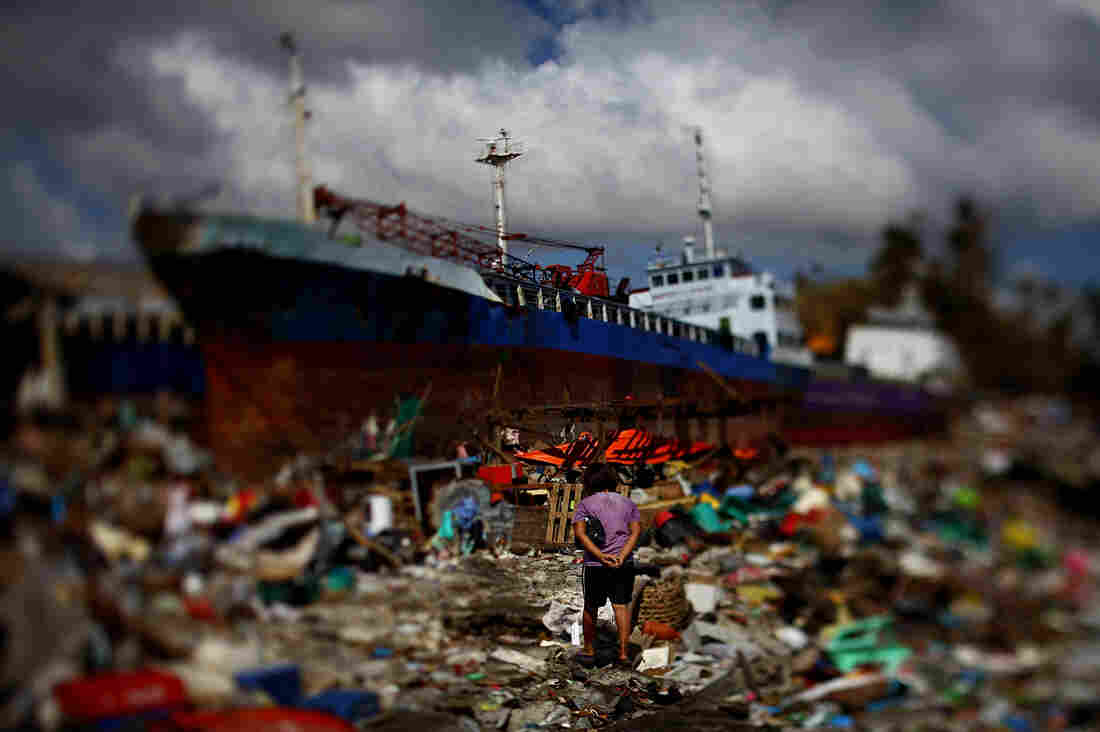 Nothing could have prepared me for what I was going to find when I arrived.

"Barangay," loosely translated, means a neighborhood or village and Barangay 68 is just one of the tiny hamlets that make up greater Tacloban City in the central Philippines. The village was devastated by Typhoon Haiyan. 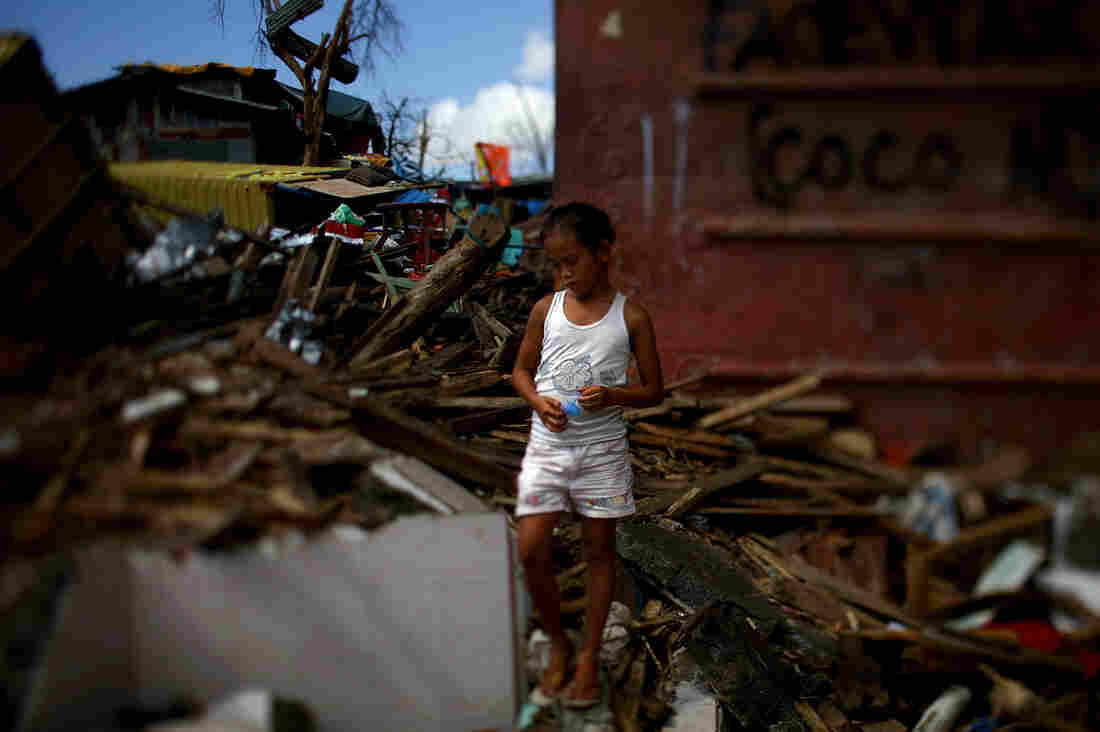 A wall of debris blocked the streets. I made my way through caverns of shattered timber and when I reached the top of the debris pile the scene was mind-numbing. Ships were strewn across the hillside. Containers resting in piles of timber looked like spilled matchboxes. The only uncluttered space was the bay and the water falling away in the distance. 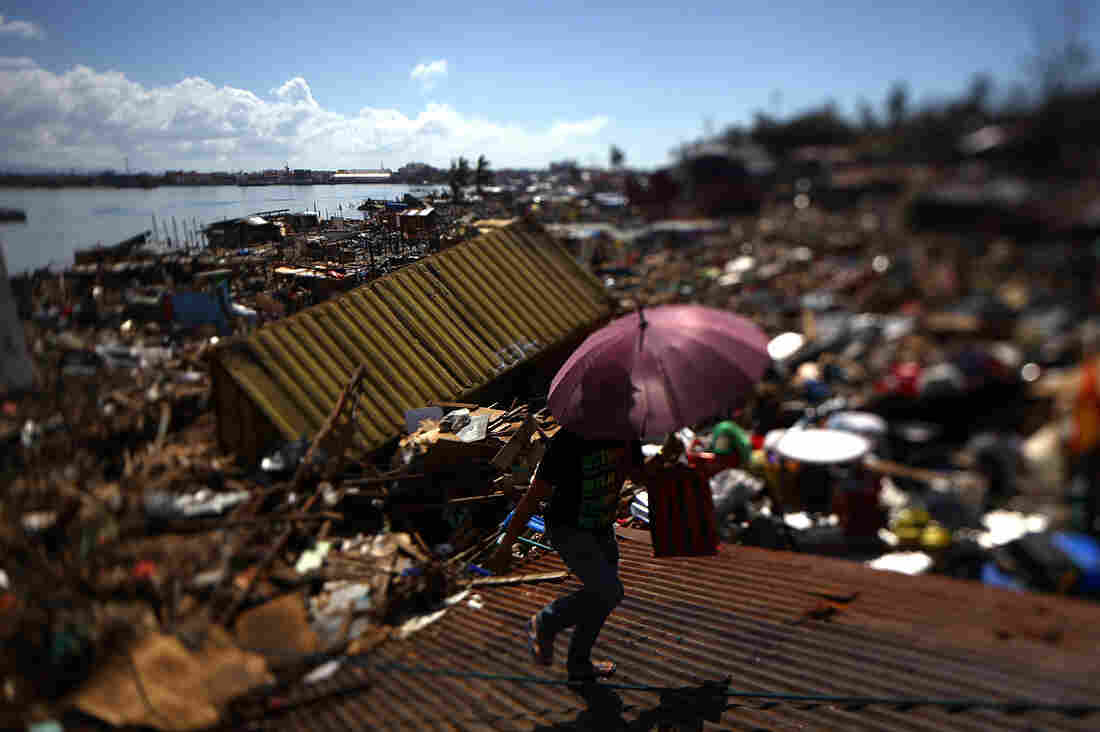 At first glance, there were no signs of life. You know many have died here and that their bodies are somewhere close. There was a heavy, unmistakable smell of death. 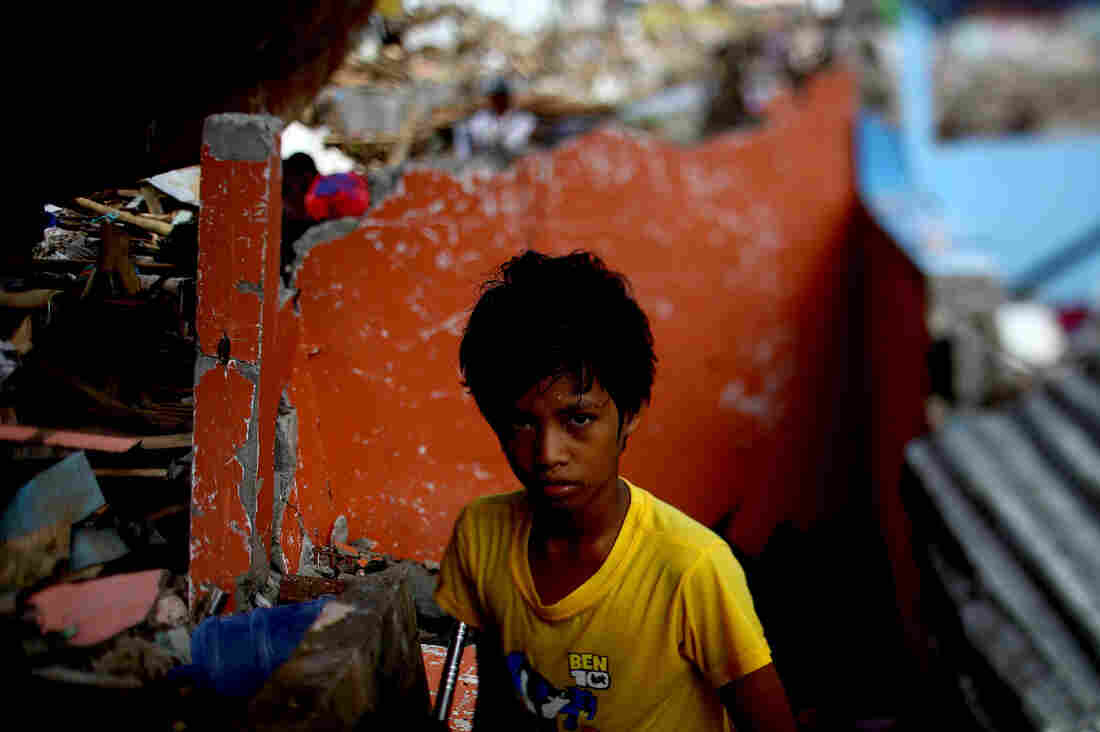 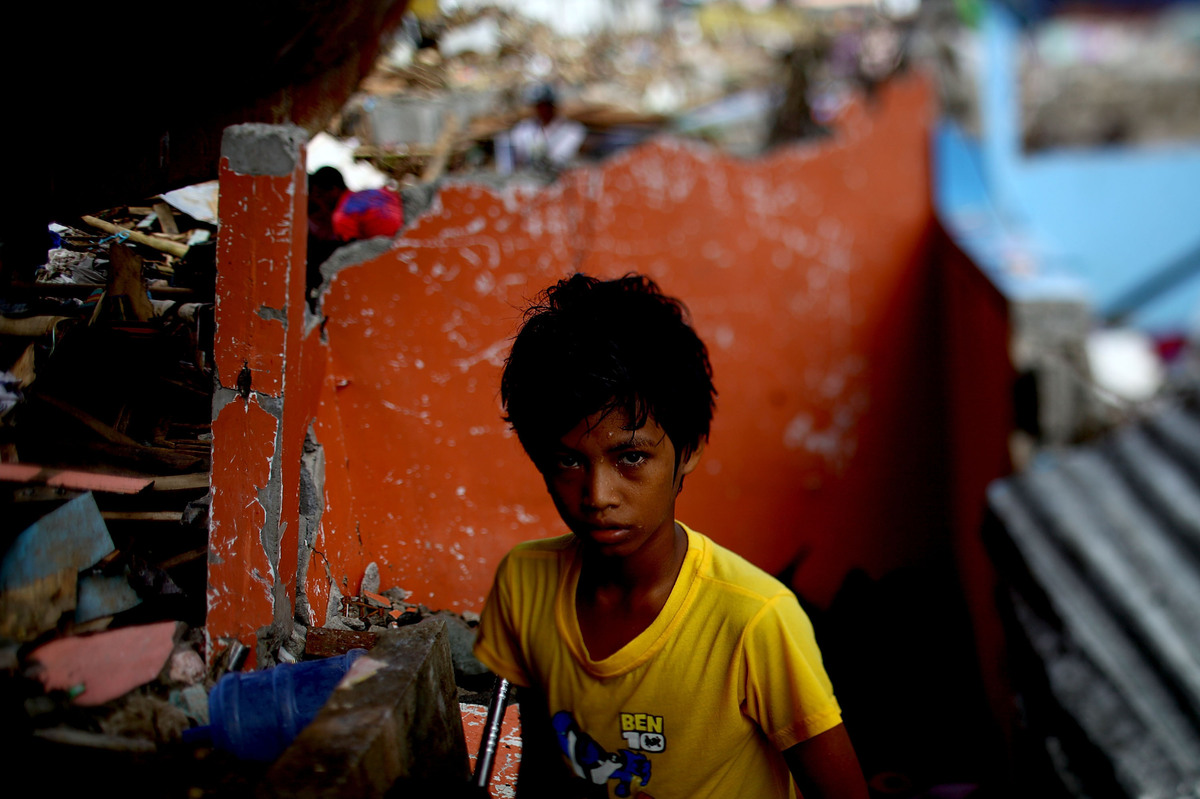 So, as a photographer, you start looking for signs of life. I climbed across the torn sheet metal and wood full of rusty nails looking for the people who had been left behind. 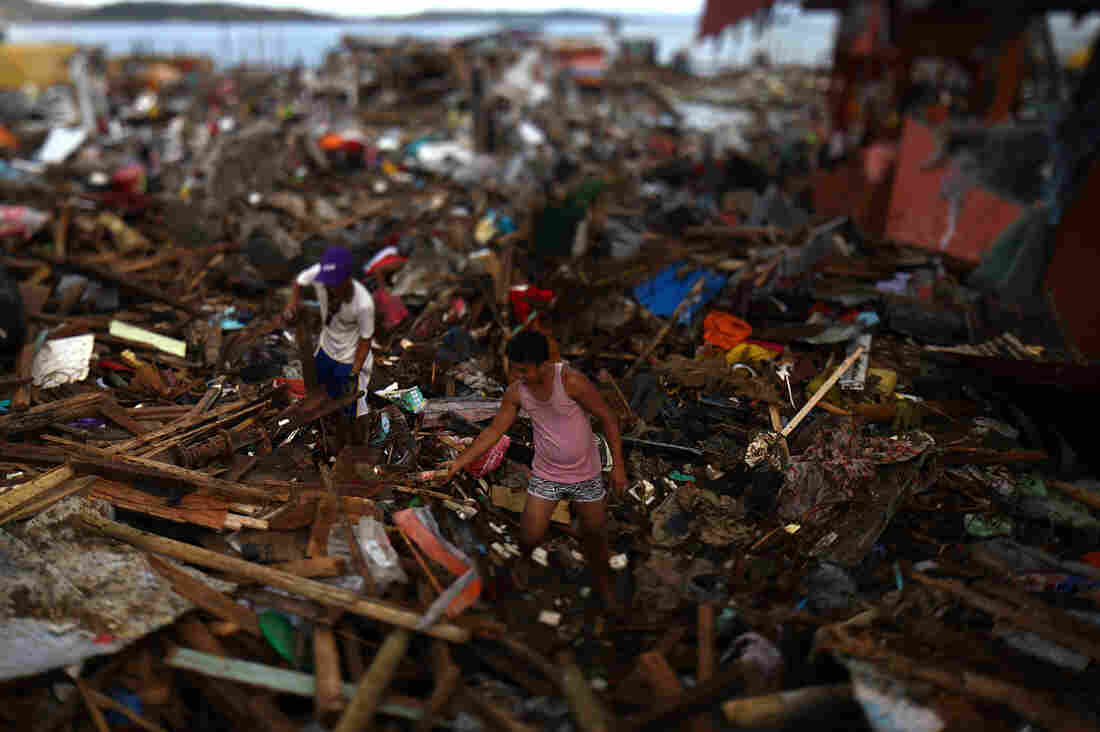 It's usually not what you see first, but what you hear. The sounds of hammers echo from every corner of the rubble. It's the sound of fathers trying to construct tiny shelters that they will call home. Then you hear the cries of children as their mothers wash them in the heat of the day. 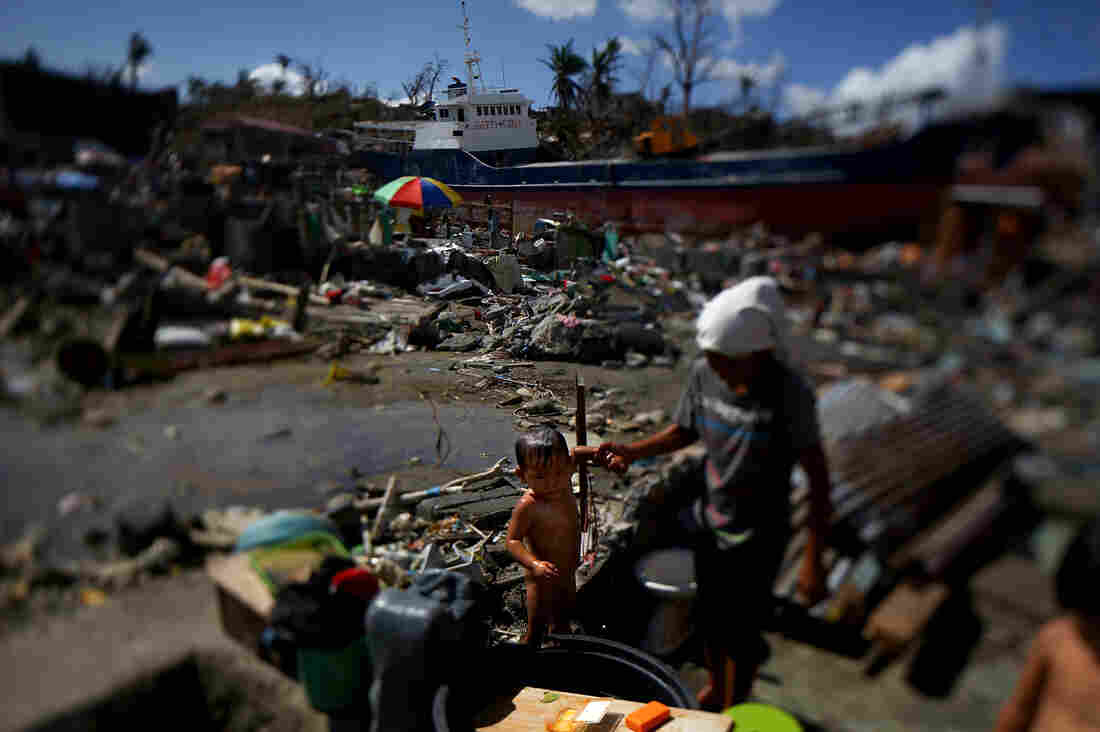 Life in Barangay 68 has been reduced to the bare necessities — food, shelter and water. It is difficult to imagine how it is possible to survive in such a place, but the villagers have nowhere else to go. So they return and make do with what is left. 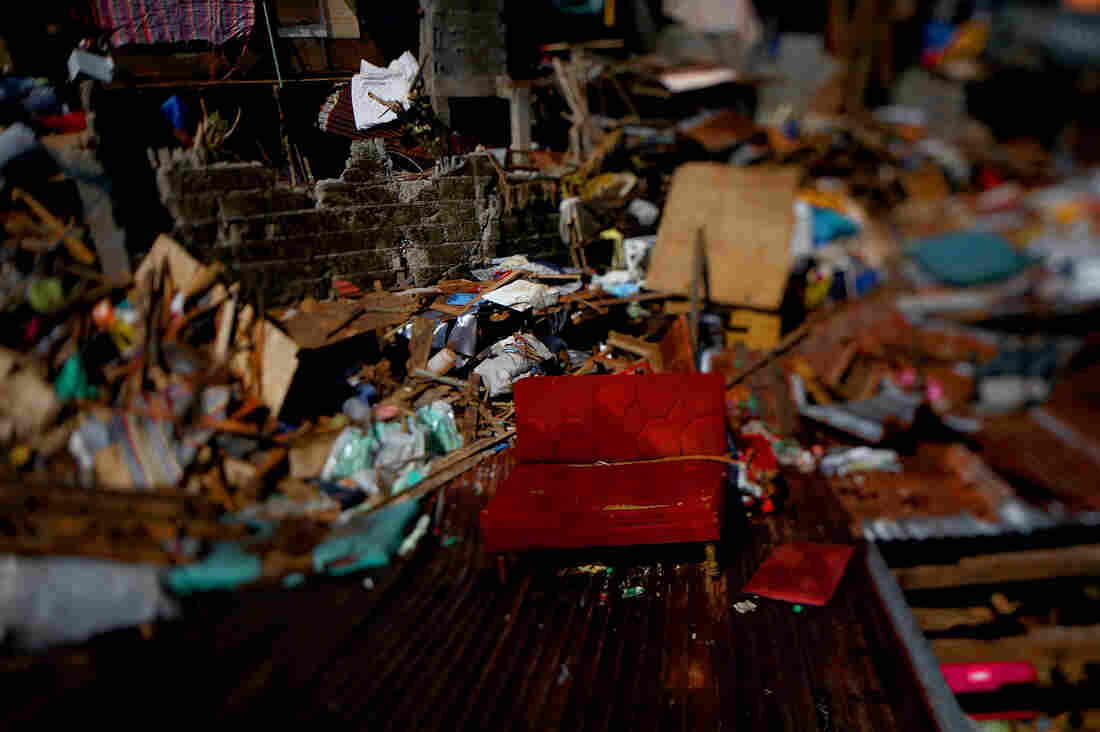 And amidst a collage of wreckage, despite all odds, there is hope in the eyes of the victims that things will get better. The will to survive prevails over what seems to be the impossible.

Already, they have started to rebuild. 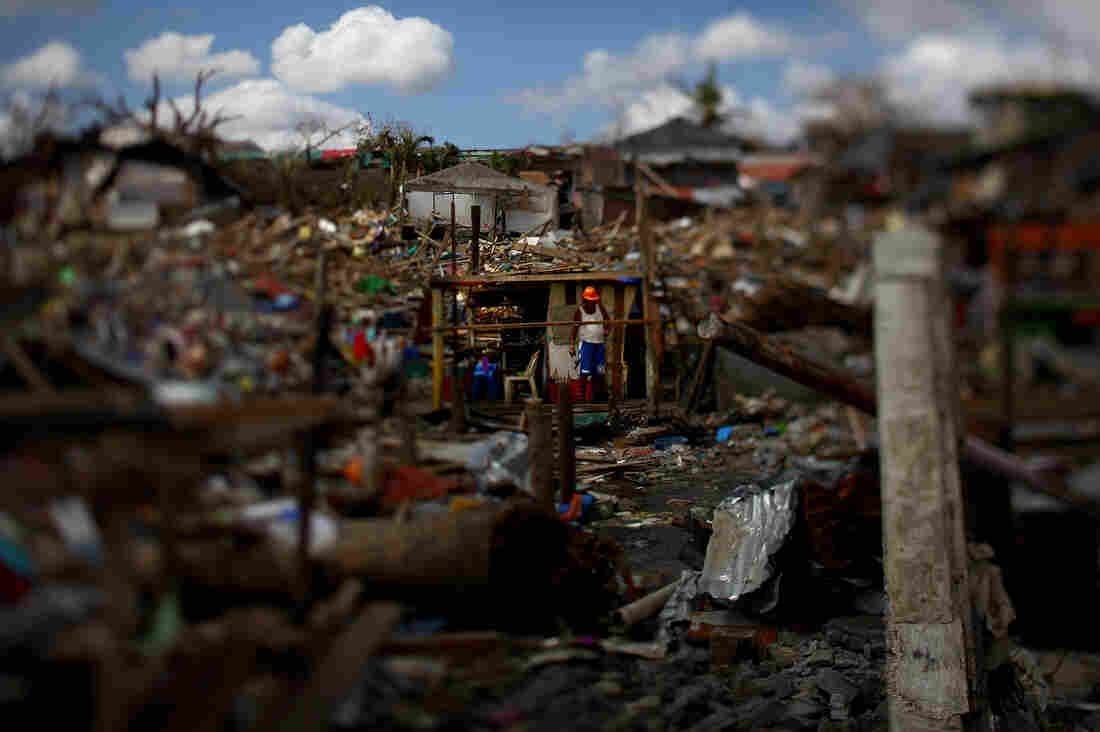