Accessibility links
Random Questions With: R.L. Stine The celebrated horror author of the Goosebumps and Fear Street series recounts his origins as a humor writer and his "controversial" thoughts on things that go "bump" in the night. 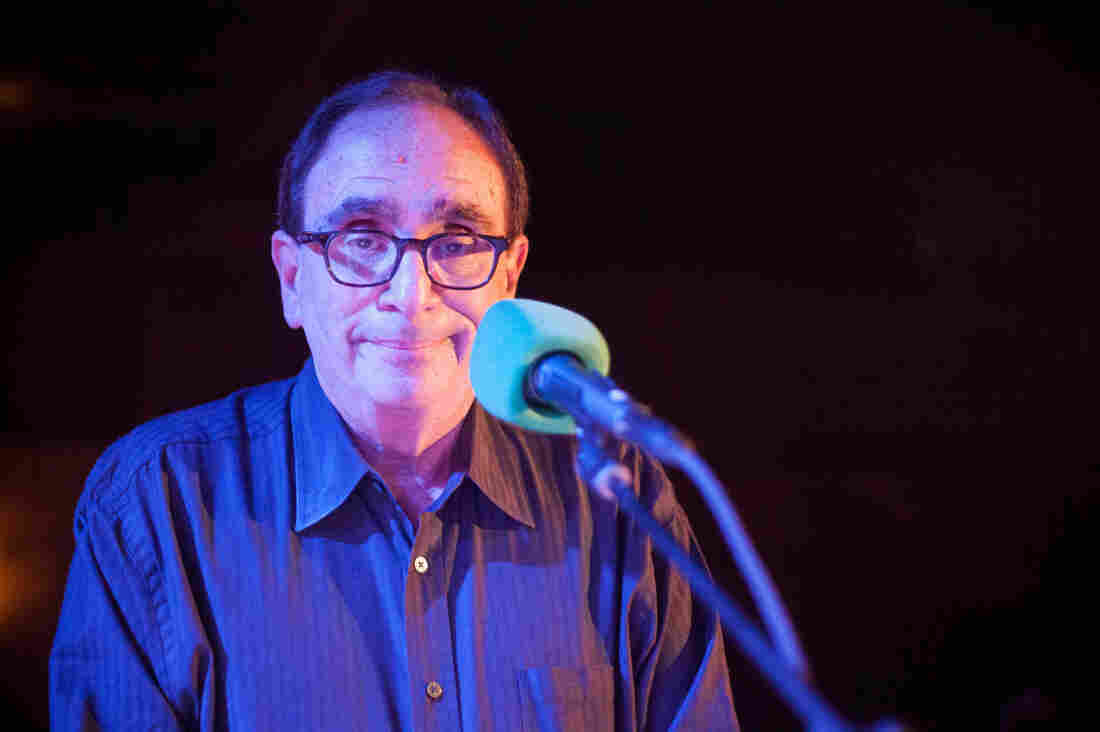 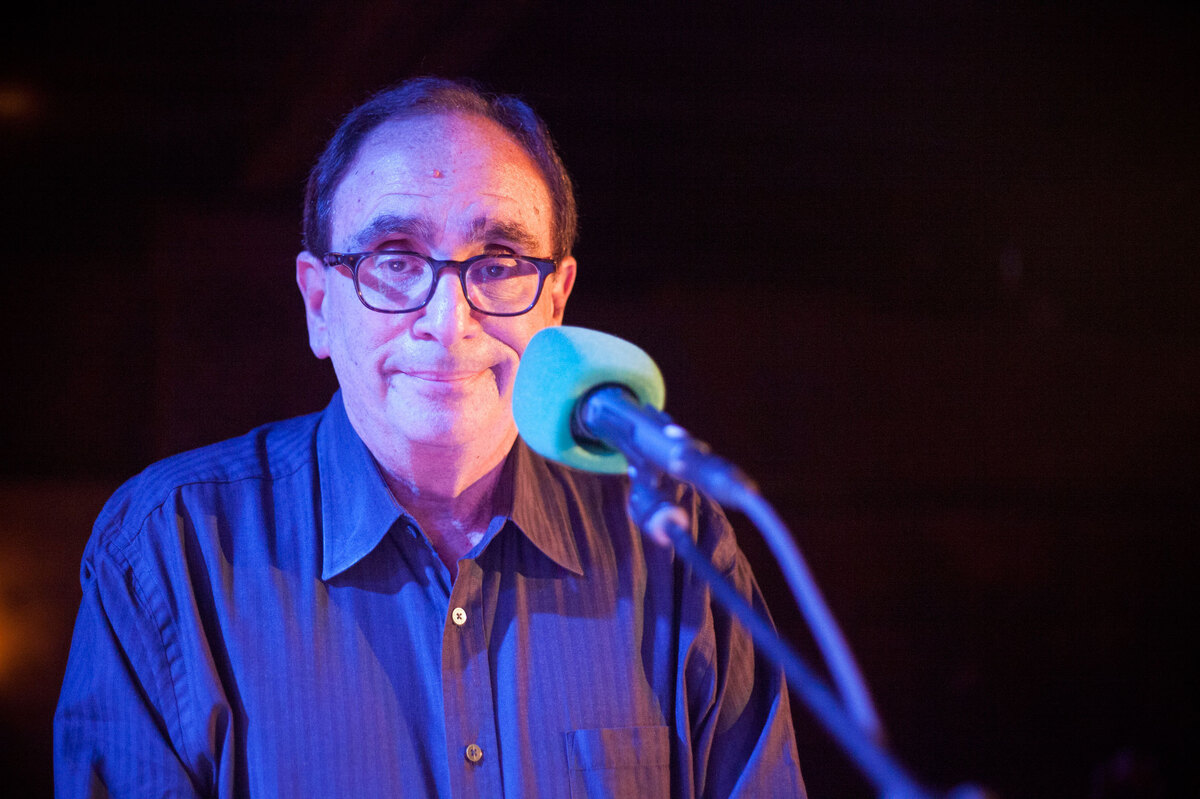 R.L. Stine: This man wants to terrify your children.

It was a horrible shock to me...I realized I'm nostalgia!

If you're a person of a certain age, R.L. Stine probably scared or delighted you with his Goosebumps and Fear Street series. (And you'll be happy to hear Stine recently announced a Fear Street reboot.) But the man who declares "terrify[ing] kids" as his job description actually started out as a humor writer — and his "jovial" nature remains intact. And he's full of other fun facts: he was the co-creator and head writer of the '90s Nickelodeon TV series "Eureeka's Castle," and nobody calls him "R.L." It's "Bob."

Games That Go 'Goosebumps' In The Night

Stine joined Ask Me Another host Ophira Eisenberg to talk about his early joke-writing days, and how he made the leap to writing horror books for teenagers, starting with 1986's Blind Date. Then, in 1992, he began the Goosebumps series, quickly becoming one of the highest-selling children's authors of all time, with estimated sales of over 400 million. At one point, he was writing one book every month, all of which he typed out using only the index finger on his left hand. "Look," he said, displaying it proudly to the audience at The Bell House, in Brooklyn, NY, "It's ruined. Totally bent."

We wanted to know if the man who makes his living petrifying children could guess what frightens Ask Me Another listeners most. So later in the show we put him to the test in a game called, "What's Scarier?," based on an audience poll. (Sample question: a needle drawing blood, or a paper cut on your eyeball?) Maybe we even gave Stine some ideas for new horrors to include in his books. 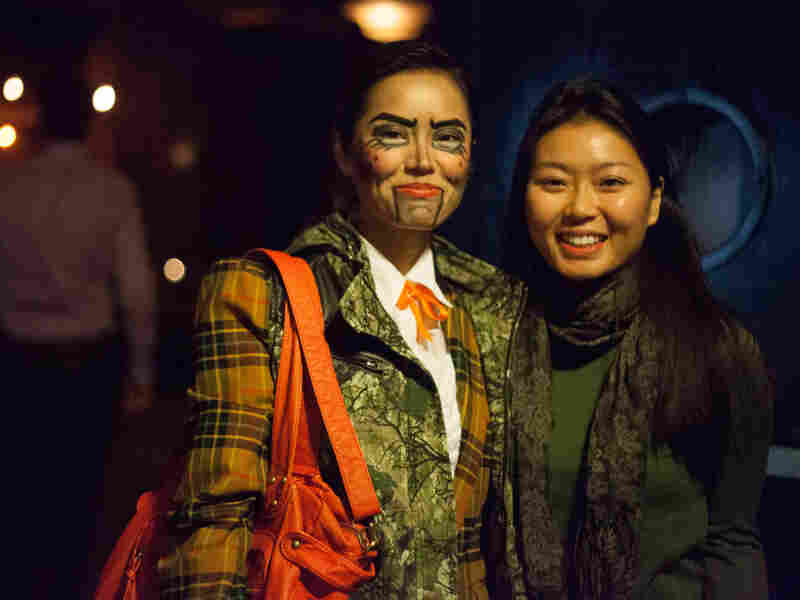 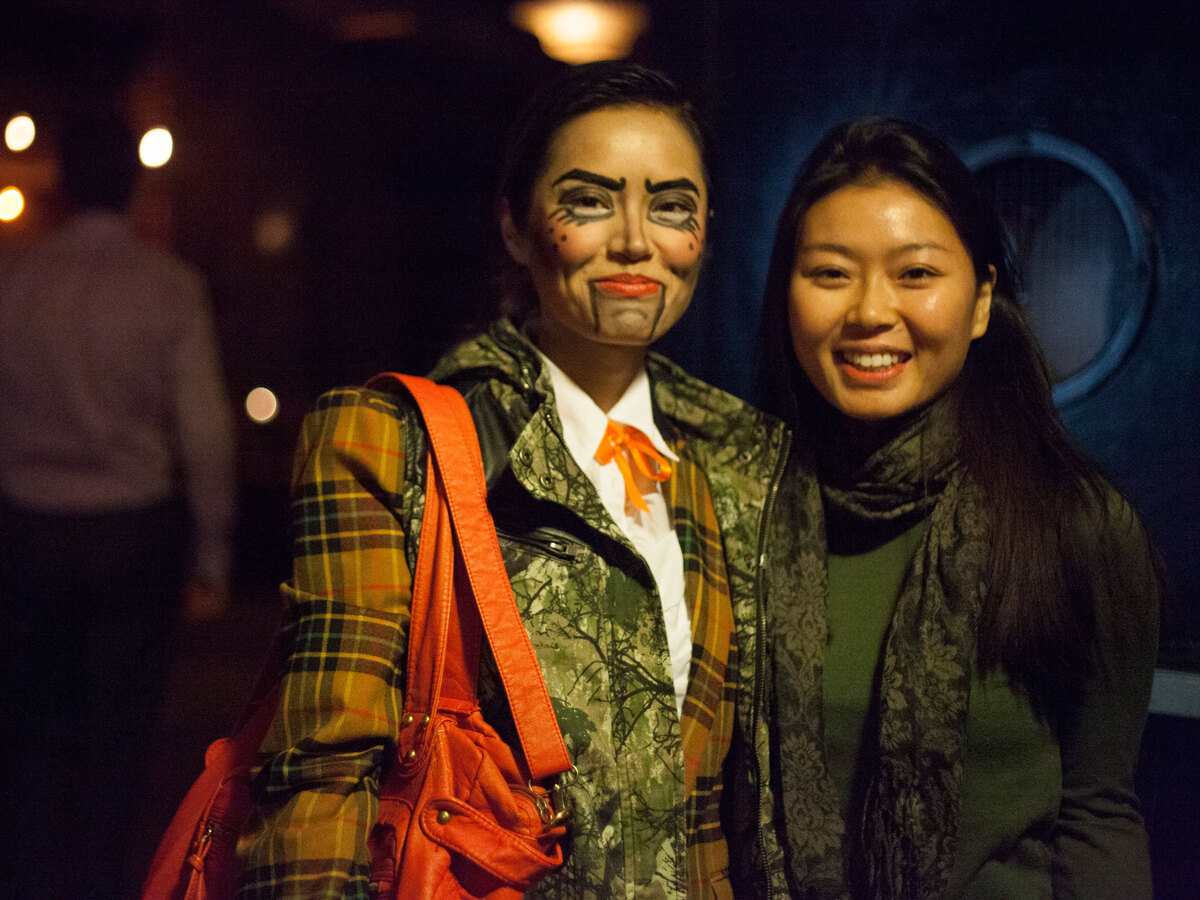 Dedicated fans: One Goosebumps devotee came dressed as one of the series' recurring characters, Slappy the Dummy.

On his early horror influences

When I was a kid there were these amazing comic books, Tales From The Crypt and the Vault of Horror. They were gruesome, bloody--I loved them. I used to read them at the barbershop. They had a big stack of them. One day, I bought a couple. I brought them home and my mother said, "Well you can't have these. This is trash. You can't bring these in the house." And so--this is true--every Saturday morning I went to get a haircut. I had less hair when I was a kid than I do now. So I could read these comic books. That is really what got me started, and those comics were a major influence on me.

On shifting from humor writing to horror writing

One day I was having lunch with an editor, a friend of mine, and she had had a big fight with somebody writing teenage horror. Who will remain nameless. Christopher Pike. And she said, "I'm not working with him again. I'll bet you could write good horror. Go home and write a novel for teenagers. Call it Blind Date." She even gave me the title. It's embarrassing! It wasn't my idea.

On his multi-generational fans

I do a book signing now, and I get seven-year-olds, 10-year-olds, 20-year olds, 30-year-olds. At first it was a horrible shock to me. I'd say, "What are you doing here? Why are you here?" And they'd say, "We loved your books when we were kids." And I realized--this is the horrifying part--I'm nostalgia.

Dandelion Wine. Not a science fiction one. It's a beautiful book. It may be the most underrated book ever, about his childhood, and growing up in the Midwest. Sort of in a fictional time, a fictional Midwest. And every page is beautiful. I read Dandelion Wine once a year, seriously, just to remember what good writing is.

On whether he believes in ghosts

I would send my wife. I'm a real avoider. I would pretend it wasn't there.

On his favorite fan letter of all time

"Dear R.L. Stine, I've read 40 of your books, and I think they're really boring." Isn't that wonderful? A perfect letter.

This segment originally aired on November 21, 2013.