Accessibility links
This Week's Must Read: 'Master of the Senate,' 'The Butter Battle Book.' With the invocation of the so-called "nuclear option," Senate Democrats moved to limit the power of the filibuster and dramatically change the nature of the institution. Many — on both sides — point to the maneuver as a sign of the system's failure. Writers Drew Toal and Kate Tuttle suggest books that might offer hope for us yet. 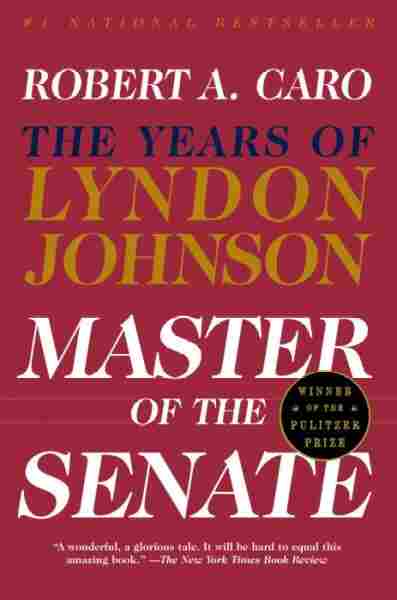 Master of the Senate

The Years of Lyndon Johnson

Title
Master of the Senate
Subtitle
The Years of Lyndon Johnson
Author
Robert A. Caro

On Thursday, the Senate passed a historic rules change. Invoking the so-called "nuclear option," Senate Democrats used a rare parliamentary procedure to limit the power of the filibuster — a key method often used by minority parties to check the majority. Now, a simple majority vote will be required to confirm presidential nominees, rather than the 60-vote super-majority once necessary to bypass the filibuster.

The arcane fine print of the institution has rarely received so much breathless coverage. You'd be forgiven for getting lost in the details. But whatever the grievances nursed by both sides of the debate, it seems clear that many agree on at least one thing: the system must be broken.

Not so fast, says Drew Toal. On All Things Considered, Toal suggests a biography of Lyndon B. Johnson to remind us that, even when arguments appear to be intractable, with the right amount of finess there's often a solution yet to be found. And below, Kate Tuttle turns to pictures, rhymes and one famous Doctor to warn of what happens when we let our worse natures get the better of us.

Master of the Senate, by Robert Caro

The system isn't really broken. I know that because I've read Master of the Senate by Robert Caro. It's the third volume of his never-ending biography of President Lyndon Johnson.

Johnson was one of the most effective legislators we've ever had. Even though the Senate in his day was just as entrenched as the one we have no, here was a Texas Democrat who bent it to his will. And did it in some unconventional ways. It was a mix of cajolery, threats, promises and pleas.

You may have to read it to believe it, but somehow Johnson managed to get the votes he needed on an important Civil Rights bill. He got them from liberals and southern conservatives.

Reading this book, you understand that in government, getting things done isn't impossible — just improbable. All we need is the right person to push it along.

Drew Toal is an NPR contributor. 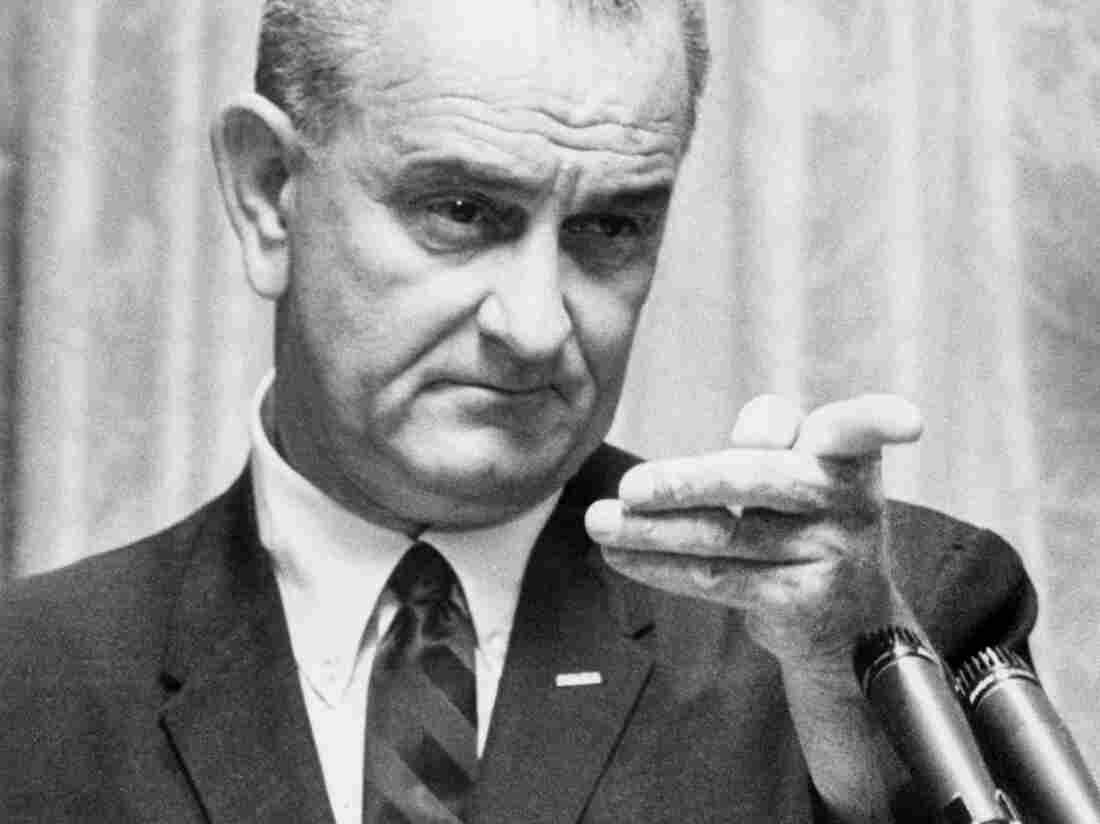 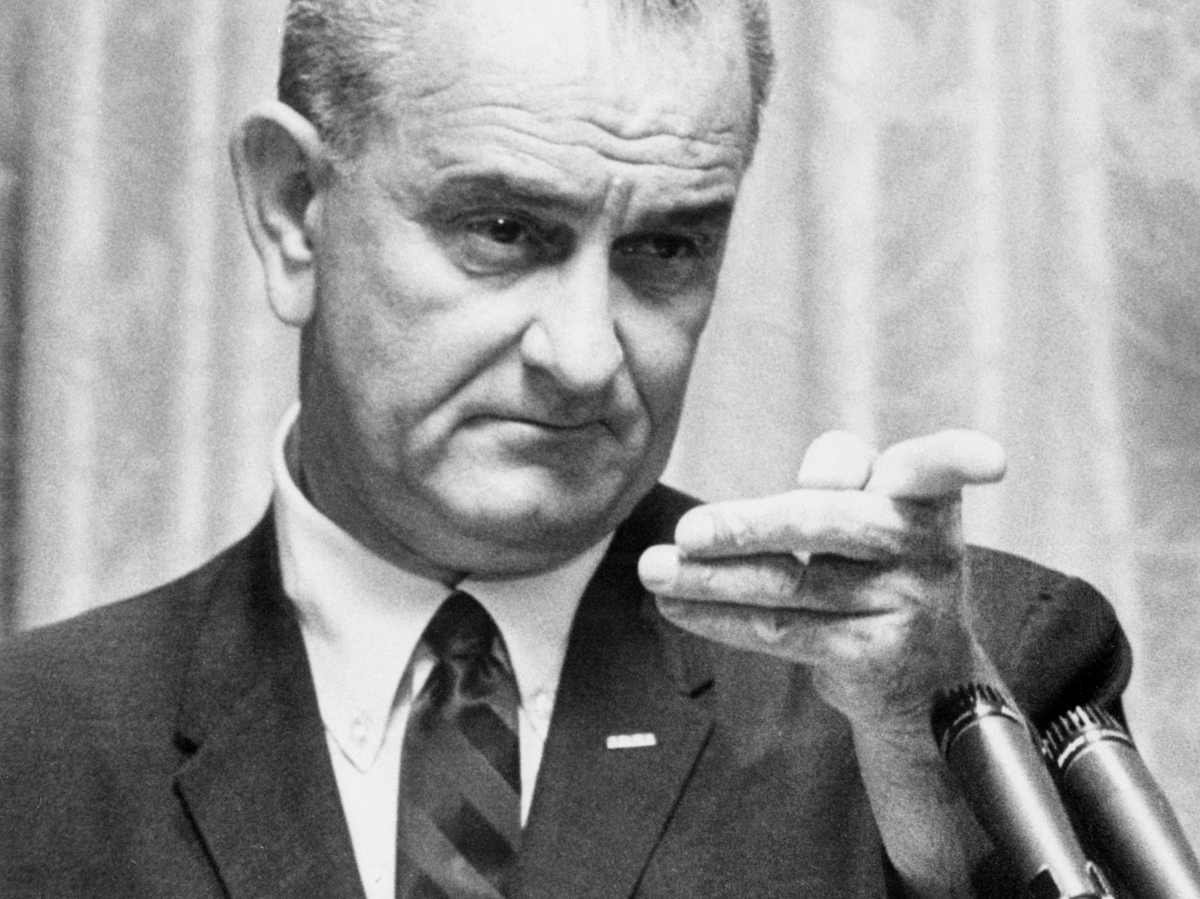 Lyndon B. Johnson delivers a speech 28 July 1965 in the White House in Washington, D.C. 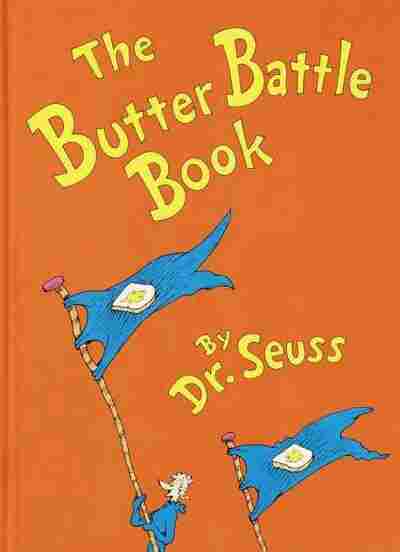 When it was published in 1984, Dr. Seuss's The Butter Battle Book was understood as a kids-eye view of the Cold War. The story begins as an old man shows his grandchild the wall dividing their people, the Yooks, from their sworn enemies, the Zooks. Their dispute, which centers on the proper way to eat buttered bread, has dragged on for years, fueling an arms race from which there seems to be no escape. By the end, slingshots have given way to the Eight-Nozzled Elephant-Toted Boom-Blitz, then to the most fearsome weapon of all, the Bitsy Big-Boy Boomeroo — a Seussian take, of course, on the atom bomb, its name hinting at Fat Man and Little Boy, the real-life weapons that ushered in the nuclear age.

The "nuclear option" we learned about this week doesn't have anything to do with atomic bombs, thank goodness, but Majority Leader Harry Reid's decision to allow for a senate rule change was explosive news nonetheless. Like the Yooks and Zooks of The Butter Battle Book, congressional Democrats and Republicans have been locked in what has come to feel to many voters like an endless war — whether or not they're equally to blame.

But what's clear is this: Whether it's the Yooks and Zooks or Democrats and Republicans, conflicts generate their own mindless momentum, a back-and-forth of blame and retribution.

The Butter Battle Book ends — spoiler alert! — with both sides poised to drop their bombs — a potent reminder for all of us that it's much harder to end a war than to start one.

Kate Tuttle is a contributor to The Boston Globe.

Read an excerpt of Master of the Senate