Accessibility links
Interview: Matt De La Pena, Author Of 'The Living' When the earthquake strikes — the big one that Californians have been warned about — Shy finds himself on a cruise ship serving towels to the wealthy patrons. But he's not out of harm's way. Matt de la Pena discusses his new novel, The Living, with NPR's Scott Simon. 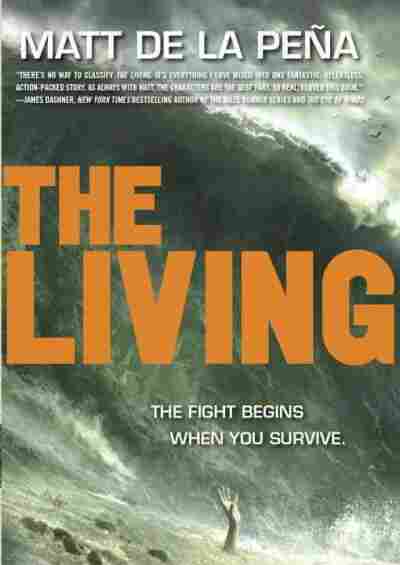 As Matt de le Pena's book, The Living, opens, a young man named Shy works as a towel boy by day and a water boy at night, spending his summer earning money on a cruise ship.

Then the big one hits — the epochal earthquake that Californians have always heard would strike one day — and 17-year-old Shy is flung into shark-infested seas from a sinking ship.

The Living is de le Pena's fifth novel for young adults. It is at once a disaster epic, a survival story and a coming of age novel, told through the life of a young man who is becoming aware of class, prejudice and romance. De la Pena joins NPR's Scott Simon to speak about family, social class and the necessity of context — whether that's a high school or the vast backdrop of nature.

On what fascinates him about Shy

I actually stole him from a failed novel I wrote probably about six years ago. The novel failed, but I loved this kid Shy. ...

The biggest thing is that a kid growing up in a working-class environment often doesn't know how to show emotion. They're taught to be tough, machismo. I think it's fun to watch those characters try to figure out what to do with their heart.

On what attracted him to writing fiction

I was really drawn to spoken-word style poetry. I loved the rhythms, and for some reason, I was just drawn to this poetry as a way of expressing my feelings, because I didn't have any other outlet. But once I got into college, I discovered literature — in particular, multicultural literature. I just started to understand the power of story and narrative, and you know, like anyone else, I kind of wanted to do it, too. 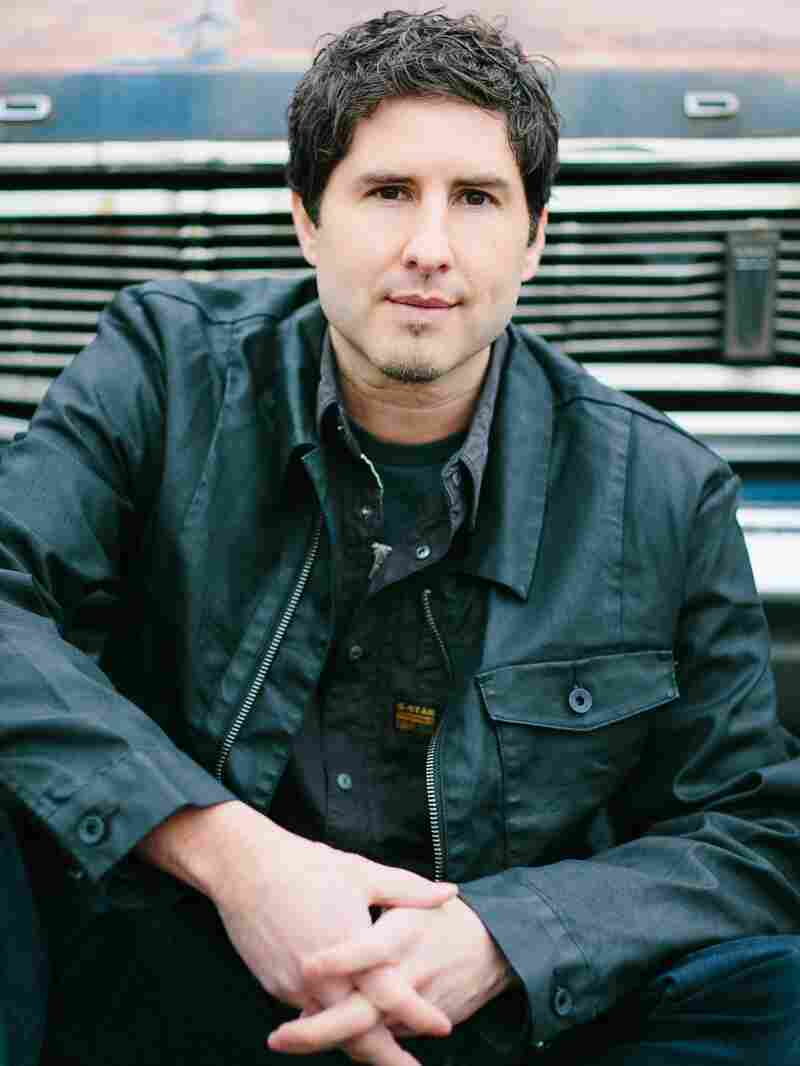 Matt de la Pena has written five young adult novels, including Mexican WhiteBoy and I Will Save You. Heather Waraksa/Courtesy of Delacorte Press hide caption

On being a self-described working-class writer

When I was young, I grew up in a family of working-class people. Not just my parents, but my extended family, as well. There wasn't education, but I will tell you one thing: I saw my dad get up every single day — never took a sick day. That experience of seeing my dad work so hard and my mom work so hard, it translates for me into the writing process in this way: I have to clock in every day, just like my dad did, going to the zoo. It's just that I'm sitting at a desk, writing a book.

On his father's unlikely path to becoming an avid reader

When I was born, he was a teenager. He got a job immediately, worked that job for 25 years — until they found a way to get him out of there, because he didn't have the education to be at the position he'd worked himself up to. So my dad lost his identity, because he believed that the San Diego Zoo was his identity.

Eventually, he found literature — through me, actually. He borrowed one of my novels, One Hundred Years of Solitude. He read it; he liked it. He wouldn't tell me anything more than [that] he liked it. But eventually, he started reading every single book that I gave to him. Covertly, he enrolled himself in a community college, and then ultimately went to the University of California at Santa Cruz and got his bachelor's in literature.

It's really just changed this man's life. The last time I was home, he points to a James Joyce line and said, "This is why we read James Joyce, Matt." Which is just such a shock, considering where he'd come from.

On the influence of social class on his fiction

In all of my books, I really want to work with working-class people. My goal is to show the moments of grace and dignity in their lives.

But this book was different, because I now had them interacting with extreme wealth. And I think it was the first time that they started to understand, "Wow, in the construct of this country, my life doesn't mean as much." But now when the earthquake hits and everything is falling apart, all of that is stripped away and humans are just humans again. It was a very interesting thing for me to follow. I didn't even know that that was going to be a big part of the book until this earthquake hit.

On the challenges of writing for the young adult genre

When I first became a young adult author, I thought, "Wow, I'm going to have to really eliminate some content." But that's not the case. You just have to make sure it's not gratuitous, but you can really do anything you want in young adult as long as it's good.

Here's what I've learned: If you're going to write a young adult novel about a 17-year-old character, it can't be from the point of a 52-year-old man looking back at when he was 17. The character has to be 17 right now. The feel of the prose has to be immediate.

On how speech changes depending on context

I always tell kids that every single one of them switches codes depending on who they're speaking to. The one lucky thing about my life is that I'm invited to high schools and colleges all over the country. I will speak to the group, but then I'll sort of [sit] in the background and just listen to young people speak. I also play a lot of pick-up basketball, so I also listen to people speak in that context. Sometimes, I don't even think I'm writing books. I'm just plagiarizing the world.

I write about mixed kids, and I want mixed kids to see themselves in literature. I think that's incredibly important. And I also want them to be confronted with the fact that their lives don't mean as much as we tell them they do. Eventually, they're going to find their path, but I think you have to know how little you are before you can become somebody important.

Read an excerpt of The Living

And what the natural world does for us, is it can show us how little we are. I think, living in New York, I often find myself looking around and saying, "Wow, humans believe that they dominate the earth." But then if you go to a place where the ocean rules, you realize, "Wow, I'm so small." And I think that's really important for humans to realize.