Accessibility links
First Listen: 'I Heard The Angels Singing' This 4-CD set captures the glory days of Nashboro, the powerhouse gospel label that put out a huge amount of music, held together by a signature echo. It's a gorgeously articulated sound space.

I Heard the Angels Singing: Electrifying Black Gospel from The Nashboro Label 1951-1983 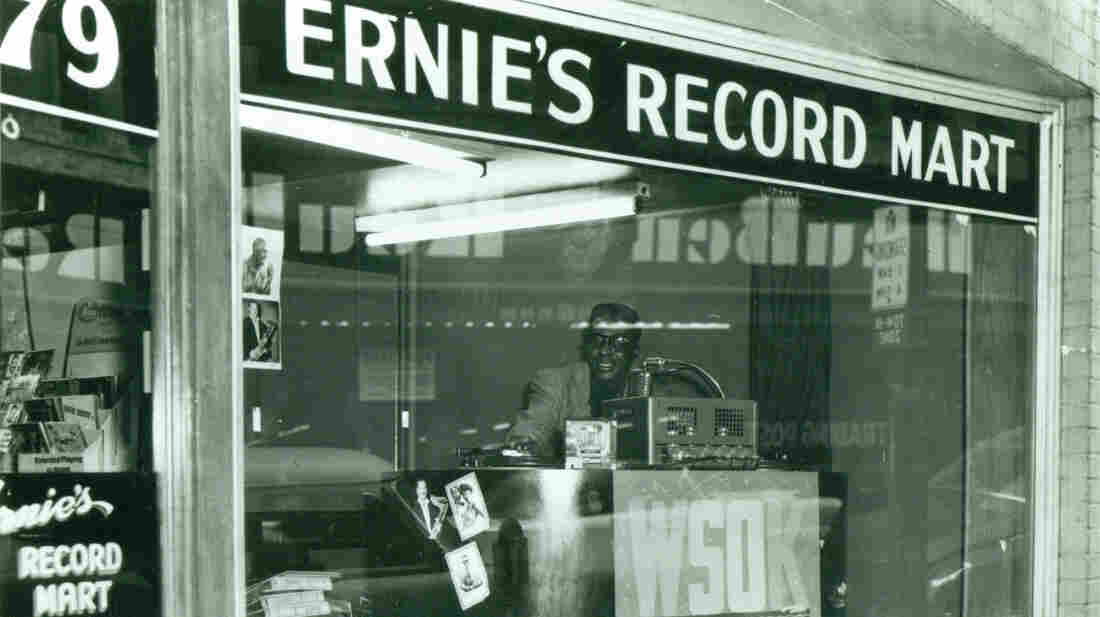 Morgan Babb — lead singer of the gospel group, the Radio Four — is pictured DJing in the window of Ernie's Record Shop circa 1955. The store was owned by Nashboro Records. Opal Louis Nations hide caption 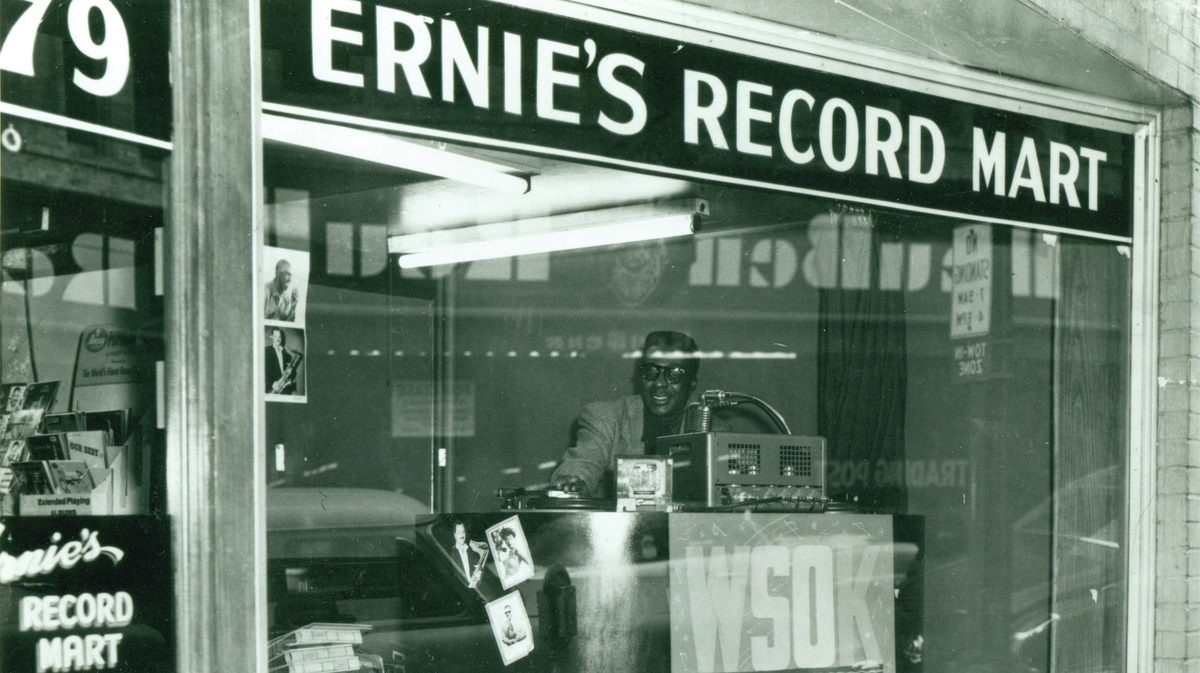 Morgan Babb — lead singer of the gospel group, the Radio Four — is pictured DJing in the window of Ernie's Record Shop circa 1955. The store was owned by Nashboro Records.

Nashboro was born in a record store, the best possible cradle for this great gospel label. Ernie's Record Mart owner Ernie Young had previously worked as a jukebox stocker in Nashville, and by 1952 he knew what sounds moved buyers. He sponsored an hour-long gospel show on 50,000 watt Southern radio station WLAC, which played lots of Nashboro records. Young's business skills made his Nashville-based label a gospel powerhouse that ultimately bankrolled raw rhythm and blues label Excello. Young knew enough about Jesus and enough about themoneychangers, too, to broker an arrangement between the often-feuding parties.

From 1951 until the early '90s, when Young sold it, Nashboro was one of the leading gospel labels, and its glory days are captured on the 4-CD set I Heard the Angels Singing: Electrifying Black Gospel From the Nashboro Label, 1951-1983, produced by Mike McGonigal, Kevin Nutt and Tompkins Square founder Josh Rosenthal. Nashboro's bread was buttered by vocal quartets that typically paired a gritty lead singer with sweet harmonies. The label helped bring the quartet sound back in the '50s, and songs like The Swanee Quintet's "It's Hard to Get Along" illustrates the form perfectly: Ruben Willingham's baritone puts sand in the karo syrup, and when the Swanees vamp on one chord you feel like you'd follow them on a march up any mountain.

Nashboro put out a huge amount of music, none of which has been licensed in years. I Heard the Angels Singing includes numerous fine women singers, like Lucille Barbee ("Let the Church Roll On") and Madame Edna Gallmon Cooke ("I Can't See Them Now"), both singers projecting a stately resolution against forces prepared to knock them down. There is much organ backing; there are also some fine later day performances from folks like Dorothy Love Coates ("Heaven, I've Heard So Much About It") and a tricked-out hair-singeing vocal by Willie Neal Johnson ("Bless Me").

Holding the music together across 4 CDs is the label's signature echo. Young liked tremolo in the guitar, slapback in the bass and reverb from the vocals, and he built a primitive studio in the attic of his record mart efficient at generating it. The Nashboro echo summons the woods that once nurtured many a church on the edge of small towns, and the road at night, the gospel highway that nurtured these artists. It's a gorgeously articulated sound space.