Accessibility links
Amid Crime And Poverty, Hondurans Go To The Polls Hondurans vote for a new president on Sunday. Crime, gangs and drug cartel violence have made it among the most dangerous countries in the world. If that weren't enough to drive voters to the polls, Honduras's economy is nearly bankrupt, and more than half of the country lives in poverty. 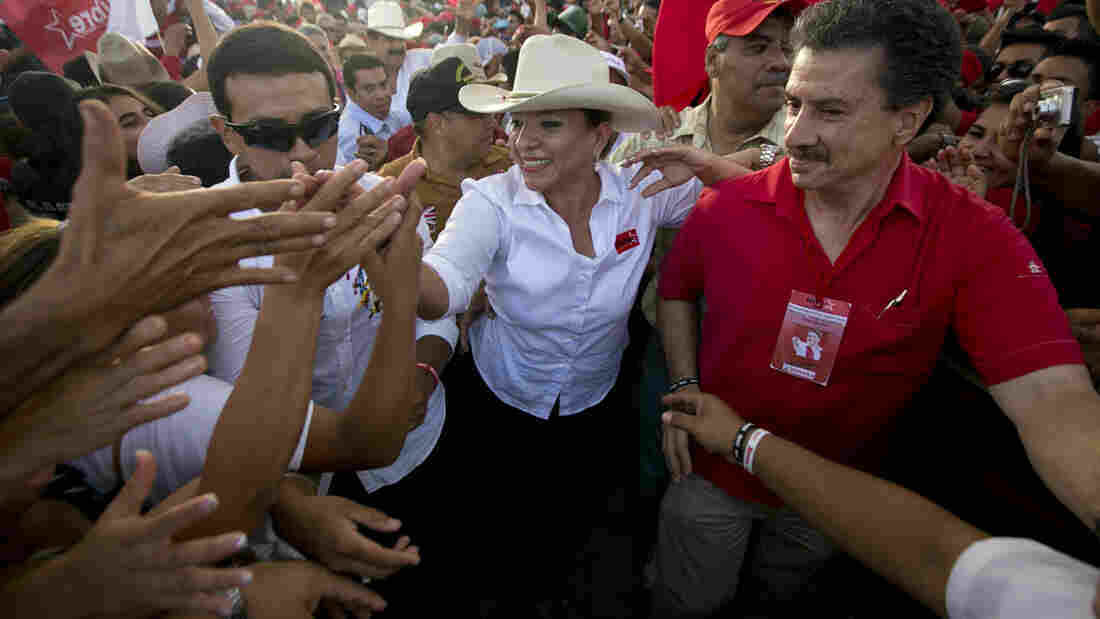 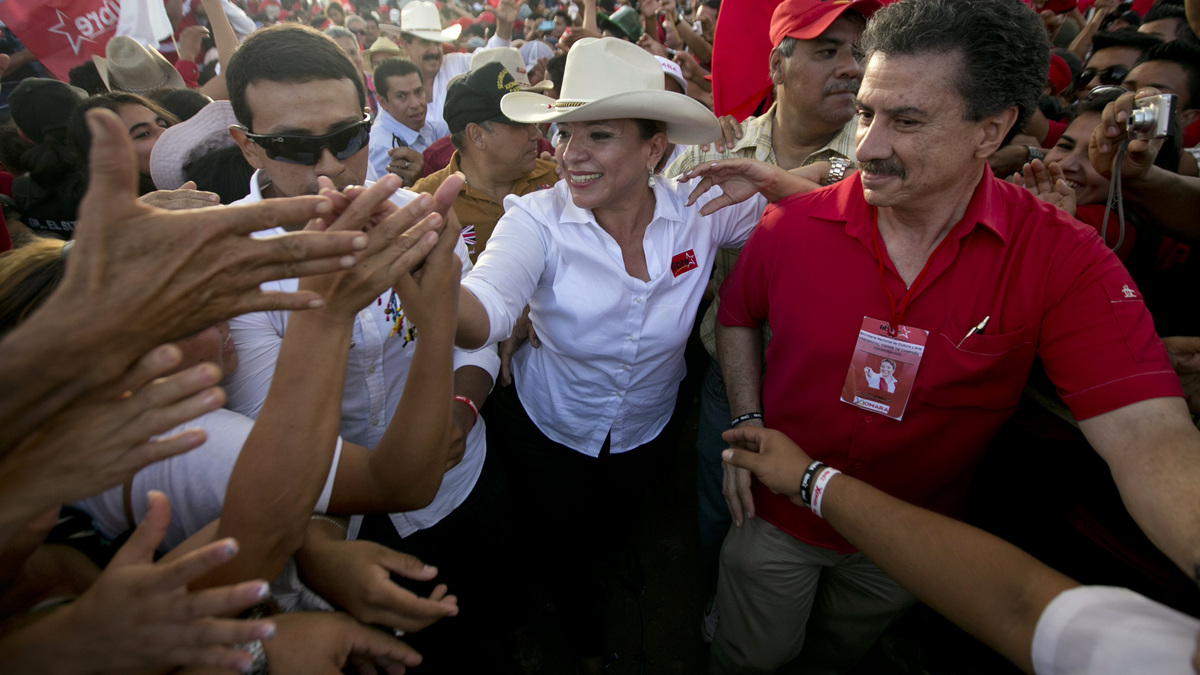 Voters go to the polls in Honduras to elect a new president on Sunday. It's the first open election with all parties participating since a coup overthrew the left-leaning government in 2009.

The elections come at a difficult time for the longtime U.S. ally. Two-thirds of its people live in poverty, unemployment is soaring and the murder rate is one of the highest in the world due to drug traffickers and gang violence.

Tegucigalpa's narrow downtown streets are crowded and loud. Vendors hawk everything from bread to pirated CDs, while men push passengers onto buses.

In a very low voice, a man in the central market says that people all over the city pay gangs a war tax.

He says all the stalls in the market, the tiny convenience stores, even the women selling tortillas pay it. The man, too scared to give his name, said that for his five-car taxi business, he pays the gangs 15,000 lempiras — about $750 — a month.

He blames the current ruling party for letting the gangs do as they please, and says he'll vote for the new Libre party. Xiomara Castro, the Libre candidate for president, says she'll restore peace and justice in Honduras, which has become the favorite transit stop for South American cocaine heading into the U.S.

Critics say that Castro is a front for her husband, the former president deposed in the coup. Nevertheless, she's been a strong campaigner and rides high in the polls.

But despite few TV spots, Libre hasn't advertised much. It's been outspent and out-organized by the ruling National party's candidate, Juan Orlando Hernandez. The 45-year-old, charismatic head of the Congress is popular with many for his plan to put the military back on the streets, and for his program giving 10,000 lempiras to poor families.

Eight-year-old Sarah Ester Gonzalez, who sells chocolates on the downtown streets, says her parents will vote for Orlando Hernandez because he gave them money.

Hernandez has been rounding up votes with a 100-person call center at his headquarters.

"A vote for Juan Orlando is a vote for a safe, prosperous and peaceful Honduras," says the operator on a call. Before hanging up she adds, "Be sure to pick up one of the candidate's free discount cards, good at most stores."

Election observers like Ulrike Lunacek, who heads the European Union's team here, says its troubling that the campaigns haven't been clear about how much money they've spent or where it comes from.

"I think one of the best methods or medicines against corruption is transparency, and the financial transparency hasn't been there," Lunacek says.

She adds that preparation for tallying today's vote has been shaky, too. There is much concern about violence breaking out if election results are delayed or very close.

"We have no illusion that this is going to be easy," Jacobson says.

But she says the U.S. is ready to back whoever wins, as long as the election is clean and free.