Accessibility links
Many Americans Will Be Giving Thanks For Lower Prices Travelers will find gasoline prices are down considerably from last Thanksgiving. But consumer confidence is slumping too. So AAA, the auto club, says it expects to see a dip in holiday travel, compared with 2012. 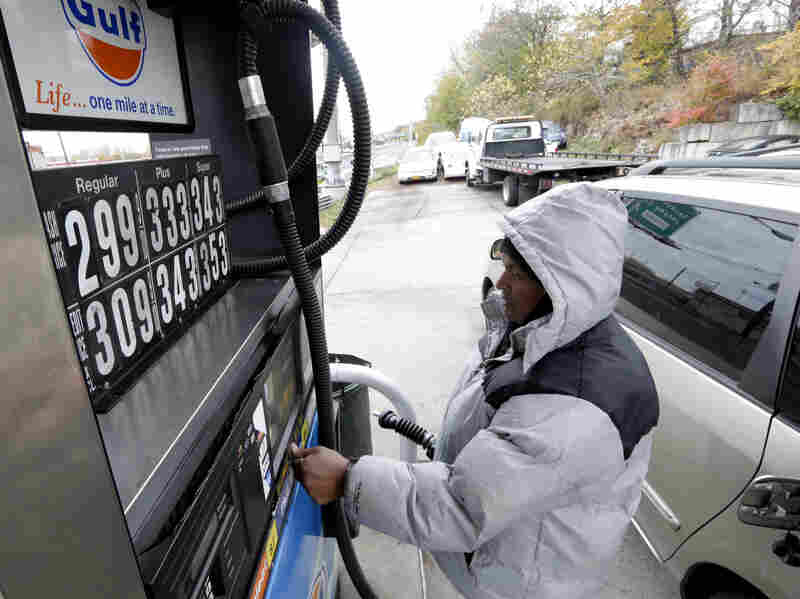 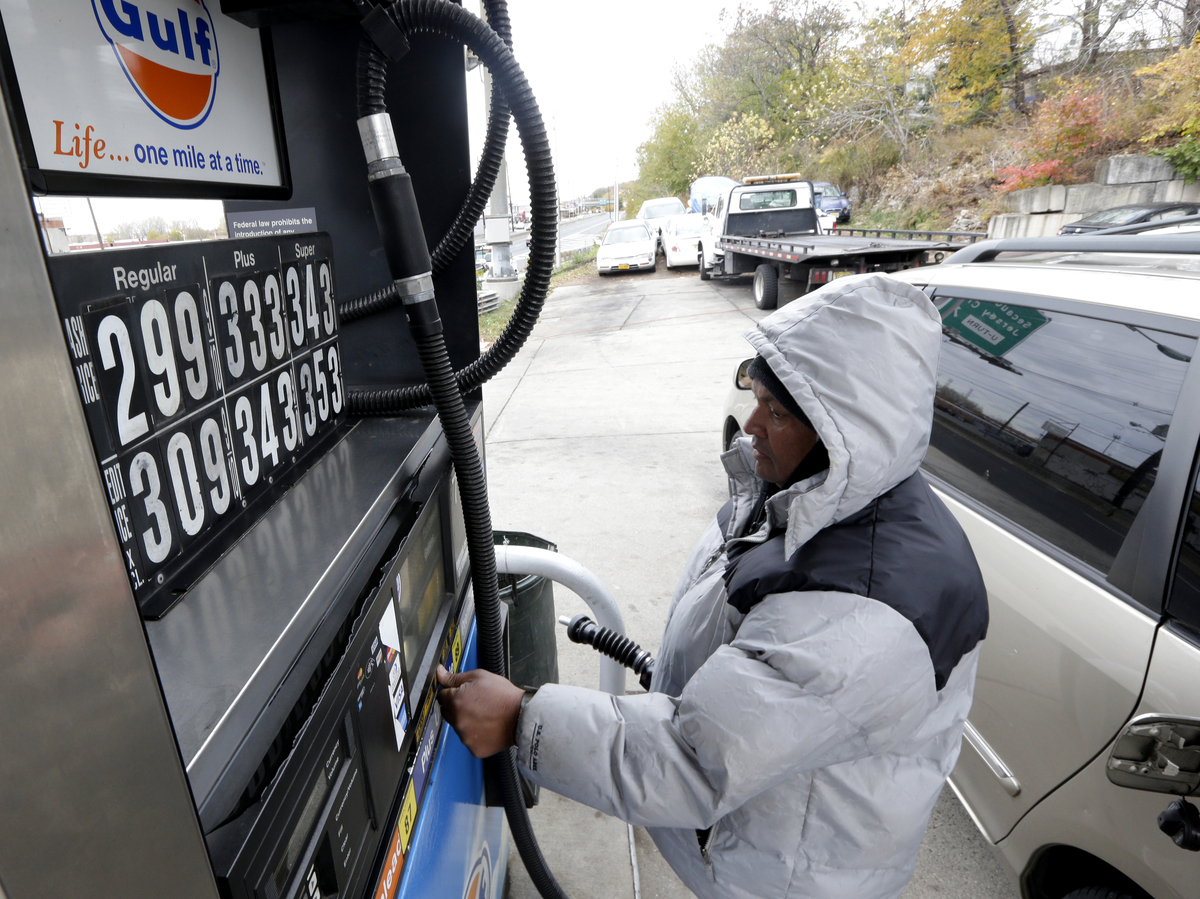 When Americans drive to their Thanksgiving gatherings this week, they will have one more blessing to count: lower costs.

Gasoline is cheaper than last year. Turkey prices are down, too. And retailers are joining in, offering big discounts on TVs and other goods.

For people who watch every penny, this Thanksgiving will be a good time for pinching.

"Travelers attempting to carve out a travel budget will be happy to know that Thanksgiving will be the least expensive holiday of the year," AAA chief operating officer Marshall Doney said in a statement.

Economist Michael Montgomery, writing for the forecasting firm IHS Global Insight, saw no reason for price-hike worries. "There is no inflation pressure now and none in the pipeline. That is why consumer goods prices are easing rather consistently," he said.

The gasoline-price drop is especially noticeable. A gallon of regular gas is running at about $3.21, according to the federal Energy Information Administration. At this time last year, the price was 21 cents higher. Economists say the current price will leave an extra $2.5 billion in consumers' pockets, compared with 2012.

Drivers are noticing the cheaper prices. "I think they seem lower than they have been in a while," Jeff Kauffman said as he filled his gas tank at a station in Stamford, Conn. A gallon was selling for $3.63 there, well above the national average, but down from the $4 he had been paying earlier in the year.

Fuel prices are at the lowest levels for the Thanksgiving holiday since 2010.

Kauffman said he worries that cheaper gas will encourage more drivers to hit the road during peak travel periods around Thanksgiving. At this time of year, the highway congestion is "awful. It's always awful," he said.

But AAA says lower fuel prices may not spur as much road traffic as some might expect. In fact, during the period from Nov. 27 to Dec. 1, AAA predicts 38.9 million people will drive more than 50 miles from home, down 1.6 percent from last year.

"While the economy continues to improve, the sluggish pace of the recovery is creating uncertainty in the minds of some consumers," Doney said in a statement.

That uncertainty also is restraining air travel as well. Airlines For America, a trade group for the major carriers, says it expects a slight increase in passengers this year. But AAA disagrees, predicting a dip in air travel.

In any case, most travelers won't see significantly higher ticket prices, according to Brian Ek, senior travel analyst with Priceline.com.

"I would say the fares are on par with last year, or up less than 5 percent, so nothing meaningful," Ek said. Given the lack of consumer confidence, "the airlines know there's only so much elasticity in pricing, even for the holidays."

Tom Lekowski is a Charlotte, N.C., resident who plans to fly to Boston for a Thanksgiving visit. He says he did not notice any serious price increases when he booked this flight. "It's about the same as last year," he says.

When Lekowski's family members gather around the dinner table, they likely will find their wallets have not been squeezed — at least no harder than last year. The American Farm Bureau Federation says an average Thanksgiving meal for 10 people will cost $49.04 this year, down 44 cents from last year.

And if the urge to shop strikes them, consumers should find plenty of bargains. For example, Wal-Mart said it would match some of Target and Best Buy's most enticing "Black Friday" bargains — well before Thanksgiving Day even arrived. That kind of early and fierce price competition shows retail chains "are getting ready for a very intense Black Friday-to-Christmas Eve shopping season," according to an IHS Global Insight report.