Accessibility links
What Really Makes Katniss Stand Out? Peeta, Her Movie Girlfriend There's been a lot of talk about Katniss Everdeen as an unconventional heroine, but she's also got a pretty unconventional love interest, in that he would be a more Hollywood-conventional girlfriend than boyfriend.

What Really Makes Katniss Stand Out? Peeta, Her Movie Girlfriend

What Really Makes Katniss Stand Out? Peeta, Her Movie Girlfriend 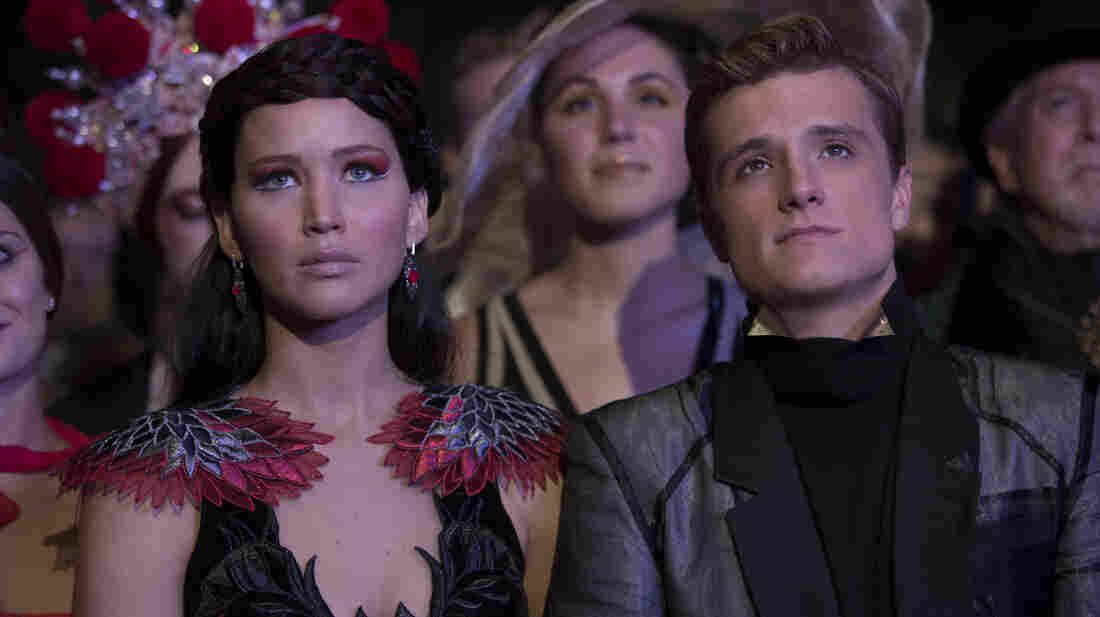 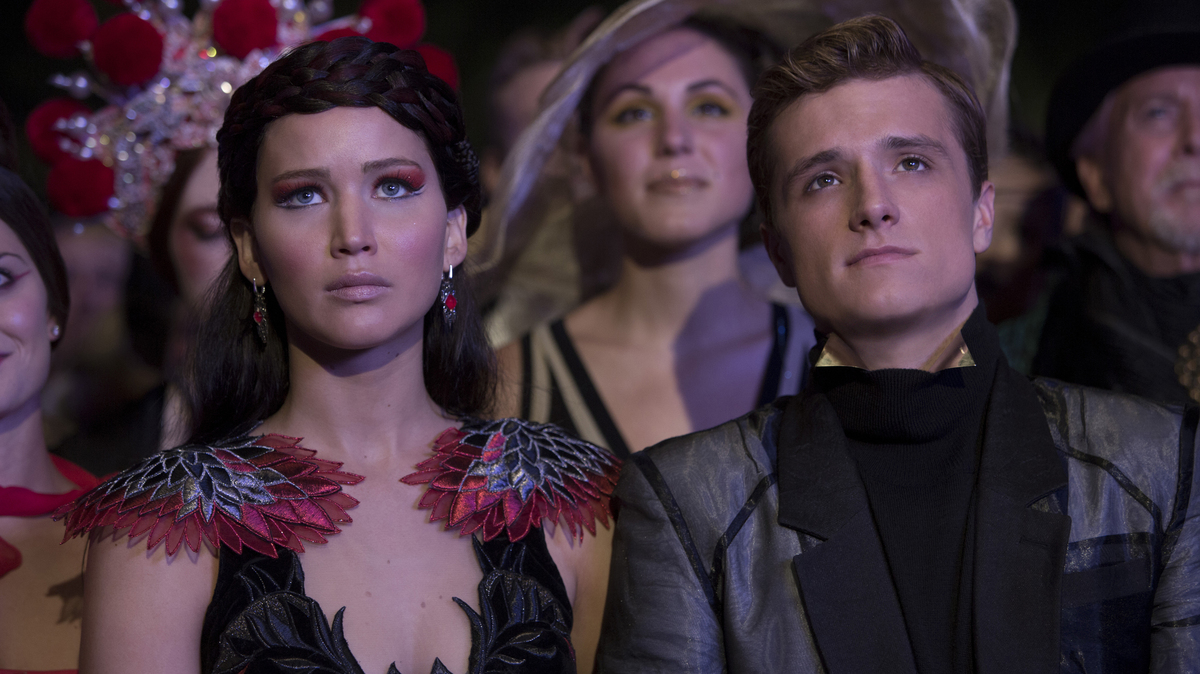 This weekend, Catching Fire, the second chapter of the Hunger Games film adaptations, raked in enormous piles of dough — with over $160 million in one weekend, it's the biggest November opening ever. Ever. (Take that, Twilight sequels.) Much has been said, and rightly so, about Katniss Everdeen and the way she challenges a lot of traditional narratives about girls. She carries a bow, she fights, she kills, she survives, she's emotionally unavailable, she'd rather act than talk, and ... did we mention she kills?

Consider the evidence: Peeta's family runs a bakery. He can literally bake a cherry pie, as the old song says.

He is physically tough, but markedly less so than she is. He's got a good firm spine, but he lacks her disconnected approach to killing. Over and over, she finds herself screaming "PEETA!", not calling for help but going to help, and then running, because he's gone and done some damn fool thing like gotten himself electrocuted.

Her larger mission — her war against the Capitol — often drifts out of focus behind her smaller, more immediate mission: saving Peeta. She lets others know that if it's down to the two of them, he should be saved because of his goodness. She is unsurprised when she's told she doesn't deserve him.

He encourages her to talk about her feelings. He encourages her to share herself with others. He promises her, falsely but selflessly, that her indifference doesn't hurt him and she owes him nothing. If she ever wants to come to her senses, come down from those fences, he'll be there.

He's better than she is, but softer. He's less knowing than she is. He's less cynical than she is. He's just as tough and as brave as he can possibly be with the skill set he has, and she's responsible for mopping up when that's not enough. To fail to protect him is to betray her, because that may well be the only job she gives you.

She kisses him sometimes, but she keeps him on a need-to-know basis, and she decides what he needs to know.

He loves her as she is, while knowing he'll never change her and parts of her will always be mysterious and out of reach.

Don't get me wrong: In real life, we all know couples of all gender alignments who operate in this way and in lots of other ways, whether they're male-female or two guys or two women or whatever; there's absolutely nothing about baking, physical strength, or emotional accessibility that is inherently gendered in real life for real humans with any consistency. But the movies, or at least the big movies, are different. Going by the traditional Hollywood rules, make no mistake: Peeta is a Movie Girlfriend.

Peeta is Pepper Potts and Gwen Stacy, helping and helping and helping until the very end, when it's time for the stakes, and the stakes are: NEEDS RESCUE. Peeta is Annie in Speed, who drives that bus like a champ right up until she winds up handcuffed to a pole covered with explosives. Peeta is Holly in Die Hard, who holds down the fort against the terrorists until John McClane can come and find her (and she can give back her maiden name).

In fact, you could argue that Katniss' conflict between Peeta and Gale is effectively a choice between a traditional Movie Girlfriend and a traditional Movie Boyfriend. Gale, after all, is the one whose bed she winds up steadfastly sitting beside after she helps bind his wounds. Gale explains the revolution to her. She puts up a plan to run; Gale rebuffs it because he presumes himself to know better. Gale is jealous and brooding about his standing with her; Peeta is just sad and contemplative.

Gale works in the mines, not in a bakery. He's a hunter. He grabs her and kisses her because he simply must. He's taller. (Real talk: HE'S THOR'S BROTHER.)

There's more to the unusual gender dynamics in these stories, in other words — particularly, I think, in the films — than the idea of a girl who fights. There's also a rather delightful mishing and mashing of the ideas of what's expected from young men in movies where everybody is running around shooting and bleeding.