Accessibility links
Infamous Reporter Stephen Glass Vies For Bar Admission The New York State Bar rejected Glass on moral character grounds nine years ago, and the California Supreme Court is likely to do the same. Still, some say the man who fabricated dozens of magazine stories has changed and should be given the chance to practice law. 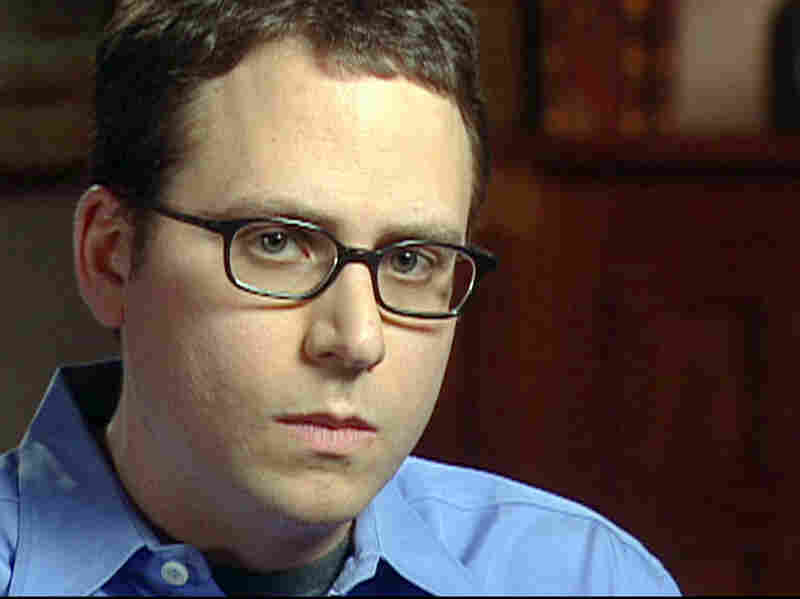 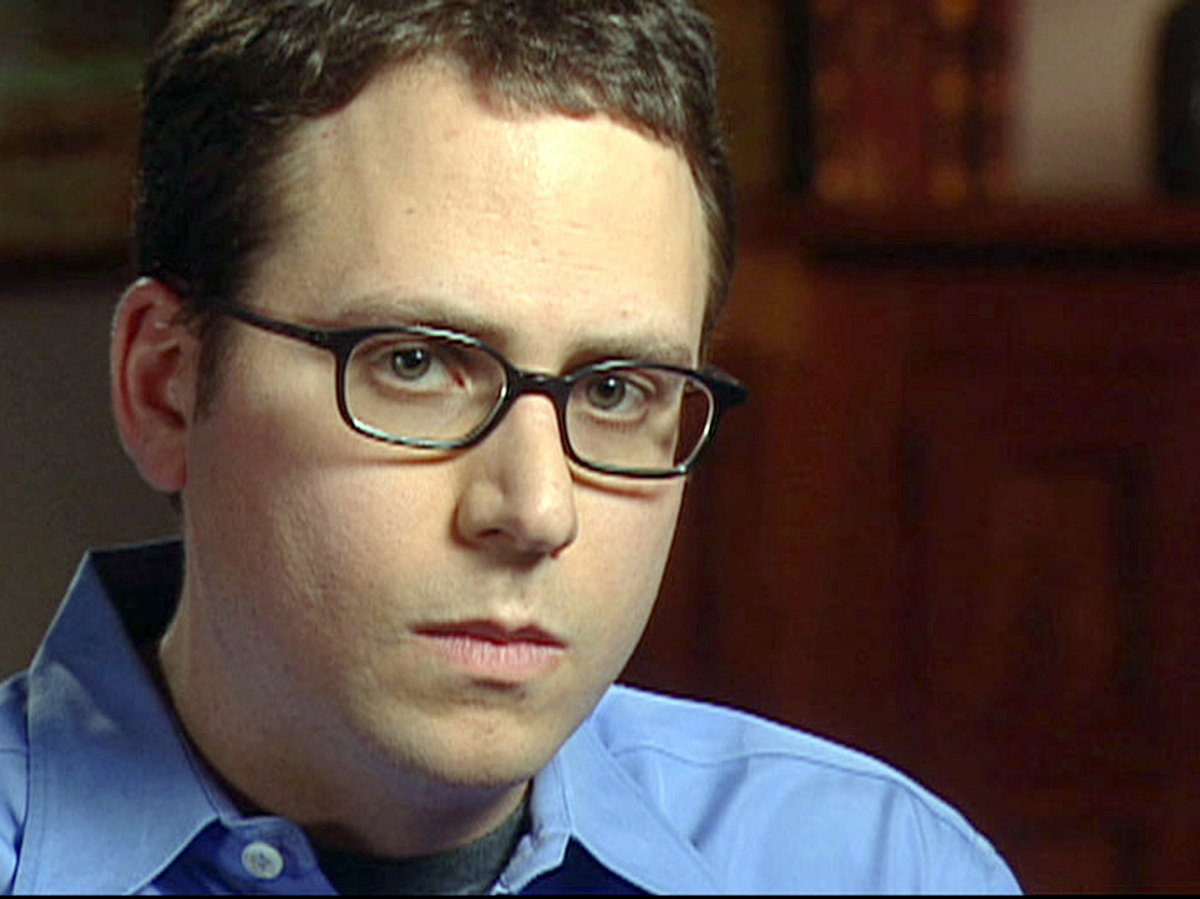 Stephen Glass during a 2003 interview with CBS News' 60 Minutes.

Fifteen years ago, Stephen Glass fabricated dozens of articles. Now, he is facing off against the California bar over whether he has the moral character required of lawyers.

As a reporter in his early 20s, Glass spun fantastical, oddball stories for prestigious magazines — The New Republic, Rolling Stone and Harpers. He quoted anonymous sources who described civil rights leader Vernon Jordan as lecherous, detailed the drunken antics of young Republicans, and claimed a customer service representative called him a Jewish slur. These were lies. In all, Glass fabricated in whole or in part 42 stories. His deceit was so shocking that Hollywood made a movie about it called Shattered Glass.

Glass went to incredible lengths to cover up his fabrications. He created phony business cards and a fake website, and had his brother impersonate a source. It wasn't until 2009, long after he was fired from The New Republic, that he provided a full list of all of his articles that contained lies. But in oral argument before the California Supreme Court, Glass' lawyer, Jon Eisenberg, pleaded with the justices earlier this month to have faith in his client.

Twenty-two witnesses testified as to Glass' integrity today, among them his psychiatrists, his employer of nine years, two judges whom he worked for and even the owner of The New Republic. He's simply a different man, they said. But the justices of the California Supreme Court cracked the moral whip. Why hadn't he done more to make amends for his wrongs?

You're asking a kind of a hyper-Christian redemption out of him, and I just don't think that's proper for a court to set a standard that high.

"How about just undertaking a crusade through books and appearances and lectures and adjunct professorships to tell the tale of moral failure and moral redemption?" asked Justice Kathryn Werdegar.

But, says Geoffrey Hazard, who teaches ethics at the University of California Hastings College of the Law, "You're asking a kind of a hyper-Christian redemption out of him, and I just don't think that's proper for a court to set a standard that high."

"The question is, was his integrity bad before? Of course. Can integrity be restored? I think it can. And if it can, I think this is a case where it was," Hazard says.

I don't have enough confidence that he is no longer a liar, that he can be trusted to tell the truth when he talks to judges, to adversaries and to his own clients

Of course, lawyers don't exactly have the best reputation as it is. Everyone, it seems, has a story about an unethical lawyer. And the legal community has allowed a lot of people with questionable backgrounds to practice law, including convicted felons. Some of them have turned into great success stories. But in professions like law and journalism, where one's word is golden, liars may be more scorned than criminals.

"I don't have enough confidence that he is no longer a liar, that he can be trusted to tell the truth when he talks to judges, to adversaries and to his own clients," says New York University legal ethics professor Stephen Gillers. Gillers had been a fan of Glass' articles.

"There are some people whose conduct is so fundamentally at odds with what we expect of members of the bar that it would insult the bar to admit them to practice. And he's one of them," he says.

The New York State Bar rejected Glass on moral character grounds nine years ago. And based on oral argument, it looks likely that the California Supreme Court will do the same. A decision in the case is expected by early next year.