Accessibility links
The Stock Market Loves The Fed For Now, But Can It Last? Major stock indexes have shot to record highs in the U.S. this year, gaining more than 20 percent, and yet economic growth remains at disappointing levels. A lot of analysts say the Federal Reserve's stimulus efforts are behind the stock boom and a possible bubble. 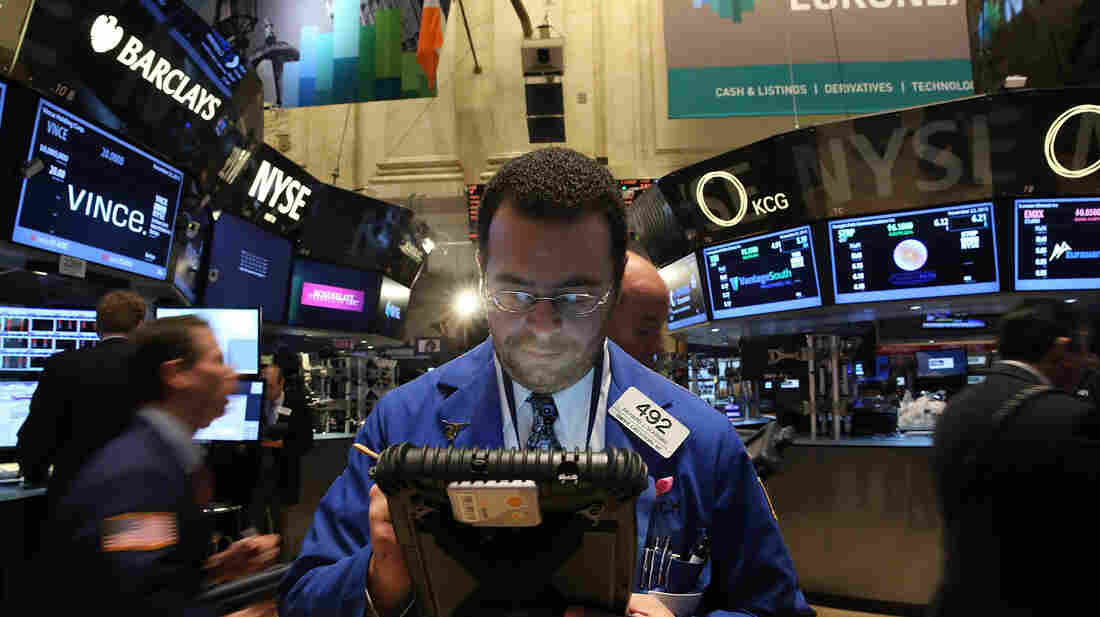 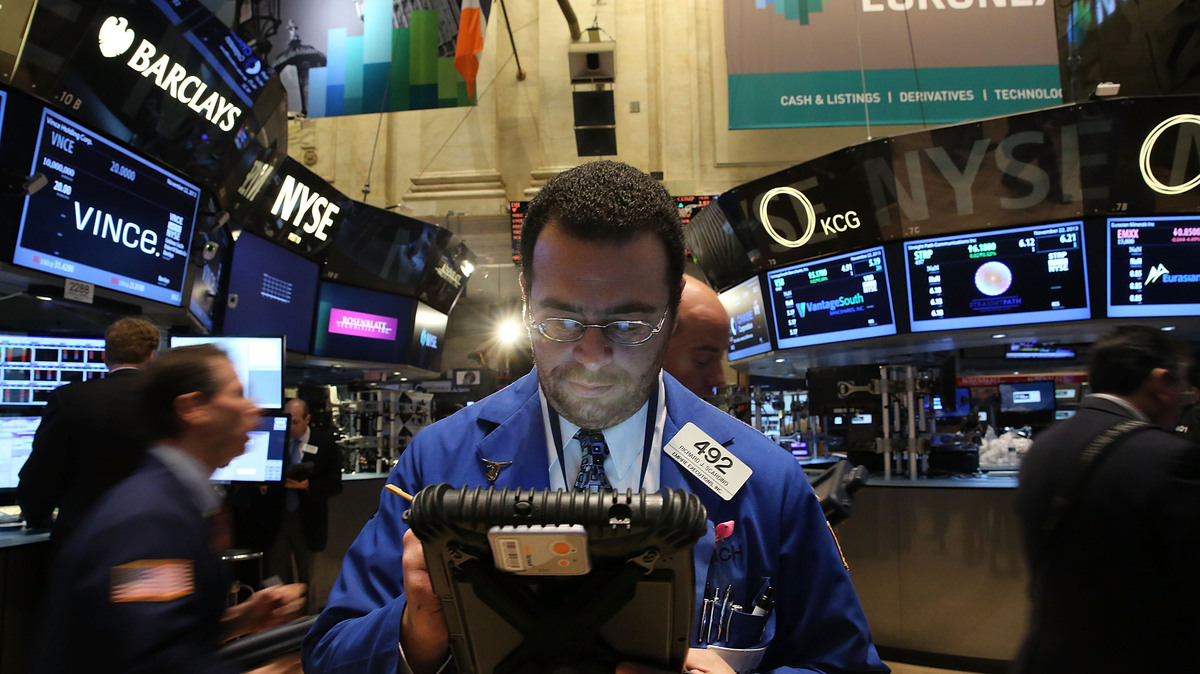 The Dow Jones industrial average closed above 16,000 for the first time last week.

Major stock indexes have shot to record highs in the U.S. this year, gaining more than 20 percent, and yet economic growth remains at disappointing levels. A lot of analysts believe the stimulus efforts by the Federal Reserve are behind the stock boom and a possible bubble.

Mohamed El-Erian, CEO of the giant bond fund PIMCO, says the markets would not have done so well without that support from the Fed. He says the stock market has become dependent on the $85 billion a month the central bank is adding to the financial system in its third round of quantitative easing, or QE3. The Dow industrials closed above 16,000 for the first time last week, and the S&P 500 crossed the 1,800 threshold on the way to new highs.

El-Erian says the evidence is clear: When Fed Chairman Ben Bernanke said in June that the Fed might begin dialing back the stimulus, or tapering, as early as September and then end it next July, stocks dropped sharply. The opposite happened when September came and the Fed decided not to reduce the stimulus.

"When the Fed decided to the surprise of everybody not to taper, the markets took off, so you can identify very clearly the comfort that investors have in riding this massive central bank liquidity wave," El-Erian says.

And why is the market so influenced by the Fed? It's because through its stimulus, El-Erian says, the Fed has "pushed" investors into the stock market. The Fed's policies have reduced interest rates to historically low levels. That means the return on money market funds is near zero and the return on Treasury bonds is extremely low, so investors are "pushed" into stocks to get higher returns.

But El-Erian says pushing someone into something is a tricky business.

El-Erian says the Fed's policies did help the economy avoid a depression and grow faster. But, he says, the Fed has gotten no help from Congress. He says its policies and brinksmanship have hurt growth. That's forced the Fed to keep its stimulus in place too long, and there's now a risk the Fed's exit could tank the stock market.

"We are so deep in experimental mode. We are using untested tools. There [are] no analytical models or historical experience or game plan that can help us," El-Erian says.

That was also the conclusion of a recent report from the McKinsey Global Institute, the research arm of the of the big business consulting firm.

"Investors are clearly watching every move the Fed makes, but when you look for evidence that in the long term equity prices are higher than would be justified by fundamentals, there's no evidence of that," says Susan Lund, a partner in the firm.

Lund says the market is up so much partly because it dropped so far during the Great Recession.

"Typically after stock market slumps you do see a rebound and that also the stock market gains reflect in the long term, just the rise in corporate earnings and the amount that corporations have today," she says.

And, she says, the fact that the ratio of stock prices to company earnings is about at the historical average suggests there is no bubble. Other economists who see a bubble developing counter that company profits today are largely the result of cost cutting, not growth in sales. But the no-bubble side points out that adjusted for inflation, the S&P 500 index is no higher now than it was 13 years ago.